The Rise of Ramen: How “Chinese Noodles” Became a Japanese Favorite

Lifestyle Oct 3, 2014
Originally from China, ramen has become one of Japan’s most popular dishes over the past few decades, sparking intense competition among the nation’s ramen shops. This article looks at the history behind Japan’s infatuation with ramen.

“When I get back to Japan, the first thing I want to eat is ramen,” is something you often hear from Japanese people living overseas. The noodle dish has become an essential part of the nation’s food culture. And ramen chefs are in constant competition to take the dish to the next level by trying out new ingredients and flavors.

According to the website Statistics Japan, there were over 35,000 ramen shops nationwide in 2013, an average of around 28 outlets per 100,000 people. The figure was almost 71 in Yamagata Prefecture, which boasts the most ramen shops per capita, followed by Tochigi, Niigata, Akita, and Kagoshima Prefectures. But there are probably even more shops out there, since the numbers only include those listed in NTT telephone directories.

In any case, you won’t have to search far to find a ramen shop anywhere in Japan, especially in the larger cities. And most offer a reasonably priced bowl of noodles that you won’t have to wait long for. In Japan, ramen is seen as a sort of fast food that can be eaten either for lunch or whenever you’re feeling a bit peckish. But there is also a large contingent of ramen otaku out there who take their noodles very seriously, and lucky for them the fierce competition in the ramen industry has created no shortage of distinctive tastes and toppings for them to obsess over.

The first Japanese person to eat ramen is said to have been Tokugawa Mitsukuni (1628–1701) the second lord of the Mito domain (now Ibaraki Prefecture). According to this account, a Confucian scholar exiled from Ming China named Zhu Zhiyu (1600–82) became Tokugawa’s teacher and presented him with “Chinese noodles,” the forerunner of today’s ramen. Records indicate that the noodles were made of a mix of wheat and lotus flour, and were served in a broth. An updated version of this original dish is sold in Ibaraki under the name “Mito domain ramen.”

However, these “Chinese noodles” did not catch on immediately; it was not until the Meiji era (1868–1912) that they finally started to win over Japanese diners. At Chinese restaurants in Yokohama’s Chinatown and elsewhere, noodles and soup were supplemented with braised pork (chāshū), bamboo shoots (menma), and halved boiled eggs. Its origins are the reason ramen is often known as Chinese soba (chūka soba) in Japan. 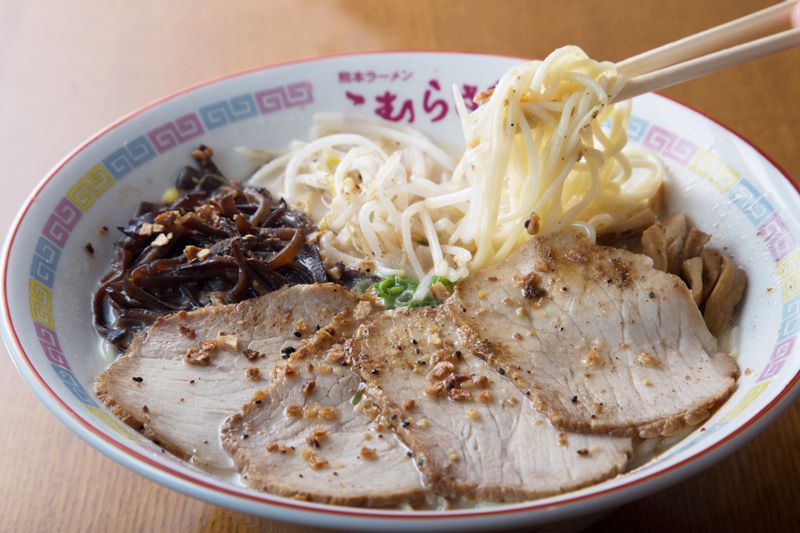 Bowl of ramen from Komurasaki in Kumamoto, Kumamoto Prefecture

After World War II, after returnees from China began selling ramen around the country, it became a favorite down-to-earth dish, rivaling Japanese curry in popularity. At that chaotic time, when food was scarce, ramen was embraced as a cheap and tasty dish sold at street stalls. These modest stalls developed into shops that soon were everywhere in Japan.

The steady proliferation of shops has sparked intense competition, leading to many new kinds of ramen, including upscale variations topped with crab or lobster that can cost as much as ¥10,000 (roughly $100) a bowl. The flipside of this are chains that sell ramen for as little as ¥300 (roughly $3) or less. Despite the occasional expensive bowl, ramen essentially is a cheap, tasty, and fast food, and most chefs try to produce the ultimate variety within those constraints.

The food theme park Shin-Yokohama Raumen Museum is a short walk from Shin-Yokohama Station (the spelling “raumen” reflects an alternative pronunciation of the noodle dish). Inside the museum, which opened in 1994, is the recreation of a typical street from the late 50s or early 60s Japan. As well as enjoying exhibits about cafes, shops for traditional dagashi snacks, and of course ramen, visitors can tuck into the noodles sold by famous shops from around Japan. According to a museum staff member, a total of 3,000 bowls of ramen from all the shops are consumed on weekdays and 6,500 on weekends and holidays. 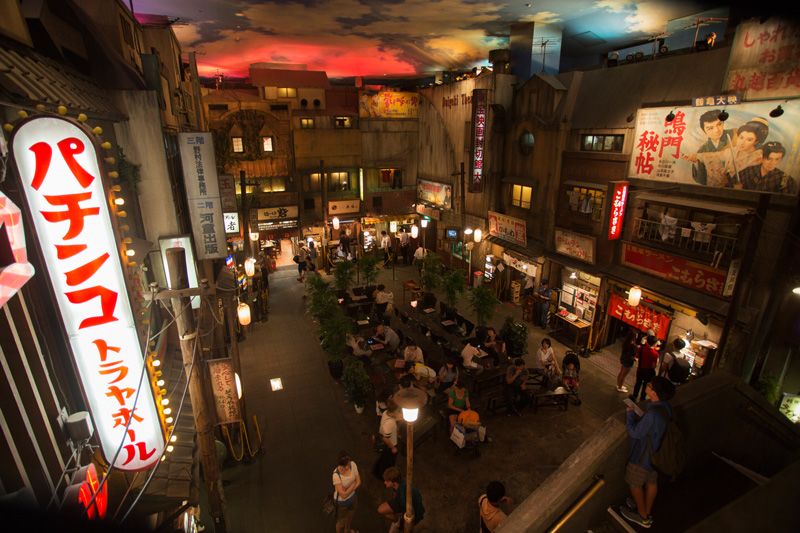 Since opening its doors, the museum has welcomed over 22 million visitors, the record for one day being 10,185. There were plenty of people on the day we visited, too, including some tourists from Barcelona. One of them, a man in his thirties, told us, “I love ramen and I’ve eaten it every day since I came here. Even in Spain, I have it once a month.” 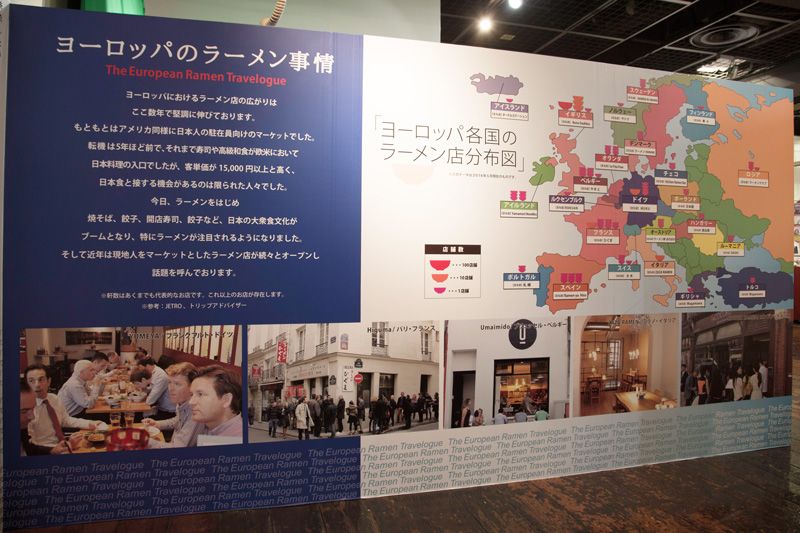 Ramen has not only spread to the United States and Europe, but has also even returned to China in its new Japanese form. Information from the museum indicates that as of February 2013, there were more than 1,000 shops outside Japan, mainly in North America, Europe, and Asia. In New York alone, there are around 50 to 60 ramen shops.

A ramen-related project was also part of the Ministry of Economy, Trade, and Industry’s 2013 Cool Japan Promotion Program. The company Chikaranomoto, which owns major ramen chain Hakata Ippūdō, won the bid to administer the project, which aims to encourage the opening of more ramen shops in Paris and other European locations. In this way, METI hopes to attract more foreign tourists to Japan and boost the economy.

Andō Momofuku, the founder of Nissin Food Products and inventor of instant ramen, invented the slogan Jinrui wa menrui. Playing on the pronunciation of the Japanese word for noodles (men), this could be translated as “Mankind is menkind.” Though such word play doesn’t have quite the same effect in English, in the international language of cuisine ramen provides a flavor all humanity can enjoy!