The Lure of Tainan: The “Roots” of Taiwan with Links to Japan

The City Where Taiwanese History Began

Taiwan is just a three-hour flight from Tokyo. Although it is a small island—around a tenth the size of Japan—its history of colonial control by a range of foreign powers gives it a unique, multicultural atmosphere. The capital of Taipei, known for its xiaolongbao steamed buns, night markets, and massage, is a particularly popular destination for Japanese travelers. The city of Tainan, some two hours south on the country’s high-speed rail line, is also booming. The streets are full of tourists, and there has also been a large influx of new residents. 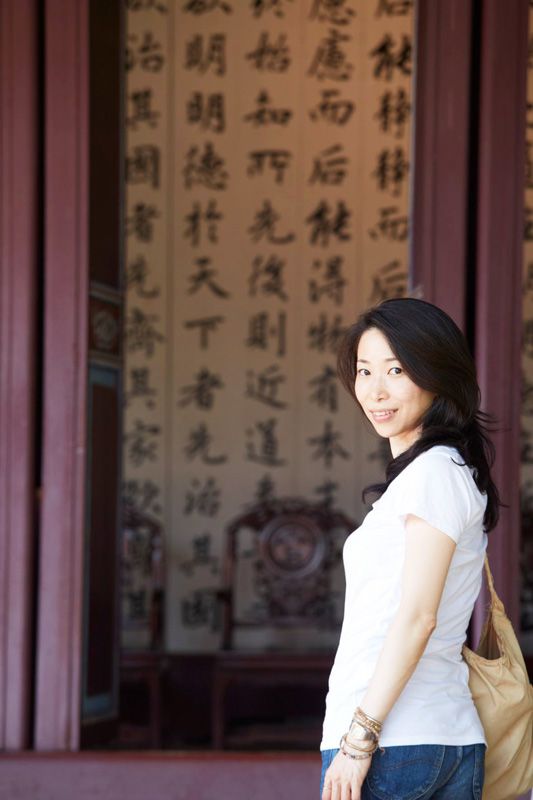 What makes Tainan special is that it is here that Taiwanese history began. Buildings remain from the days when the island was controlled by the Netherlands in the seventeenth century, China’s Qing dynasty from the late seventeenth to late nineteenth century, and Japan from 1895 to 1945; just walking around gives one a sense of the island’s history. The whole city is like a living museum. As Taiwanese people have sought to develop an identity distinct from mainland China, Tainan has risen to prominence as a place they can go to reclaim their roots and look for “the real Taiwan.”

I have lived in Japan for most of my life, but my father was Taiwanese, so traveling to Tainan was a journey of self-discovery. I have come to love the city just as much as the Taiwanese do and have been visiting it every month or so for the past several years, leading to the publication of a book titled Watashi no Tainan (My Tainan) in 2014. Through these visits, I have come to meet many Japanese people who now live in the city.

Daidō Atsushi was the first Japanese I met who had moved to Tainan. I recall him being very untypical, wearing a short-sleeved aloha shirt even in midwinter and riding around on a scooter carrying a sanshin (an Okinawan musical instrument similar to the samisen). He also had a fascinating background. As a schoolboy he liked reading books so much that he began skipping classes, and in his late teens he was drawn into the world of pachinko gambling. He then began to make his living as a “professional pachinko player.” 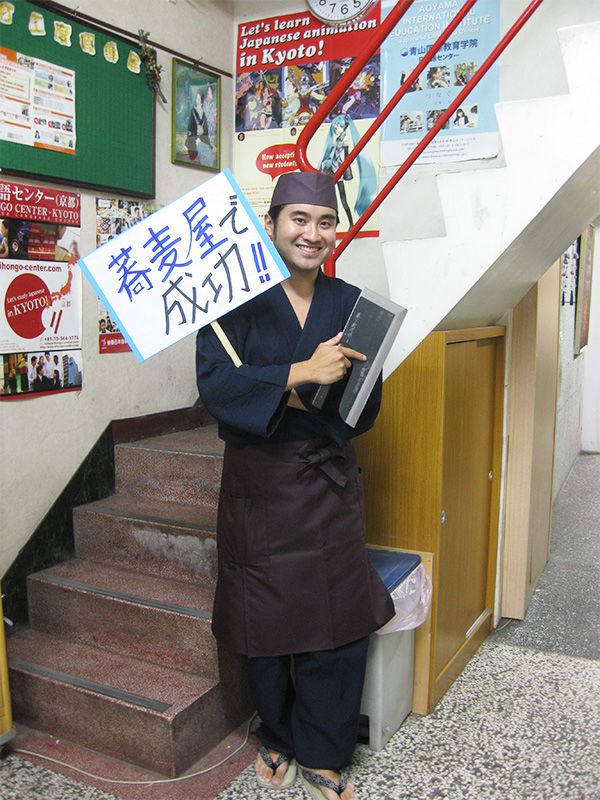 Later Daidō returned to the world of books. While he was taking a postgraduate course at Meiji University, he chanced to visit Taiwan. “I was captivated by the sweltering, southern island atmosphere, and I knew this was the place for me.” He chose to live in Tainan because he felt it was just the right size and was near to the sea. “I’m thinking of opening a soba restaurant next year,” he told me.

He was born in the city of Chōfu in Tokyo, which is famous for its Jindaiji soba, named after a local temple. Thinking that it would be fun to popularize soba in Tainan as a form of cultural exchange, he immediately procured a kitchen knife, a wooden bowl, and other necessary tools in Japan, along with a samue uniform. “I like Japan, but I was also eager to immerse myself in a completely new culture,” he said. Daidō is a free spirit, and he feels perfectly at home in Tainan—a city that fully embraces his freedom. 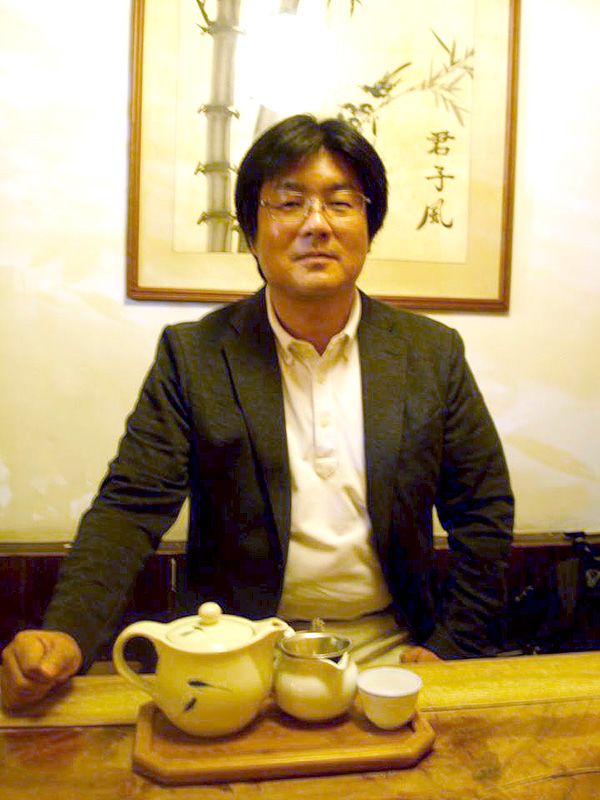 “I wanted to learn about Taiwanese history, and that’s why I chose to come to Tainan, which is distinctly Taiwanese in character.” It may have been destiny that sparked Kuroha Natsuhiko’s interest in the country’s history and brought him to study in Tainan. His grandfather was born in Japan, but was assigned to a teaching post in Taiwan. His grandmother was born in Tamsui in northern Taiwan and later moved to Japan. She was one of the Wansei, Japanese people who were brought up and lived in Taiwan before 1945, when it was still a colony of Japan. Thus, Kuroha’s connection to Taiwan goes back to his grandparents’ generation.

He heard a lot about Taiwan from his grandmother before she passed away in 2014, and this made him eager to learn more. “You have to actually live in a place to understand its atmosphere,” he said. This was why he quit his job at a publishing company and came to study in Tainan.

A Japanese Guesthouse in Tainan

There are charming little alleys in parts of Tainan that the wave of redevelopment has left untouched. One symbol of those back streets is a guesthouse called Hamuya, named after the nickname of its Japanese owner. As he explains, the first kanji of his given name Kōichi (公一) looks like ha (ハ) and mu (ム) written in katakana, so people call him Hamu. The guesthouse is particularly popular with young Japanese travelers as a cheap place to stay where they can communicate in their own language.

Hamu was born in Toyama Prefecture in 1968 and used to work as a construction worker. At the age of 24, he started his own business, which he ran as president until he was 42. In 2010, however, the company went bankrupt after falling behind on loan repayments. Although he was able to quickly rebuild the business, the experience kept nagging him and prompted him one day to leave Toyama behind. Without thinking at all about his future and feeling that his life was over, he headed to Okinawa. Then, wishing to leave Japan behind as well, he traveled to Taiwan.

He was thrilled to learn so many new things about Taiwan on his first-ever trip. He had not even known that people there spoke Chinese or that the island had once been controlled by Japan. “I want to start something in Taiwan,” he thought. With this in mind, in April 2013 he set out on a journey around the country, arriving at last in Tainan. 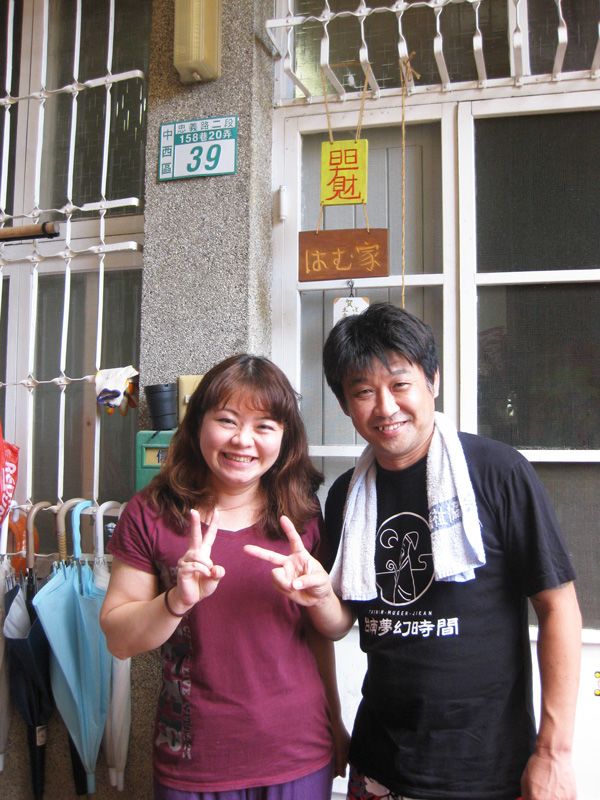 Hamu (right) with his wife Miki.

A friend advised him that running a guesthouse would suit him, so he opened Hamuya. “While I traveled around Taiwan, the weather was bad wherever I went, but it brightened up as soon as I came to Tainan.” It felt as if he had been led to the city, which also served to brighten his outlook.

Hamu struggled alone through the first month after opening the guesthouse, with those around him warning that few Japanese visitors stayed in Tainan. He then met his wife Miki, a Taiwanese who had previously studied in Japan, and four months later they got married. Her daughter Yui became a part of Hamu’s new family of three.

“Taiwan gave hope to me when I was lost and in despair. Tainan gave me a place to live. I can’t be more thankful,” Hamu said. Hamuya, not surprisingly, appears to attract people who have lost their way in life or who want to break a new path. A diverse mix of Japanese gather there, including a young yakitori shop owner, a housewife who sings in the city, a former office worker spellbound by Taoist temples, and a couple who run a diner.

Drawn to the Slow Life

According to statistics from Taiwan’s immigration agency, as of January 2015 there were 746 Japanese long-term residents in Tainan. The number of Japanese people taking permanent residency in the city is continuing to grow. Although still relatively small compared with Taipei, the figure is certainly on a rapid upward trend. 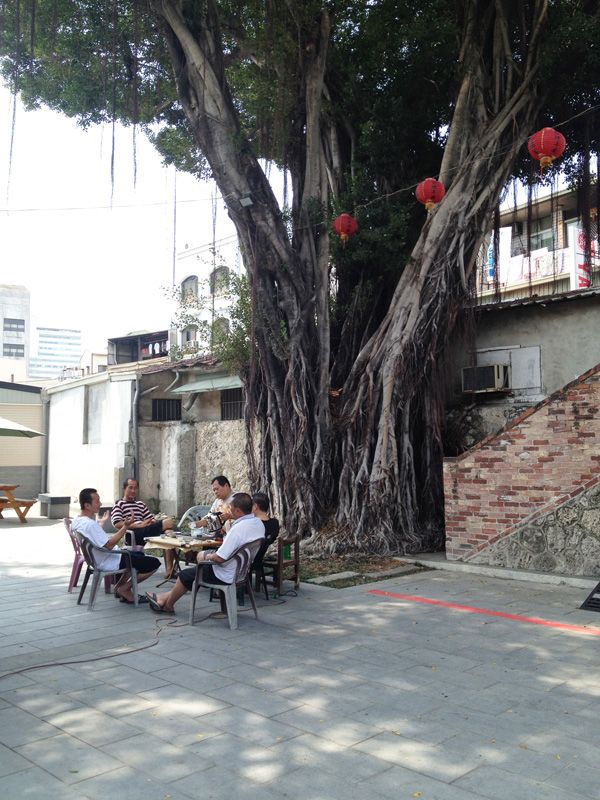 Japan is the most popular holiday destination for Taiwanese people, who enjoy its convenience and cleanliness. They are also drawn by the opportunity to dine on cuisine from around the world and experience the latest trends and fashions.

Why are Japanese people attracted to move in the opposite direction? What I heard from Japanese people living in Tainan helped me to understand their reasons for doing so. It seems the city is reminiscent in its streets and people of how Japan was in an earlier era. For example, neighbors ask whether one has eaten, old men gather in the evening cool in front of temples, and locals enthusiastically participate in festivals with handmade decorations. In an age when people can expect to live to 80, they are attaching less importance to material abundance. Instead, more are choosing to live a “slow life” that emphasizes emotional well-being.

Tainan has a profound maternal character, drawing people into its graceful and gentle embrace. Undoubtedly, this city of warm breezes will charm many more Japanese into settling within its limits.

(Originally written in Japanese and published on April 20, 2015.)