Society Culture Jul 25, 2015
“Yatai” stalls are a great place to find Japanese street cuisine. These mobile eateries are common at festials as well as on the streets of Fukuoka and other cities around the country.

Yatai stalls offering food and refreshments line the streets at festivals. They can also be seen at the entrances to temples and shrines on auspicious days. Under tent-like covers, they sell popular snacks like takoyaki (octopus fried in balls of batter), yakitori (grilled chicken on skewers), and yakisoba (fried noodles), as well as sweet treats like cotton candy, toys and masks, and other items.

But yatai are not only for special occasions. Some appear all the year round at night markets and areas where people enjoy evening food and drinks. Unlike festival yatai, which are typically assembled on site, these might be set up on a bicycle or motorcycle trailer, or utilize the converted cargo space of a small pickup truck. Often these kind of yatai sell ramen or oden (a hodgepodge of various ingredients served in broth). 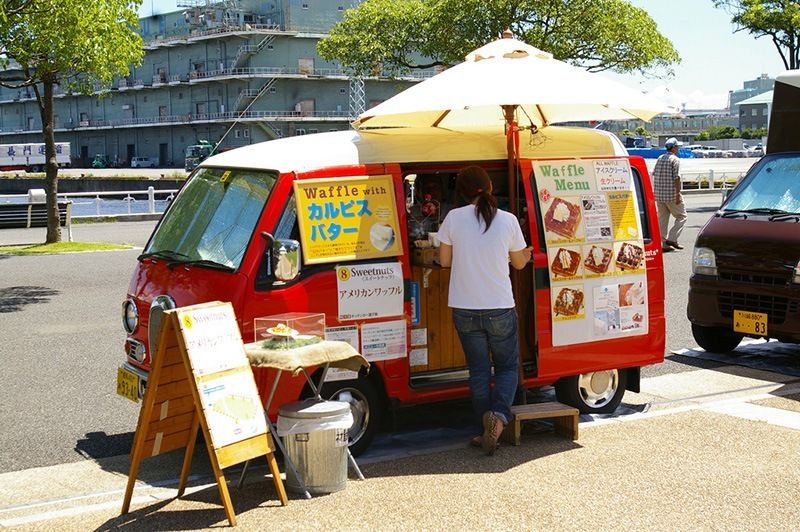 Recently, food trucks are increasingly common, too, principally targeting office workers at lunchtime. On holidays they are also found at events or shopping areas.

Fukuoka, the Home of Yatai

Fukuoka Prefecture is particularly famous for its traditional food stalls, and locals boast that half of the country’s yatai can be found here. Most of these are in the center of the city of Fukuoka, with the Nakasu island and Tenjin areas being especially popular with tourists.

There are special workers to assemble the yatai in their individually designated places each day before the start of business. During winter, wooden panels or plastic sheets are set up around the stalls to help keep customers warm.

They offer typical yatai fare, including ramen, oden, motsunabe (offal stew), yakitori, teppanyaki (meat and vegetables cooked on a hot iron plate), and tempura. There are also stalls serving Western and Okinawan food, and even cocktails.

Click here for more information on yatai in Fukuoka. 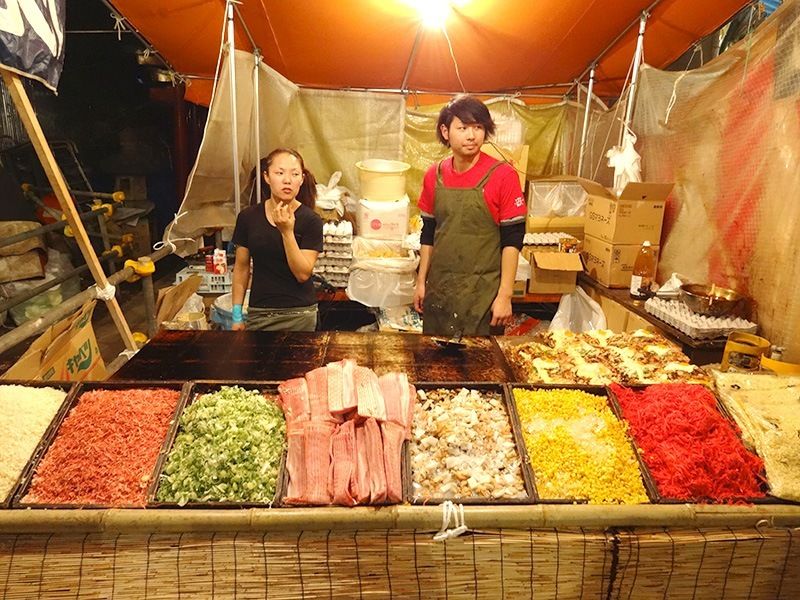 More and more gatherings of food stalls known as yataimura (yatai villages) can be found in operation around the country. The city of Obihiro in Hokkaidō led the way with its Kita-no-yatai (northern food stalls) street, inspiring similar “villages” in nearby Tōhoku—including areas affected by the 2011 tsunami—as well as farther afield in the greater Tokyo region and in Kyūshū’s Kagoshima Prefecture.

Often yataimura have a particular theme, such as meat or local seafood. As they are generally reasonably priced, it’s worth taking a closer look if you come across one.