Society Culture Jul 26, 2015
Enjoying a long soak in a warm bath is a much-loved practice in Japan. Traditional “sentō” (public bathhouses) as well as large commercial facilities feature a wide variety of amenities for bathers to enjoy as they relax, both in and out of the tub.

A Space for Bathing and Relaxing

Public baths, or sentō, are one of a variety of ways of enjoying bathing in Japan. For much of their history these bathhouses were not only places to bathe, but also served as important community gathering spots. However, their numbers have fallen dramatically over the years as it has become standard for homes to be fitted with baths. Although reduced in number, the charms of public baths are still available to those looking to experience this distinctive Japanese form of bathing.

A visit to a sentō on average costs from ¥300 to ¥500. Bathers can enjoy a relaxing soak in a communal tub as well as a variety of other services. Inside there are separate changing and bathing areas for men and women, which are generally marked by a long noren (curtain). In the past, bathhouses provided only simple shelves and baskets for storing items, but changing rooms are now equipped with securable lockers. 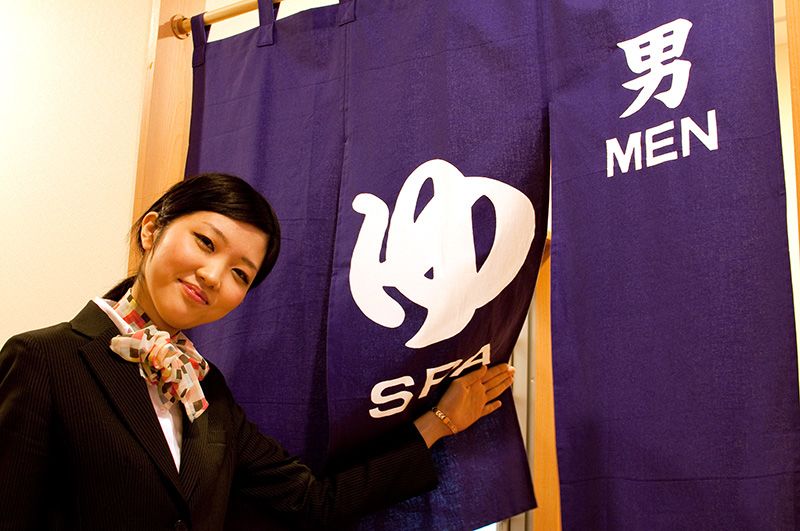 The entrance to the men’s changing and bathing area.

Once through the noren, customers undress, place their clothes and other items in a locker, and proceed to the washing and bathing area. Generally they are expected to bring their own toiletries or purchase them at the sentō. Bathers wishing to be discreet can use a towel or washcloth to cover themselves. 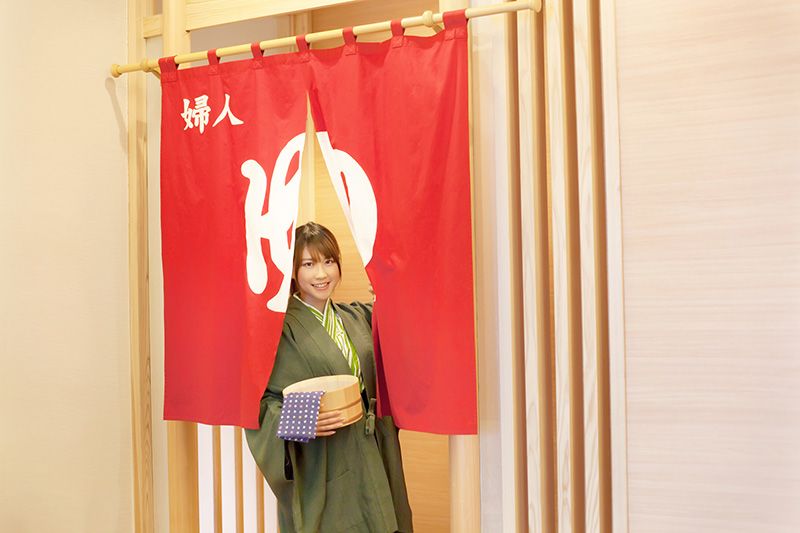 The entrance to the women’s area.

Bathing is communal. Prior to stepping into the bath, customers sit in rows at faucets, some of which are equipped with hand-held showerheads, to wash. Small stools and basins (oke) are provided. After scrubbing and rinsing off, bathers move to one of several large tubs to soak. As the water can be very hot, it is normal to douse oneself using a basin to get used to the temperature before stepping in. New bathers should be aware that it is considered poor manners to place one’s towel or washcloth in the bath water.

A View of Mount Fuji

Two of the most widely recognized sentō symbols are chimneys and Mount Fuji. The towering smokestacks of a public bath are easily recognized at a distance. These serve a dual role, venting steam from the baths and exhaust from the furnaces used to heat bathwater. Inside the bathing area of a sentō, bathers will often find a majestic painting of Mount Fuji adorning the sidewall above the tub. This distinctive aspect of sentō culture, however is slowly fading as the number of public bathhouses wanes. At present, only three artists dedicated to creating these iconic pictures are still practicing their trade.

For pop culture enthusiasts, the manga Thermae Romae provides an entertaining introduction to those looking to learn more about the culture of public bathing. The series, which has also been made into a movie, tells the story of a time-traveling Roman architect who repeatedly finds himself transported to sentō and other bathing facilities in modern Japan, where he discovers hints to problems he faces back in his own era.

The first known public bathhouses were steam baths established at large temple complexes during the Nara period (710–794). By the end of the Heian period (794–1192), baths known as yuya began to appear in Kyoto. The popularity of these facilities grew over the centuries. By the early part of the Edo period (1603–1868), each district of the ancient capital is said to have boasted its own yuya. Forerunners to the modern sentō, these bathhouses were the model for film director Miyazaki Hayao’s animated feature Spirited Away. 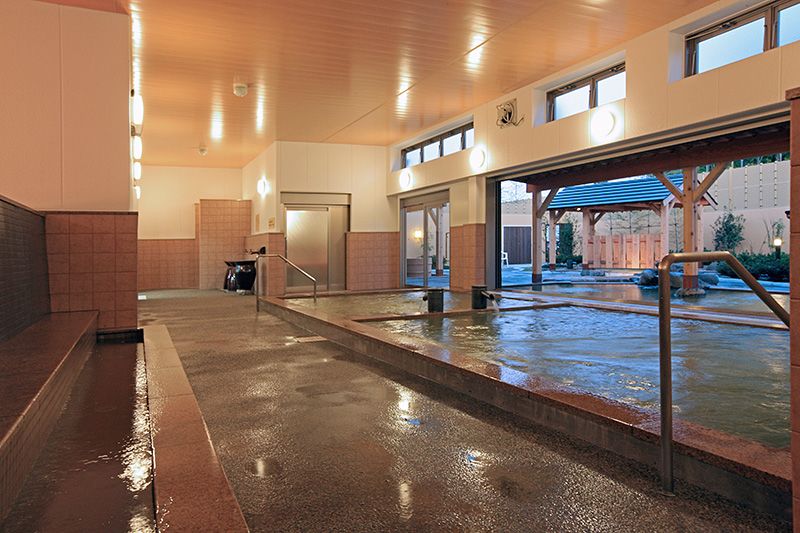 The inside of a super sentō.

Even as sentō gradually decline in numbers, spa-like commercial baths have continued to gain in popularity. Known as super sentō, they feature saunas, specialized baths, and other unique amenities. There are even super sentō that combine sports and recreation facilities. Similarly, public baths known as “health lands,” or occasionally “spas,” provide customers with lounges, where they can rest and relax, and massage services; some even have dining areas and karaoke rooms.

According to one survey, the top three reasons Japanese visit public baths is to warm up in the winter, to wash away the heat and sweat of summer, and to rest and relax.

▼Other articles on bathing in Japan: