Society Culture May 28, 2016
Many of Tokyo’s terminal stations host small-scale shopping areas where passengers can shop between catching trains. These complexes have become big business by taking advantage of prime locations to offer an array of goods and services.

Ekinaka are shopping complexes inside train stations. Literally meaning “inside the station,” these small-scale shopping malls have risen to prominence by tapping into the consumer needs of Japan’s bustling crowds of train users.

In the past, shopping and dining venues inside stations were largely limited to kiosks, stalls selling box meals, and standing noodle shops on train platforms. In the early 2000s, train companies like JR East began increasing offerings to include new outlet from bookstores and confectioners to cafés and bakeries. 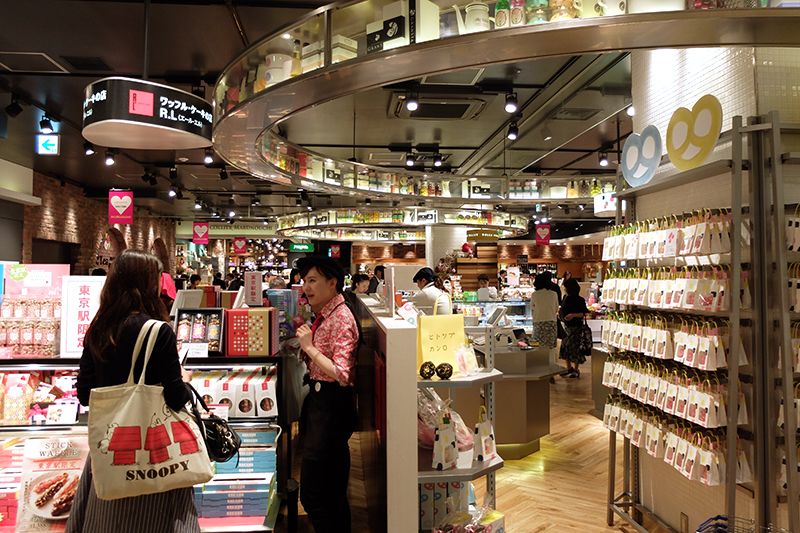 The ekinaka model targets busy commuters passing through major hub stations, with some terminals seeing millions of passengers daily. Apparel and specialty food shops are common fixtures, and depending on the station customers can also get a manicure, a quick haircut, a relaxing massage, and even pick up a few food items at an upscale supermarket without once having to step out of the ticket gates. Certain complexes even offer daycare and babysitting services.

Making the shopping experience even smoother is the fact that shoppers can make all their payments with the tap of the same transit smart card that they use to board the trains.

Outside ticket gates, shopping areas in and around station buildings combine with ekinaka malls to make hub stations lively consumer centers that are comparable to department stores. Complexes such as First Avenue Tokyo Station, Shinagawa Station’ Ecute, and Osaka Station’s Eki Marché buzz with shoppers and hungry commuters looking to sample the fare at one of many ekinaka eateries.

One of Tokyo’s largest facilities is Gransta, a shopping area built in 2007 as part of the Tokyo Station development. The shopping arcade stretches from Marunouchi on the west side of the station to Yaesu on the east. Designed to showcase the nation’s cuisine, it features over 60 retailers. 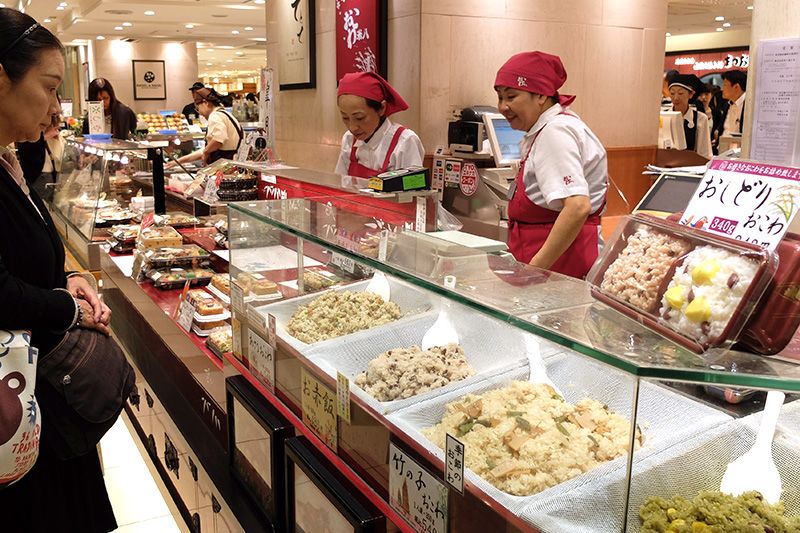 Both established chains and new outlets have a presence, and customers can casually browse and sample their various offerings, including Japanese deli items, box lunches, sweets, and sake. Early commuters can also take advantage of shops offering select breakfast menus from 7 am under the Grand Dining banner. 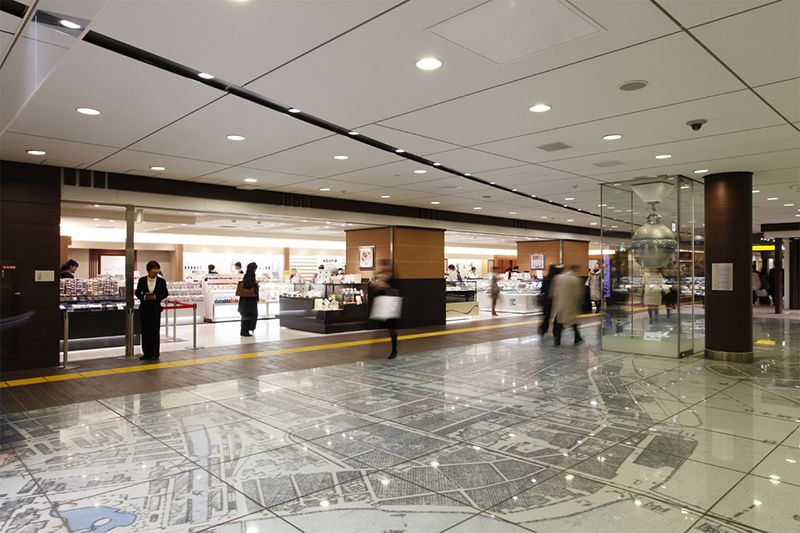 The Gin no Suzu waiting area and Gransta inside Tokyo Station. (© Gransta) 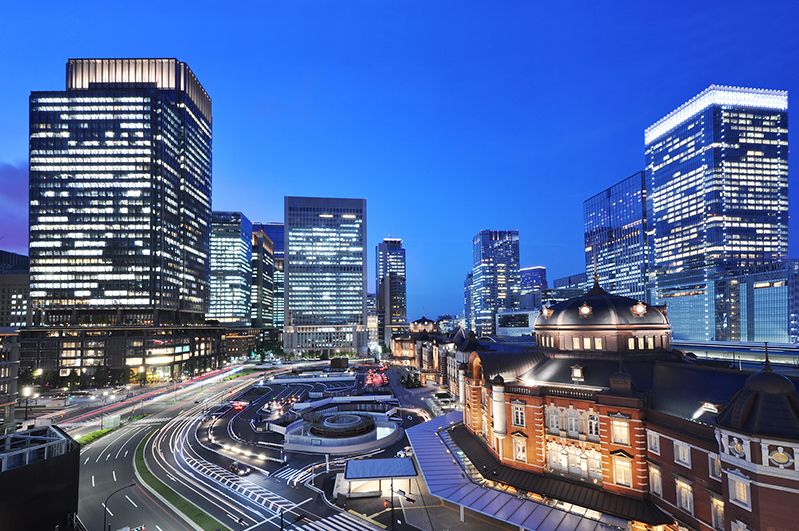 A nighttime view of Tokyo Station and the surrounding area.

Open to the World for Business

Variety at ekinaka shops is continually expanding—recent additions include drugstores, flower shops, and boutiques. Train companies in Kansai and other regions have taken notice of JR East’s success with ekinaka complexes and are planning facilities of their own.

The ekinaka model has also begun to make its way overseas. Japanese train company Tōkyū is currently involved in a project with a developer in Vietnam to build a complex in Binh Duong Province that will feature shopping and recreational facilities along with residential areas.