Shinjuku Station in Tokyo is said to be the busiest station in the world, used by an average total of 3.6 million passengers every day. Smart cards that can get each traveler through the ticket gates in 0.2 seconds help to keep the incredible crowds flowing smoothly through this hub.

Public transit smart cards typically act as commuter passes between two set stations, while at the same time storing fares for other destinations. The remaining balance is displayed at the ticket gate on exiting a station. The cards can be bought and charged at ticket machines or special windows in stations and used repeatedly. There is usually an initial ¥500 deposit. 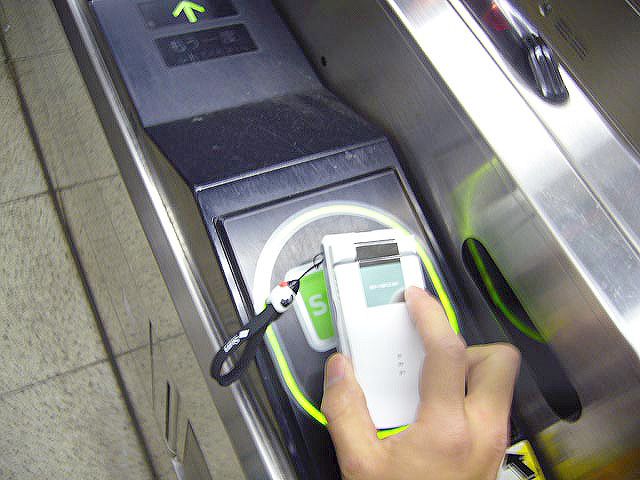 Using Mobile Suica to get through the ticket gate.

In Japan, JR East pioneered the use of these cards with the launch of Suica in November 2001. This was based on FeliCa, a contactless communication system developed by Sony. The name Suica derives from the onomatopoeic term suisui, meaning “smooth.” It is also an acronym for “super urban intelligent card,” and incorporates the IC (short for “integrated circuit”) of IC cards, the common name for smart cards in Japan. Following the launch, the Suica penguin mascot quickly became a familiar sight in JR stations.

Special Suica cards to commemorate the hundredth anniversary of Tokyo Station were a much sought after item in 2014 as JR East originally announced plans to release only 15,000. Overwhelming demand ultimately led the company to provide cards to almost 5 million applicants. 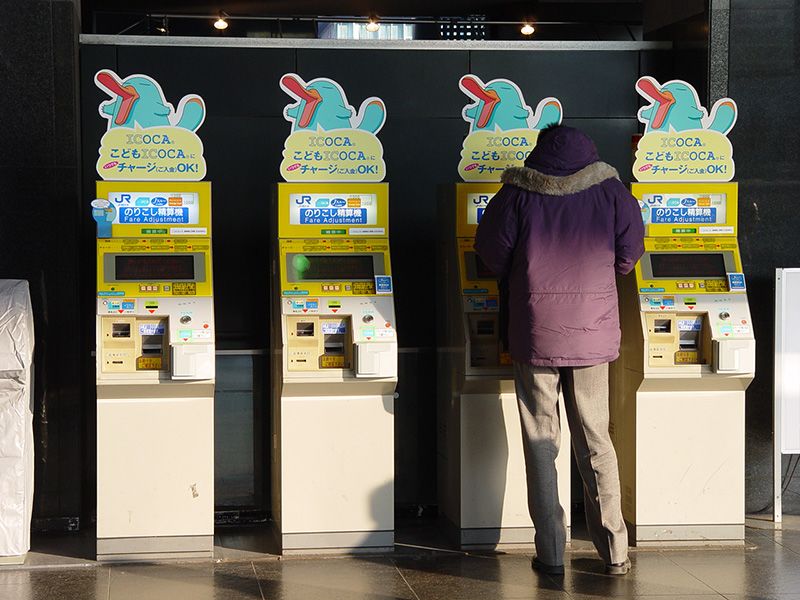 Travel Nationwide with Just One Card 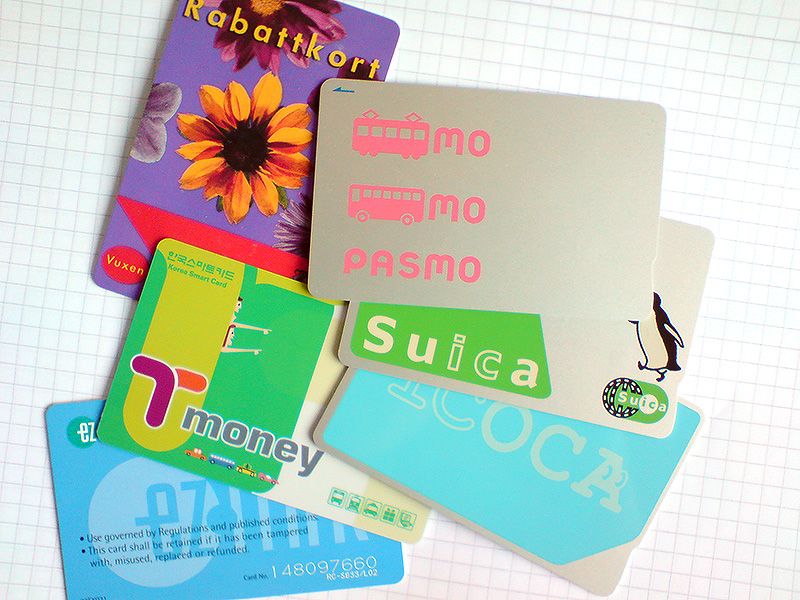 In 2013, there were 25 kinds of public transit smart card, issued by 78 railway companies around Japan, according to statistics from the Ministry of Land, Infrastructure, Transport, and Tourism. Some 87 million cards had been issued, by comparison with Japan’s population of 120 million. From March 23, 2013, Suica and nine other cards, accounting for 80 million of the above total, became mutually compatible. They include Pasmo—which is used on private railways, subway lines, and buses in the Tokyo area—and JR West’s Icoca card, whose name plays on IC and the phrase ikō ka, meaning “shall we go?” This means that passengers can travel to almost half of Japan’s 9,000 stations and make use of many bus services with the same card. As of April 2015, there were 10 prefectures without these kinds of smart cards, but the Transport Ministry aims to make the whole country compatible by the time of the Tokyo Olympics in 2020.

More Use of Smart Cards in Everyday Shopping 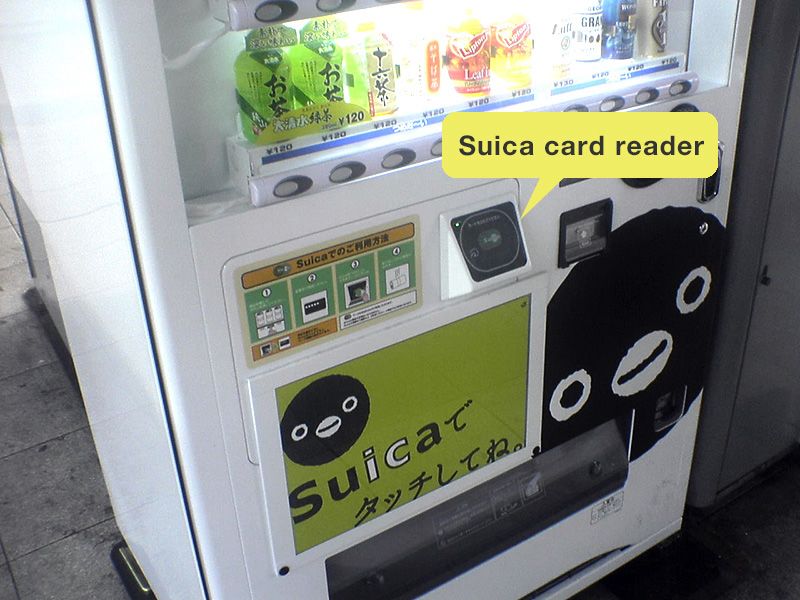 A Suica e-money service was launched in March 2004, allowing passengers to use stored credit at convenience stores, vending machines, restaurants, and other outlets inside station facilities.

Most major public transit smart cards can now be used to pay for purchases outside stations at more than 200,000 stores nationwide including supermarkets, drugstores, and electronics stores. More and more taxis also accept these cards nowadays, making them even more handy for urban transportation.

Passengers with compatible mobile phone models can also substitute their phones for smart cards by downloading a Mobile Suica app. It is common to see people tapping their phones against readers to get through ticket gates or to buy drinks at vending machines.

Japan is known for being a cash-based society, where many are reluctant to use credit cards. The convenience and relative safety of smart cards, however, is encouraging people to use less physical money on a daily basis.