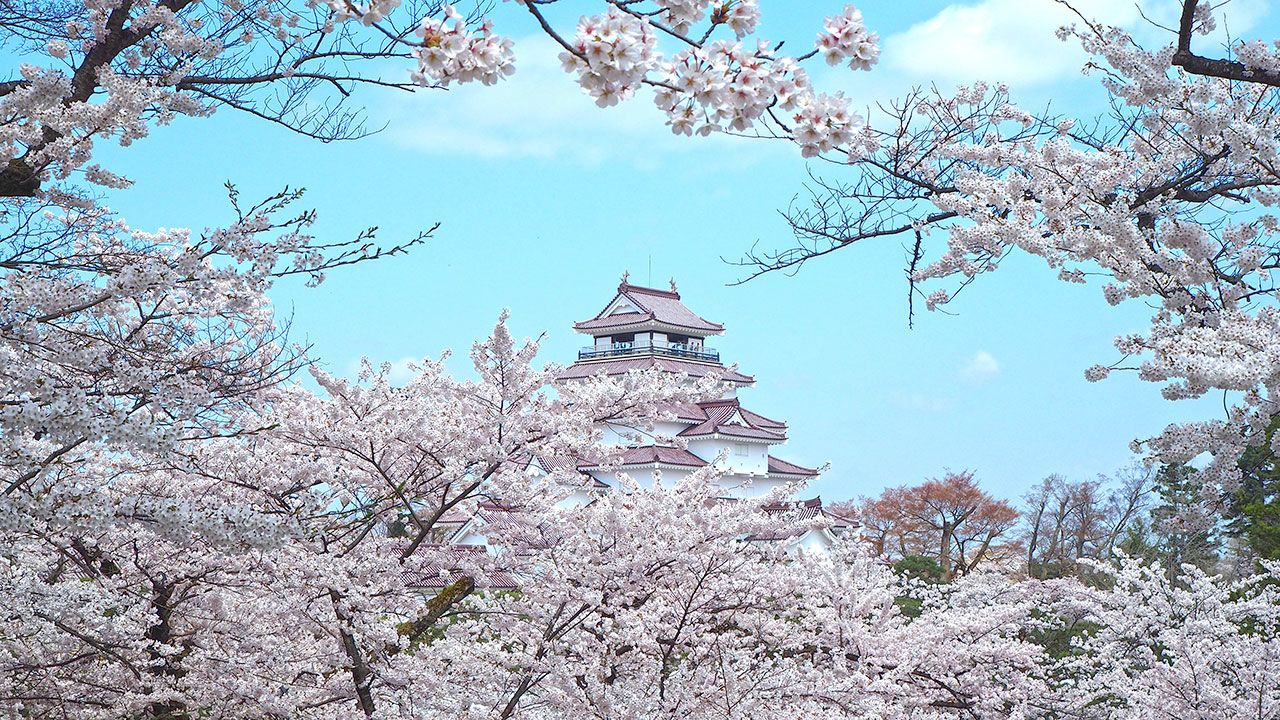 Travel Mar 12, 2020
Tsurugajō, which has long served as a symbol of the Aizu region, is a renowned castle that came under a month-long siege during the 1868 Boshin War. The building was renovated in 2011 to restore its pre-Meiji, red-tiled roofs—the only castle in Japan with such a color—creating a more striking contrast with the light pink blossoms in springtime.

The festival held during the sakura season is among the most spectacular in east Japan, as the entire park, with its castle and 1,000cherry trees, is illuminated at night.