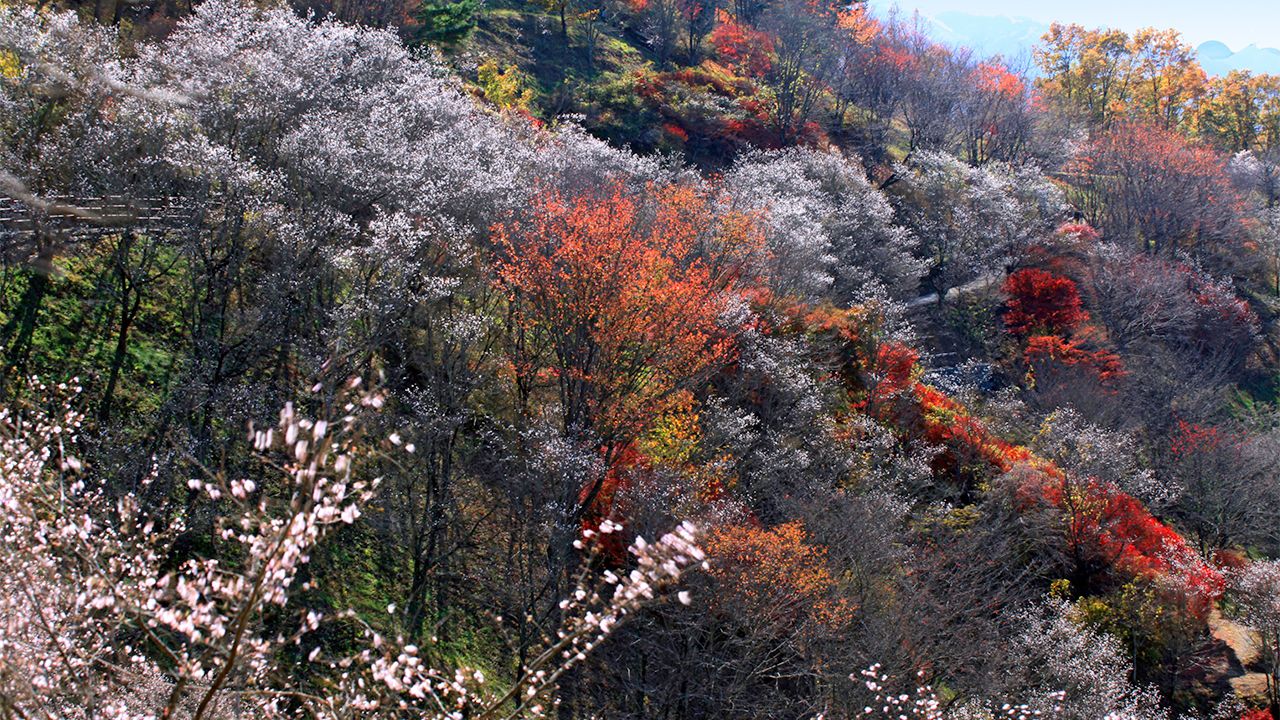 Travel Mar 5, 2020
Sakurayama Park is particularly well-known for a rare type of fuyuzakura that blossoms twice a year—once in the spring and again in late fall. The fuyuzakura has been cited for its scenic beauty and as a natural monument by the national government, and they can be enjoyed alongside the somei yoshino in the spring.

The fuyuzakura is considered a cross between the yamazakura and mamezakura, A third of its buds bloom between late October and mid-December, and the remaining two-thirds in early to mid-April. Unlike sakura festivals elsewhere, the one in Sakurayama Park is held in late fall, when nature lovers get a chance to enjoy both the pink blossoms and autumn colors at the same time. In April, the 7,000 fuyuzakura and 3,000 somei yoshino bloom at once, turning the mountaintop park into a sea of delicate pink.