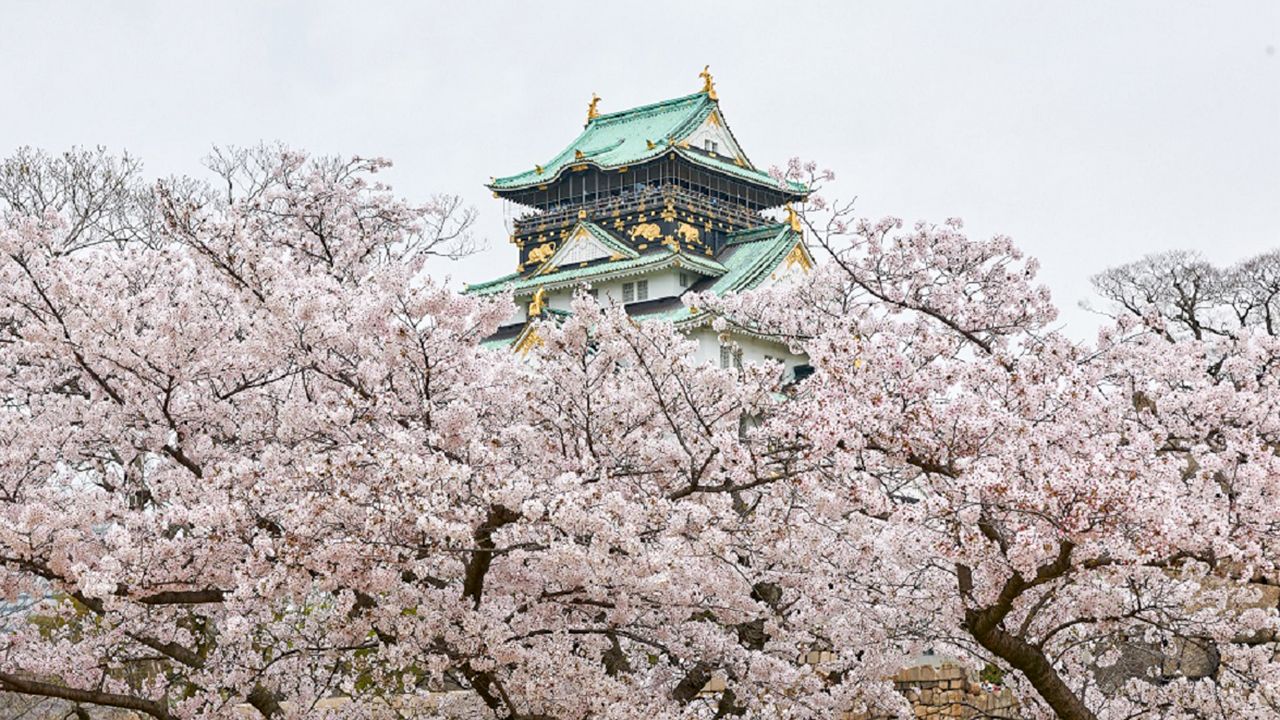 Travel Feb 13, 2020
Many consider Osaka Castle Park to be the best cherry blossom site in the Kansai, the august castle creating a perfect backdrop for the blossoms of 3,000 cherry trees. There are 300 trees in the Nishinomaru (west bailey) garden alone, delighting yozakura fans when the flowers there are lit up at night.

Osaka Castle was originally built at the end of the sixteenth century by warlord Toyotomi Hideyoshi, who united the country and made Osaka his headquarters. It was burned to the ground on several occasions by war and natural disasters and rebuilt each time. The grounds were turned into a park early in the twentieth century, and the main tower was restored in 1931, thanks to donations from private individuals. The park contains 13 structures that have been designated important cultural properties, and the tenshu (keep) houses a museum featuring various exhibits on the history of Osaka.