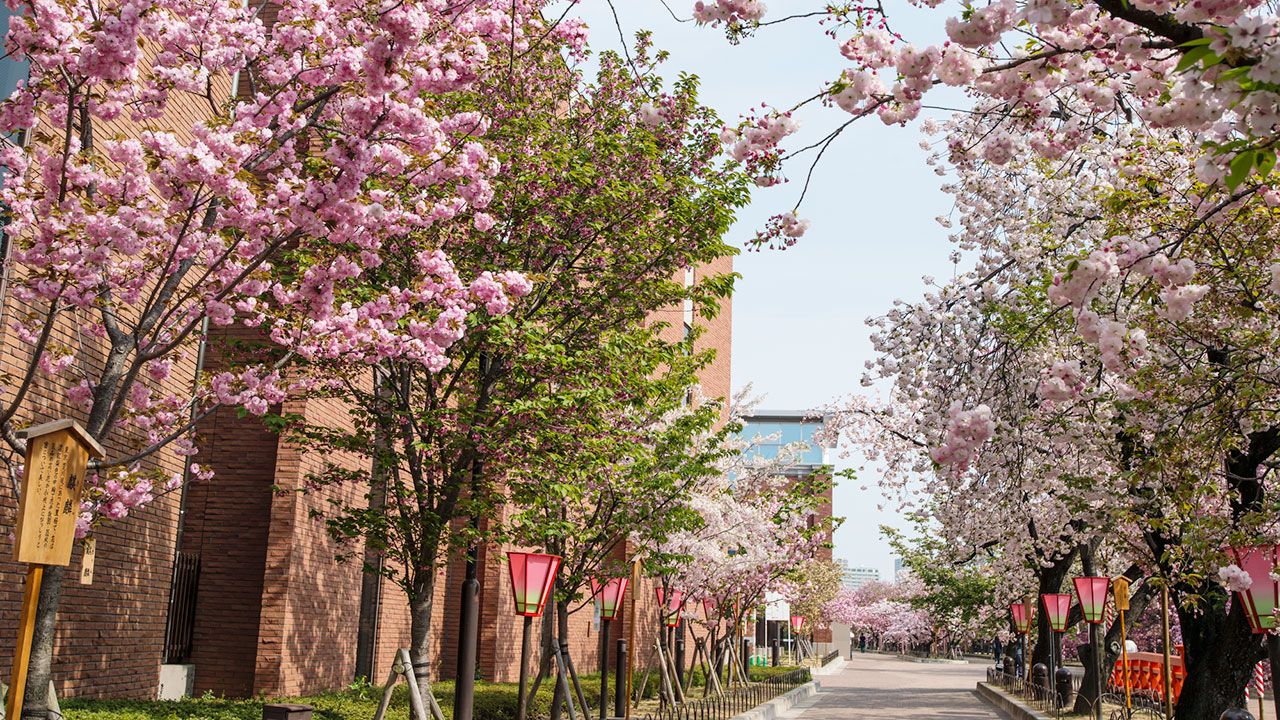 Travel Feb 13, 2020
During a week every year in mid-April, the 560-meter lane of Japan Mint’s headquarters in Osaka is opened to the public for cherry blossom viewing, attracting hordes of sakura lovers from all over the country. Most of the trees are late-blooming yaezakura, but the riverside lane features many unusual varieties that cannot be seen elsewhere else.

Strolling through the premises of the Osaka Mint to the northern back gate every April has become such an entrenched custom that the verb tōrinukeru (to pass through) has become the name of the promenade itself (Tōrinuke). The lane is famous for its many unusual varieties of yaezakura, but it also has one somei yoshino tree. While not as famous as the sakura of Osaka, the Mint’s Hiroshima office also has a lane that is opened to the public when the cherries—which have been transplanted from Osaka—are in full bloom.