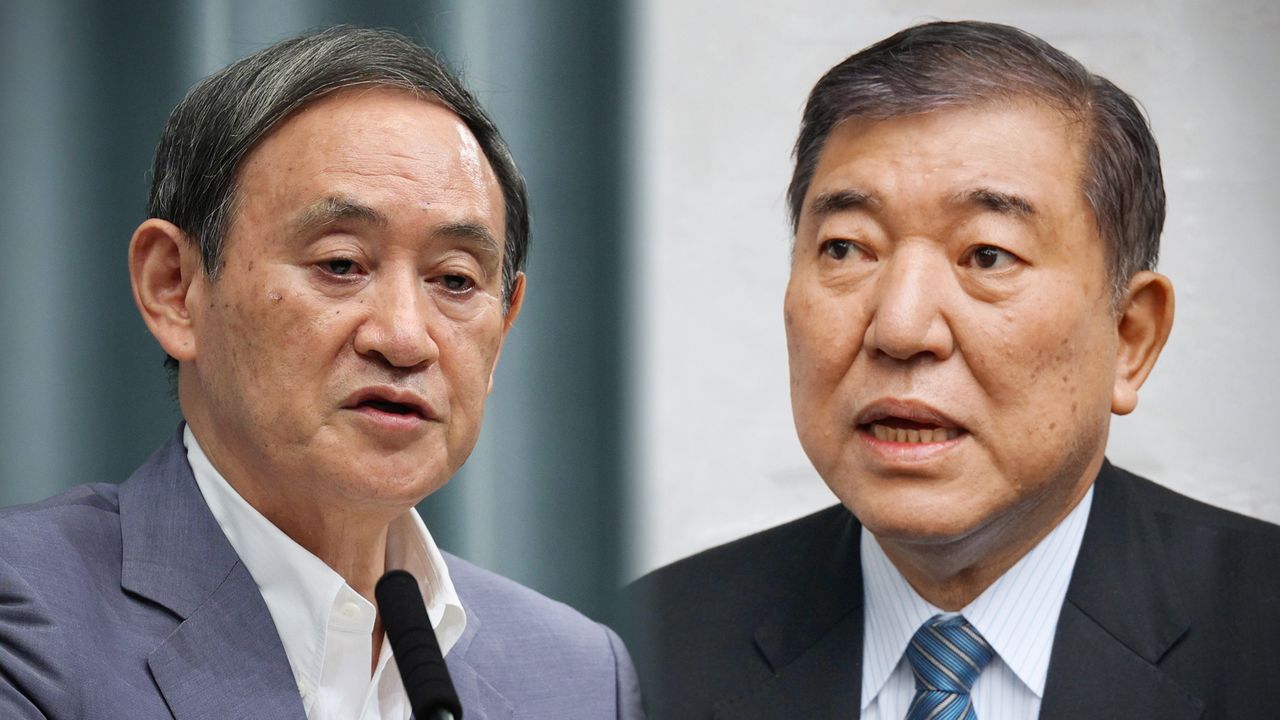 Suga in Pole Position to Succeed Abe, with Ishiba Shut Out

Japanese politics are not driven by policy. Apparent disputes over policy are all hot air. The country’s politics are shaped by personal likes and dislikes, as well as the interests of politicians, parties, and factions. What is good for the nation or the people does not form the basis for political action.

Abe Shinzō hates Ishiba Shigeru, as does Asō Tarō. They both faced the insult of being called on to resign by Ishiba during their respective premierships, and neither easily forgets such treatment. Abe in particular never forgives people who treat him with contempt, even in small matters. When he was private secretary to the minister of foreign affairs, his father Shintarō, the bureaucrats treated him badly. This was the source of his distaste for ministry officials—most evident today in his feelings for the mandarins in the Ministry of Finance.

However, Abe came to trust bureaucrats in the Ministry of Economy, Trade, and Industry and National Police Agency, whom he had not much previously encountered, and consequently they took control of the prime minister’s office. Former METI official Imai Takaya rose from executive secretary to take on a leadership role as special adviser. Deputy Chief Cabinet Secretary Sugita Kazuhiro, formerly of the NPA, has considerable authority through his grasp of the bureaucratic personnel at ministries and agencies. While Abe never forgives those who win his dislike, he does everything he can for the people he likes, even after they leave their positions. For this reason, he is surrounded by yes-men officials, while journalists assigned to cover his actions show a willingness to listen to the administration’s side of the story.

Regrouping After the First Resignation

In 2007, after Abe resigned due to chronic ulcerative colitis, I got a call from his office, asking if I wanted to talk. I think it was after he was discharged from Keiō University Hospital that the two of us met at a small restaurant in Akasaka, Tokyo. He did not say anything that left a particular impression. Haggard-faced, he listened as I told him, “It’s hard that illness forced you to resign, but if you keep steadily building up your achievements as a politician, you’re sure to find a path forward.” I remember offering encouraging words along these lines.

I never dreamed then that he would become leader of Japan again and set a record as the longest-serving prime minister. Around that time, Suga Yoshihide became determined to have Abe take a second chance. “There’s no way a politician can make a comeback as prime minister after resigning like that. Don’t do anything stupid,” I told Suga. But he brushed off my words. “You don’t know Abe’s formidable ability and appeal as a leader.”

When I saw Abe’s second resignation press conference on television, I thought that it was the first time he had spoken with his own words. He ignored the teleprompter sitting before him, and talked without putting on a show of strength. A major Liberal Democratic Party figure said after watching it that Abe’s blunt responses to questions in the Diet must have been triggered in part by his poor health.

While Abe’s announcement seemed to come out of the blue, there was admirable calculation to set the arrangements for choosing his successor. The two long checkups at Keiō University Hospital set tongues wagging about a possible recurrence of his illness and whether he would resign before the year was out. As the only media outlet that can influence the political situation, Shūkan Bunshun reported that Suga would likely replace Abe in a caretaker government while the COVID-19 crisis continues. Press conferences were still mainly focused on his physical condition and the pandemic.

Abe made the decision to quit alone. There is no evidence that he discussed it with anyone else. The busy schedule coming up in September and October includes the United Nations General Assembly, a cabinet reshuffle, the start of the extraordinary Diet session, and continued measures against COVID-19. The transition to a new premiership has to fit in somewhere, so rather than have an LDP leadership election in which all lawmakers and party members can vote, it will likely be limited to lawmakers and the representatives of prefectural chapters. The special circumstances of the pandemic will probably silence any dissenting voices.

The sudden announcement is Abe’s way of preventing Ishiba from succeeding him. At first, he wanted Kishida Fumio to be the next prime minister. However, in an election between Ishiba and Kishida allowing voting by rank-and-file party members, there would be a good chance of Kishida losing. To be sure of shutting out Ishiba, the only thing to do is tap Suga as a figurehead of continuity in the fight against COVID-19. Suga can step in smoothly to head the administration and is well versed in coronavirus countermeasures. If he continues until next autumn, when Abe’s final term as LDP president was set to expire, his time as prime minister can be plausibly justified as a continuation of Abe’s rule.

Powerful LDP figure Koga Makoto should support Kishida, but seems to find him lacking. Koga has recently become friendly with Suga, who also seems to be on good relations with LDP Secretary-General Nikai Toshihiro. While Suga does not belong to a particular faction, this is also a strength. If he can win backing from the Hosoda faction—to which Abe belongs—and those of Asō, Kishida, and Takeshita, the Suga administration will be up and running in no time. If it is just for a year, Kishida can lend his support.

The problem is what Asō Tarō will do as a completely different character than Suga. Kōno Tarō is in the Asō faction, and if he decides to run, it could split down the middle. However, the connection between Suga and Kōno, both of whom represent districts in Kanagawa Prefecture, could make it easy for Kōno to hold back from running this time.

Ultimately, it is a strategy of keeping the Abe administration’s political base in place with a different leader. Born in Akita Prefecture, Suga went to Tokyo, where he worked in a cardboard factory and studied nights at Hōsei University. He was introduced to Nakamura Umekichi, another Hōsei graduate who was speaker of the House of Representatives, and joined the office of Okonogi Hikosaburō, who was also in the faction of Nakasone Yasuhiro. Later, Suga came to give his full support to Hokkaidō Governor Suzuki Naomichi, another Hōsei night school graduate. This building of tight networks of contacts is the heart of Suga’s political style, and just like that of Kajiyama Seiroku, a political mentor of his.

Abe’s successor now looks set to be Suga, the man behind his comeback who supported him as the longest-serving chief cabinet secretary ever. When so many politicians come from an elite background, his life has a curious similarity in popular appeal to that of Tanaka Kakuei in his rise from ordinary circumstances.

With a House of Representatives election due to take place over the next year, a victory for Suga could easily see his “caretaker premiership” extending into a full-fledged term as prime minister.