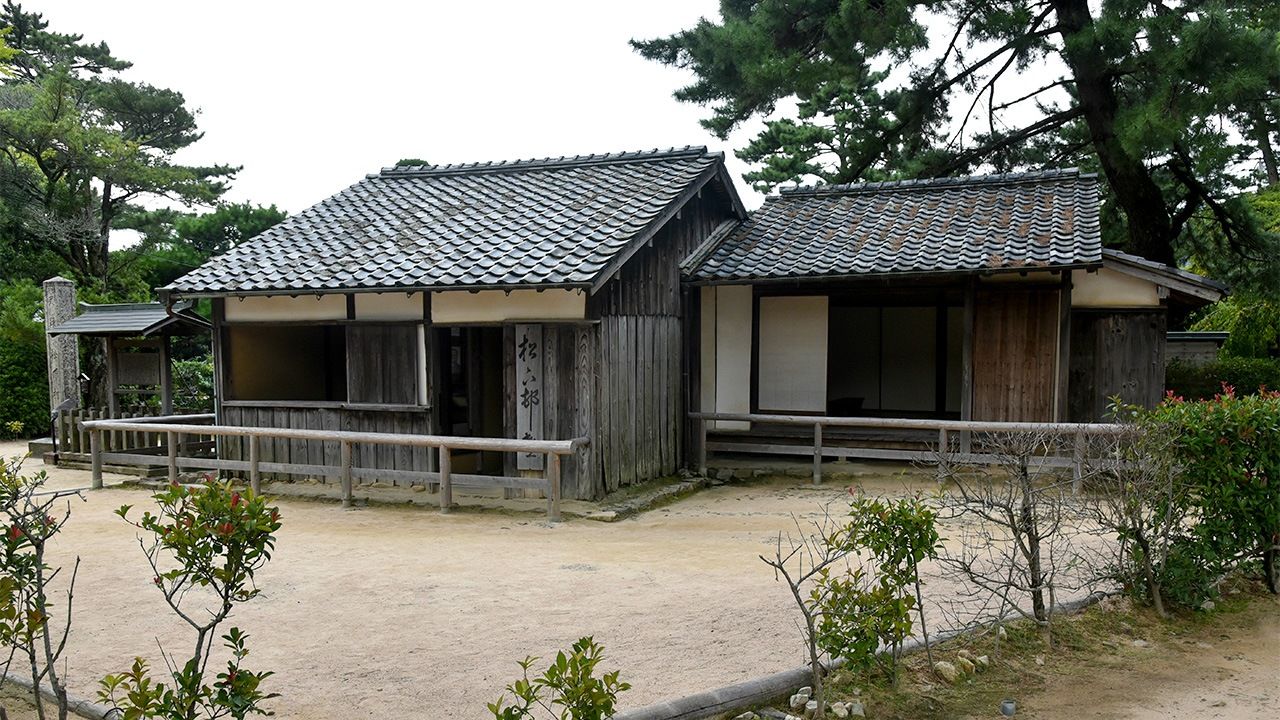 Politics History Nov 27, 2019
Japan’s government has been led by a representative of Yamaguchi Prefecture for almost a third of the time since the country introduced the system of having a prime minister in 1885.

Yamaguchi Prefecture may appear to Tokyoites as an obscure backwater, off on the western edge of Honshū, over four hours away by shinkansen. But eight Japanese prime ministers have represented the prefecture, which is more than any other, from the country’s first modern leader Itō Hirobumi to the present incumbent Abe Shinzō.

As they include some of the longest-serving prime ministers, the total number of days in office for Yamaguchi adds up to 15,275 days as of November 27, 2019. This is 31.2% of the total time since Itō’s first day as leader, which is far greater than the percentage for prime ministers from Tokyo.

Created by Nippon.com based on data from the Prime Minister’s Office of Japan website and other sources (dates for Abe Shinzō are as of November 27, 2019). 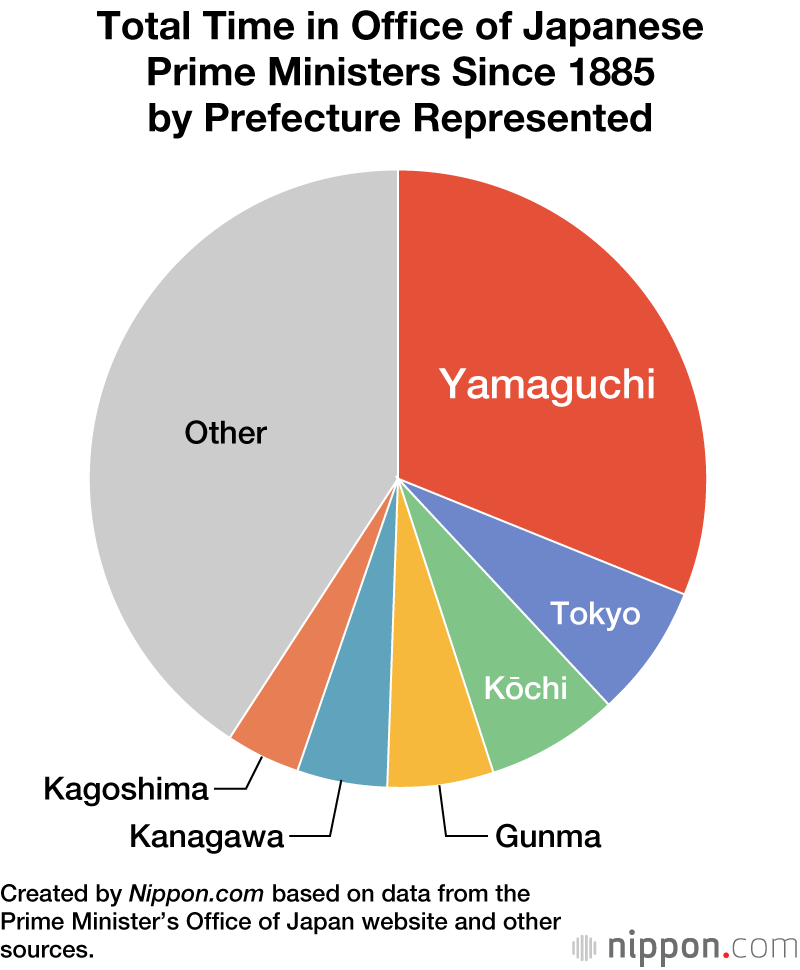 The large number of Yamaguchi representatives who have held the office of prime minister is closely connected to the Meiji Restoration in Japan.

In the Edo period (1603–1868), what is now Yamaguchi Prefecture was the Chōshū domain. The intellectual and Chōshū native Yoshida Shōin tutored the sons of farmers and lower-ranking samurai for a period of two and a half years, starting in 1857. Yoshida was executed by the Tokugawa shogunate in 1859 in the Ansei Purge, but his influential thought aimed at toppling the shogunate lived on through his former students, such as Takasugi Shinsaku, Itō Hirobumi, and Yamagata Aritomo, thus serving as a driving force of the Meiji Restoration.

Itō and Yamagata were powerful members of the new Meiji government that emerged following the Meiji Restoration, and a political era continued up until into the Taishō era (1912–1926) in which the government was generally either under the control of a faction from Yamaguchi Prefecture or Kagoshima Prefecture (formerly the Satsuma domain).

The first postwar prime minister from Yamaguchi was Kishi Nobusuke, Prime Minister Abe’s grandfather on his mother’s side. Abe’s great uncle was former Prime Minister Satō Eisaku, who introduced the “three non-nuclear principles,” presided over the return of Okinawa to Japan, and received the Nobel Peace Prize in 1974. (The names of the brothers differed because Kishi was adopted by a paternal uncle.) The origins of the Satō family can be traced back to the Chōshū domain. In speeches and blog posts, Prime Minister Abe has pointed to Yoshida Shōin as one of the people he respects, revealing how the influence of that thinker remains today, even 160 years after his death.

The area where Yamaguchi Prefecture presently stands previously saw historic changes at the end of the Heian period (794–1185). The Battle of Dannoura in 1185 took place off the coast of what is now Shimonoseki, Yamaguchi Prefecture, marking a historical turning point that brought the downfall of the illustrious Taira clan and led to a shift from aristocratic to samurai rule in the form of the Kamakura shogunate.

Shimonoseki is known today for catching the most fugu blowfish of any town in Japan. With its highly toxic poison, fugu was long considered a dangerous fish and its consumption was banned by a decree issued during the reign of Toyotomi Hideyoshi in the sixteenth century. When Prime Minister Itō visited Shimonoseki in 1888, he was impressed by the delicious flavor of the fugu that local people were consuming, despite the prohibition. Itō convinced the governor of Yamaguchi Prefecture to lift the ban, which led fugu consumption to spread to other parts of Japan. The changes driven by Yamaguchi have thus included culinary matters as well.