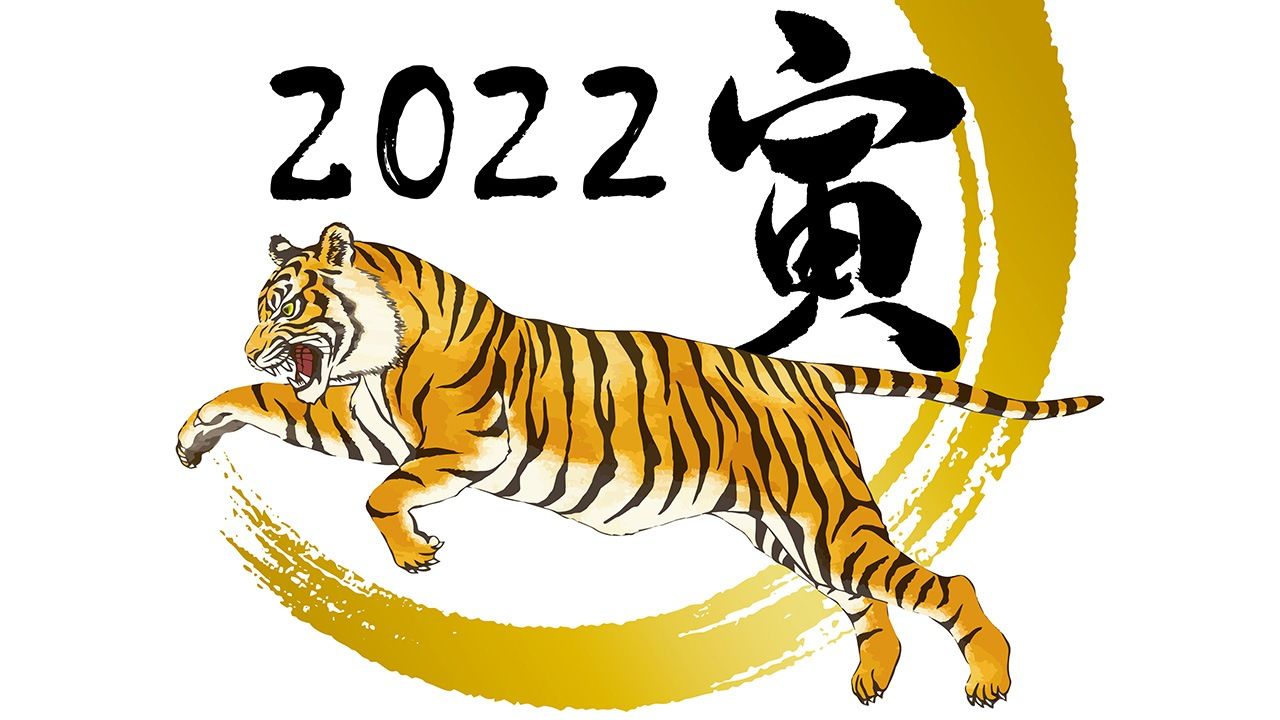 The Year of the Tiger: Trivia and Sayings for 2022

Culture History Dec 20, 2021
To mark the Year of the Tiger in 2022, we have assembled some information about the zodiac animal and sayings associated with the animal.

In 2022, it will be the Year of the Tiger, according to the 12-year cycle of zodiacal animals, known in Japanese as eto. As 2021 began to approach its end, nengajō New Year cards and calendars featuring the fierce beasts went on sale in stores across the country. This is a tradition that is impossible to miss.

While the eto cycle was originally associated with years, as it largely is in contemporary Japan, historically it was also used for compass directions and times of day. The diagram below shows a circular representation topped by the rat (子, ne), with the ox (丑, ushi) and tiger (寅, tora) moving clockwise around the circle. Incidentally, special kanji are used for the eto that are different from everyday usage; the character for the tiger is usually 虎, but its eto kanji is 寅.

The compass direction northeast lies between the ox and tiger, and so is known as ushitora. Traditionally, this was considered an unlucky direction. In the system whereby the day was divided into 12 “hours,” the hour of the tiger took place from three to five in the morning by today’s standards. 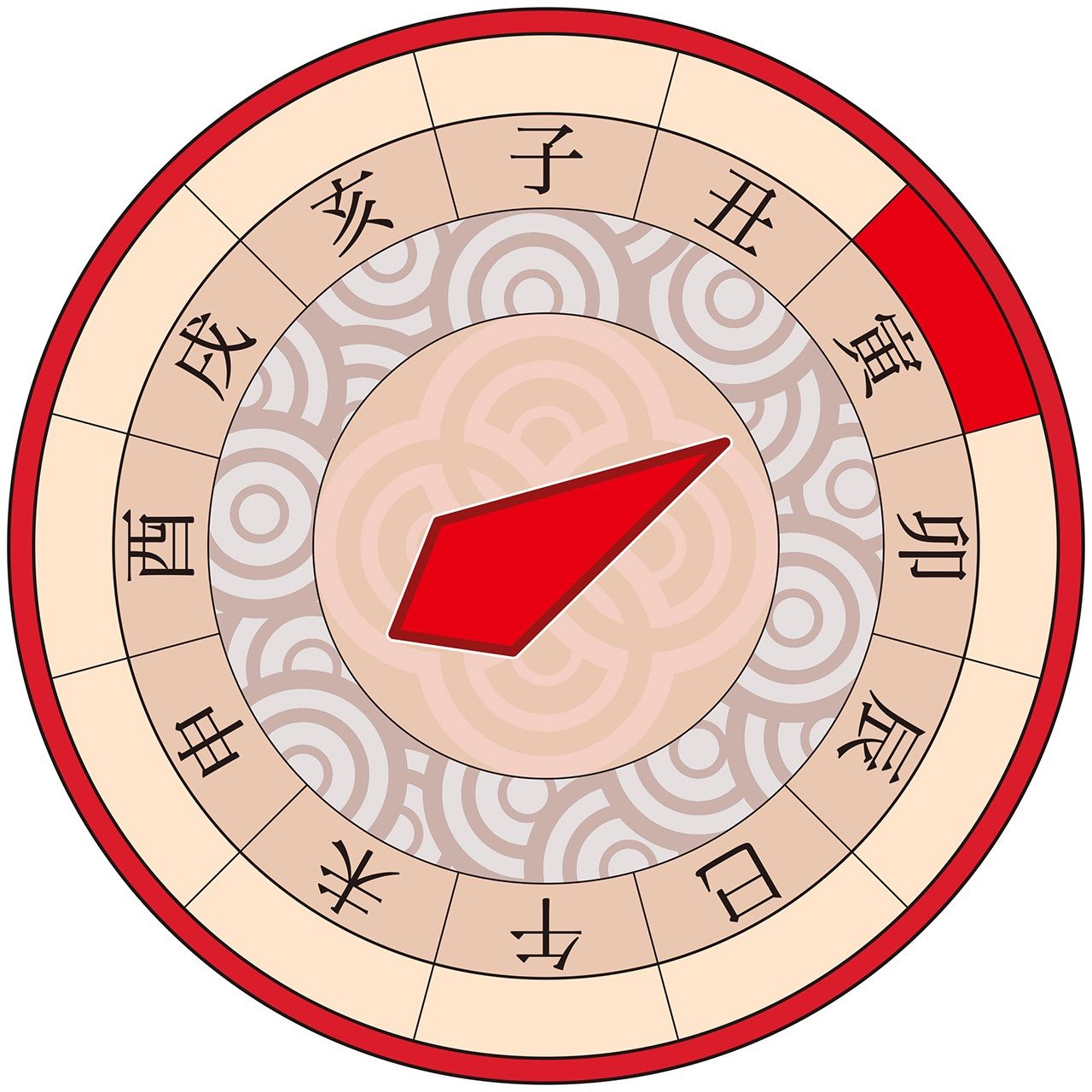 Kanji for the 12 eto line up in order around a circle. Clockwise from the top, they represent the rat, ox, tiger, rabbit, dragon, snake, horse, sheep, monkey, rooster, dog, and boar.

Japanese has a number of sayings based around tigers. Here is a selection.

虎の威を借る狐 — Tora no i o karu kitsune. “A fox that borrows the dignity of a tiger” describes someone relatively powerless who swaggers with assumed authority.

虎の尾を踏む — Tora no o o fumu. “To tread on a tiger’s tail” means to do something very risky.

虎穴に入らずんば虎児を得ず — Koketsu ni irazunba koji o ezu. “You cannot get a tiger cub without entering the tiger’s den” is a phrase used to say that it is necessary to take risks for great reward.

大虎 — Ōtora. This word, literally meaning “a big tiger,” can be used to describe someone who is falling-down drunk. Tigers were traditionally associated with bamboo grass, where they were said to hide. The word for bamboo grass (sasa) can also mean alcohol, leading to a connection between the animals and booze.

虎の巻 — Tora no maki. “The tiger’s volume” means a book of secrets or strategy. This is based on the Chinese classic Liu tao (Six Strategies) in which the fourth part—the Tiger Strategy—gives tips on military tactics. By extension, it can also refer to a crib or study guide.

Guardian of the West

Toranomon, literally “tiger’s gate,” is an area in Minato, Tokyo, that has been on the rise since the opening of the skyscraper Toranomon Hills in 2014. It takes its name from an Edo Castle gate that was on its outer moat. Four mythological creatures were associated with the principal compass directions under one ancient Chinese system (which differs from that for the eto described above). It is believed that the gate’s original name comes from the white tiger that was said to guard the west.

The gate was demolished after the 1868 Meiji Restoration, but some stone wall remains can be found near the Ministry of Education, Culture, Sports, Science, and Technology. 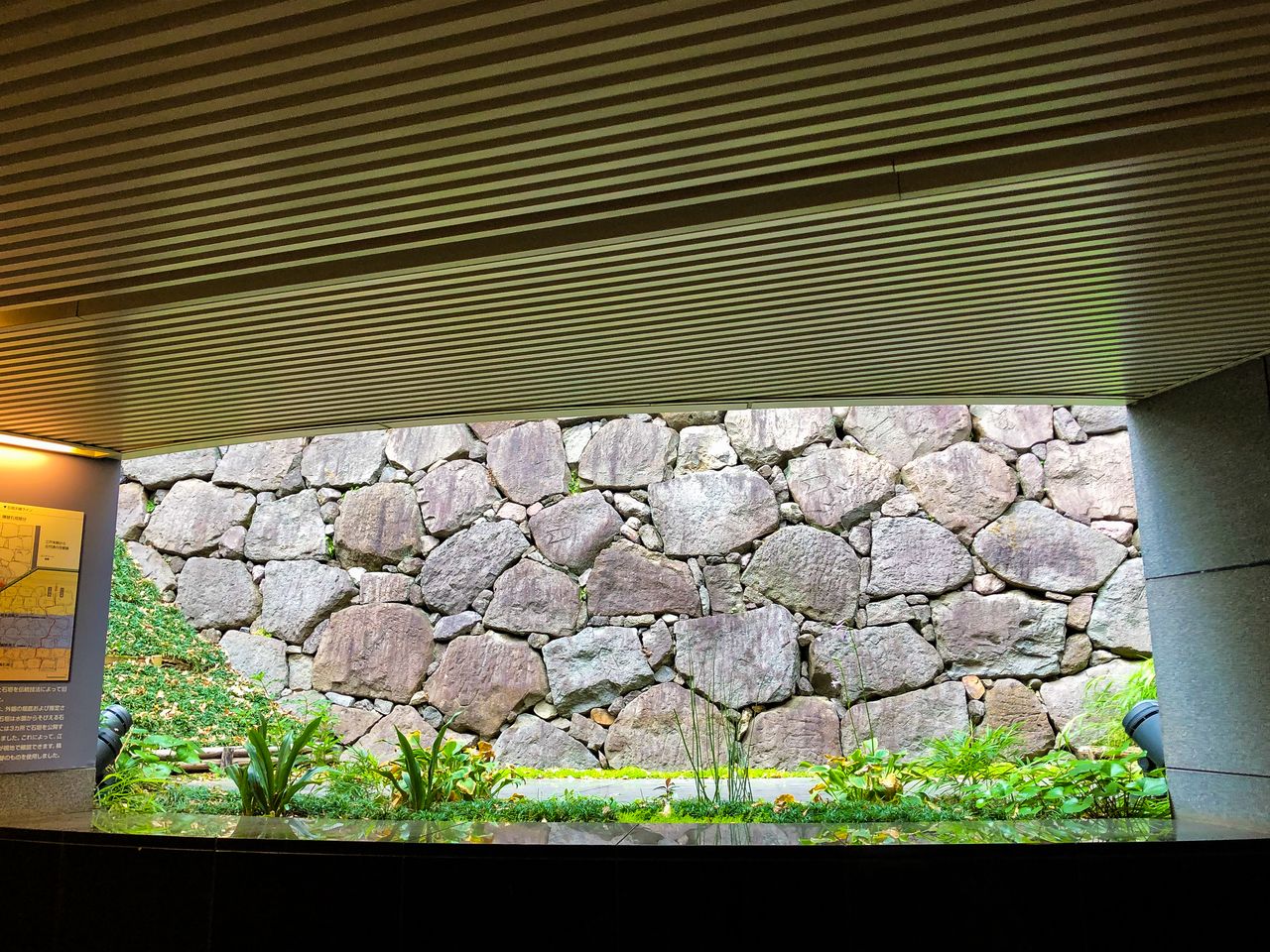 Part of a stone wall from Edo Castle’s outer moat in the Ministry of Education, Culture, Sports, Science, and Technology. (© Pixta)