Society Culture Dec 23, 2015
Every year Japanese households receive an average of 50–100 nengajō or New Year’s cards, which are delivered on January 1. The cards usually feature a picture of the year’s eto (zodiacal animal)—in 2020 this will be the rat.

The practice of sending New Year greetings is believed to date back to the eighth century in Japan, but there is no record of who sent the first greeting or when. The custom is thought to have grown out of the social convention of sending written seasonal salutations when people were unable to make personal visits. Today nengajō, or New Year’s cards, fulfill a similar role to the Christmas card in other countries, although they are sent out in much larger numbers and typically come in the form of postcards. On average, each household will receive around 50–100 nengajō. Production of the postcards by Japan Post, a major supplier, peaked in 2003 at 4.4 billion and has gradually declined as more people print their own cards or use Internet services that take on the job of printing and sending them.

Post offices, convenience stores, and stationery stores start selling nengajō in early November. The cards often feature a picture of the eto (zodiacal animal) for the year ahead, although some are plain or have a printed greeting. Japan Post sells its postcards at a standard ¥63, including postage, and also offers themed stamps for people who make their own cards.

Rather than deliver cards early, post offices hold on to nengajō and distribute them on the morning of January 1. In a traditional ritual of the New Year period, workers and temporary staff at the more than 20,000 post offices around the country hold an early morning ceremony before taking bundles of cards to local households by van, motorbike, or bicycle.

Staff at an Osaka post office set out to deliver nengajō on January 1, 2015, to the familiar strains of the Raiders of the Lost Ark theme.

Japan Post nengajō have lottery numbers printed at the bottom. The chance of winning a small prize is another fun part of receiving cards. In 2020, prizes include tickets to Olympic events like the opening and closing ceremonies, e-cash for online shopping, ¥300,000 in cash, regionally produced goods from around the country, and postage stamps printed with pictures of mice—the zodiac animal for the year.

People post cards ahead of time so that they will arrive during the first week of the New Year. To ensure they are delivered on January 1, it is necessary to post them between December 15 and 25. 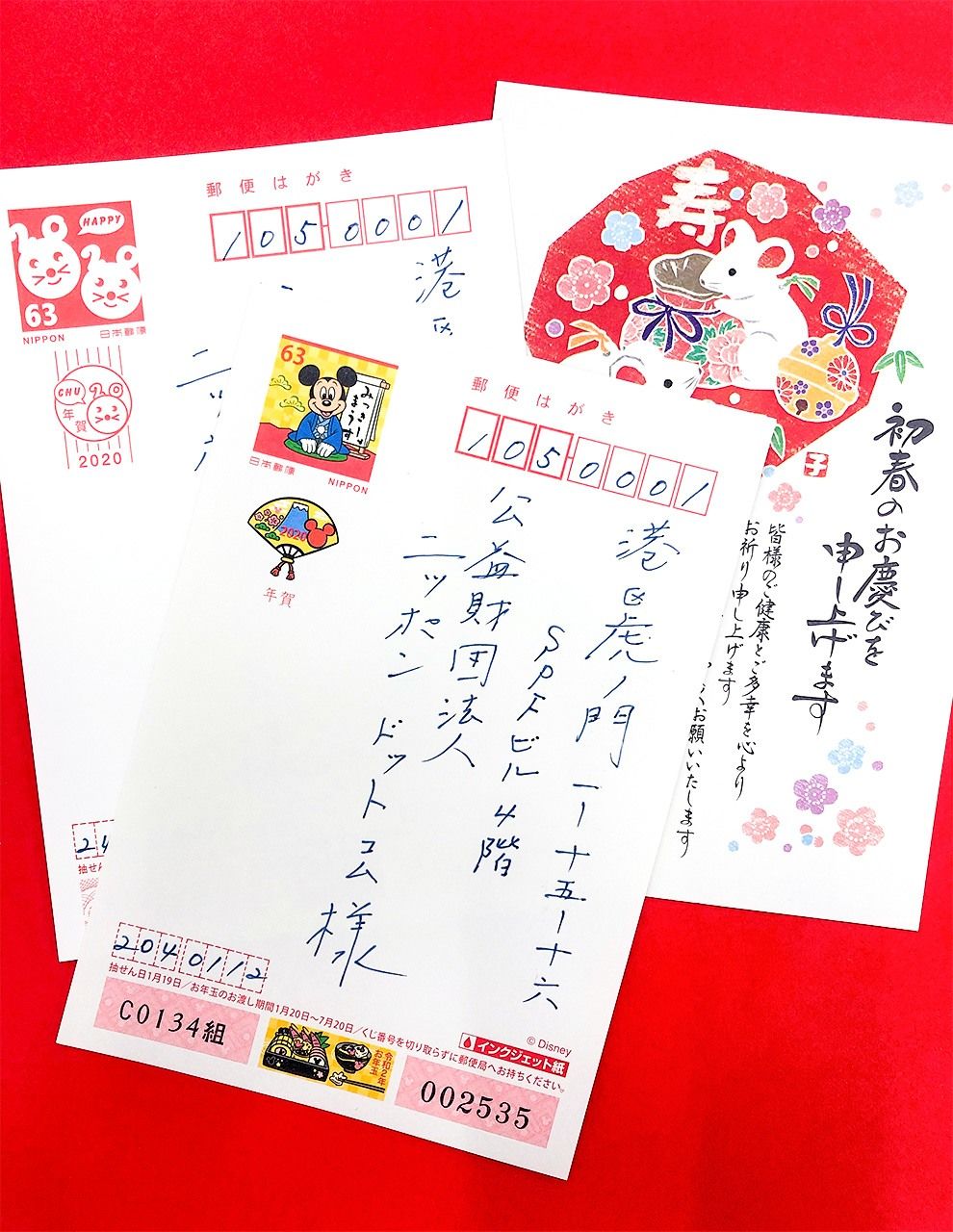 Nengajō with lottery numbers printed at the bottom.

There is a custom of not sending nengajō to households that have suffered the death of a family member during the year. In this case, the mourning household sends mochū hagaki (mourning postcards) in early December to let others know not to send them New Year cards.

Many Kinds of Card 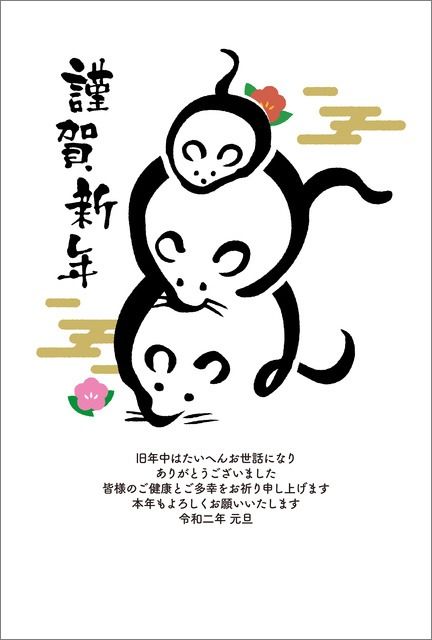 The first part of a written message is a large greeting equivalent to “Happy New Year,” such as Akemashite omedetō gozaimasu or Kinga shinnen. The second part is written in smaller characters and generally expresses gratitude and wishes for the receiver’s happiness.

Recently, it is becoming more common for people to prepare and print their own cards at home or pay the local photo shop or an online service to make them. Others may choose to send ecards using apps or social media. At the same time, many traditionalists remain, who write with a color pen or even a brush, while there are also creative spirits who make their own prints by sculpting a potato or piece of wood to press a design onto their card and others who decorate their cards with masking tape and colored stamps. Even with a printed message, it is good manners to add a touch of personality by writing a sentence about recent happenings.

After the clock strikes twelve and the New Year begins, many people reach for their phones to send the first message of the year to friends, leading in extreme cases to jammed lines and breakdowns in network service.

With the number of digital natives increasing, Japan Post had to develop new ideas to ensure continuing profits from its nengajō business. It launched a site for downloading more than 1,000 templates and for sending cards to friends whose address users do not know. First, people make cards online, mixing and matching designs and photographs. Then they select friends they want to send to and input their email addresses or social media account IDs. The site sends messages to these friends asking if they want to receive nengajō from the maker of the cards; if they agree, the cards are delivered to their houses.

While it is easy to stay in touch by email, in an era when it has become rare to receive ordinary letters, it is nice to get an annual update on what is happening through a physical nengajō.