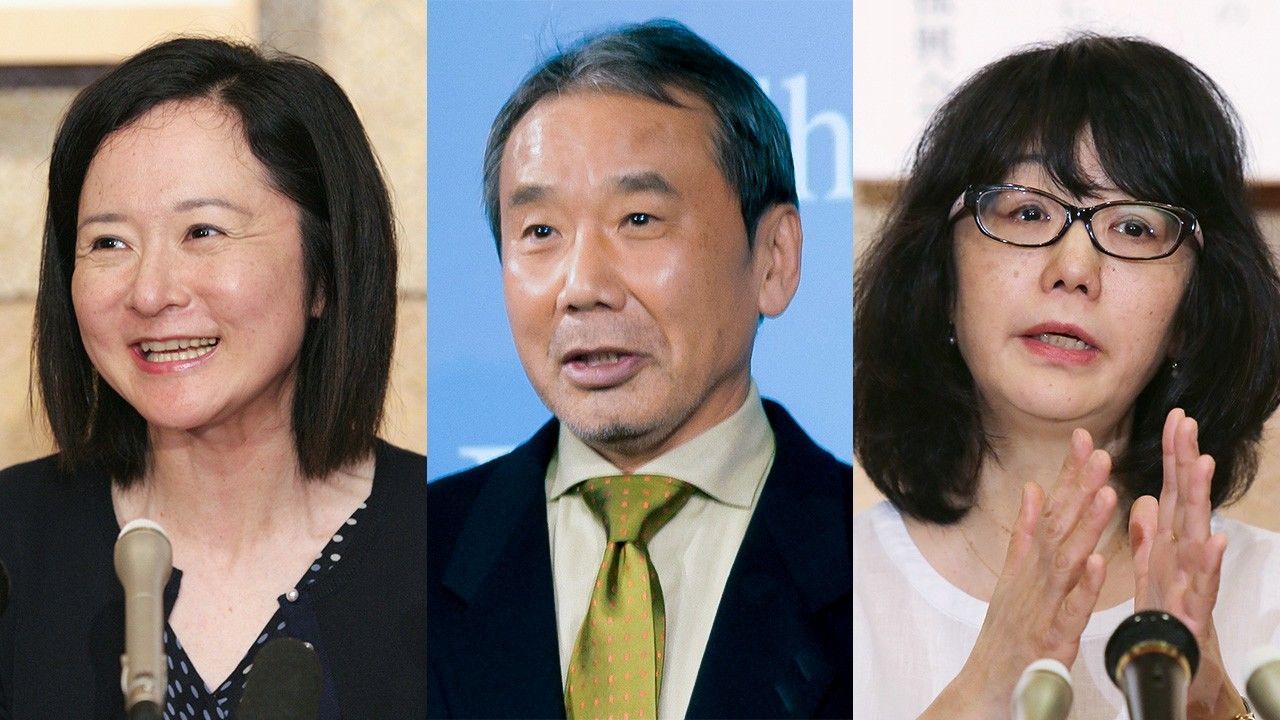 Culture Dec 25, 2020
In the Heisei era (1989–2019), many female writers emerged in Japan and Murakami Haruki became one of the world’s most popular authors.

The bursting of the bubble economy in the first years of the Heisei era (1989–2019) took the wind out of Japan’s sails, and ushered in decades of sluggish growth. Despite the loss of economic prestige, however, the country retained a great cultural appeal, inspiring wider interest than ever in its literature overseas. Many of the writers of the period engaged with such issues as increased job insecurity and the aging population, as well as the major natural disasters that shook the nation.

It is always difficult to summarize recent artistic trends, and this is even more the case when translation enters the equation; works in other languages may first appear years or even decades after the original. While this overview aims to take a largely Japanese perspective on the writing of the Heisei era, it is also influenced by what books are currently available in English.

In 1994, Ōe Kenzaburō was named Japan’s second Nobel laureate for literature, on the basis of his writings from the Shōwa era (1926–89). Murakami Haruki did not win the prize in the Heisei era, despite being regularly tipped as a potential winner since the 2000s, but broke new ground as an international publishing phenomenon. Novels like his 1995 Nejimakidori kuronikuru (trans. The Wind-Up Bird Chronicle) and 2002 Umibe no Kafuka (trans. Kafka on the Shore) expanded the Murakami universe.

Tawada Yōko became an international author in a different sense, basing herself in Germany and writing in both Japanese and German. She won the Akutagawa Prize for her 1993 novella Inu mukoiri (trans. The Bridegroom Was a Dog), a surreal tale of a teacher at a cram school who starts a relationship with a doglike man. Her 2014 novel Kentōshi (trans. The Emissary) imagines a diminished future Japan in which the old live healthily past 100 years old, but children are weak and fragile.

A New Wave of Female Writers

Female novelists came to unprecedented prominence in the period. Notable works include Kawakami Hiromi’s 2001 novel Sensei no kaban (trans. Strange Weather in Tokyo) about the slow growth into intimacy between a woman in her thirties and her former high school teacher, who she meets by chance in a bar. Ogawa Yōko’s 2003 book Hakase no ai shita sūshiki (trans. The Housekeeper and the Professor) is a warm story of the bond between a math professor with a short-term memory spanning only the last 80 minutes and the housekeeper who cares for him.

Kawakami Mieko established herself after receiving the Akutagawa Prize for her 2008 novella Chichi to ran about a family of three women—the narrator, her sister obsessed with breast augmentation, and her niece anxious about the onset of puberty. A translation of an expanded version of the story was published as Breasts and Eggs in 2020. Murata Sayaka achieved both literary and popular success when her 2016 novel of an unconventional woman trying her hardest to pretend to be normal, Konbini ningen (trans. Convenience Store Woman), won the Akutagawa Prize and became a bestseller.

Murakami Ryū continued to craft a distinctive career. His disturbing 1997 novel In za miso sūpu (trans. In the Miso Soup) takes a dark journey through Tokyo’s nightlife. Nakamura Fuminori’s visions are also often bleak, although his 2009 book Suri (trans. The Thief) adds a genre twist, as a pickpocket gets in over his head. Yu Miri was one of several Zainichi (ethnic Korean) writers to emerge in the period. Her 2014 novel JR Ueno-eki Kōenguchi (trans. Tokyo Ueno Station) tells the story of a homeless man living on the margins of Japanese society.

Works like the 2005 novel Yōgisha X no kenshin (trans. The Devotion of Suspect X), about a mathematician who tries to take the blame in a murder case, set Higashino Keigo up as the king of mystery fiction in Japan. Kirino Natsuo also made waves in the genre. Her 1997 thriller Out centered on a group of women whose lives spin out of control after trying to dispose of a murder body.

A woman starts talking to a much older man in a bar, and realizes that he is her former high school teacher. Gradually their loneliness brings the two of them together.

Since suffering a head injury many years ago, a math professor has just 80 minutes of short-term memory. A new housekeeper takes on the difficult task of caring for him.

Translation: The Housekeeper and the Professor by Stephen Snyder.

When a woman kills her abusive ex-husband, her neighbor helps her to cover up the murder. A police detective and his brilliant physicist friend work to unpick what exactly happened.

Translation: The Devotion of Suspect X by Alexander O. Smith.

In a future Japan, cut off from the world, Yoshirō is still healthy at over 100 years old. He spends his days with his great-grandson Mumei, who is sickly like all the children of the time.

Translation: The Emissary (also published as The Last Children of Tokyo) by Margaret Mitsutani.

A woman who finds it hard to understand the conventions of society starts working at a convenience store, and thinks that by following the employee manual exactly she can find a way of fitting in.