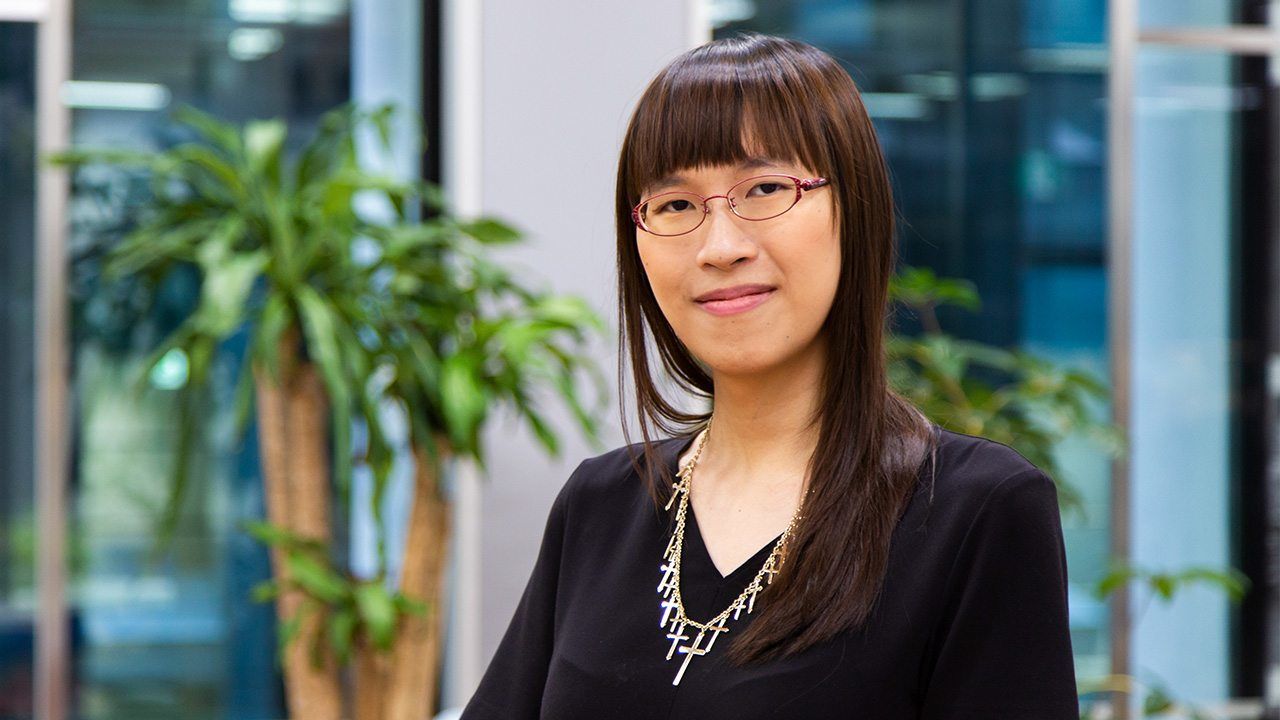 Culture Books Language Jul 23, 2021
Li Kotomi was named alongside Ishizawa Mai as winners of the 165th Akutagawa Prize. She is the first writer from Taiwan to win the prestigious award, which she received for her work Higanbana ga saku shima (The Island Where the Spider Lily Blooms). She began studying Japanese as a teenager and later moved to Japan, where she pens poignant works in her adopted language. In this article, we look at what drew Li to her adopted country and the road that led her to Japan’s most prestigious literary award. 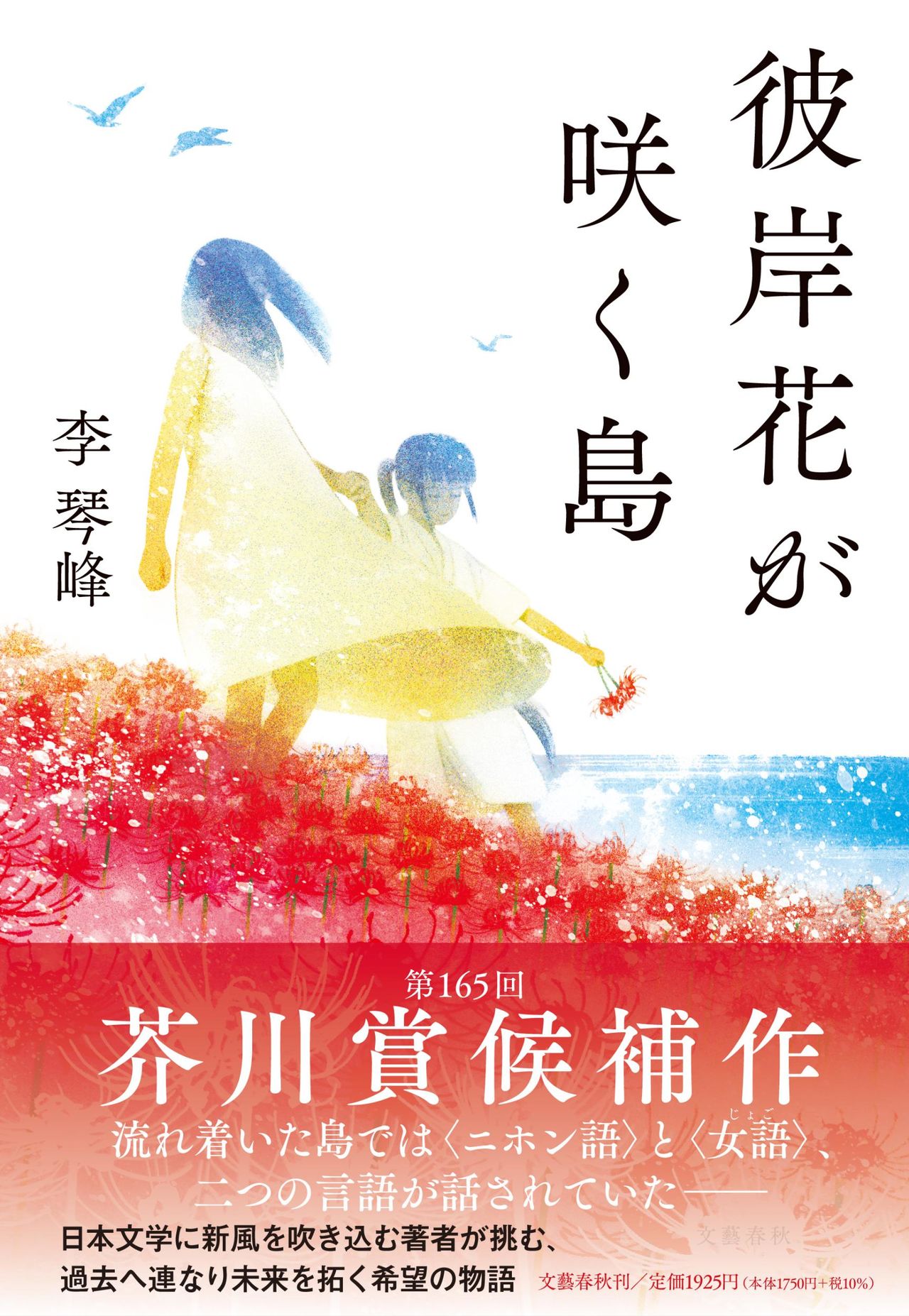 Since her first Japanese novel Hitorimai (Solo Dance) received the Gunzō New Writer’s Award for Excellence in 2017, Li Kotomi has been the focus of critical acclaim in Japan. In 2019, her work Itsutsu kazoereba mikazuki ga (Count to Five and the Crescent Moon. . .) was nominated for the Noma Literary New Face Prize and was also short listed for the Akutagawa Prize, with Li earning high praise from judges like Takagi Nobuko and Shimada Masahiko.

Li again drew attention with her most recent novel Higanbana ga saku shima (The Island Where the Spider Lily Blooms). Released this year, it was among the nominees for the prestigious Mishima Yukio Prize and was chosen along with a novel by Ishizawa Mai for the 165th Akutagawa Prize. In winning the honor, Li joins some of Japan’s greatest literary figures while also making history as the first writer from Taiwan to receive the esteemed award.

Li belongs to a group of established authors from Taiwan writing in Japanese that includes Higashiyama Akira and On Yūjū. What sets her apart from her Taiwanese literary contemporaries, though, is that she did not grow up speaking Japanese as Higashiyama and On did, both of whom have lived in Japan since they were children. Instead, she spent her formative years in Taiwan immersed in her native Mandarin Chinese and only learned to write novels in Japanese after years of dedicated study and practice, making for an unusual path to Japan’s top literary prize.

Drawn to Japan’s diverse pop cultural offerings, she began studying Japanese as a teenager. After graduating from one of Taiwan’s top universities, she came to Japan in 2013 to study at Waseda University’s Graduate School of Japanese Applied Linguistics. Earning her master’s degree, she stayed in Japan, working for a Japanese company while polishing her language and novel-writing skills.

Taiwanese writers have previously won Japan’s other leading literary award, the Naoki Prize. Given at the same time as the Akutagawa Prize, which recognizes new writers of fiction, it is Japan’s top award for popular literature of any genre. Kyū Eikan received the award in 1955 and Chin Shunshin in 1968. Chin was born and raised in Kobe in Hyōgo Prefecture and Kyū grew up a native Japanese speaker in Taiwan, when it was under Japanese rule, before coming to Japan. What makes Li’s achievement so remarkable, then, is her mastery of Japanese after only beginning to learn the language at the age of 15, to say nothing of her talents as an author.

She displays the same proficiency as a writer in her native Mandarin. Rather than translate her novels Solo Dance and Count to Five and the Crescent Moon. . ., she rewrote the works in Chinese. In a 2019 article for Nippon.com, Li, who is also an accomplished translator, described the act as “maybe not unprecedented, but certainly unusual.” Her main literary focus, however, remains on Japan.

Li grew up in a small town in central Taiwan, far removed from the influence of Japanese. She says that none of her friends and no one in her family could speak the language, and that until she started studying in junior high school, she could not even recognize a single hiragana character, the main phonetic script of Japanese. To go from zero Japanese to winning the Akutagawa Prize is unparalleled.

She developed an affinity for the Japanese writing system early on in her studies, describing it as “gems of kanji inlaid in a sea of hiragana.” Anime, television dramas, and other pop culture from Japan are widely available in Taiwan, and Li would study by copying down and practicing the lines she heard. As her proficiency grew, she began to talk to herself in Japanese and even dream in the language.

She mastered katakana before the more prevalent hiragana for the simple reason that all the names of the Pokémon character are written in the script. She bolstered her vocabulary watching anime, learning words like kimi (you), shōnen (boy), and suki (like). She worked her way through well-known titles such as Case Closed, Inuyasha, and Hikaru no Go, and listened to a wide range of J-Pop artists. Once she satiated her interest in the linguistic offerings of Japanese subculture, her desire for a deeper understanding of the language led her to novels and lyrics, where she learned the rich expressions that characterize her Japanese novels and other writings.

Although she grew more confident in her adopted language, Li was not convinced that she could make her way as a novelist in Japanese. She has spoken of the intrinsic sense of uncertainty of a non-native speaker and her deep awareness of being an outsider, saying that “a native speaker is always right, and a non-native speaker has no standing to interpret what they say otherwise.”

Winning the Gunzō New Writer’s Award in 2017 exorcised these worries for Li by validating her abilities as a writer of Japanese novels, a status she has labored intensely to achieve. Speaking after accepting the award, she expressed her happiness, stating that “I feel as if I’ve become not a citizen of Japan, but a citizen of the Japanese language.” With the Akutagawa Prize, her uneasiness about being a novelist writing in a foreign language should be quelled for good.

Li, as a sexual minority herself, populates her novels with a cast of LGBT characters. Her focus on identity and orientation is also a reflection of the growing openness of Taiwanese culture, as demonstrated by the popularity of Taiwan’s first transgender cabinet member, Digital Minister Audrey Tang.

In The Island Where the Spider Lily Blooms, Li explores the theme of identity through the eyes of the novel’s protagonists, a girl without memory of her past who finds herself stranded on a strange island. There she meets residents who communicate in one of two languages based on gender. Speakers of the female dialect eventually come to dominate society, but the girl in learning to use the feminine language discovers the island’s tragic history.

The story was influenced by Li’s travels around Okinawa, including to Yonagunijima. While part of Japan, Yonagunijima is an outlier both geographically and culturally, lying closer to Taiwan and even China than it is to mainland Okinawa. The history and customs of the island have a deep connection with Taiwan, and Li imaginatively borrows from her experience while travelling around Okinawa to map out how the juxtaposition of boundary and diversity influences a person’s identity.

Like the girl in the novel, Li in arriving in a new land has expanded her identity through language, and in the process she has achieved one of the greatest honors in Japanese literature. Her winning the Akutagawa prize is testament to her love of her adopted language, and of the adoration and acceptance she has received in return.

(Originally published in Japanese on July 15, 2021. Banner photo: Li Kotomi, winner of the 165th Akutagawa Prize, during a visit to the offices of Nippon.com in July 2019.)