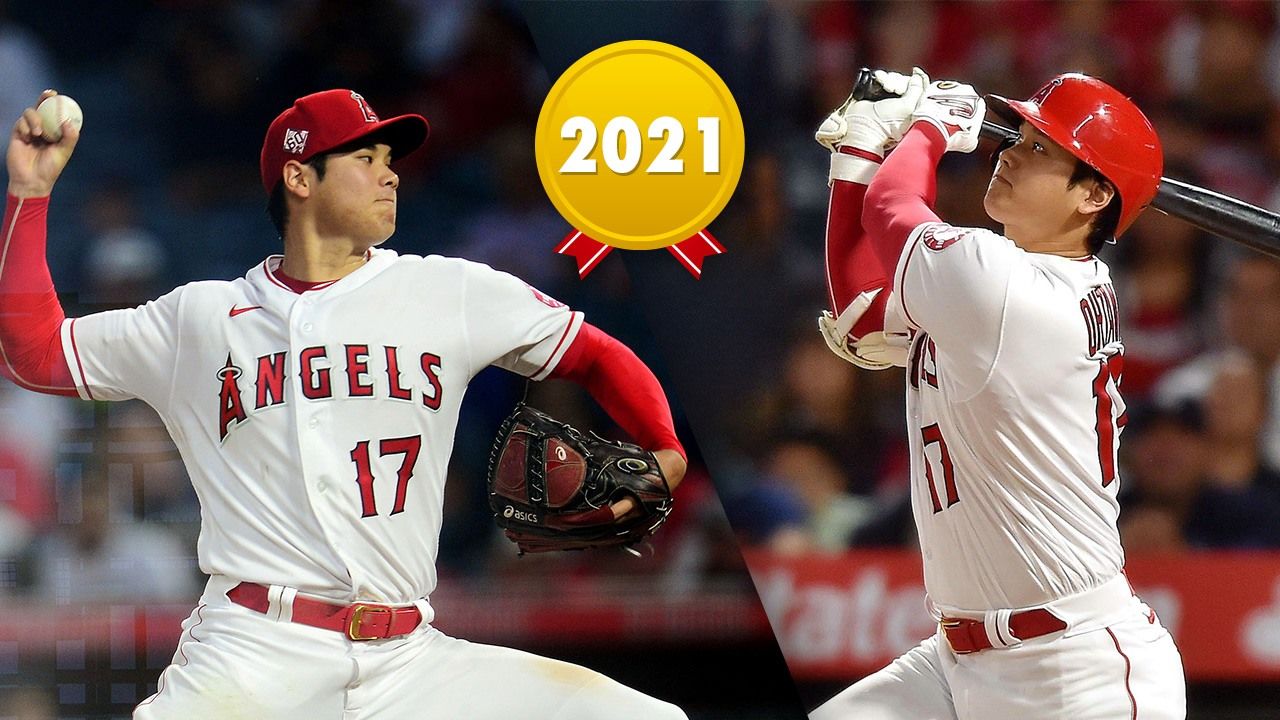 Culture Language Dec 1, 2021
Japan’s “Words of the Year” are out for 2021, with riaru nitōryū and Shō taimu taking top honors. The phrases both describe baseball phenom Ohtani Shōhei, who “wielded two swords for real,” both on the mound and in the batter’s box, as he wowed fans with his “Shō Time” performances.

Los Angeles Angels star Ohtani Shōhei cleaned up this season in Major League Baseball, winning the American League MVP Award, the Edgar Martinez Outstanding Designated Hitter Award, and many other accolades. A slugger in the running for the home run crown, finishing with 46 homers, he was also a threat on the mound, where he racked up a 3.18 earned run average over 23 starts.

This rare combination of talents on the pitcher’s mound and at the plate propelled him to the top of this year’s Words of the Year ranking, chosen annually by a selection committee organized by Jiyū Kokumin Sha, the publisher of Gendai yōgo no kiso chishiki (Basic Knowledge on Contemporary Terminology), an annual guide to the latest terms in use in the Japanese language. We covered the full list of 30 nominees last month. Today, the committee announced its short list of 10 finalists and the two winning terms, both referencing Ohtani, judged to have become a vital part of the Japanese language this year.

Given the high profile of COVID-19-related terms in last year’s ranking, it was somewhat surprising to see just a pair of entries associated with the pandemic in the 2021 finalists—mokushoku, or “silent dining” aimed at preventing viral transmission, and jinryū, the “flows of people” tracked by researchers hoping to pinpoint infection routes. The postponed 2020 Tokyo Olympics proved more productive, with three finalists coming from comments by sports announcers, a para-athletics competitor’s name, and criticism of the International Olympic Committee for putting profit ahead of public health.

As some of the selection committee members noted, their task was made difficult this year by the major stories in Japan—the summer games and the pandemic—pulling people’s attention, and language, in different directions. The poet Tawara Machi stated: “The news we followed was an uneven patchwork, with stories about the Olympics interspersed with stories about COVID-19. . . . We’d see a phrase like ‘highest number ever,’ and need to read on to learn whether it referred to Japan’s medal count or new infections.” Amid all this, she noted, Ohtani’s performance stood out brightly.

University of Tokyo Professor Emeritus Kang Sang-jung, too, commented that “just like the previous year, 2021 was one during which we could never break free from the shadow of the coronavirus. But people seemed to be seeking for something brighter in the words that came to their lips, leaving the impression that dawn is finally beginning to break . . . I’m hoping to see some truly fresh, exciting new phrases make their appearance next year.”

The actress and writer Muroi Shigeru, meanwhile, noted that while the Olympics and Paralympics provided their share of new terms, they seemed likely to fade quickly along with the fleeting excitement of the games themselves. “I was struck rather by the words that are likely to be with us for longer—the United Nations SDGs, gender equality, and generation Z, for instance.” She also expressed her hope that 2022 will bring different new words to a world recovering its vitality, “the kind of words that bring a smile to your face as you say them out loud.”

うっせぇわ — Usseē wa. High school singer Ado expressed her anger toward society through a song titled with an aggressively phrased form of “Shut up!” Originally released in October 2020, it took off in 2021. 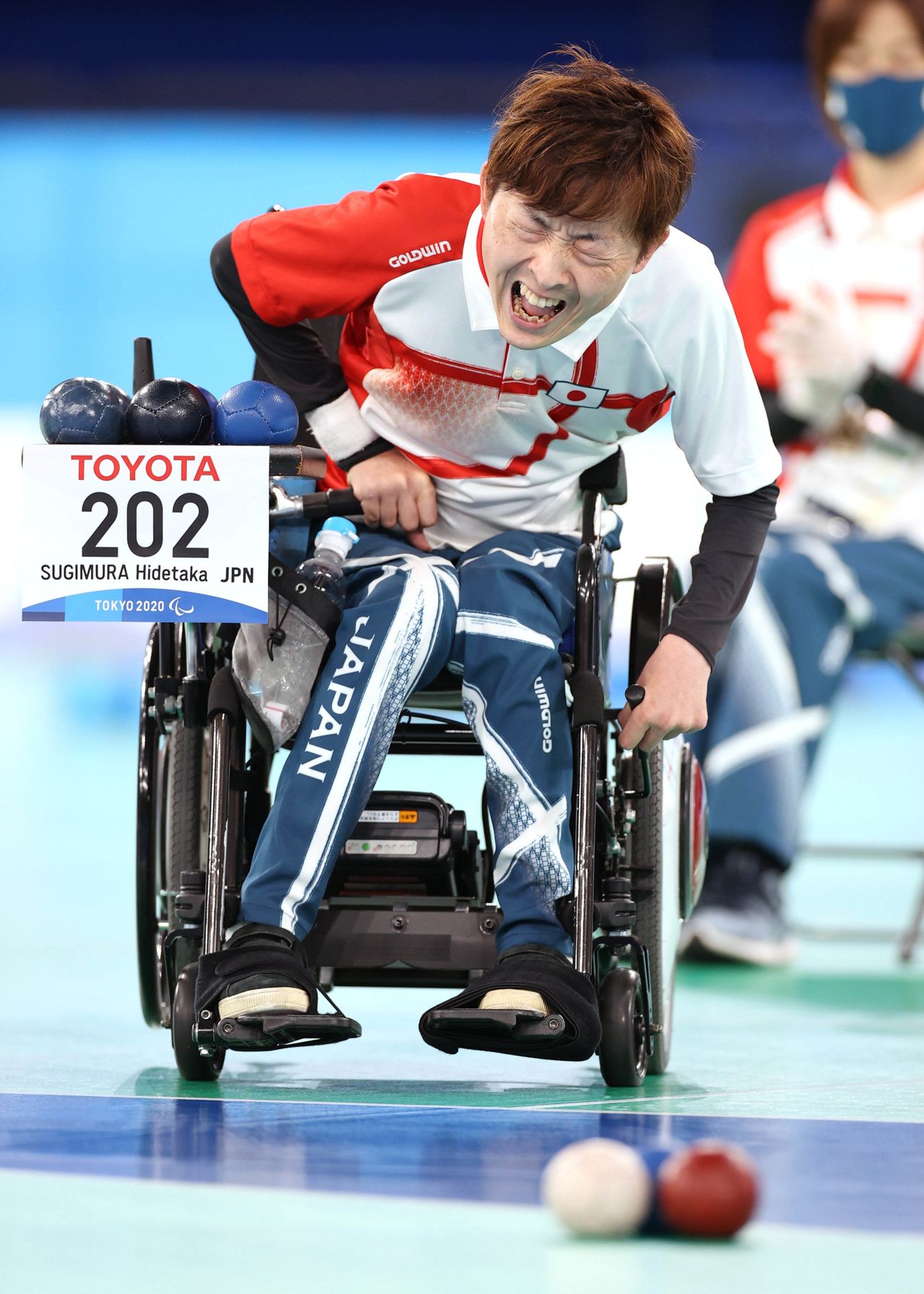 Sugimura Hidetaka celebrates his boccia gold medal at the Tokyo 2020 Paralympics on September 1, 2021, at the the Ariake Gymnastics Center in Tokyo. (© Jiji)

黙食 — Mokushoku. A newly coined word for “silent dining,” mokushoku was joined by terms like マスク会食 (masuku kaishoku), “the masked meal,” as restaurants urged diners to eat without the conversation considered to be a means of viral transmission and to put their masks on whenever they were not using their mouths to eat and drink.

(Originally written in English. Banner photo: Ohtani Shōhei in action on the mound [© Reuters] and at the plate [© Jiji].)