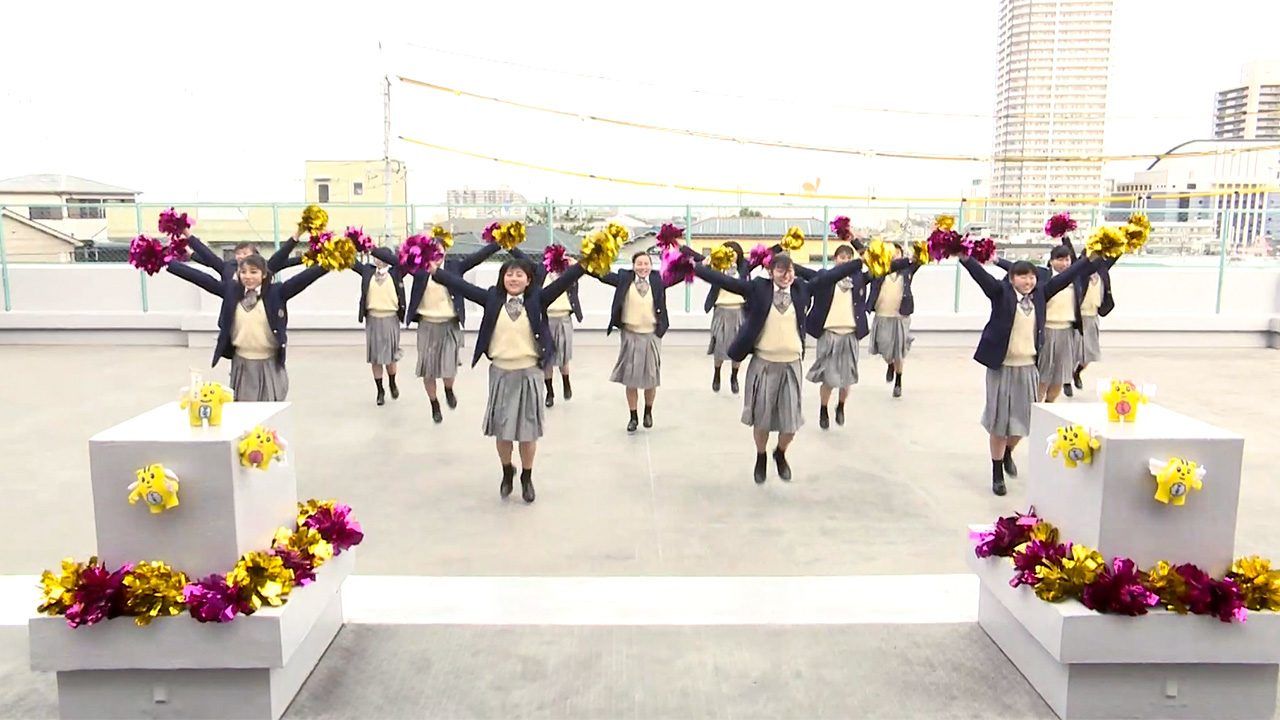 The Future of Japan’s Idol Industry

Culture Society Entertainment Jun 18, 2019
With new manifestations of underground and local idols, the idol industry is attracting many aspirants whose dream of becoming a popular idol is no longer so far-fetched. The booming genre, however, has numerous problems. Author and idol authority Nakamori Akio talks about the industry’s future. 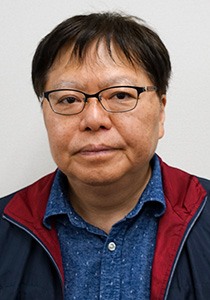 Writer, idol industry critic, columnist, and editor. Born in 1960 in Mie Prefecture. Coined the now widely used term otaku in reference to the obsessive fans of certain subcultures. Since the 1980s, has interviewed numerous idols and continues to report on their appeal. Major writings include Aidoru Nippon (Idol Japan), Sabishisa no chikara (The Power of Sadness), and Aidoru ni naritai! (I Want to Become an Idol!). His novel Anākī in za JP (Anarchy in the JP) was nominated for the Mishima Prize.

Nakamori Akio’s Aidoru ni naritai! (I Want to Become an Idol!), published in 2017, is the beginner’s guide to becoming a Japanese idol. Written in a simple style, it explains the history of the idol phenomenon and what is involved in working as an idol. We asked Nakamori why he wrote this book. 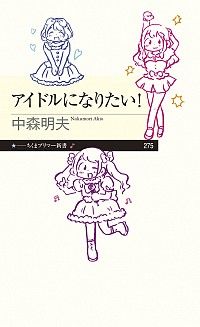 “There has been a boom in the idol market in Japan since around 2010. A growing number of young people want to become idols and more and more parents are encouraging their children to aspire to the role. The first truly ‘homegrown’ idol was Minami Saori, who made her appearance 48 years ago in 1971. The idol phenomenon is still relatively new, and the tendency is not to take it too seriously, so I decided to write an introduction to the genre.

“First of all, people don’t really understand what an idol is or does. In this book, I define an idol as a job in which you work to get people to like you.”

Nakamori warns idol aspirants to be careful in choosing an agent and points out the importance of the contract.

“The problem now is that there are too many idols. AKB48 alone has several hundred members. And while there is no accurate count, if you include local idols and so-called underground idols, the number probably exceeds 10,000. Problems are increasing in direct proportion to the sheer numbers and the increase in amateur operations.”

Downsides to the Business

A recent example is an incident that happened last year. On December 8, Yamaguchi Maho—a member of AKB48’s sister group in Niigata, NGT48—was accosted by two men right in front of her apartment. The two were arrested the following day but were released on December 28 without being indicted.

The public learned of the incident when Yamaguchi reported it on Twitter and on her livestream program, Showroom, that aired on January 9. On her show, Yamaguchi said, “I thought I might be killed,” and continued, “I’ve waited a whole month, but nothing has been done.” On Twitter, she seemed to state that others in her organization had told the men where she lived. “Just because I don’t maintain personal connections with my fans, does that mean other members who do have fan connections have a right to leak my personal information?”

Yet, even though Yamaguchi was the victim, at a performance by the group on January 10, she publicly apologized for “causing a disturbance.” Later, when the agency managers held a press conference about the incident, Yamaguchi kept up a running critique on Twitter refuting their explanations. The situation was still unresolved when Yamaguchi and two other NGT48 members announced their “retirement” from the group on April 21. Yamaguchi claimed at the time that the president of AKS, the agency that manages NGT48, had told her that “anyone who attacks the company is an aggressor.” 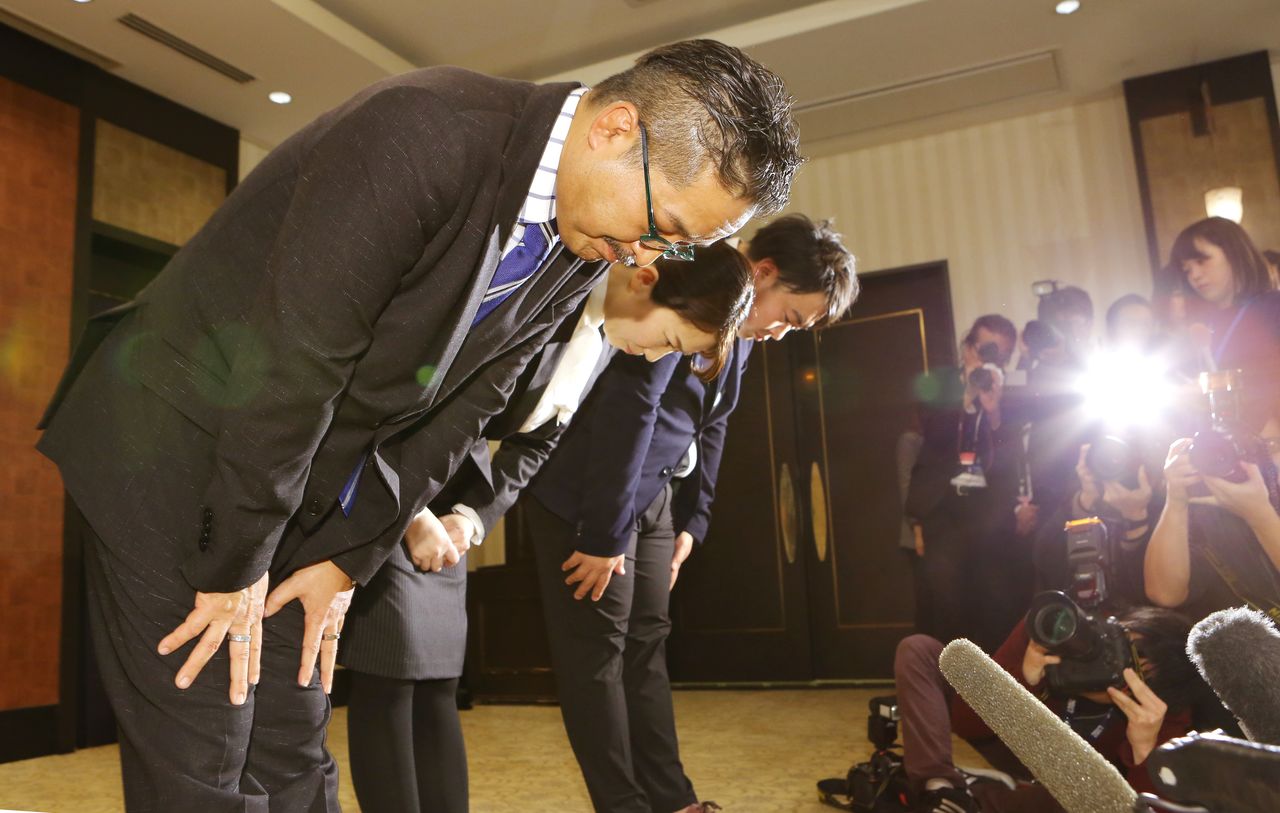 Nakamori says of the incident, “It was something that never should have happened. At least there was no attempt at a cover-up and the assault was reported to the police. Still, the two men were not indicted and the media reports on them were limited because they were private citizens. And because the agency did not act swiftly and were not transparent in their handling of the incident, there were all kinds of online speculations and rumors that only made things worse for Yamaguchi and the other members of the group. They should have been able to handle it better than that.”

Incidents like this give idols a bad name and point to the need for changes in the current system. In his primer, Nakamori suggests that to help sustain the genre, schools should allow “idol clubs” as part of their extracurricular activities as one way to ensure adult oversight and responsible management.

“Extracurricular clubs in schools are managed by teachers. A school also provides a safe environment that would allow for a certain degree of self-management by the students. Schools already have drama clubs and dance clubs. In fact, the captain of the dance club at Osaka’s Tomioka High School, which burst onto the national scene when it placed second in the 2017 All-Japan High School National Dance Off with its “Bubbly Dance” routine poking fun at the fashions and hairstyles of Japan’s economic bubble era, has gone on to join the entertainment industry. I think the reason schools don’t yet have idol clubs is the general perception that being an idol is somehow a “lightweight” profession. But idols do many things. Some dance and sing; others compose music or design costumes. Some even act as producers. I don’t see why these activities couldn’t be consolidated into a school idol club.” 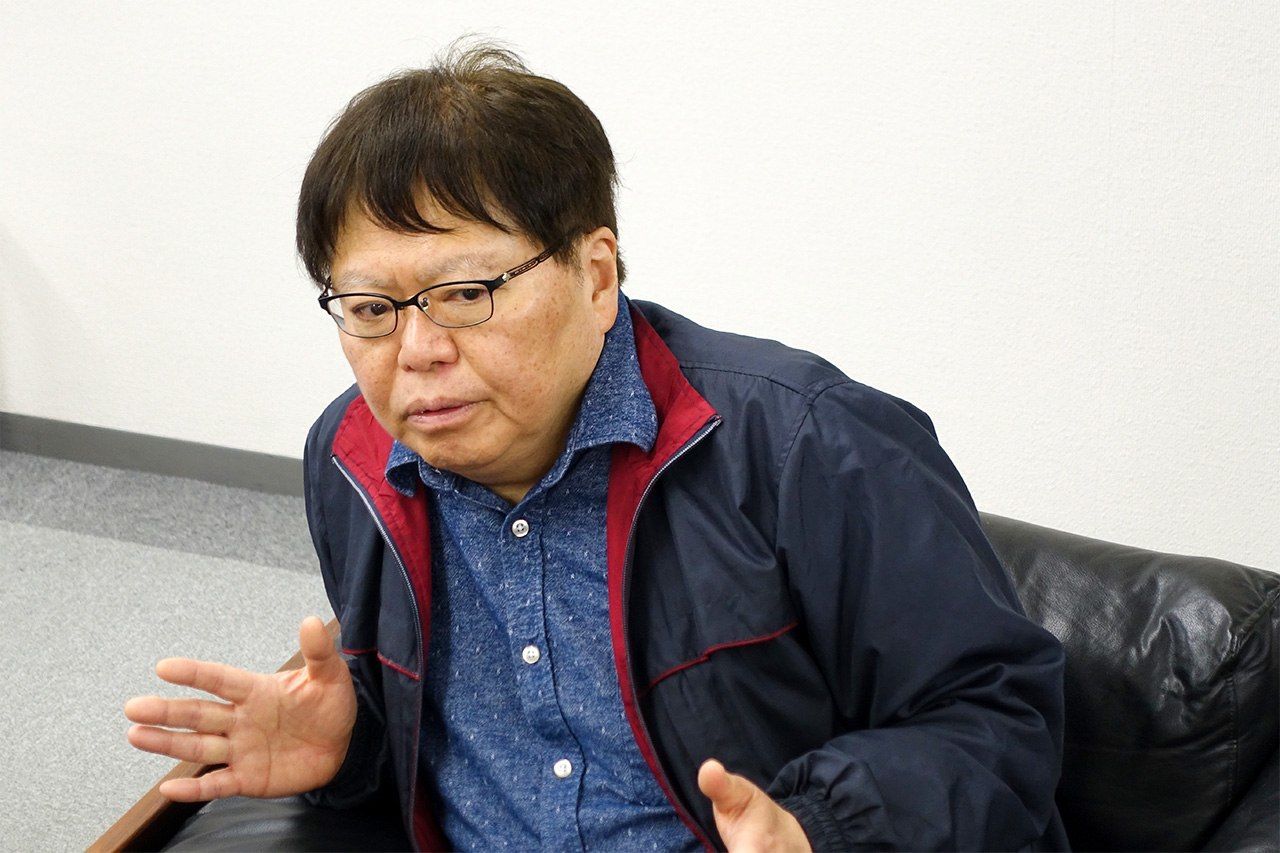 Nakamori Akio speaks about ways to bring healthier approaches to the idol industry.

Another factor that has hindered the formation of idol clubs at schools is the conservative nature of the industry.

“That’s because an idol is viewed as a role model,” says Nakamori. “The tendency is to imitate and copy, though, which diminishes the creative aspects of the profession. The current idol image is no different from what we had back in the 1970s with Pink Lady or the Candies. AKB48, with its large numbers, is based on a system developed long ago by the Takarazuka revue. As staged entertainment, I don’t see much development since the 1970s.”

Still, there are hints of subtle changes. Take, for example, Satō Masaki, a prominent member of the latest incarnation of the popular idol group Morning Musume. On February 16, speaking on a radio program hosted by television personality Akashiya Sanma, flatly denied any willingness to become a pinup model. “I understand it may be seen as part of my job,” she said. “But in that case, I want to be paid 180 million yen for wearing a bathing suit. And if I’m asked to pose in the nude, I want to be paid 60 billion yen.”

“Good for her,” says Nakamori. “Not too long ago, her agency would have told her to quit if she didn’t want to be an idol. But she made it clear how she felt about that, and her agency allowed her to speak up. I think we’ll be seeing more of this new kind of idol in days to come.”

Nakamori notes other changes as well.

“The past decade has been an era of vicious competitiveness in the idol industry. In 2018, well-established groups like Babyraids Japan and Passpo disbanded. Maybe it was too difficult to sustain the business model they were based on, but all the same, I don’t think we’re seeing the advent of an ‘ice age’ with stagnation in the idol industry.”

This is because, he continues, “they don’t have to depend on television. Instead, we’ll see more live and Internet-based performances. When Pikotarō appeared on the Internet singing and dancing to “PPAP,” he became a worldwide sensation. Likewise, the zombie comedy Kamera o tomeru na [One Cut of the Dead] cost only 3 million yen to produce and was not originally intended for theaters but nevertheless became a major hit through simple word-of-mouth. Clearly, there’s no need for a mega-budget to produce a global hit. I think the same thing can happen with the idol industry.”

What kind of idols will we be seeing in this context? Opines Nakamori, “We won’t know until they start to appear. The idol phenomenon is based on the symbiotic relationship between idol and fan. No matter how carefully entertainment pros calculate the odds, no matter how much money they invest, there’s no guarantee they are going to make a hit. That’s what makes this genre so interesting.”

Meanwhile, he notes, the NGT48 assault case just goes to show the impact fans can have on the business.

“In the 2010s, we start seeing meet-and-greet events where fans could line up to shake the hand of their favorite idol. Many have been critical of this new spin on the business. But it is really just another form of the necessary communication between idol and fan, and I don’t think we’ll see it fade away any time soon. Schools have baseball clubs, and out of these school clubs have arisen new baseball stars who have helped to generate fans for baseball teams throughout the country. In the same way, I think high school idol clubs will also generate new stars whose fans will help to spread the genre throughout the country—and even around world. In fact, I think we are already seeing the start of this trend.”