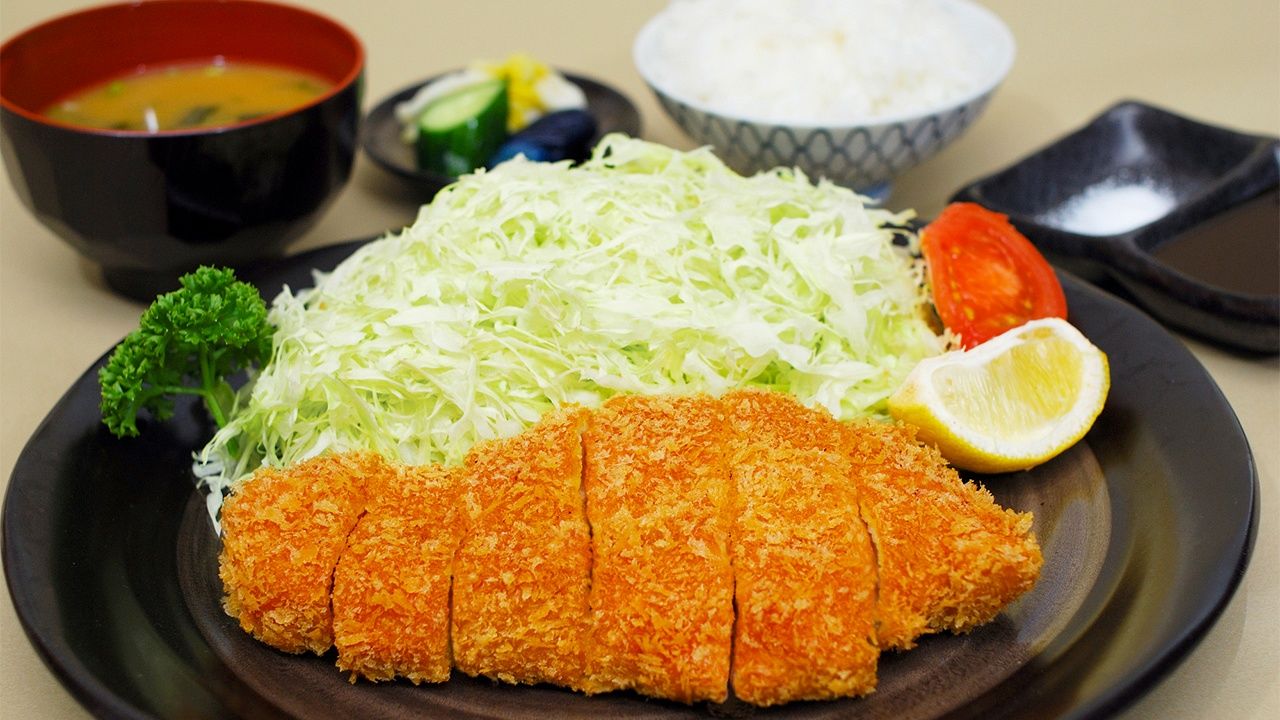 Culture Food and Drink Guide to Japan Nov 12, 2019
Yōshoku are dishes with Western origins that have been adapted to the Japanese palate. They are as much a part of modern culinary culture as traditional cuisine such as sushi and soba noodles.

Japan is renowned as a gourmet’s paradise, a boast backed by the Michelin Guide. The 2019 Tokyo edition of the gastronomic guidebook contains more entries, starred restaurants, and cuisine categories than any other volume in the series. Among the medley of eateries are shops serving Western-style cuisine. Although a relatively recent addition to Japan’s culinary repertoire, dating back only about 150 years, in that time Western food has evolved into its own distinct culinary genre.

In Japan, seiyō ryōri and yōshoku both refer to Western-style cuisine, but the two terms are not synonymous. Seiyō ryōri is authentic continental fare, most notably French and Italian cooking. Yōshoku, on the other hand, is a generic term for Japanese dishes inspired by Western food that are distinct from the washoku tradition. Another distinction is that seiyō ryōri is eaten using a knife and fork, whereas yōshoku, which has changed over time to suit Japanese tastes and customs, is typically consumed using chopsticks.

The history of yōshoku began in earnest at the dawn of the Meiji era in 1868, a time when Japan looked to the West as a model for modernizing the country under the banner of “civilization and enlightenment.” During this period society began to distinguish between Japanese and Western items. Words like wafuku for Japanese garments and yōfuku for Western clothing along with washitsu for a Japanese-style room and yōshitsu for its Western counterpart came into use.

Under the influence of Buddhism, Japan for centuries forbade the killing of animals for food, including the slaughter of livestock like horses and cattle. Such prohibitions were also part of the Edo shogunate’s attempts to restrict commoners’ access to luxuries like meat. However, with the arrival of the Meiji Restoration, the new government came to see the consumption of beef, pork, and poultry as a symbol of an enlightened society, prompting a wholehearted shift in the traditional diet. For Japan, which had been forced to sign unequal trade treaties with the Western powers, meat-eating became a way to fortify the nation and transform Japanese into the physical equals of Europeans.

It was against this background that the Japanese livestock industry developed domestic cattle breeds into the famed wagyū brands like Kobe beef and Yonezawa beef. Some of the earliest fans of the tender, marbled meat were none other than Englishmen, long known for their love of beef.

In the early Meiji years only members of the privileged class could afford to patronize early purveyors of fine Western-style cuisine, restaurants like Ueno Seiyōken. However, rumors of this cuisine drifted to nearby Asakusa, a pulsating center of plebeian culture. Ordinary Tokyoites, always quick to try new things, longed to get a taste of the new style of sophisticated cuisine. Their wishes were eventually fulfilled as numerous establishments in the district began serving yōshoku dishes, matching these with traditional offerings like sake, rice, and miso soup.

The dish that best represents the early development of yōshoku is fried pork cutlet, or tonkatsu. A savory delicacy, it quickly became a customer favorite, appearing on menus of establishments in the neighborhoods of Asakusa and Ueno. Some of these early eateries, shops like Yutaka and Isen, are still in business today. Tonkatsu has since become such a mainstream cuisine that few Japanese today even consider it Western-style fare. 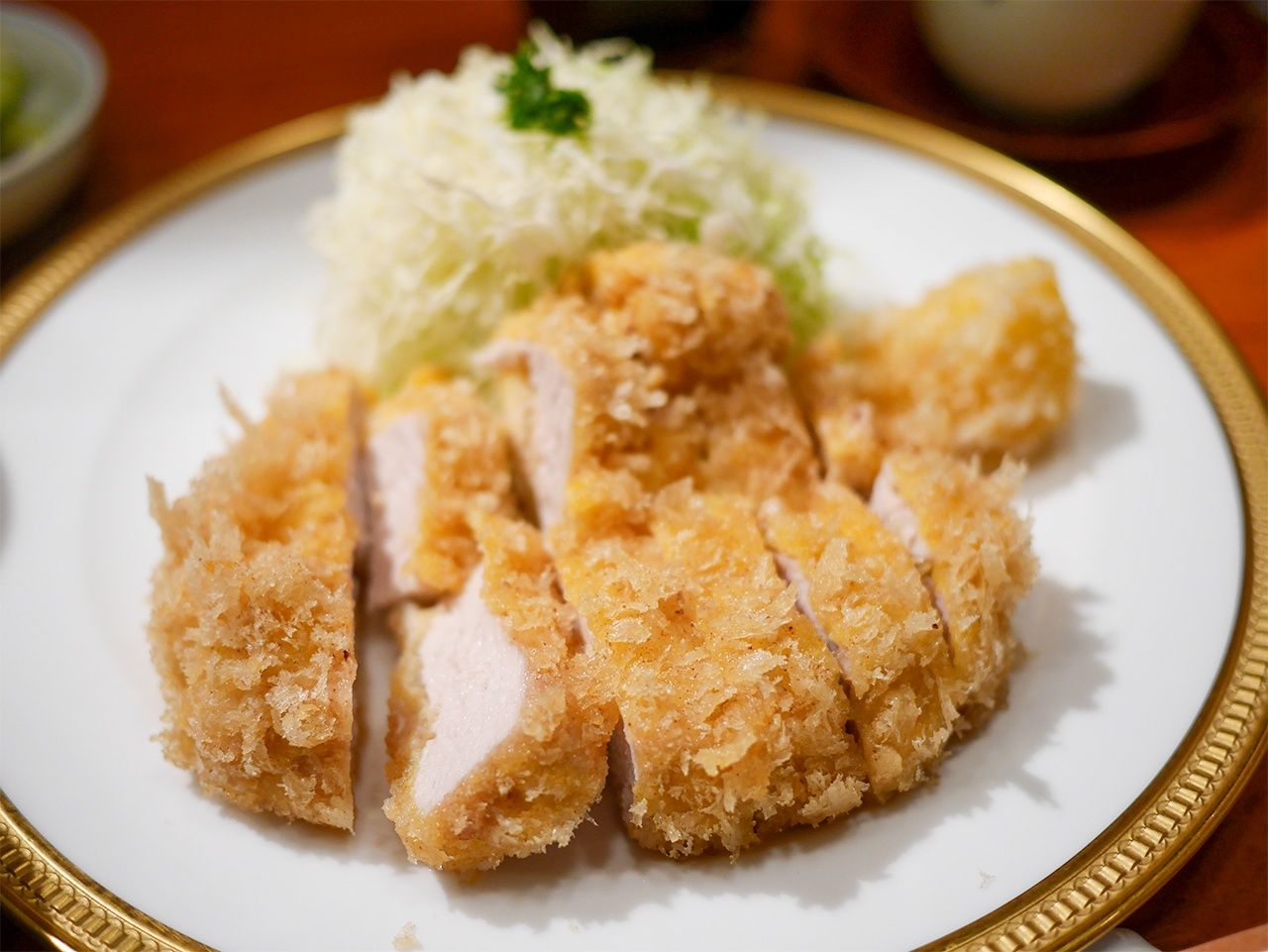 Tonkatsu is modeled after continental dishes like the British cutlet, French côtelette, and German schnitzel. Whereas these European versions are thin, pan-fried slices of meat, Meiji-era Japanese chefs opted for a thicker cut, which they breaded and deep-fried like tempura, yielding juicy, tender meat. Tonkatsu is typically served on a bed of shredded cabbage and topped with a thick, home-grown sauce inspired by England’s Worcestershire sauce.

Tonkatsu is generally more popular in eastern Japan than in the western part of the culture, which has its own culinary culture. As meat became a more common part of the diet in Meiji times, residents of eastern Japan took to raising pigs. By comparison, cattle were the main livestock in western Japan, and subsequently in the Kinki area, centering on Osaka, Kyoto, and Kobe, beef cutlets or bīfukatsu emerged as a popular alternative to tonkatsu There are two variations of the dish, the standard bīfukatsu and somewhat fancier bīfukatsuretsu.

Pork cutlet is at the heart of another much-eaten dish, katsudon. A variation on traditional donburi fare (simmered dishes served atop steaming bowls of rice) that first appeared as a hardy offering at soba shops, it is cooked with onions, flavored with dashi, and mixed with soft-set egg. 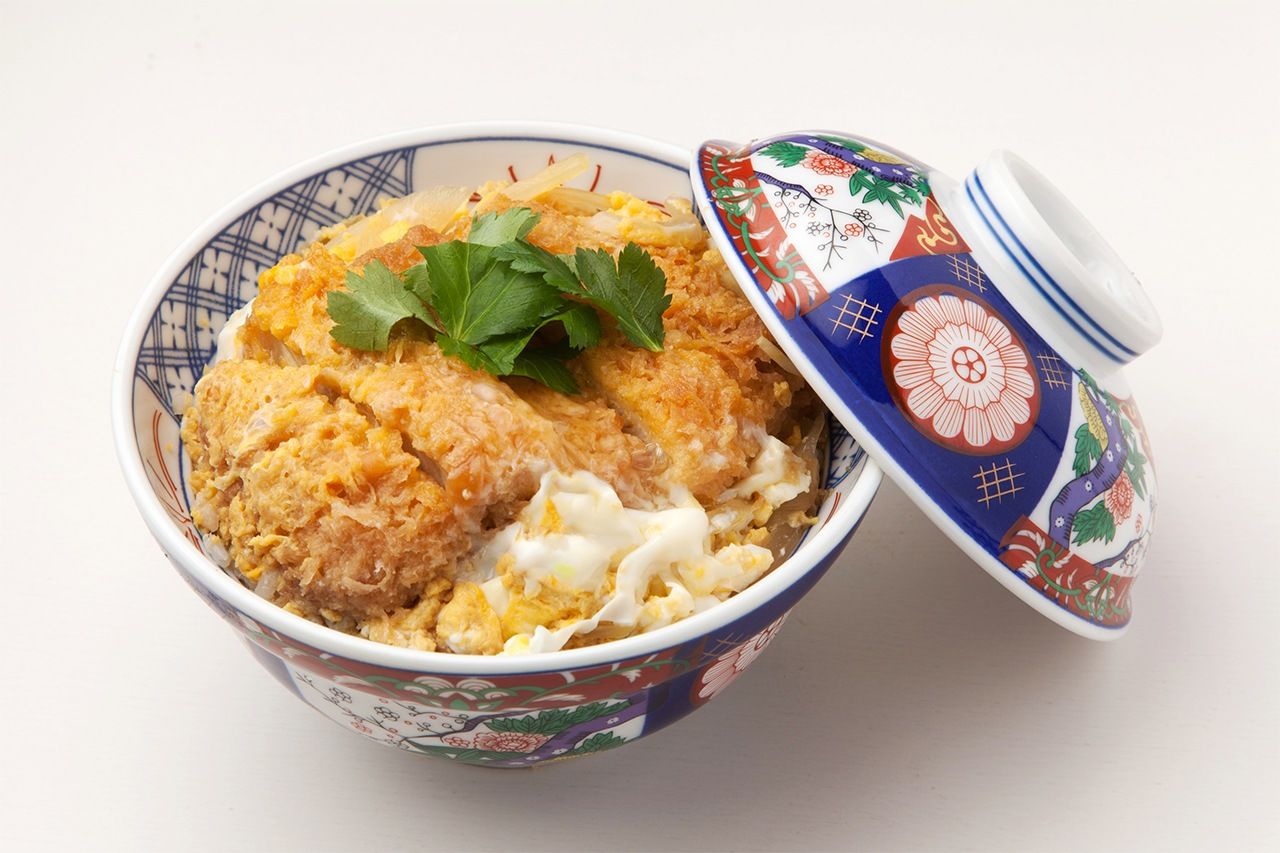 A bowl of katsudon. (Pixta)

A New Way to Enjoy Curry

Another yōshoku favorite is curry rice. The dish was originally served to sailors in the Imperial Japanese Navy. Taking a leaf out of the British Navy’s cookbook, Japan concocted a thick stew spiced with curry powder from India. However, Japan’s curry rice has no resemblance to Indian varieties. First of all, it often contains beef or pork, meats avoided by India’s Hindu majority.

The Maritime Self-Defense Force continues the culinary tradition of eating curry on specific days of the week while at sea, purportedly to help crews keep track of the passage of time while on long ocean voyages. Today, the meal is accompanied by milk, salad, and fukujinzuke, a sweet condiment somewhat akin to chutney. 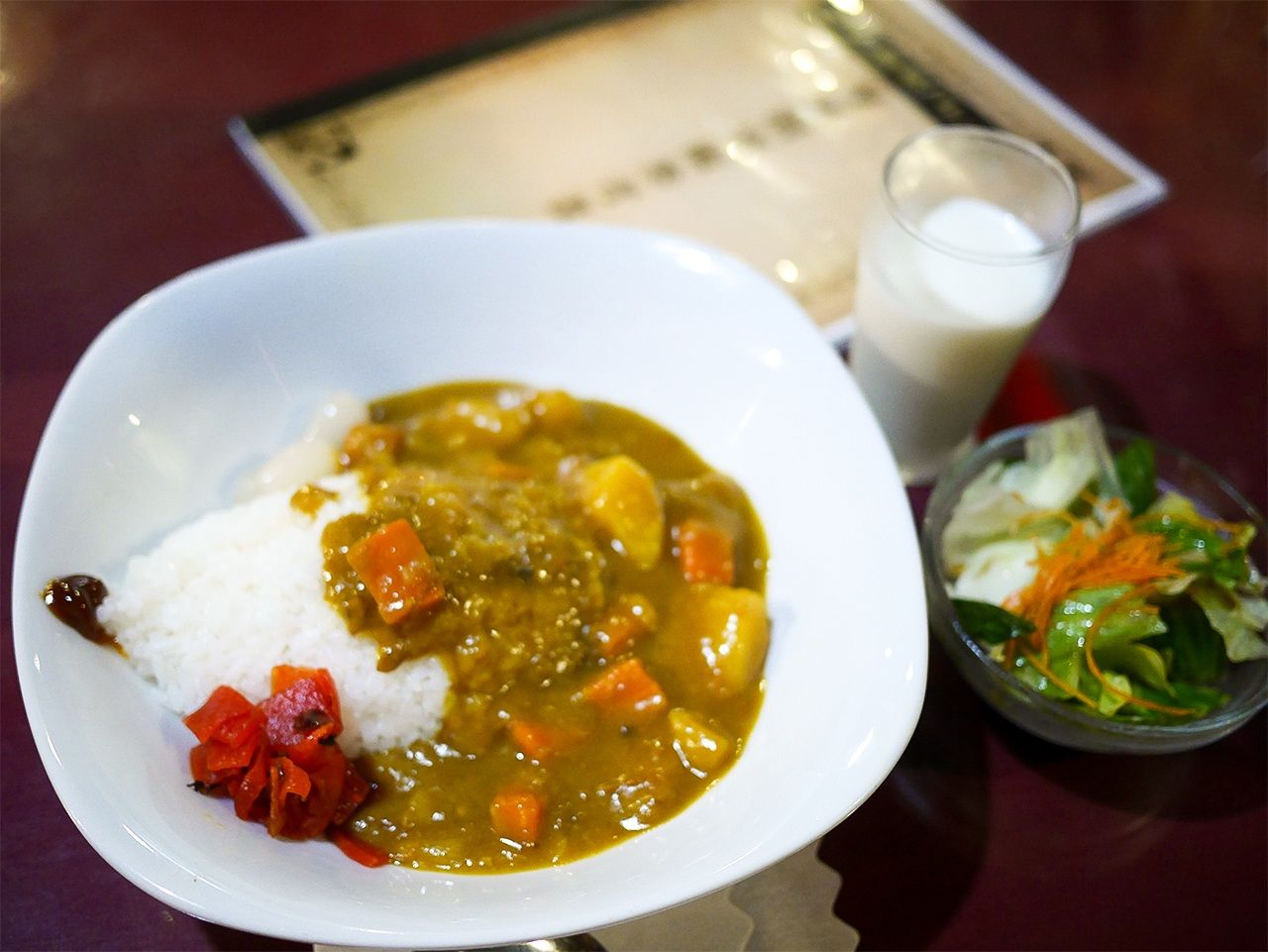 A bowl of Yokosuka “naval curry.”

The Grandfather of Yōshoku

The history of yōshoku may have begun in the Meiji era, but there is one dish with European origins that is far older. The Portuguese arrived in Kyūshū in the sixteenth century, bringing with them goods like firearms. Although they failed in their main goals of converting the populace to Catholicism and colonizing the nation, they succeeded in influencing the local food culture. One dish they inspired is nanbanzuke. Modeled on a Portuguese version of the seafood dish escabèche, it consists of whitefish deep-fried and then marinated. Although flavored with soy sauce to accord with Japanese taste preferences, the preparation method for both nanbanzuke and escabèche are essentially the same. Influence is also seen in the word “tempura”, which is said to derive from Portuguese. Tempura batter is not usually flavored, but the variety in Nagasaki, a city that retains a strong cultural link to the early Portuguese visitors, is made with batter flavored with salt that produces a light, fluffy coating similar to Portuguese fritters. 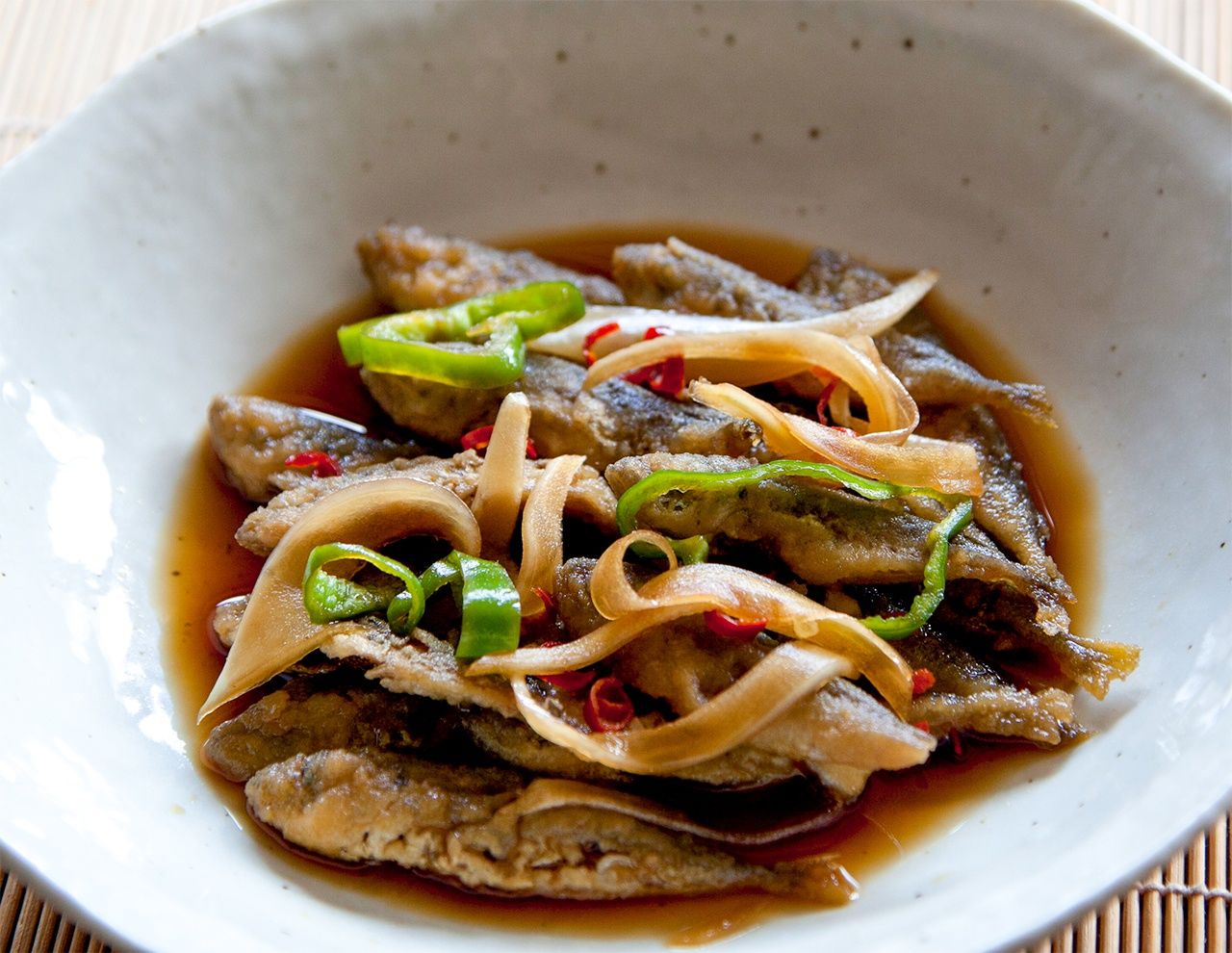 A plate of nanbanzuke.

Yōshoku has continued to evolve in the postwar period, influenced largely by the United States. In 1946, severe food shortages prompted groups like Japanese-American volunteer relief organizations to send huge quantities of aid to Japan. The shipments included large amounts of powdered milk and wheat. To improve the diet of Japanese children, small, oblong loaves of bread, called koppepan, made from donated wheat began to be served as part of school lunches.

The United States continued strategically exporting surplus wheat to Japan, a policy that gradually changed the Japanese diet. Bread grew to be a popular staple and yōshoku made from wheat, including spaghetti and pizza, also became firmly established.

A notable example is a Japanese version of spaghetti called Naporitan. This dish, unthinkable in Italy, is prepared by adding ingredients like ham and onions to cooked spaghetti that is then sautéed and flavored with ketchup. Another popular adaptation is tarako spaghetti made with sauce that contains salted cod roe seasoned with butter, salt, and black pepper and topped with thin strips of nori seaweed. This Japanese concoction was invented by Kabe no Ana, a venerable spaghetti restaurant in Shibuya. 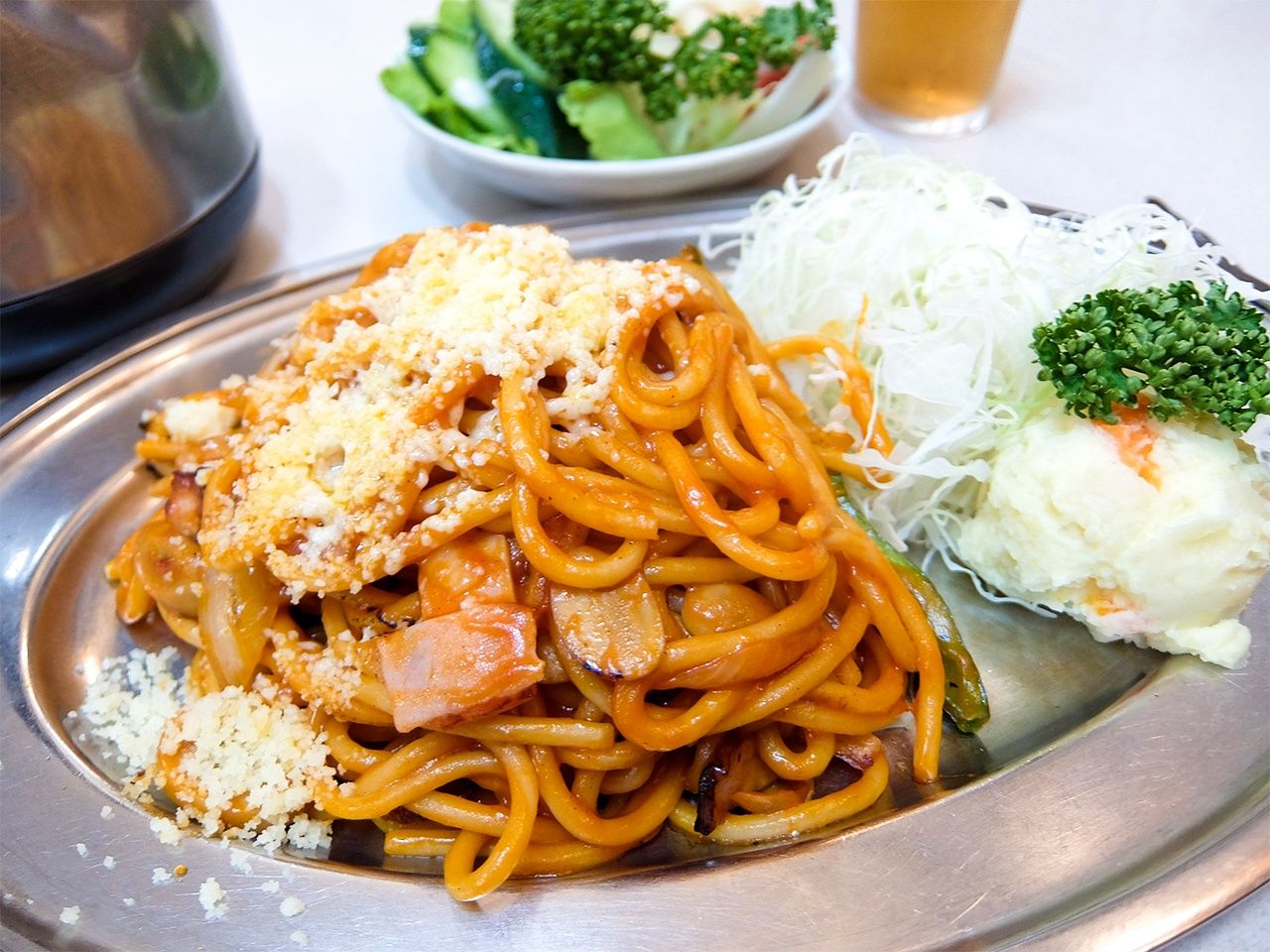 Fast food has also spurred new types of yōshoku. Take for example Japanese hamburger chain Mos Burger, which offers a hamburger-like dish made from a meat patty between a bun of steamed rice. 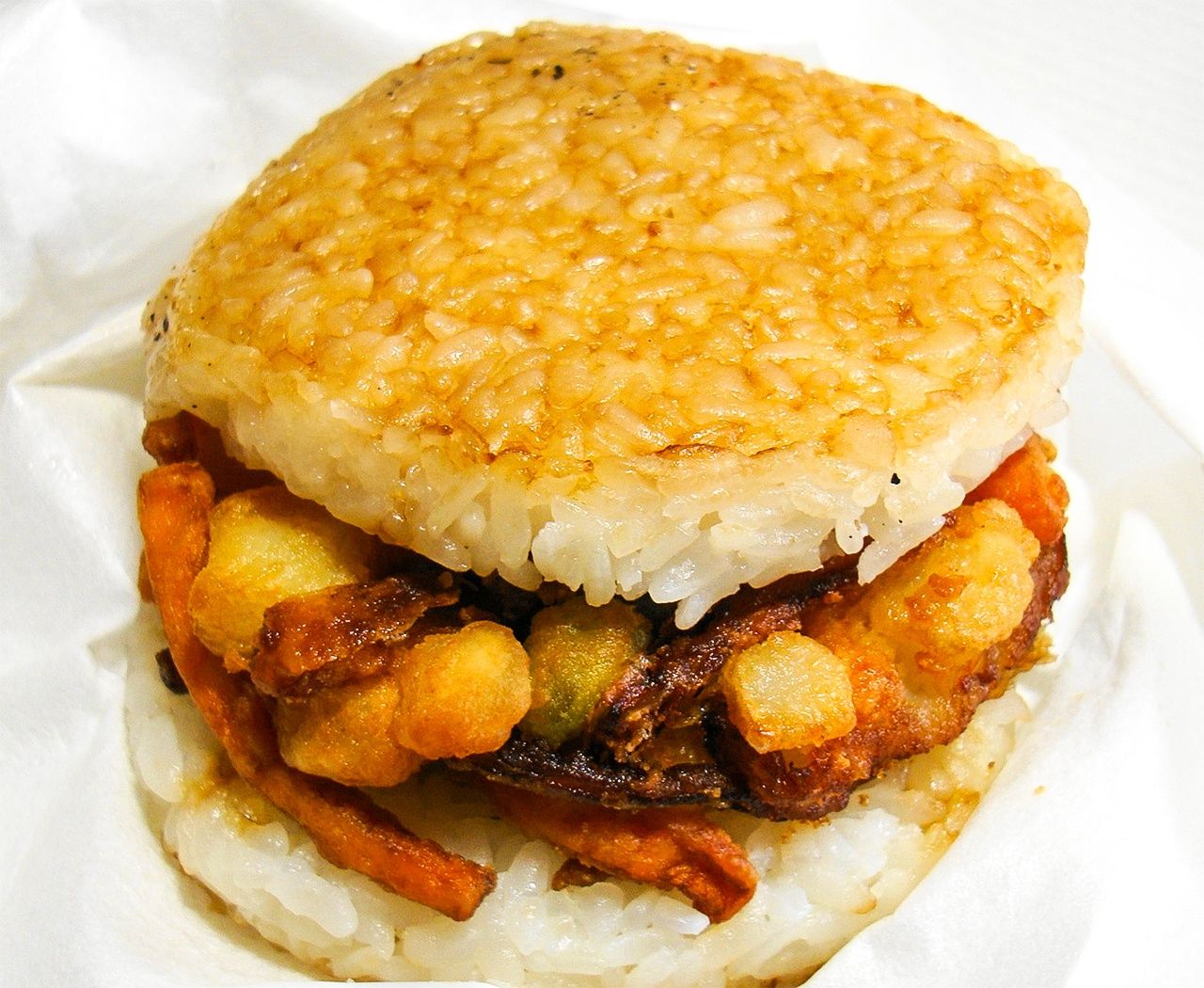 One of the many different types of rice burgers available from fast food chain Mos Burger.

Japan’s isolation from the Asian continent has historically helped make it a hotbed of novelty. Frequent rain also means that people spend considerable amount of time indoors, encouraging the single-minded pursuit of particular subjects. Culinary traditions are continually in flux, and Japanese chefs are particularly adept at tweaking food cultures from abroad to fit local needs. I hope that visitors to Japan will try out yōshoku, that intriguing Western-style cuisine particular to Japan.