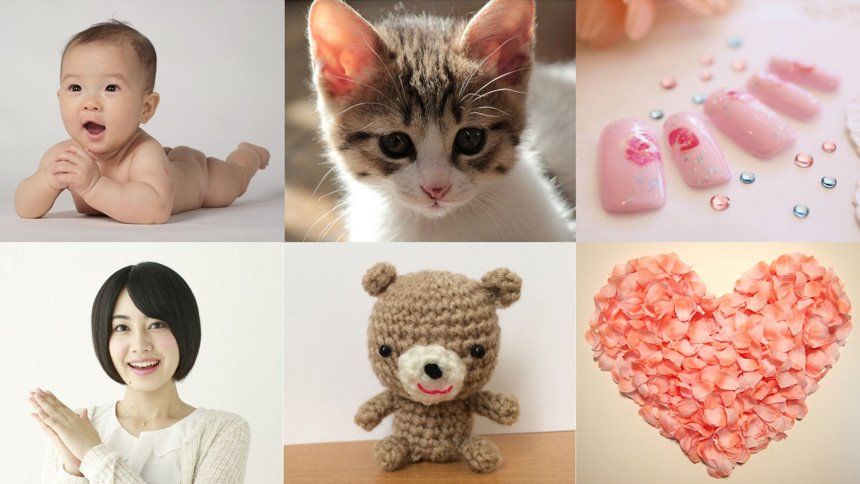 Culture Science Anime Nov 20, 2019
Kawaii, often associated with fashions and character goods, is a representative aspect of Japan’s pop culture in the spotlight now. But kawaii is a difficult concept to convey, and the author has spent over 10 years exploring ways to explain it in scientific terms.

Analyzing Kawaii from the Scientific Perspective

Kawaii is one of the most frequently used words by Japanese today. Everything kawaii—from babies and puppies to clothing, interior goods, and even scrumptious sweet treats—feels cheerful and fun. But when you stop to think about it, what exactly does kawaii mean, and why is it viewed as something positive?

The focus on kawaii in Japanese culture supposedly began with young women in the 1970s. Back then, many people were bothered by the paucity of vocabulary of girls exclaiming “Kawaii!” at every turn. But once those girls reached adulthood, kawaii became firmly linked with fashions, soft plush toys, and “character” goods and made a place for itself in indigenous pop culture. Once “cosplay” events, featuring adults decked out as their favorite anime characters, began to spread abroad, Japan’s kawaii started to become the world’s “kawaii.”

Japanese are understandably proud when their culture is received positively abroad, but in relative terms, not many people living outside Japan are familiar with the word kawaii. And while in Japanese kawaii is pronounced with the final syllable extended into a prolonged “ee” sound, most people abroad pronounce it “kawai,” as in “Hawaii.”

But getting back to what kawaii actually is, how should we go about explaining it to foreign friends? Is it the same as “cute?” In Japan, people generally place more importance on experiencing things through sight and sound and are not in the habit of describing them logically in words. The same goes for kawaii: Shown examples exemplifying the quality, they will often say “Yes, I can see that this is kawaii . . .” But ideally, we should be able to give a proper verbal explanation of kawaii if we want to acquaint people around the world with this aspect of our pop culture.

Science is helpful for working out complex phenomena and explaining them to the public. Experimental psychology is a science that uses data-based methods to explore general principles of human thought and behavior. I have been using experimental psychology to study kawaii for about 10 years now. In my latest book, Kawaii no chikara: Jikken de saguru sono shinri (Exploring the Psychology of Kawaii Through Experiments), I explain why I began this research. Many papers have been published on the subject of kawaii, but my book is the first to ever explore the topic systematically from the perspective of science.

Trying to sort out the characteristics of kawaii brings one to a dead end right away because there are so many exceptions. What’s kawaii to one person may not be so at all to the next. I therefore decided to change my approach, theorizing that everyone who perceives something as kawaii must be in a similar state of mind, as otherwise they would not be able to communicate using that descriptor. I believed that if I could zoom in on what makes people feel that something is kawaii, I could use experimental psychology to try to understand the phenomenon.

Too Diverse for Any Existing Theory

In a paper published in 1943, animal behavior researcher Konrad Lorenz put forward the idea that humans have an inborn tendency to view certain physical forms as endearing—in other words, kawaii. For example, he posited that whether the object is animate or not, humans can get a warm and fuzzy feeling—and importantly, a desire to nurture or protect the object—from a form where the head is larger than the body, the forehead is broad and juts out, and large eyes occupy the lower half of the face: the “baby schema.”

Empirical studies of the baby schema began in the 1960s, and this research confirmed Lorenz’s hunch. Since the theory was simple, it soon became widely known.

Meanwhile, kawaii in Japanese is used to describe fashions, sweets, and other items that have nothing to do with the baby schema. Japanese also has strange portmanteau words that join kawaii with words of the opposite meaning. For example, there’s kimokawaii, meaning “cute but repulsive at the same time,” “or busakawaii, meaning “cute but ungainly.” There are so many diverse forms of kawaii that do not fit the baby schema theory that it is difficult to explain the concept. That is why I started on my research.

Results of empirical research among Japanese university students revealed that they do not equate kawaii with childishness, and that an object that is kawaii stimulates the desire for closeness rather than nurturing or protective feelings. For example, both the men and the women in the study perceived a smiling face not as childish, but still as very kawaii. Additionally, when they saw something they perceived as kawaii, it took less than a second for them to break into smiles, a reaction borne out by measurements of the electrical activity of the muscles controlling their facial expressions.

Seeing something kawaii makes you smile, which makes you look kawaii to the people around you, who in turn start smiling themselves. The kawaii feeling thus spreads in social situations, spiraling out and amplifying, a phenomenon I christened the kawaii spiral.

Given the prevalence of the kawaii phenomenon in Japan, I believe there must be a reason for this. After all, human behavior is not sustained without recompense. Research in experimental psychology so far has established that contact with something kawaii elicits the following types of behavior and states of mind. When something is perceived as kawaii, it has a range of potential impacts:

The way that kawaii provokes smiles and makes people want to get closer can be applied in many social situations too. For example, construction sites in Japan are often surrounded by steel pipes with supports in fanciful shapes like cute animals, or display signboards with the figure of a person bowing to apologize for the inconvenience, which help put passersby at ease. It is also commonplace for corporations and government offices to adopt mascot characters in a sincere attempt to reduce the distance between themselves and their clients or the users of their services. Experience so far has shown that measures like this work, but there is likely also a scientific basis connected to the effects of kawaii I described above.

Kawaii, which elicits delight and motivates people to get closer to each other, has the positive effect of stimulating a desire for social interaction. This is a biologically based, universal human trait that does not depend on cultural factors. Kawaii culture was most likely fully formed first in Japan because it has been valued and socially accepted, but there are undoubtedly people outside Japan who emphathize with the kawaii feeling, too.

In a globalized world with diverse values, I believe that the significance of kawaii as a positive feeling stimulating social interaction will attract increasing attention. In Japanese, kawaii is a feeling, but the words “cute” or “cuteness” in English express a characteristic of kawaii. Kawaii is an inner feeling, whereas “cute” is something external to perceive. “Cute” fits the parameters of the baby schema but kawaii does not. Kawaii is really in the eye of the beholder, and perceptions of kawaii-ness change depending on the person’s relationship with the object. That’s why there are different takes on kawaii, depending on the individual or on the situation. Kawaii is something you discover for yourself: it’s not something you can force another person to feel.

I don’t believe any special efforts need to be made to spread Japan’s kawaii to the rest of the world. As the leading country for kawaii, Japan’s role is to demonstrate through data that kawaii exists as a feeling and that it influences our thoughts and behavior. We should simply look on as people all around the world discover their own kawaii.