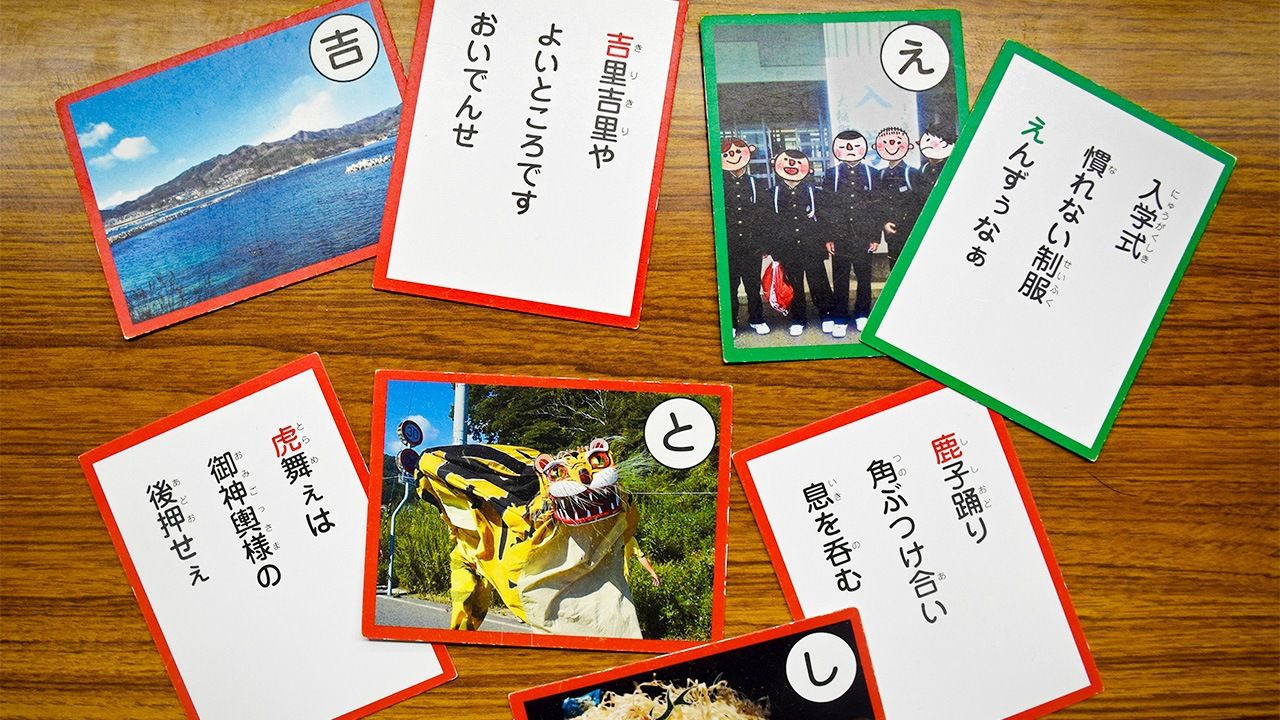 Linguistic Treasures: The Value of Dialects

Japan has a great number of dialects. One scholar divides the archipelago into 24 areas with distinct regional linguistic forms. Yet, this is a very broad classification, and if one pays attention to variations in grammar and specific words, it is no exaggeration to say that there is a dialect for every city, town, village, and hamlet.

These were once looked down on for their association with uncultured, provincial speakers. In recent years, however, dialects have been increasingly appreciated for the pleasure they can bring to verbal interaction and their ability to draw people from a particular area closer together. This has led increasingly to their use in the names of local products, and their incorporation into plays and TV dramas.

Notably, the 2013 NHK morning drama Ama-chan (Little Diver) brought the expression of surprise jejeje to national attention, which was one element in its success. The phrase je comes from just one part of Kuji in Iwate Prefecture, although ja is in use over a much wider area centered on Iwate. Other unique ways to voice one’s amazement that are found in dialects but not standard Japanese include waiha, sāsa, ūu, and chopped off forms of da and ba. The wide range seen even in this category of utterance demonstrates how rich in dialects the country is.

Roots in the Old Capitals

Where did these differences originally arise? The main source of dialect forms comes through transmission of language from the center to the regions. New words in former capitals like Nara and Kyoto gradually spread through neighboring areas to the wider nation. These successive waves created regional linguistic differences, or dialects.

This means that many dialect words derive from standard terms in more ancient forms of Japanese. For example, the word menkoi in Tōhoku, equivalent to kawaii (cute, adorable), comes from megushi, a word seen in the Man’yōshū poetry collection from the Nara period (710–94). Churasan, an Okinawan word for “beautiful,” is related to kiyora nari, seen in works from the Heian period (794–1185) like The Tale of Genji.

The expressions of surprise mentioned above also follow this pattern. The Iwate exclamations ja and je date back to Kyoto in the Muromachi period (1333–1568). In the script to the kyōgen (comic play) Renga nusubito (The Poem-Loving Thieves), written in the common language of Kyoto of that time, a homeowner blurts out ja on spotting the titular criminals. Thus, what is now Iwate dialect was once a standard word for people in the capital. Incidentally, je is also used on the island of Tsushima in Nagasaki Prefecture. Transmitted from the center, it traveled in opposite directions to far-flung parts of the Japanese archipelago.

As well as words in literary texts, historical terms that have vanished completely from the mainstream live on in contemporary dialects. They are like time capsules we can use to encounter the Japanese of centuries ago. For their role in preserving traditional culture, it is not overstating it to say that dialects are a national treasure that we must protect.

Yet, this is not their only value. While their connections to the past are important, their role in people’s lives today is more essential. They build mutual understanding that goes beyond the use of language as a communication tool, and are essential to creating community ties. I remember an experience that brought this home to me.

I work at Tōhoku University’s Center for the Study of Dialectology, which has researched threatened dialects in the area devastated by the Great East Japan Earthquake and tsunami of March 2011, and worked to support their revival. At a meeting we held with residents in the first year of its operation, a woman from Miyagi Prefecture rose to offer an opinion.

She described how seeing the slogan of encouragement Ganbarō Miyagi (roughly “Keep at it, Miyagi”) in standard Japanese would sometimes make her angry, having lost her family and many friends. “What more can I do?” she would think to herself. But when the phrase was in dialect like Ganbappe Miyagi or Magenē zo Miyagi (Don’t give up, Miyagi), she would find herself agreeing. “Dialect words really are filled with the spirit of the people who live in an area,” she said. “They have a soul in them. And I think that’s how they have the power to support victims of the disaster.”

The same meaning expressed in standard Japanese cannot touch the heart in the way that dialect does. On hearing this comment, I felt my eyes opened to the underlying strength of local language.

The 2011 disaster destroyed many communities. Dialects are shared in the lives of community members, and they are lost with the loss of those people and the weakening of local ties. When there is no place to speak a dialect with neighbors or relatives, it becomes buried under waves of standardization. The calamity that hit Tōhoku spurred on an already ongoing decline.

UNESCO maintains a list of world languages in danger that includes seven forms from different island clusters now part of Okinawa Prefecture and Hachijōjima, a far-flung part of Tokyo, considered to be dialects in Japan. A different definition would show the dangers facing many more of the country’s dialects. Big cities in particular show a rush toward standardization that threatens local forms of Japanese, while disasters can deal a heavy blow, as seen in Tōhoku.

Yet there are strong ongoing efforts to preserve dialect in tsunami-hit areas, such as play performances and retellings of legends, as well as teaching of dialect in schools. The Center for the Study of Dialectology is working to record conversations showing how dialect is used in everyday life in situations like asking favors and accepting or refusing, as well as expressing gratitude, apologies, joy, sorrow, or surprise. These common exchanges are where the beating heart of dialect can be found.

Bringing the tsunami-hit areas of Tōhoku back to their previous vitality requires not only physical infrastructure but also enrichment of local spirit. Recording and helping to revive local dialects is a highly worthwhile task.