Society Dec 2, 2019
Emperor Naruhito’s imperial procession and the visit of Pope Francis were among the major events in Japan in November 2019.

Minister of Education, Culture, Sports, Science, and Technology Hagiuda Kōichi announces that the use of private English tests for university entrance examination purposes will not be introduced in fiscal 2020 as scheduled. The ministry is now planning a fundamental overhaul for a new system to start in fiscal 2024.

The International Olympic Committee announces that the 2020 marathon and race walk events will be moved from Tokyo to Sapporo.

South Africa wins the Rugby World Cup final 32–12 against England to secure its first championship since 2007. 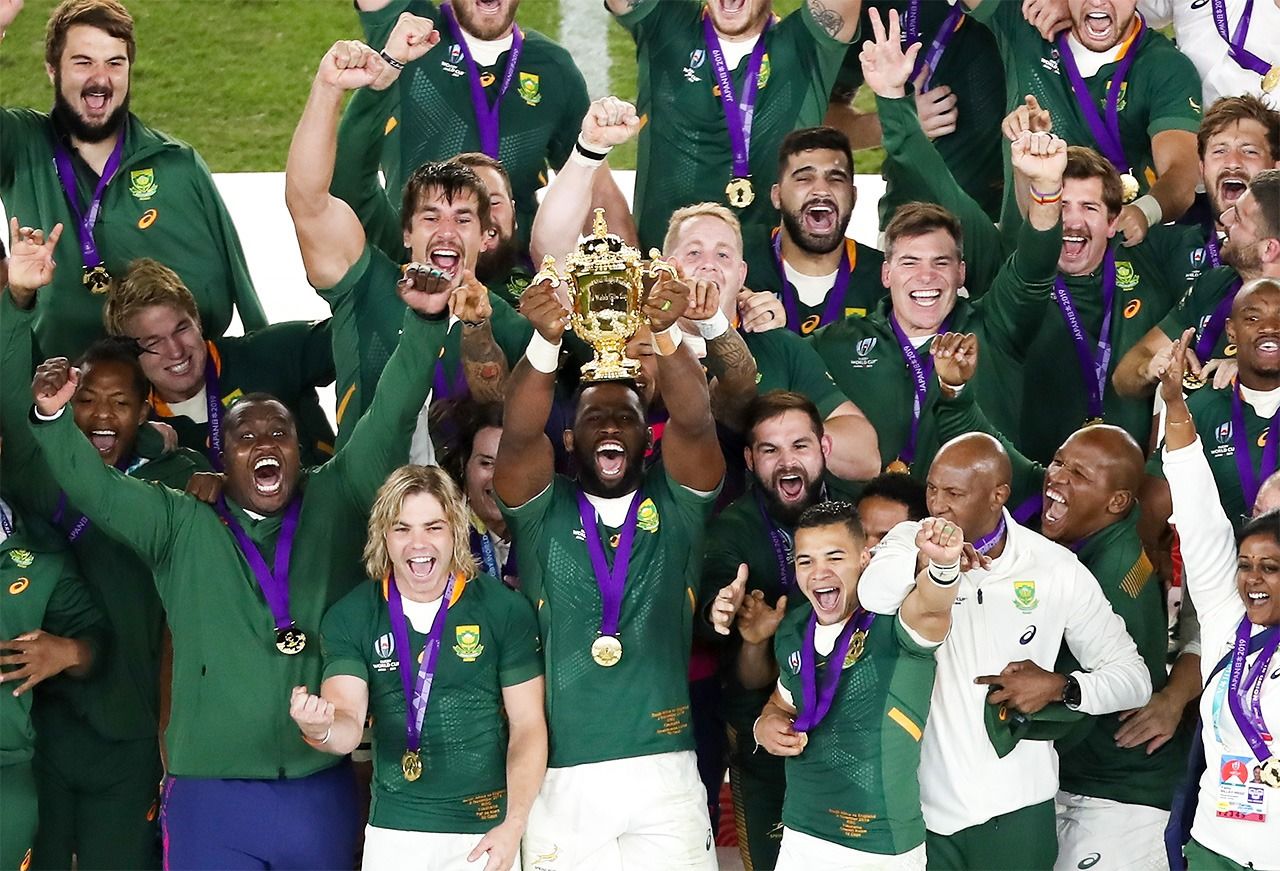 A group of 44 returns to Nemuro, Hokkaidō, after the first sightseeing tour for Japanese people to the disputed Northern Territories, held as part of joint activities between the Japanese and Russian governments.

Crowds gather in central Tokyo to see Emperor Naruhito and Empress Masako travel in a convertible from the Imperial Palace to the Akasaka Estate as part of a procession celebrating the imperial succession. On the previous day, popular group Arashi performed at a national festival outside the Imperial Palace. 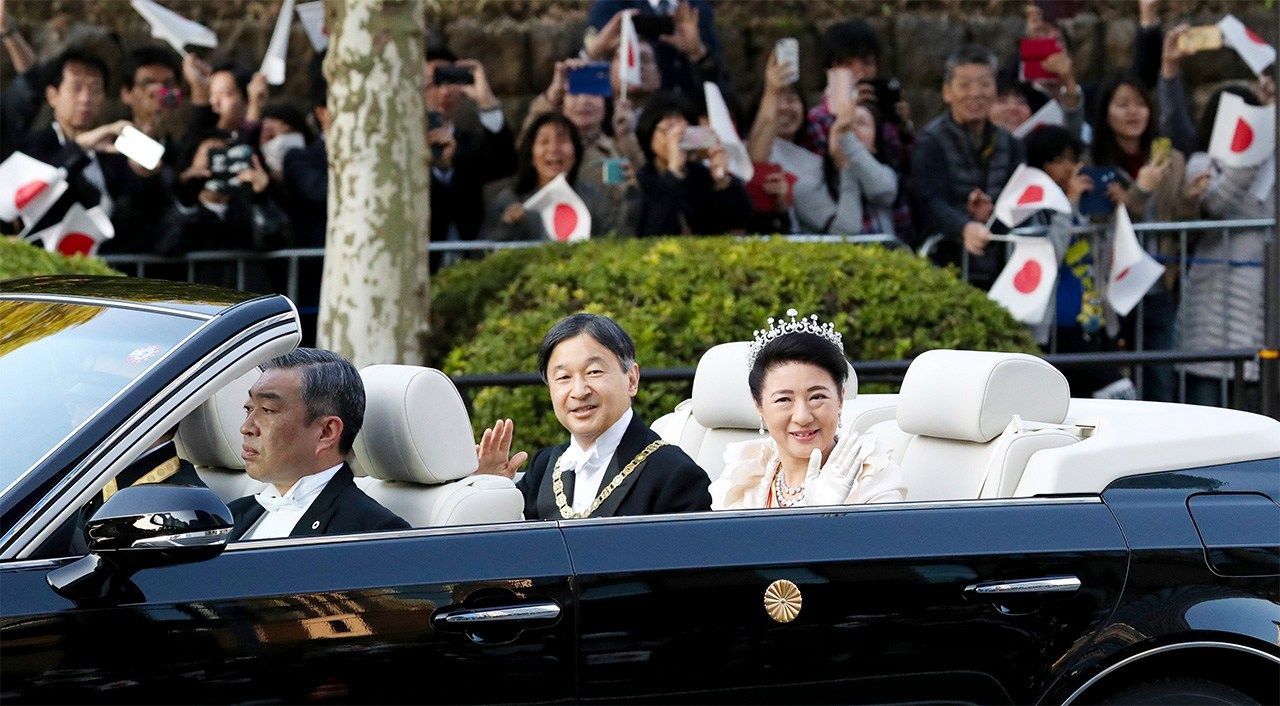 Spectators wave as the imperial couple passes in a convertible during the imperial procession in Tokyo on November 10, 2019. (© Jiji)

The government decides to cancel the cherry blossom party hosted by Prime Minister Abe Shinzō in 2020. Opposition parties had questioned the use of tax money for private purposes as many of Abe’s supporters had been invited each year.

Emperor Naruhito performs the Daijōsai at the Imperial Palace through the early hours of November 15 as part of his enthronement ceremonies. He offers rice, sake, and other items to the gods to give thanks for peace and good harvests.

A plenary meeting of the House of Councillors enacts bills to pay relatives of former Hansen’s disease patients up to ¥1.8 million each in damages for discrimination they faced.

The South Korean government announces that it intends to extend GSOMIA, its General Security of Military Information Agreement with Japan. It also states that it will halt its dispute settlement procedure with the World Trade Organization concerning Japanese restrictions on South Korean exports as dialog continues.

Pope Francis arrives in Japan for a short visit. On November 24, he travels to Nagasaki and Hiroshima, giving speeches advocating peace and nuclear disarmament. On November 25, he meets with Prime Minister Abe and Emperor Naruhito; on November 26 he gives a speech at Sophia University.

Osaka Prefectural Police announces that an Osaka sixth-grader who went missing on November 17 was found safe in Oyama, Tochigi Prefecture. Oyama resident Itō Hiroshi is arrested on suspicion of kidnapping the girl.

Former Prime Minister Nakasone Yasuhiro dies at the age of 101. During his premiership from 1982 to 1987, he privatized the state-run Japanese National Railways and forged stronger ties with the United States. 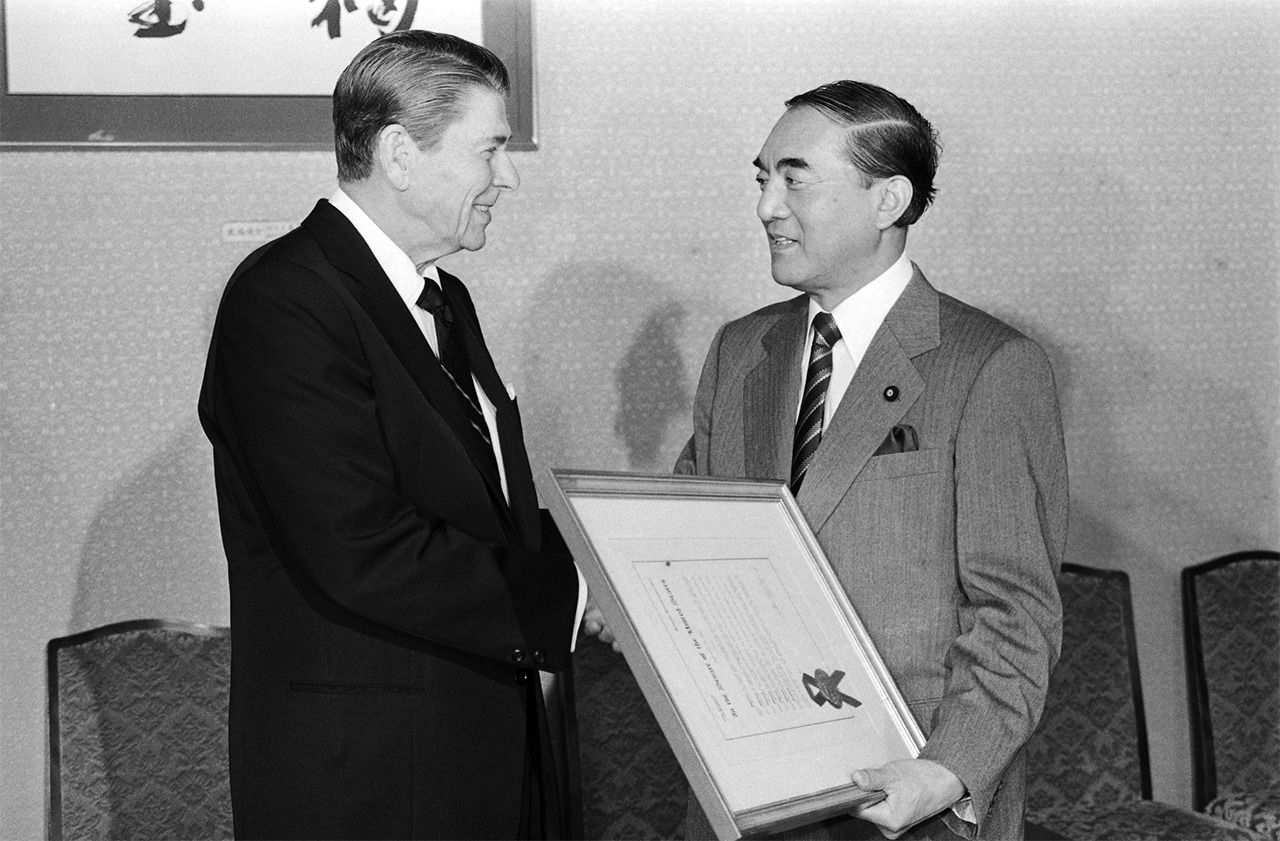