Society Culture Lifestyle May 6, 2014
The tradition-rich city of Kyoto has been honing itself in recent years to become an even more desirable tourist destination. Nippon.com sat down with the city’s mayor, Kadokawa Daisaku, to learn more about how Kyoto is changing for the better, while preserving its unique charm. 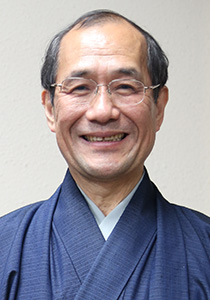 Born in Kyoto in 1950. Graduated from Ritsumeikan University with a degree in law. After serving as the head of Kyoto’s Board of Education, he was elected the city’s 26th mayor in February 2008. During his time in this role, he has taken a thoroughly hands-on approach, visiting over 4,700 sites across the city to see for himself what civic activities are going on, and gauge how the city government—to which his reforms have become a model for other municipalities throughout Japan—is functioning. His personal motto is, “Value everything from the heart.”

Spiritual Home of the Japanese People

INTERVIEWER Could you begin by telling us where you think the charm of Kyoto lies? 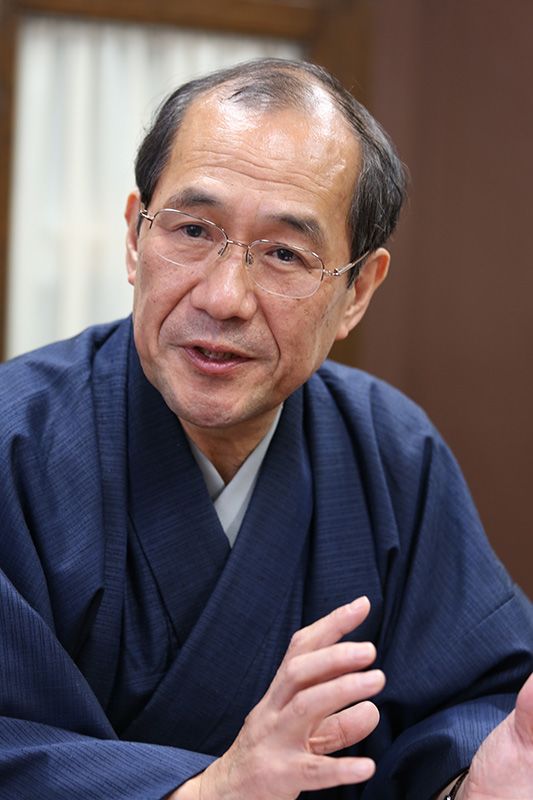 KADOKAWA DAISAKU Peter Greeley, a special advisor to the Boston-based Japan Society, described Kyoto as the spiritual home of the Japanese people. Bearing this view in mind, we want to do whatever we can to make our city even more attractive. As for where Kyoto’s charm lies, one aspect concerns our long tradition of making things. Our city, which was the capital of Japan for over a millennia, boasts a long tradition of manufacturing and handicrafts, which spans everything from age-old arts to the latest, cutting-edge industries.

Our city is full of original, market-leading companies, often with surprising origins. For instance, today’s precision-instrument manufacturer Shimadzu Corporation got its start making Buddhist altars and objects, while the electronics and ceramics manufacturer Kyocera has a history that stretches back to the creation of traditional forms of pottery like Kiyomizu-ware and Kyō-ware. Globally known video-game maker Nintendo, meanwhile, was founded as a company that produced traditional hanafuda playing cards. We have also seen cases where producers of sake enter the biotechnology field, or textile and dyeing companies branch out into semiconductor production.

But the city has more to offer than just the things we make. For more than a thousand years, dating back to The Tale of Genji, Kyoto has also been a city known for its storytelling. Such traditional art forms as nō and kyōgen drama, the tea ceremony, flower arranging, and incense burning all originated in Kyoto. They are arts that arose from a Japanese sense of harmony with nature, the way of life in Kyoto, and, underpinning it all, religious beliefs. Today’s manga and anime and Kyoto cuisine are also extensions of those traditions.

INTERVIEWER According to the travel-information website TripAdvisor, Hiroshima is apparently a more popular destination than Kyoto. Another widely accessed tourist-industry website ranked Tokyo second in 2013, while Kyoto was listed in ninth place. What can Kyoto do to raise its popularity among tourists? 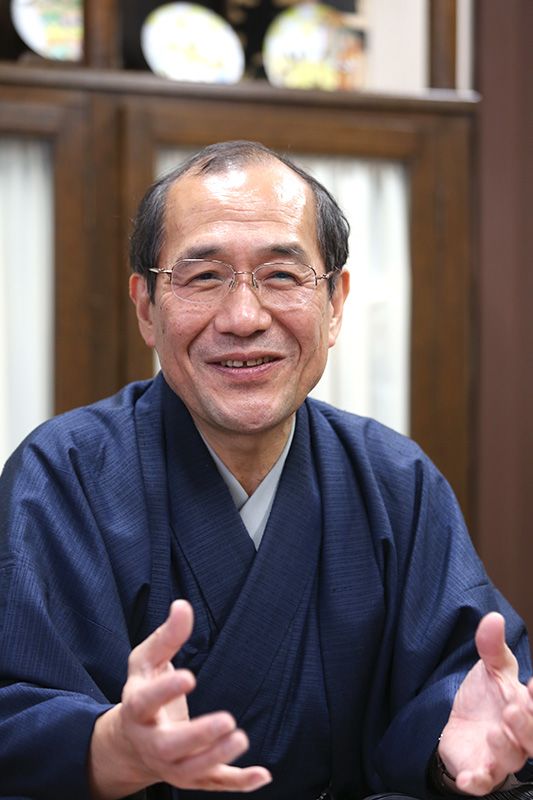 KADOKAWA The global travel magazine Travel + Leisure, which publishes around a million copies a month, placed Kyoto fifth in its 2013 list of the “World’s Best Cities”—higher than both Rome and Paris. And the luxury travel magazine Condé Nast Traveler, which publishes around 800,000 issues a month, listed Kyoto as the top city in Asia in its 2013 ranking of sightseeing cities. So, as you can see, the cultural offerings of Kyoto enjoy a positive reputation in North America, Europe, and Oceania.

But when it comes to Asia, I don’t think that we have done a good enough job of showcasing Kyoto. Tourists from Asia visit Japan with a number of different aims in mind, including the desire to shop, so they often prefer to spend their time looking for electrical goods in Tokyo’s Akihabara district, rather than traveling to Kyoto. This trend seems to have had some influence on the popularity of our city among Asians, and Kyoto is not the sort of place that you just visit one time, feel inspired, and then go home. In fact, of our 50 million annual tourists, around 80% are repeat visitors who have been to Kyoto five or more times. We need to do more to convey to people in Asia and around the world that Kyoto is an authentic place that is well worth exploring.

Delving Deeper into the City

INTERVIEWER Kyoto boasts around 20% of Japan’s national treasures and 14% of its important cultural properties, but some seem to think that the city has not taken full advantage of this fact.

KADOKAWA The two focal points for tourism in Kyoto are Higashiyama Ward, where the Buddhist temple Kiyomizu-dera is located, and the Saga-Arashiyama district to the west. Our city has more than 2,000 temples and shrines, but just visiting those places is not enough to get the full Kyoto experience. I hope that visitors will take advantage of the opportunity to quietly become absorbed in our cultural heritage and, in doing so, find out more about themselves. In some cases, the best approach might be to enjoy an extended stay in the city.

When Irini Bokova, the director-general of Unesco, and other experts on world heritage sites visited Kyoto to attend the closing event of the fortieth anniversary of the World Heritage Convention, they were unanimous in their praise for the city. “Kyoto is one of the world’s unique cities,” Bokava said. “It boasts 1.5 million active inhabitants, huge numbers of tourists, and various productive activities, along with its seventeen world heritage sites and array of artistic offerings.” We are keenly aware of our own responsibility to safeguard and develop our existing assets and to foster a city full of creativity.

Other Measures to Make Kyoto Visitor-friendly

INTERVIEWER  In seeking to make Kyoto a global attraction for tourists, dealing with the language issue would seem to be important. 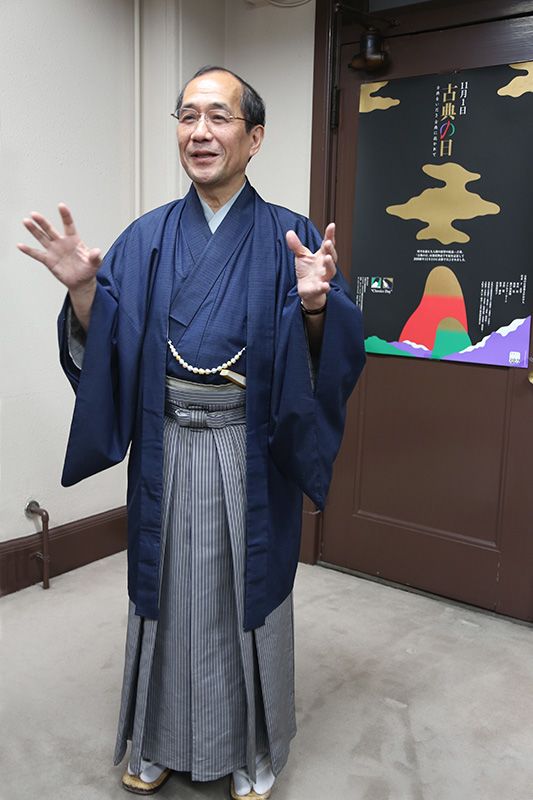 KADOKAWA That’s right. We have some small Japanese-style inns that are popular with foreigners, but cannot handle requests in foreign languages. To deal with that problem, we set up a 24-hour call center that offers support in four languages. Another thing that is important to many foreigners is having free Internet access, so in more than 500 locations across the city we have set up wireless LAN access points that people can use free of charge for a certain period of time—and efforts are underway to expand that number of locations to around 630 in total. We have also created a smartphone application for public transportation users that allows them to input a destination to find out information about the least-congested routes and travel times.

INTERVIEWER By 2020, Japan hopes to be attacting around 20 million tourists a year. In order to prepare for such a large number, I would think that investment in new high-tech infrastructure like IT and so on will be at least as important as the expansion of more fundamental infrastructure such as roads.

KADOKAWA I’d like to see a system introduced that fully uses information and communication technology so that all arrangements for taxis can be done using a smartphone, for instance; and for private car usage to be restricted in certain central districts. We’d like to emphasize that Kyoto is best seen on foot, since it gives visitors a chance to see the jizō statues and hear the temple bells. I hope to convey to people that there are attractions in Kyoto that can’t be appreciated from a car window, and that they should walk around in order to truly experience the city.

INTERVIEWER Tell us about some of the efforts you are making to improve the cityscape and preserve the beauty of Kyoto as a global sightseeing spot.

KADOKAWA Starting in 2007, we began to revise the standards for building height and design, step up protection of views and landscapes, and tighten regulations on outdoor advertising. These new policies are intended to preserve Kyoto as the spiritual home of the Japanese people. For instance, we no longer allow hoardings on rooftops, bright red signs, or flashing displays for pachinko parlors and other establishments. The interim period for these new regulations expired at the end of August 2014, which means that the city government now has the power to enforce any violations it discovers. We want to do whatever we can so that visitors to Kyoto—both from within Japan and overseas—will find the city more beautiful than ever. 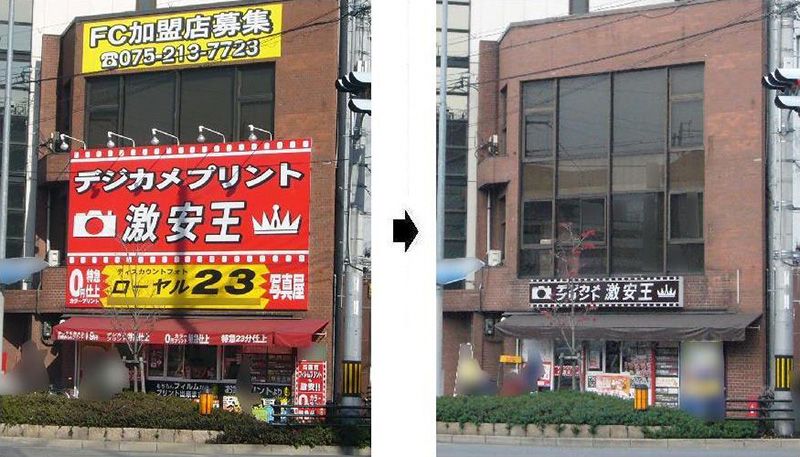 A gaudy storefront (left) was toned down as a result of new regulations introduced in 2007.

INTERVIEWER Kyoto also seems to be gaining a positive reputation for its environmental initiatives.

KADOKAWA Kyoto is known as the city where the Kyoto Protocol was adopted in 1997 at COP3, the third Conference of the Parties to the UN Framework Convention on Climate Change—the world’s first effort to collectively reduce greenhouse gas emissions. Because the agreement came into effect on February 16, 2005, we designated the sixteenth of every month as “Do You Kyoto? Day.” This is a chance for people to show consideration for the environment by turning off unnecessary lights, curbing energy use, taking public transportation, and so on.

The expression “Do You Kyoto?” means: Are you doing something good for the environment? Kyoto is not just the name of our city, it has become a word that people all around the world associate with eco-friendliness. We learned this from German Chancellor Angela Merkel, who participated in COP3 in her role as Minister for the Environment and returned here for the tenth anniversary symposium in 2007. As a city at the forefront of global environmental protection, we need to take the lead in terms of action that produces visible results.

INTERVIEWER The key slogan for the Tokyo Olympic bid was omotenashi—in other words, the spirit of hospitality. Speaking as mayor, how would you describe Kyoto’s own particular brand of hospitality?

KADOKAWA Firstly, we want to ensure that visitors arrive to find a beautiful city. One long-standing custom among many Kyoto residents is kado-haki, where they wake up early in the morning to sweep outside of their houses. We also have around 500 city facilities that are cleaned on a voluntary basis by our municipal employees. Something we learned from a 2013 survey of tourists is that many of them were impressed by how clean and free of litter the city was. This attests to the effectiveness of the activities we have been engaged in over the past few decades to beautify the city, and is also a reflection of our deep-rooted traditions. I am quite proud of this fact.

When people have spent the time and money to visit our city, it’s not enough that they should leave merely satisfied—we want them to be moved by the experience. They should feel Kyoto where they stay. They should feel Kyoto as they walk around the city. And of course, they should feel Kyoto as they sample our cuisine. Over the past century, the world has modernized at a rapid pace, and in this process many cities have lost their originality. But despite this modernization, Japanese cities, and Kyoto in particular, seem to have managed to hold on to their wonderful uniqueness. We want to treasure these distinguishing features so that people around the world can experience and be inspired by them.

Finally, let me just conclude by inviting everyone to travel to Kyoto to see its charms for themselves. 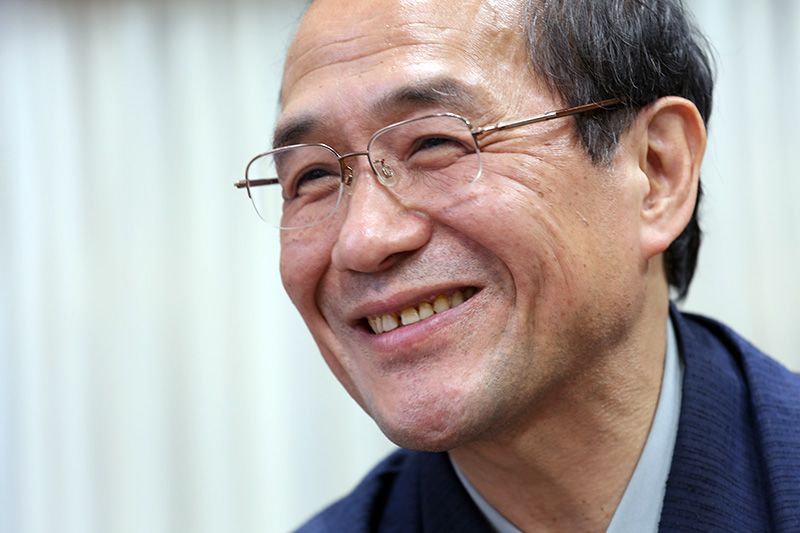 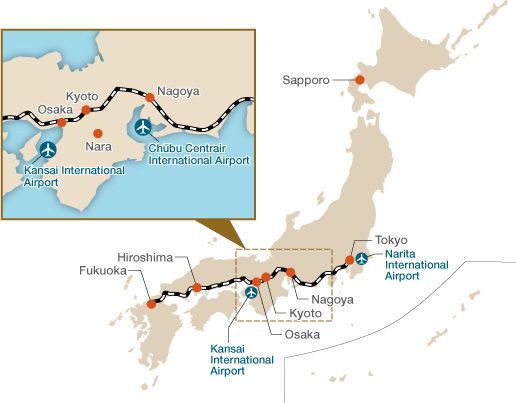 Access via public transport: 75 minutes by train from Kansai International Airport on the JR “Haruka” express train; 2 hours and 20 minutes from Tokyo or 3 hours from Hakata Station (Fukuoka) on the “Nozomi” Shinkansen.

Kyoto’s “Nippon to Asobō” Event Blends the Old and New
An event that showcases the city’s traditional culture and cuisine.

Kōshinsha—At the Forefront of “Extreme Counting” Technology
A Kyoto-based manufacturer is bringing innovative technology solutions to the most challenging counting tasks.