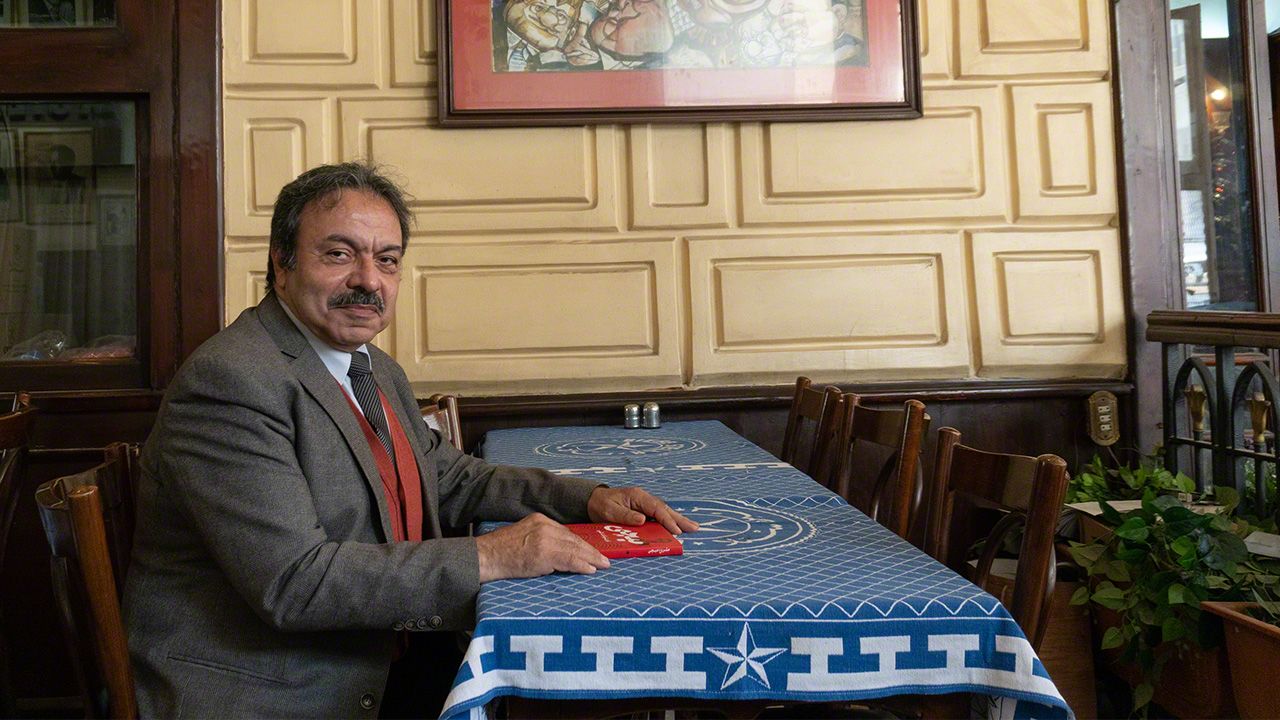 Politics Culture World Education Jun 17, 2022
Isam Hamza is considered one of the Middle East and Africa’s leading Japan experts. We asked him the significance of conducting broad research on Japan in a range of fields, including the ideologies, politics, economics, and administrative systems that underpin its technology and industry. 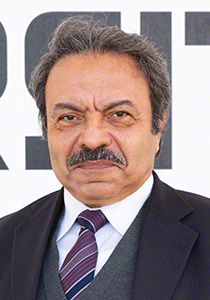 Director and chairman of the Liberal Arts and Culture Center at the Egypt-Japan University of Science and Technology. Specializes in the history of Japanese thought. Born in Egypt in 1956. Earned his degree in Japanese from Cairo University before going on to postgraduate studies at Osaka University in 1978–91 to receive his doctorate in arts. He was previously the vice dean of the Faculty of Arts at Cairo University. He has also translated many Japanese works into Arabic, including Meiji, henkaku o michibiita ningenryoku (Meiji—The Vanguard who Led Reform), and Taketori monogatari (The Tale of the Bamboo-Cutter). In 2021, he was a recipient in the Foreign Minister’s Commendations.

Isam Hamza was in the first group of students to graduate from the Department of Japanese Language and Literature at Cairo University, which plays a leading role in Japanese language education and research on Japan in the Arab world.

The Fourth Arab-Israeli War erupted in October 1973. The subsequent First Oil Crisis severely impacted Japan, which was reliant on imports for the majority of its energy needs. Japan’s prime minister at the time, Tanaka Kakuei, dispatched his deputy, Miki Takeo, as a special envoy to the Middle East, to convey Japan’s support for the Arab world, pledging economic and cultural support. This led to the establishment of the Department of Japanese Language and Literature at Cairo University in September 1974. It was cynically seen as “oil-thirsty diplomacy,” but the dispatch of eminent academics, such as Kuroda Toshio, a noted scholar of Islam, the Arab literature scholar Ikeda Osamu, and the historian Yamauchi Masayuki attracted gifted students, and nurtured many researchers on Japan, including Hamza.

“Growing nationalism due to the Fourth Arab-Israeli War led to a tendency to see reform in Egypt as a task for Egyptians. Egyptians consider themselves Oriental, but they know nothing of the Far East. Despite being an Oriental country, Western culture made uninvited inroads, leading to greater Westernization. Surely we needed to address this. This was why I felt it was crucial to learn from the East. Of all Eastern countries, I knew that only Japan had successfully modernized and achieved an equal footing with Western countries. The establishment of the Department of Japanese Language and Literature came as a godsend to me.”

Common Motifs Between Modernization and the Present

After graduating from Cairo University, Hamza studied in Japan for 13 years, focusing on the history of Japanese thought at Osaka University’s graduate school. He earned his doctorate in 1991, based on his thesis entitled Kindai Nihon e no shinkokka shisō (New Concepts of the State in Modern Japan). His paper was a tour de force, composed in exquisite Japanese, analyzing the patriotic ideas of imperial loyalists from Motoori Norinaga (1730–1801) to Hirata Atsutane (1776–1843) and the Kokugaku school of Japanese philology and philosophy, through to Fujita Tōko (1806–55) and Aizawa Seishisai (1782–1863), leading figures in the Mitogaku school of Japanese historical and Shintō studies.

“Starting with Yokoi Shōnan [1809–69], who espoused jitsugaku, or empirical science, the inheritors of the thinking from the late Tokugawa and Meiji Restoration periods soberly evaluated the situation facing Japan at the time, adopting elements from more advanced Western civilizations. They proved their aptitude for adaptation in the process. One example was Fukuzawa Yukichi [1835–1901], who wrote Seiyō jijō [Conditions in the West] based on his experiences traveling in the West, expounding superior features of Western culture, but introduced in the spirit of Confucianism​. His intention was to preserve traditional culture while applying aspects of advanced cultures, transforming them into uniquely Japanese forms. The same can be said of Shibusawa Eiichi, who became keenly aware of Japan’s need to modernize during a visit to France. His fusion of the Analects of Confucius with capitalism was astonishing.” 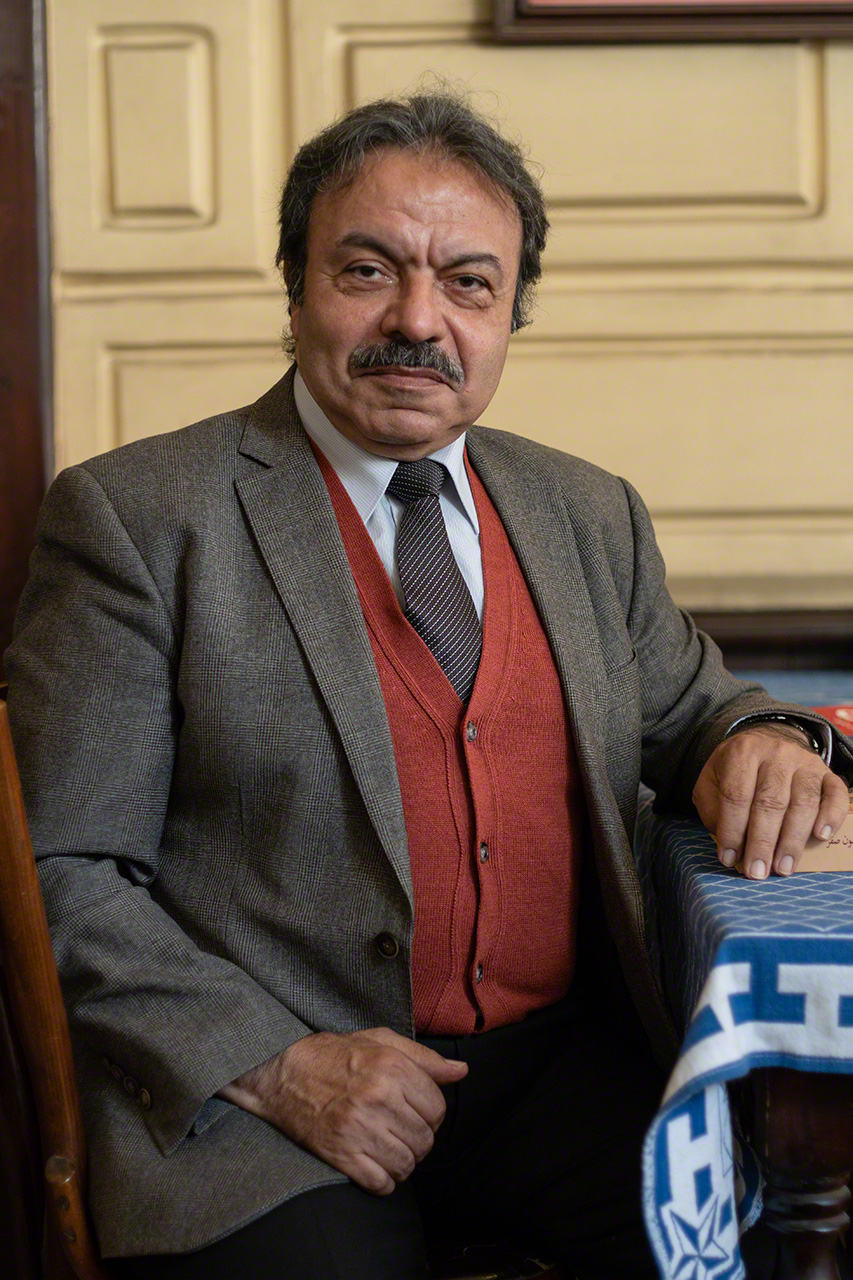 In terms of learning from the West, Hamza believes that the Iwakura Mission was ground-breaking. The mission, led by Iwakura Tomomi as ambassador, left the Port of Yokohama in 1871, returning two years later. It had 107 members, including key figures in the Meiji Reformation and distinguished members of the new government, such as Kido Takayoshi, Ōkubo Toshimichi, and Itō Hirobumi. They visited 12 countries, including the United States, Britain, and France. The mission returned via Egypt’s Suez Canal, calling at ports including Singapore, Saigon (modern-day Ho Chi Minh City), Hong Kong, and Shanghai, where they witnessed the disruption caused by the encroachment of Western powers.

“Japan, a small, Far Eastern island country, organized a group of young people who would be responsible for its revolutionary government, and they traveled to investigate Western civilization. It’s astonishing to realize that they thought it would take Japan at least 30 years to catch up with the West. They studied Western society in detail, taking a long-term view of what elements they should adopt to achieve modernization. But they were not blindly influenced, and only selected ideas they considered useful. I like to term such thinking as ‘pragmatic nationalism.’ Modernization did not equate to Westernization: They envisaged a scenario that combined Westernization with Japanization.”

Japan’s full-scale modernization began with the Meiji Reformation in 1867, but in Egypt, it began with Muhammad Ali, a military commander in the Ottoman forces dispatched to Egypt and appointed viceroy in 1805. His grandson Isma’il Pasha tried to promote further modernization, but extensive borrowing from abroad bankrupted the government, and Egypt was placed under Anglo-French financial administration. How did Japan succeed in modernization when Egypt failed? Much research has already been conducted into “modernization,” which occurred over 150 years ago, and it is considered a tired subject by some, but Hamza does not believe this.

“For non-Western societies, the question of how they confront the West continues to be critical, and I feel there is much we can learn from Japanese history on that point alone. Japan did not completely discard its traditions and culture, and only embraced superior foreign elements. In devising modernizing political strategies, Japan did not play all the keys on the piano: It played its tune using only the keys it deemed necessary.”

Hamza suggests that Edo period (1603–1868) education had a pivotal role in the development of such thinking by members of the new Meiji administration. These children of samurai studied at han (domain) schools, of which there were nearly 300 across Japan. The schools taught sophisticated, elite programs designed to cultivate educated people of good character. This exceptional moral education produced many individuals with lofty ambitions who became leaders in the Meiji government. In any era, it is important to educate talented people who can accurately evaluate circumstances.

Ideas at the Backbone of Japanese Society

In 2007, Hamza became head of Cairo University’s Department of Japanese Language and Literature . He was later appointed vice dean at the university, after which headed the Japanese Language and Literature Department at Qatar University. Since 2018, he has been director and chairman of the Liberal Arts and Culture Center at the Egypt-Japan University of Science and Technology in Borg El-Arab, on the outskirts of Alexandria. E-JUST opened in 2010 with Japanese government assistance, with teachers sent from 13 Japanese institutions, including Tokyo Institute of Technology, Kyūshū University and Waseda University. It attracts students from across Africa, and is a key educational institute in Africa and the Middle East. Its graduate program consists of mainly small group lectures, taught in English, but undergraduate students must also take Japanese classes. Professor Hamza’s “Japan Studies” is also a required subject.

“The Japan Studies course broadly investigates the thought, political, economic, and administrative systems that underpin Japan’s technology and industry, and probes deeply into what kind of nation Japan is. I emphasize the spirituality that is the backbone of Japanese society. The Egyptian elite despises hard work, but Japanese people are different. Why is this? I believe it is due to the Japanese working ethos, and I hope to impart this idea to students from the Middle East and Africa through these studies.”

Isam Hamza at the Egypt-Japan University of Science and Technology. (Courtesy Isam Hamza)

Egypt’s population is over 100 million, of which 60% are young people. The population of the Middle East is around 600 million, making one in six of the region’s residents Egyptian. Many Egyptians work as teachers across the Middle East and have a great influence in the educational sphere.

“I feel that my mission is to use Egypt as a knowledge center to teach the Middle East and Africa about Japan’s past, present, and future. That’s why I hope more students will show interest in Japan. Many students are keen on anime and manga, but Japan’s appeal transcends this. There’s also ancient literature, manufactured goods, hot springs, cuisine, and so on. Too few people are aware of these.”

Hamza is frustrated that Japanese people are not sufficiently mindful of promoting their country’s appeal abroad. 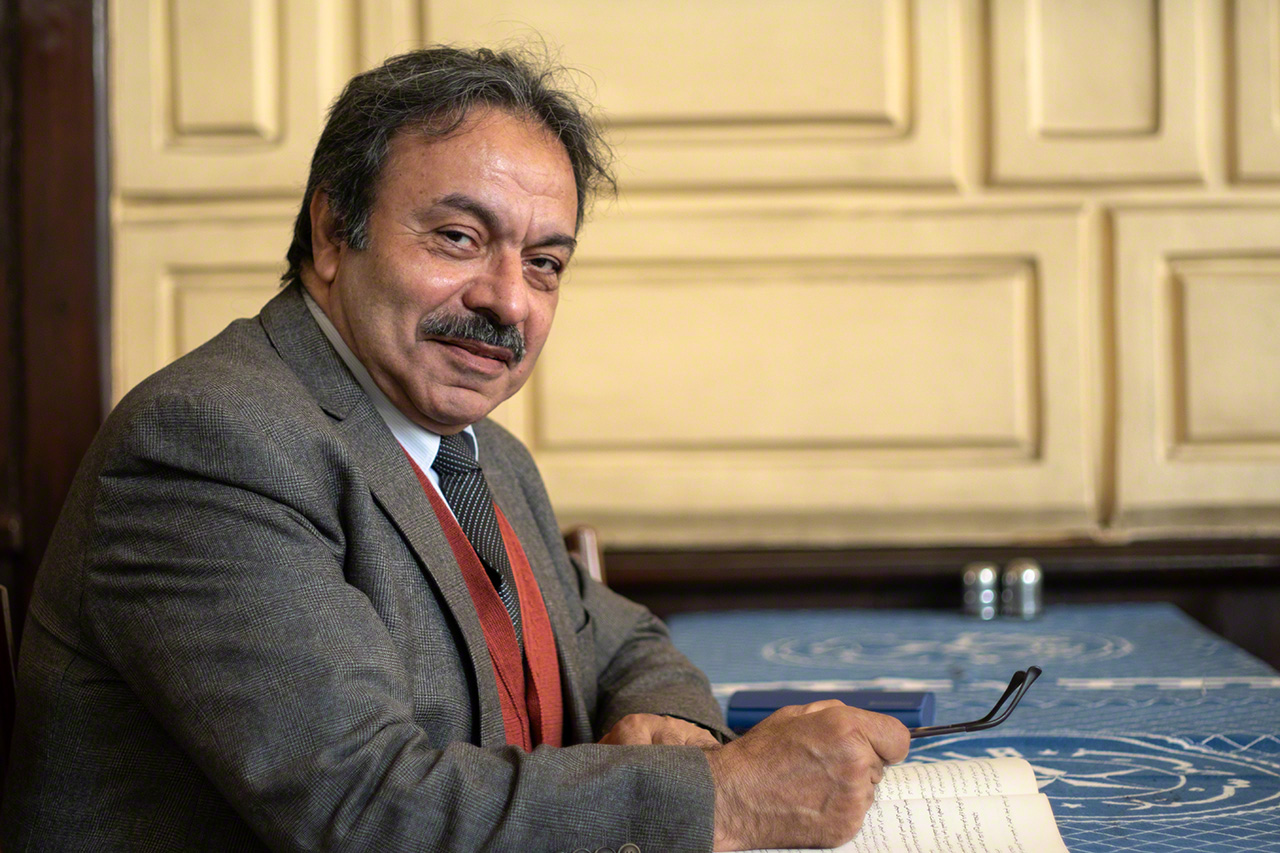 “Why do I believe research on Japan is important? Not because I love Japan, but because I believe a variety of values systems makes the world a richer place. I don’t want a world limited to the values of just one country. Our world consists of a diversity of values. Like the samurai who strategically opened Japan’s doors to the world to achieve modernization, contemporary Japan should actively commit to the international community. I believe this is essential for Japanese society to overcome its present challenges.” 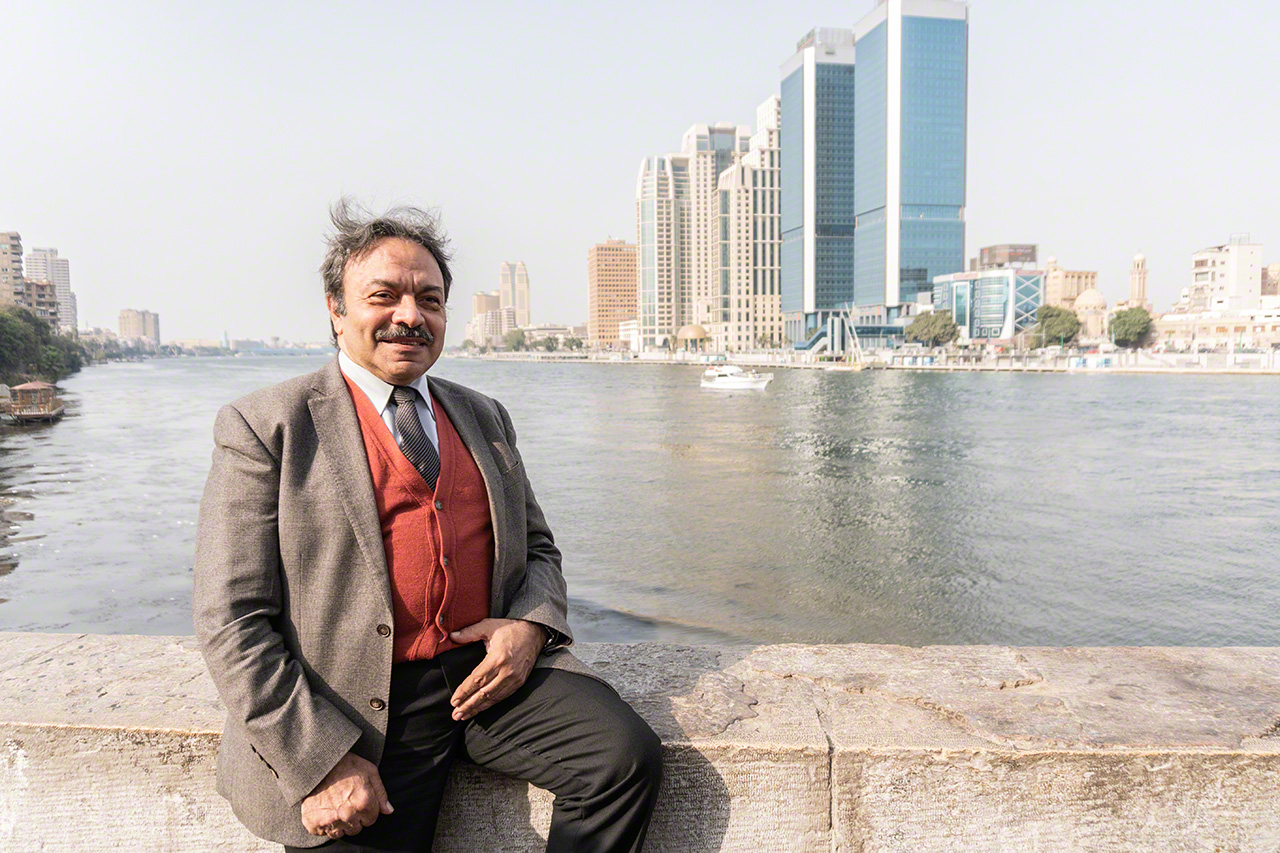 Isam Hamza in Cairo, with the Nile in the background.