Society Culture Mar 28, 2015
Admiring cherry blossoms in spring is one of the most popular Japanese traditions. This article introduces the modern celebration, the all-important blooming forecasts, and the history of the custom.

Parties Under the Cherry Trees

Hanami, literally “flower viewing,” is the regular spring enjoyment and appreciation of cherry blossoms. There is little more typically Japanese than sitting under sakura trees in full bloom in a park or on a river embankment and having a lively party with food and drink. Statistics show that around 60% of the population takes part in hanami celebrations every year. 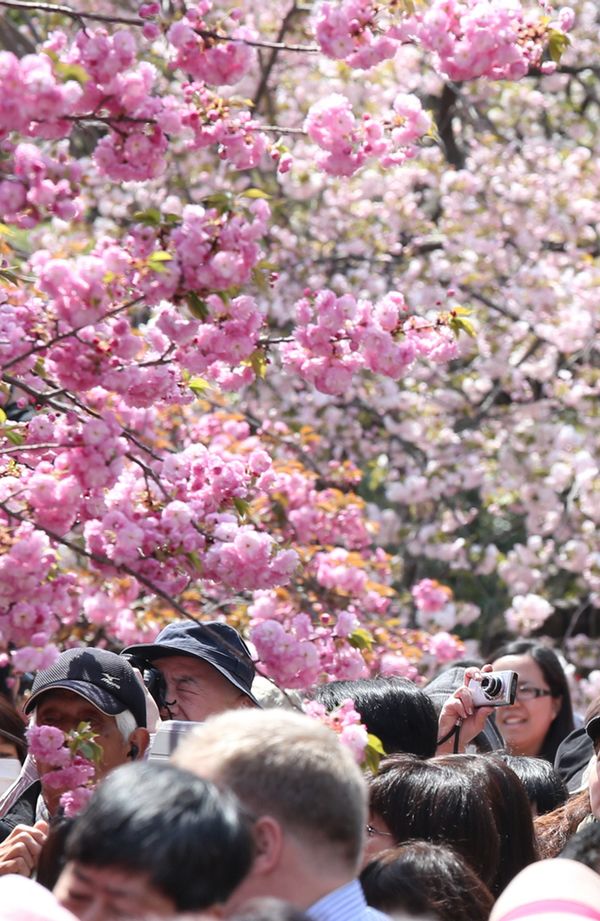 Cherry blossoms at the Japan Mint in Osaka. (© Jiji)

Although many people get together with family and friends, this is also commonly a time for company parties. The most junior staff members can often be seen in parks, in the morning, spreading out blue tarps to secure the best positions at famous cherry blossom spots for an evening party. Along with alcoholic drinks like sake, beer, and shōchū, revelers bring food such as fried chicken, sushi, onigiri rice balls, and edamame soybeans. Some get even more involved, setting up barbecues to cook on the spot.

Some celebrated cherry blossom sites have recently banned parties due to noise, littering, and other problems. But there are still plenty of people who just go to look at cherry blossoms without the food, drink, and raucous fun. The trains serving these locations are packed at the height of the season, especially on weekends, and walkways under the trees in these spots can become crowded rivers of people, both day and night. (Seeing the sakura lit up at night has become a popular way to enjoy them as well.)

The cherry trees come into bloom at a different time every year, and earlier in the warmer southern areas of Japan than the north. To help people plan their hanami parties, the media provides news and forecasts about the “cherry blossom front” as it moves up the country.

There are several different species of sakura, but the Yoshino cherry is most typical. The earliest flowers bloom in January in Okinawa and the latest in May in Hokkaidō; the “cherry blossom front” maps start to appear in March when the season begins on Japan’s four main islands. Altitude affects blossoming times, with trees on higher ground blooming later, and weather is also a factor, so the movement of the front from south to north is not uniform.

The flowers do not open simultaneously even in the same region, so “sample trees” are selected to act as representatives. There are various terms for the different stages of opening, such as “first bloom,” “full bloom,” and more, testifying to the intense interest in the cherry blossoms as heralds of spring. Several private companies, including Weather Map, Weathernews, and the Japan Weather Association, now handle sakura forecasts.

The Roots of the “Hanami” Tradition

The tradition of flower viewing is believed to have started in the Nara period (710–794) with the appreciation of plum blossoms, a custom taken from China. During the Heian period (794–1185), cherry trees were planted in Kyoto and hanami parties gained popularity among the aristocracy. The transient beauty of the cherry blossoms became the subject of numerous poems in now classic anthologies. 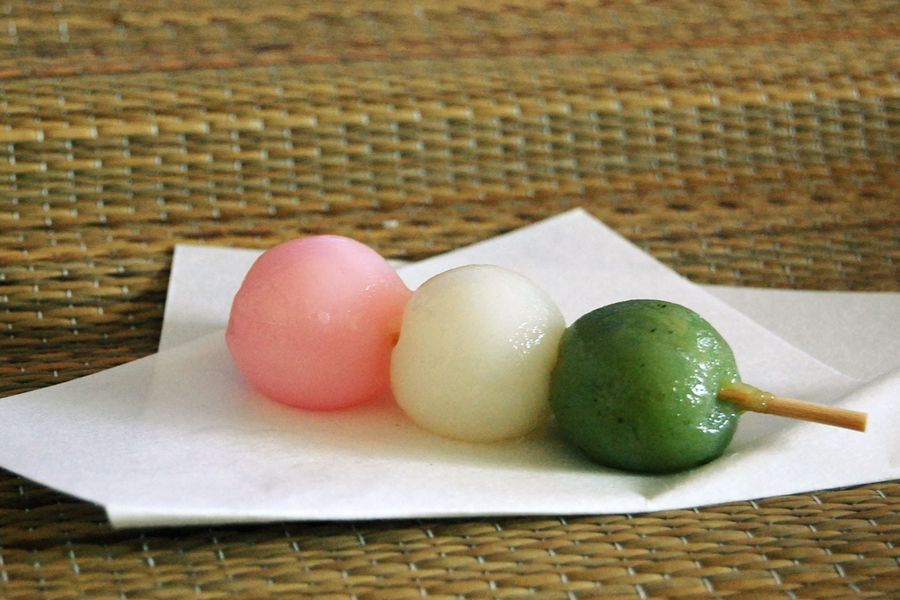 In the Edo period (1603–1868), many trees were planted in the city of Edo (now Tokyo), and the practice of flower viewing spread to the common people. Hanami plays a part in many of the comic rakugo stories that were much loved by ordinary Edoites then. Also popular from around this time was a pink, white, and green dango (dumpling) snack, to be eaten under the cherry blossoms. In this typical color combination, the pink, white, and green represent the blossoms of spring, the snow of winter, and the leaves and grass of summer.