Society Culture Feb 6, 2016
Emoji began as 176 primitive characters developed by telecommunications giant Docomo. They are now used all over the world as a fun way of enhancing electronic communication.

Created for Japanese mobile phones in 1998, emoji have rapidly become a part of everyday life around the world. Although commonly used to convey emotional content, there is no linguistic connection between emoji and emotion. The word actually derives from 絵 (e) or “picture” and 文字 (moji), which means “letter” or “character.” The 2010 incorporation of emoji into Unicode 6.0, due to lobbying by Google and Apple, allowed them to spread easily across multiple platforms. They are now used to liven up all kinds of electronic communication, including text messages, emails, and posts on Facebook, Twitter, and other social media outlets.

Kurita Shigetaka was an NTT Docomo employee when he designed the primitive ancestors of today’s emoji in 1998. There were just 176 of the 12×12-pixel characters created for i-mode, the world’s first mobile Internet platform. Japanese letters generally include a number of polite phrases and seasonal expressions to maintain a connection between sender and recipient, and Kurita envisioned emoji as fulfilling that role within the shorter medium of mobile phone text messages. Not a designer himself, he developed many of his ideas for the first emoji by thinking back to the manga he read as a boy or taking inspiration from kanji.

The simplicity of the characters meant that Docomo was unable to secure a copyright. Its telecommunications rivals started offering emoji, speeding up their spread. Japanese mobile phone users appreciated their ease of use and cute designs, but also the way that the characters made it possible—in a light and humorous manner—to communicate how they were feeling.

When the iPhone was due to go on sale in Japan in 2008, carrying iOS version 2.2, SoftBank President Son Masayoshi appealed directly to Steve Jobs to make the device capable of using emoji. The characters only later became widely available worldwide with the release of iOS 5 in 2011. 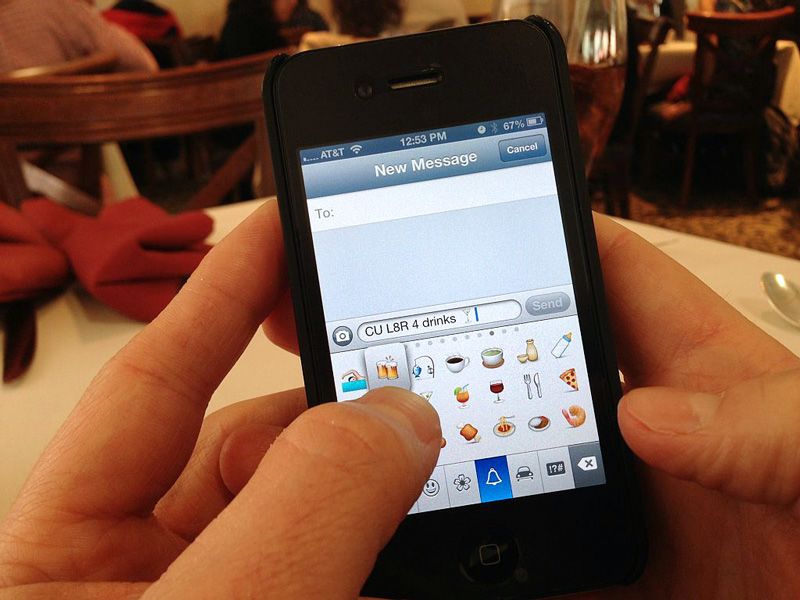 A 2013 Katy Perry music video for the single “Roar” marked the rise of emoji outside Japan, as the characters replaced many of the words in the song’s lyrics as they appeared on the screen. 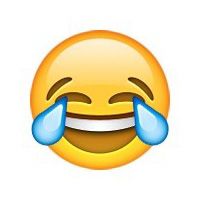 “Face with Tears of Joy” emoji. (Courtesy of Apple)

Then in November 2015, Oxford Dictionaries caused a stir by selecting the emoji “Face with Tears of Joy” as its Word of the Year.

Even so, emoji betray their origins with a distinctive Japanese flavor, as noted in a 2015 New York Times article, “America Needs Its Own Emojis.” This means that there are emoji for face masks, love hotels, Akita dogs, and even smiling poop. On the other hand, some of the missing emoji the author identifies as essential to American users have since become available, including turkey, burritos, and the middle-finger salute. The globalization of the characters continues apace. 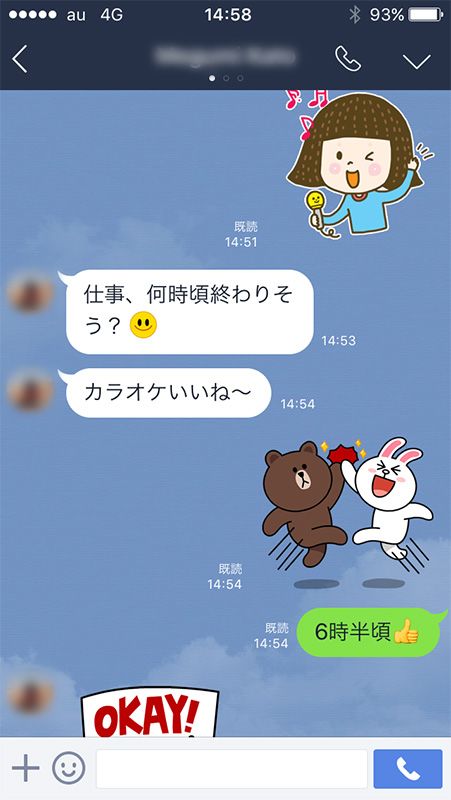 A conversation on texting app Line, enhanced by emoji and punctuated by stickers, including a high five between its animal mascots.

Before emoji, Japan had kaomoji, which are equivalent to the “smileys” or “emoticons” commonly used in English-speaking countries. While e means “picture,” kao means “face.” Emoticons in the west are tilted to one side with emotions mainly conveyed through the mouth; the happy face :) and sad face :( are familiar examples. Kaomoji, however, are not tilted and communicate emotion chiefly through the eyes; (^_^) is a happy face, while (>_<) is a kind of grimace used to express disappointment or apology when something bad has happened. Emoji have taken over some of the role of kaomoji, but the latter are still very much in use.

The “stickers” used on many texting apps represent the next stage in the use of pictures in electronic communication. Line, in particular, has built its huge popularity in Japan and other Asian countries around a cast of characters centered on Cony the rabbit and Brown the bear, who illustrate the feelings the app’s users want to convey. As well as basic stickers, which are always available, there are downloadable sets that might be free or incur a small charge.

Like karaoke and kawaii, emoji have gone global. It will be fascinating to follow their transformation as they continue to develop as an international language.