Society Culture Dec 23, 2022
Christmas may be a cultural import, but it has become a major festival in Japan, where it has developed its own local characteristics.

Santa Claus may have European roots, but he delivers to good Japanese children too. The tradition of giving presents to kids is just one aspect of Christmas that has caught on in Japan, though. The country observes many Christmas customs, which often differ from those common to most countries that celebrate the holiday.

Christmas Eve, for example, has become more important than Christmas Day in Japan. The love song “Kurisumasu ibu” (Christmas Eve) by Yamashita Tatsurō has regularly appeared on December music charts for around three decades and is now inextricably linked with the season. On December 24, the television schedules are full of Christmas programming, from films to variety shows, and there are all kinds of special events at theme parks like Tokyo Disneyland and Universal Studios Japan.

Although Christmas creates a lot of excitement, there are only around 1.9 million Christians in Japan, representing a little over 1% of the total population. Most people enjoy it as a largely secular festival.

The high-end food store Meijiya’s display of a Christmas tree in its store in Tokyo’s fashionable Ginza district in 1904 is commonly viewed as the genesis of regular seasonal celebrations in Japan. Today many families put up and decorate their own trees, usually artificial. Stores fill with Christmas goods well more than a month in advance, once Halloween celebrations are over. Christmas lights brightening up streets are a common sight at this time of year, too. 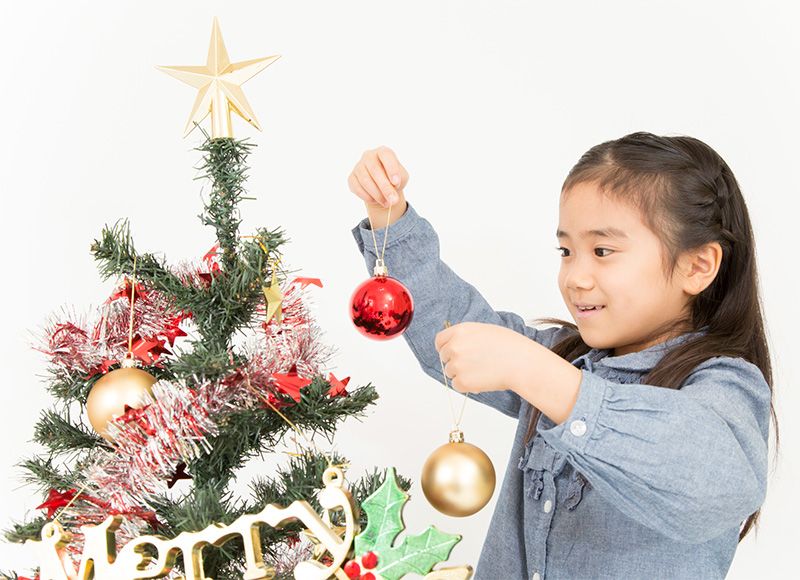 Christmas Eve a Time for Romance

In many countries, Christmas is a time to spend with the family, but in Japan the holiday is associated with organized events. It is an especially important date night for singles, although friends may also meet up. Christmas Eve is considered to be particularly romantic, and couples exchange gifts on a day many regard as just as important as their anniversaries and birthdays. As retailers make their Christmas push, restaurants prepare seasonal menus and top hotels plan expensive dinner shows featuring performances by famous artists. Needless to say, hotels and traditional ryokan inns are packed on Christmas Eve. 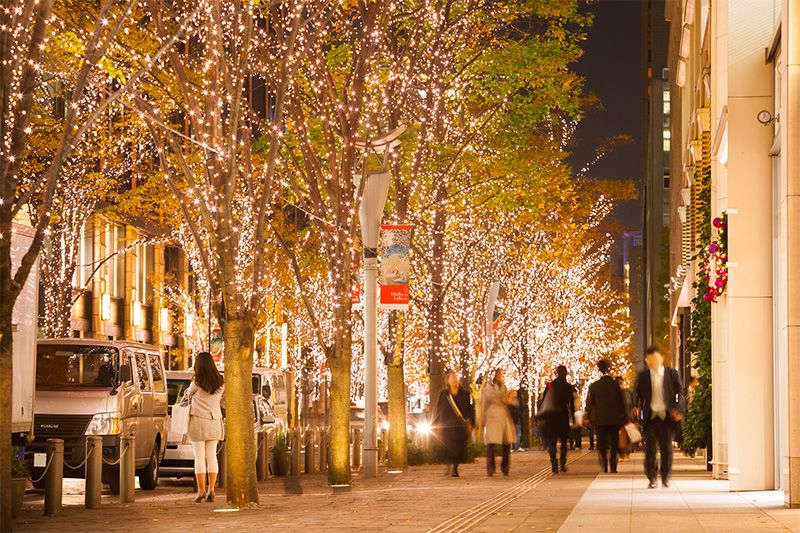 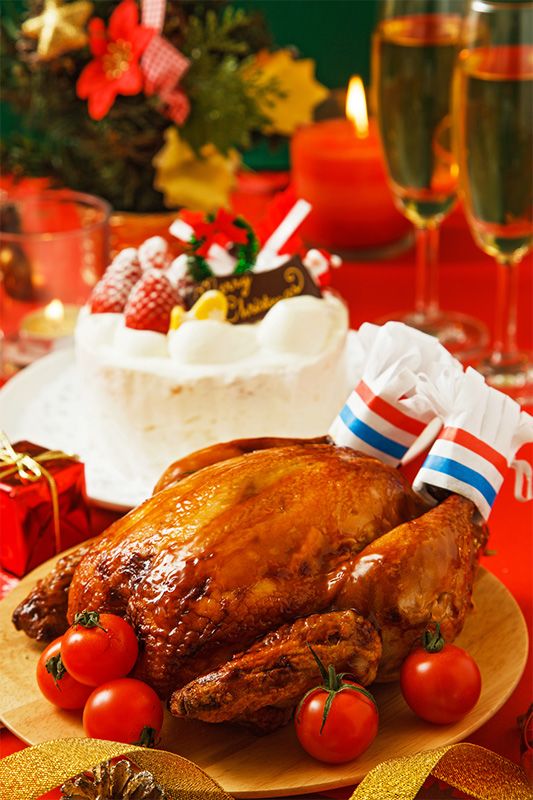 Roast chicken and a Christmas cake.

While turkey and ham are common Christmas dishes in the English-speaking world, Japanese families usually celebrate with chicken. Due to heavy demand, orders, including from fast food restaurants and supermarkets, are typically made several days in advance.

Another essential food item is the Christmas cake, typically a light sponge cake covered with cream icing and eaten on Christmas Day. It is often topped with strawberries, chocolate, and sugar or marzipan decorations shaped like Santa Claus or Christmas trees. The rush to buy cakes means Christmas is a boom season for the sweets industry ranking alongside Valentine’s Day and White Day.

Indeed, publicity campaigns by fast food chains, convenience stores, and cake sellers are thought to have played a large part in the establishment of several Japanese holiday traditions.

When Christmas is over on December 26, the nation turns its attention to getting ready for more long-standing Shōgatsu New Year celebrations, which last well into January. As if a switch is flipped, Japan goes into Shōgatsu mode and Christmas wreaths are replaced by the shimekazari (decorative rope) associated with New Year.

(Banner photo: A Christmas cake decorated with strawberries and chocolate.)