The Tasty, Affordable Joys of “Oden”

Culture Apr 13, 2018
Once a way for common citizens to warm themselves through winter, oden is now sold all year round at convenience stores. This article introduces the most popular ingredients.

Hot Pot All Year Round

Oden is a common variety of nabe, or hot pot. Traditionally, it was eaten to warm the body in winter, but now it is available at dedicated shops and convenience stores at any time of year.

The dish derives from dengaku, a mix of skewered foods like tōfu and konnyaku glazed with miso. Oden emerged during the Meiji era (1868–1912), when ingredients were added to dashi (seafood soup stock) flavored with soy sauce and stewed for many hours. It is typically eaten together with karashi, a type of spicy mustard.

Oden varies by region, but some ingredients like daikon and tōfu fritters are standard throughout Japan. Here we introduce the most popular ingredients.

An oden classic, soft stewed daikon radish combined with the zing of karashi is sure to get mouths watering. 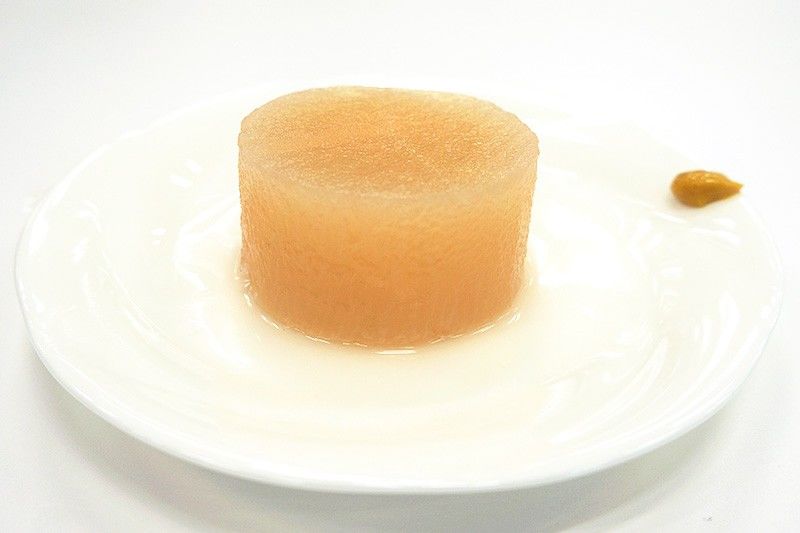 Hard-boiled eggs are infused with the taste of dashi. Be sure to pick a darker-colored egg—the pale ones have just been added and have yet to soak up the broth—to enjoy the full flavor. 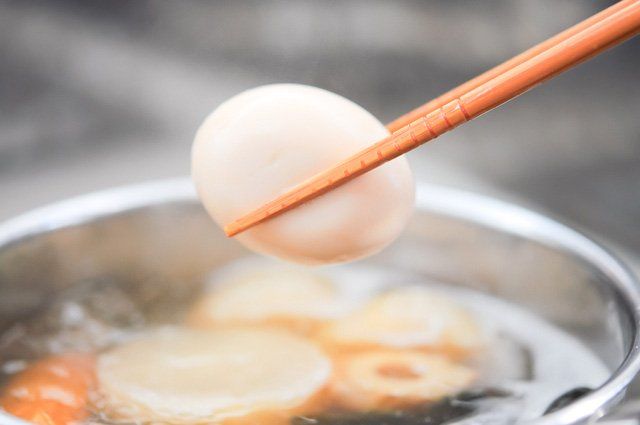 These triangular blocks are formed from paste made from the root of konjac potatoes. Konnyaku is a healthy treat, low in calories and full of fiber. 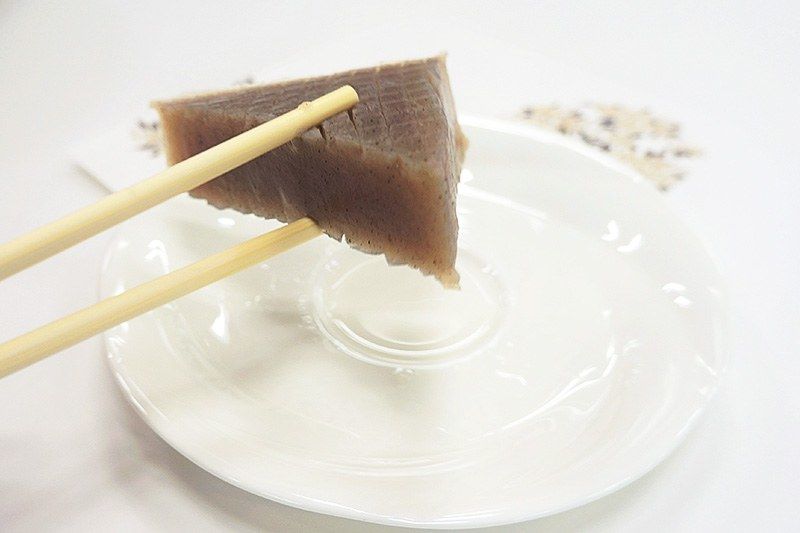 The noodle-shaped shirataki is made from konnyaku. Also known as ito konnyaku, it tastes best when steeped in dashi. 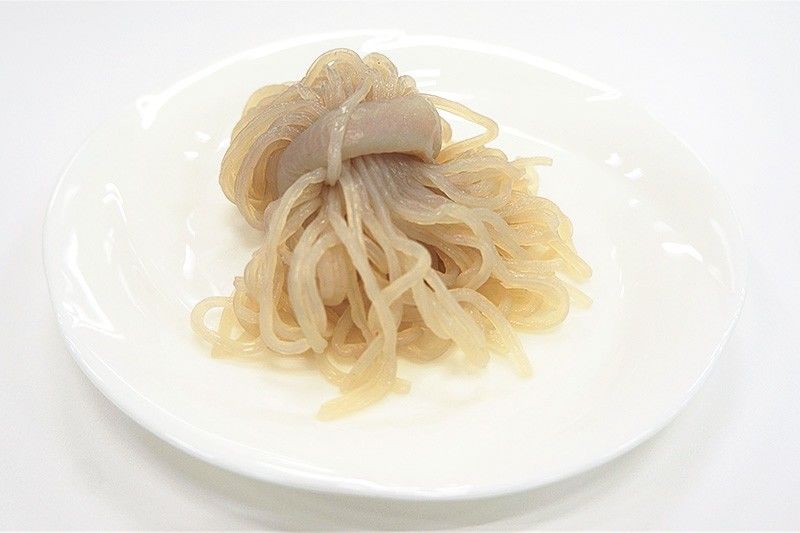 For tōfu fans, thick-sliced atsuage is a real treat. The outside is fried golden brown, but the inside remains soft and white. 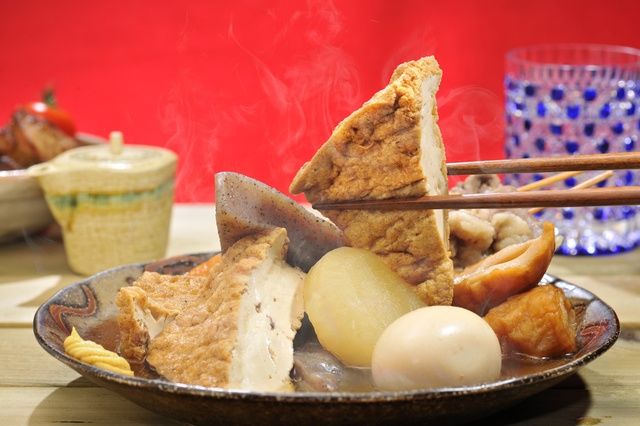 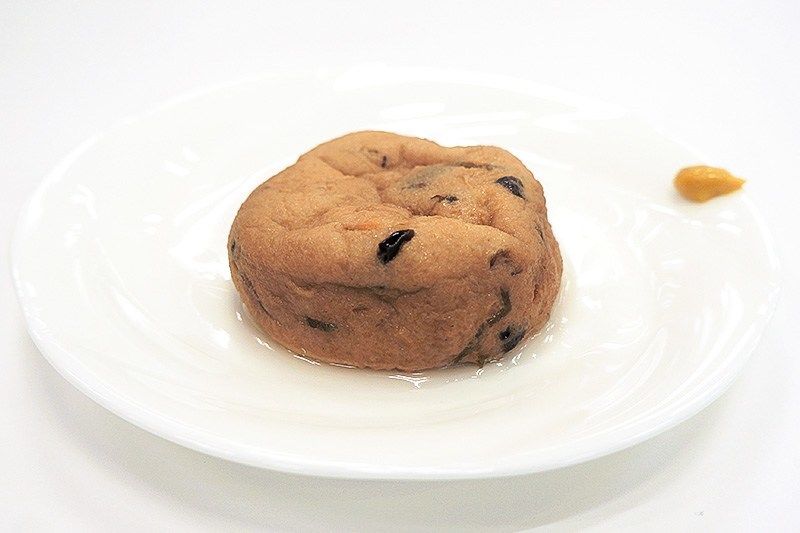 A popular variant rather than an oden staple, cabbage rolls filled with minced meat offer an alternative taste to more common items. 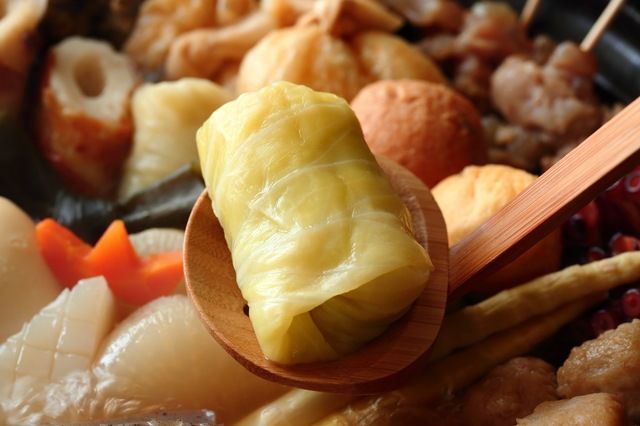 These bundles are made from thinly-sliced fried tōfu filled with mochi rice cake. Heated up in the stock, the mochi in the little bags becomes wonderfully soft, but can be a mouth-scorcher. 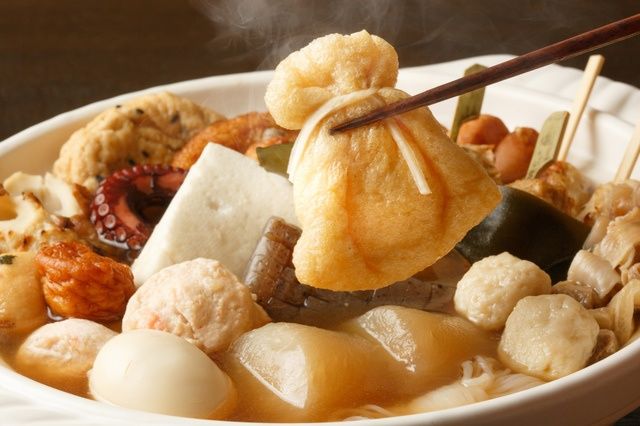 Oden includes many ingredients made from surimi (ground fish) that give it the distinctive fishy fragrance that sometimes startles first-time visitors to Japanese convenience stores.

Surimi is rolled into a tube and lightly fried to make chikuwa. 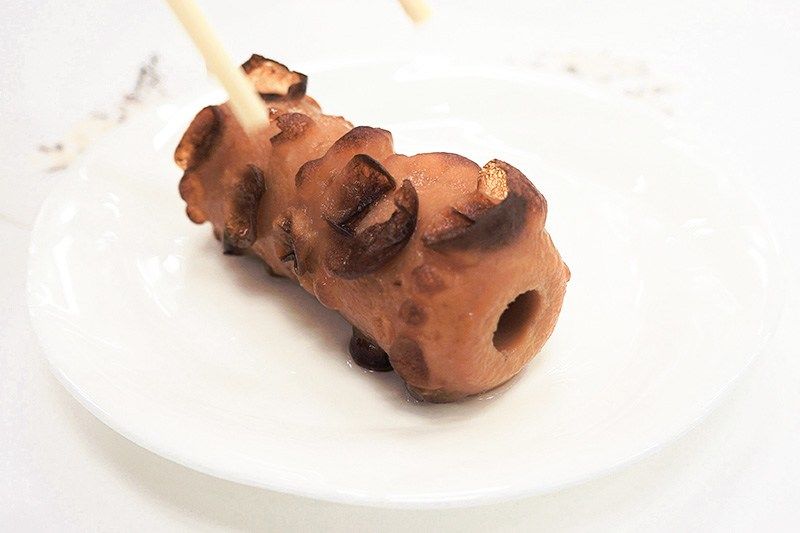 This fried food is said to take its name from Satsuma, the old appellation of Kagoshima Prefecture in Kyūshū. Seasoned surimi is mixed with thinly-sliced carrots and other vegetables and then lightly fried. Regional variations may include burdock root. 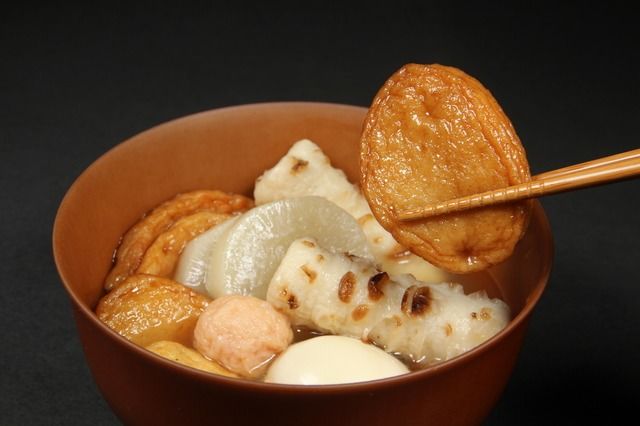 There are other popular ingredients, depending on the area or seller, such as kelp, beef tendon, octopus, and meatballs. 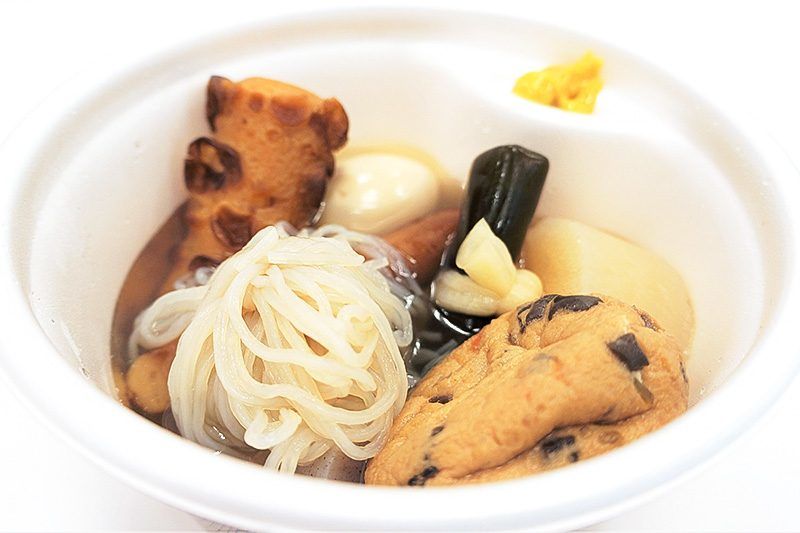 Oden is a casual food that can be eaten at home, at yatai food stalls, or at specialist shops. Some famous oden restaurants have been in business for more than a century. Varieties making the most of regional ingredients are steadily appearing, such as Nagoya oden, which uses the famous local miso in its stock. Every spring there is an “oden summit” in Odawara, Kanagawa Prefecture, bringing together regional versions of the dish from around the country. 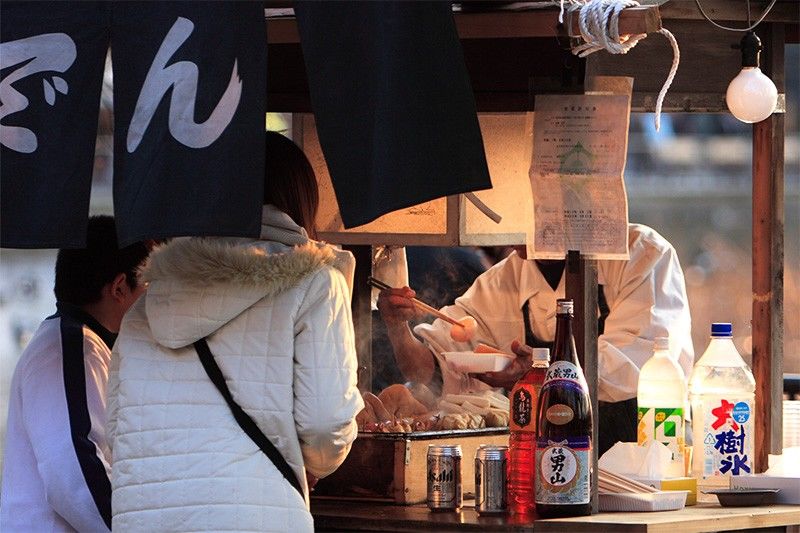 Ordering oden at a food stall in Tokyo. (Courtesy of Flickr user mrhayata)

Oden is not so expensive and offers a wide variety of flavors. It was first sold in convenience stores by 7-Eleven in 1979 and has since become a regular offering at other chains. It is often found near the front counter of the store, where customers can add the ingredients to small or large cups depending on their appetite. Each ingredient costs around ¥100. Apart from mustard, seasonings include miso sauce and spicy yuzukoshō paste. Chopsticks are also provided. Oden is popular, so the major chains are constantly working to create new and tastier versions. 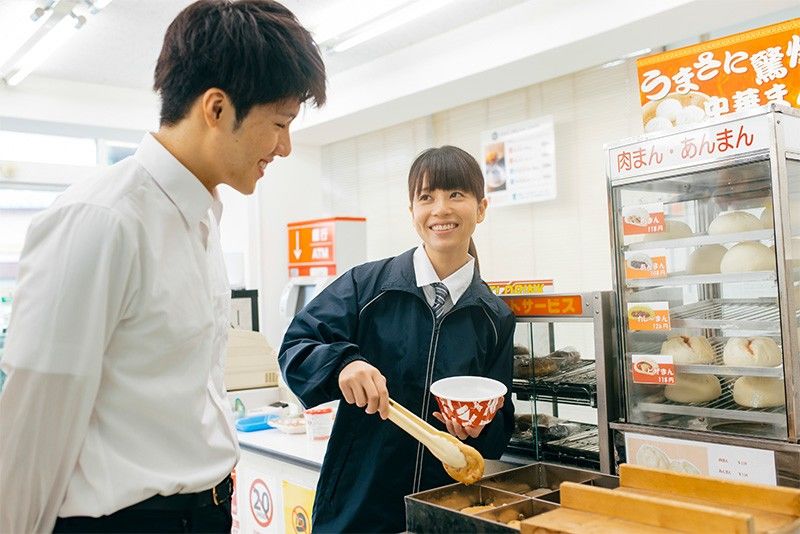 Serving oden at the convenience store.