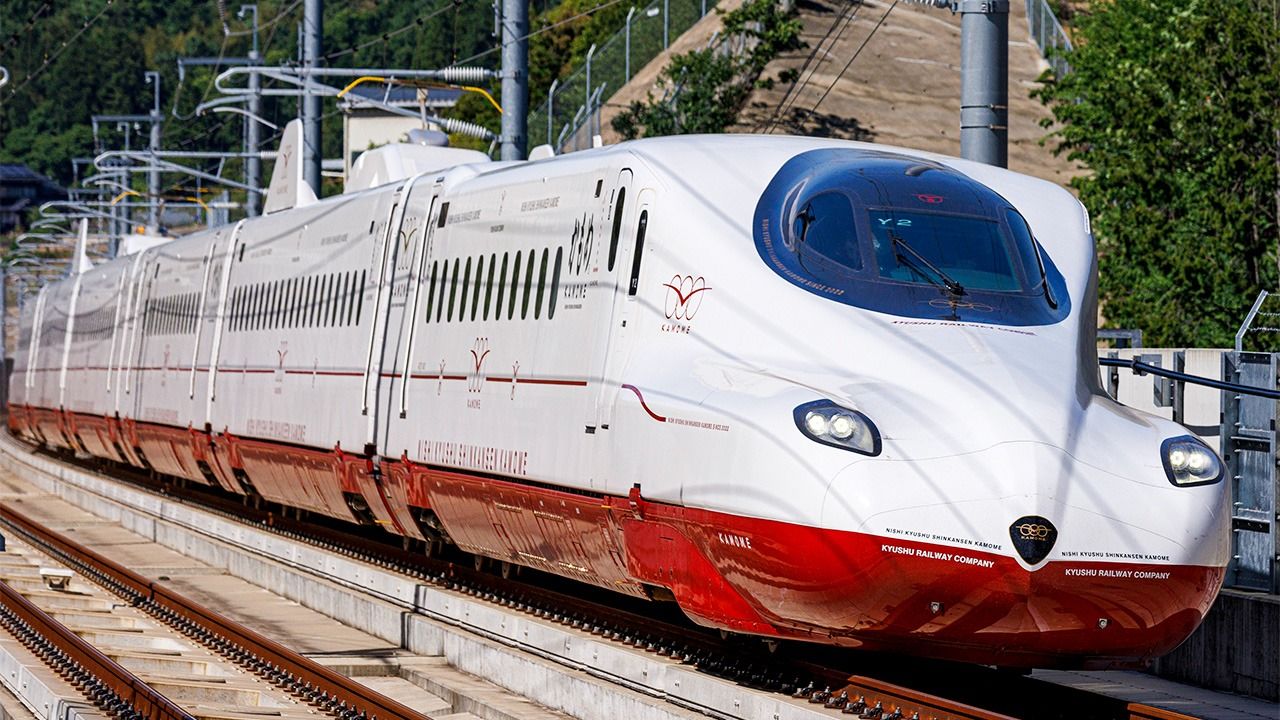 Society Guide to Japan Sep 26, 2022
The Nishi-Kyūshū Shinkansen, linking Takeo Onsen and Nagasaki, started operations on September 23, 2022. Read on for details of the new trains and services.

The Nishi-Kyūshū Shinkansen line connects Takeo Onsen Station in Saga Prefecture with Nagasaki. At 66 kilometers, it is the shortest section in the Shinkansen network. It also passes through three other stations en route: Ureshino Onsen in Saga Prefecture, and Shin-Ōmura and Isahaya in Nagasaki Prefecture. The line is operated by JR Kyūshū.

The government made plans for a route between Hakata Station in Fukuoka, Fukuoka Prefecture, and Nagasaki as early as 1973. However, due to opposition from Saga Prefecture, there is no Shinkansen line between the stations of Shin-Tosu and Takeo Onsen, where passengers must instead use limited express trains. Arrangements have been made to allow easy transfers between trains on neighboring platforms at Takeo Onsen Station.

Including transfers, journeys from Hakata to Nagasaki take 1 hour 20 minutes at top speed, which is 30 minutes faster than before. 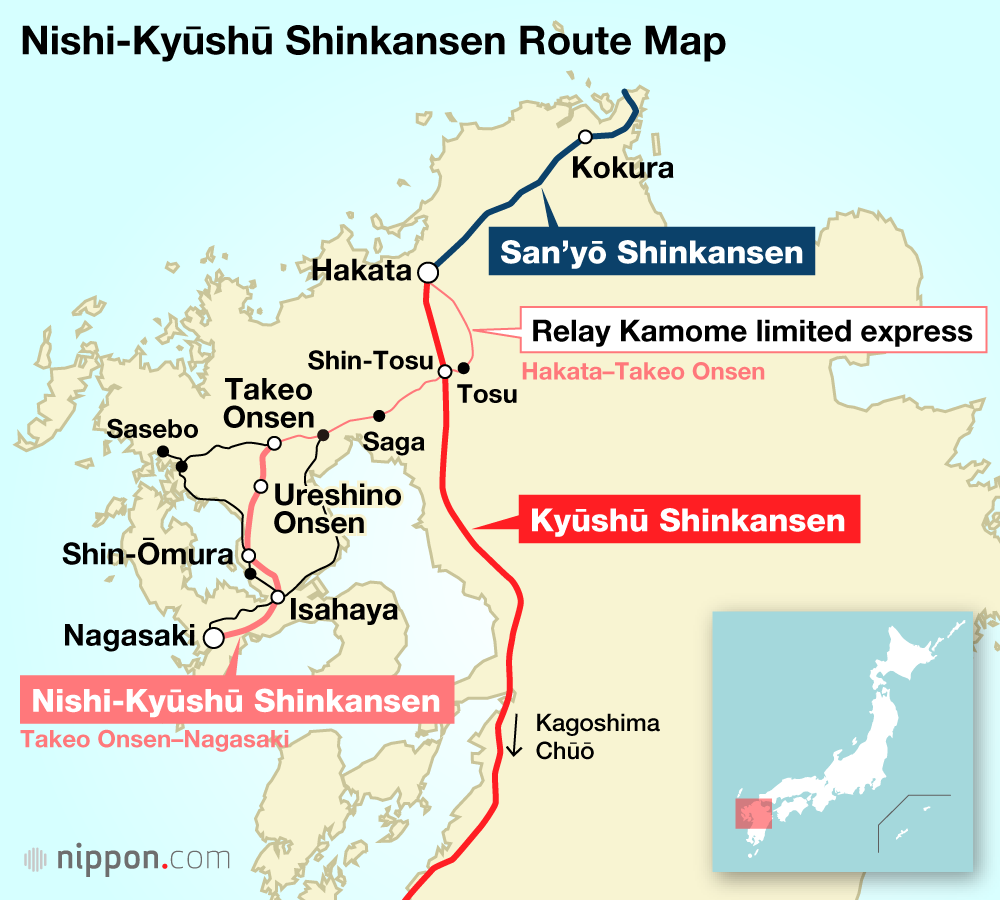 All the Nishi-Kyūshū Shinkansen trains go by the name Kamome, but they stop at different combinations of stations. 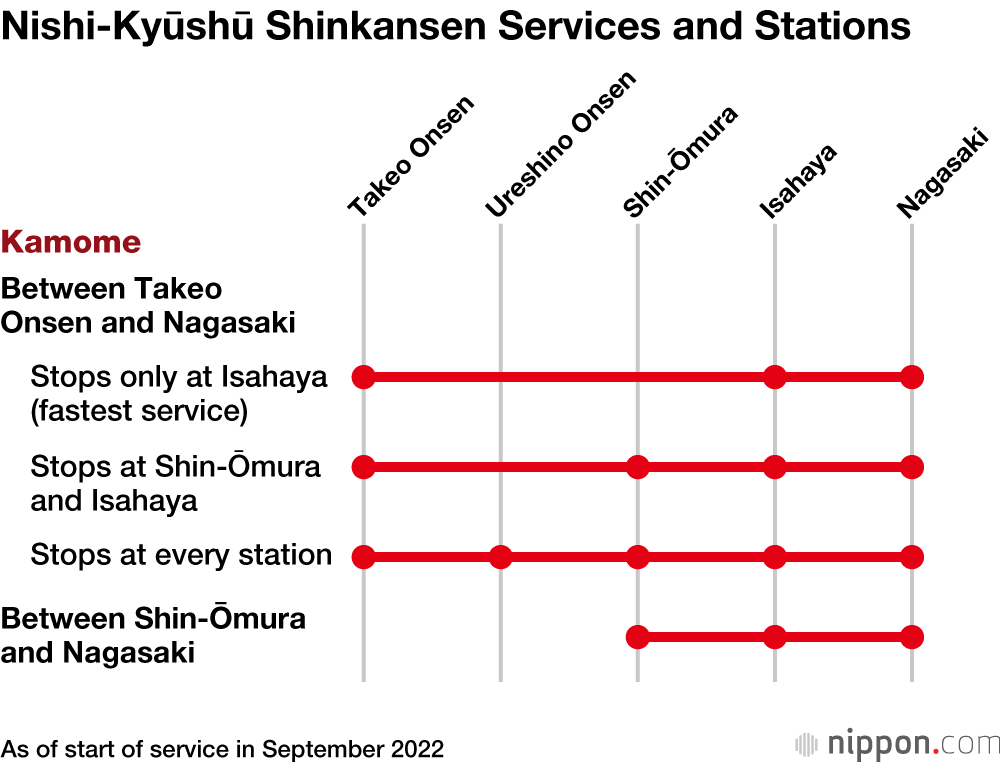 For the Nishi-Kyūshū Shinkansen line, JR Kyūshū has introduced four of the latest N700S Shinkansen trains, like those used on the Tōkaidō line, with a total of 24 cars. They are mainly white, with the company’s color of red on their undersides and a thin line across the center of each car. Each train has just six cars, and the reserved cars have four seats to each row, like the Green Cars for other Shinkansen lines. All seats are equipped with power sockets.

The interiors were designed by Mitooka Eiji, who has previously designed many other JR Kyūshū vehicles, including its luxury Seven Stars cruise train. 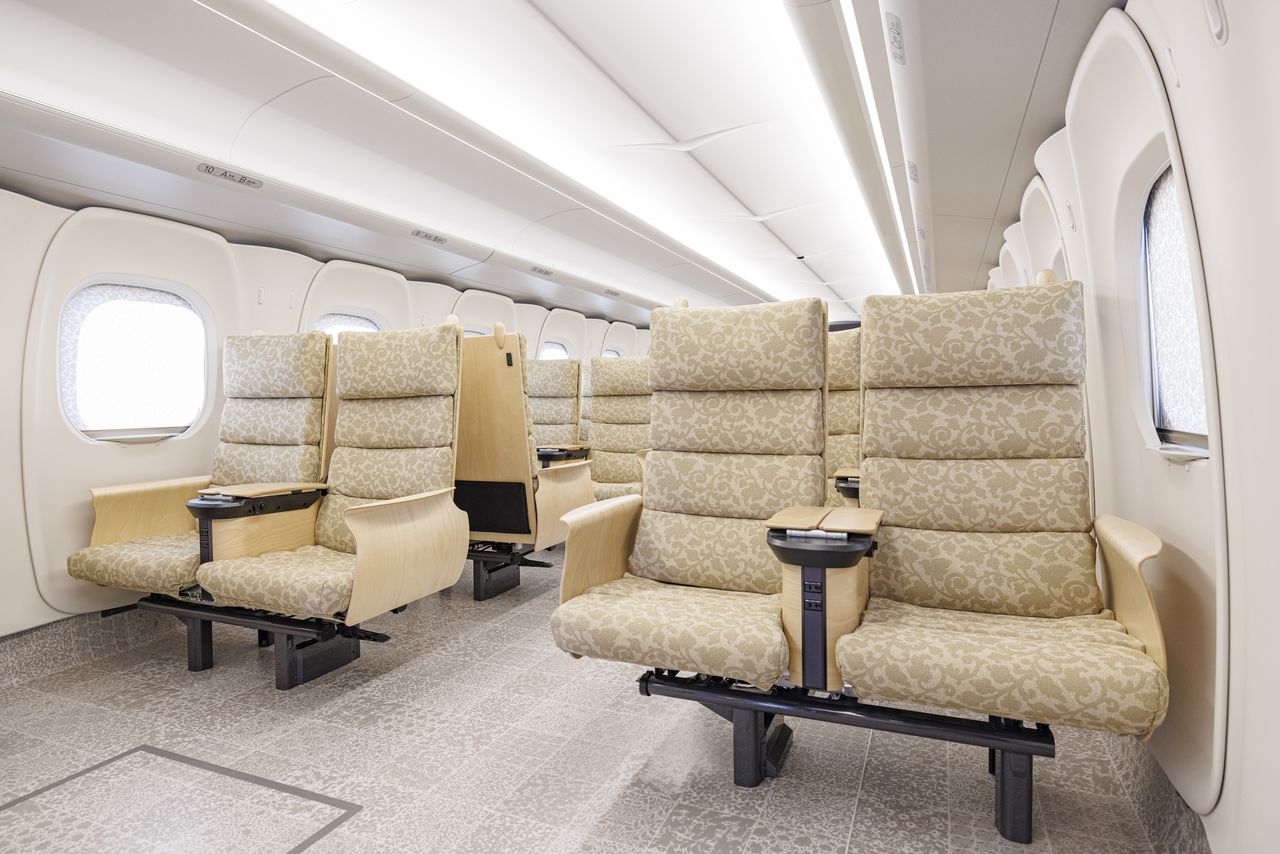 The city of Nagasaki on the western edge of Kyūshū is the main population center of the prefecture of the same name, with over 400,000 residents. It flourished as Japan’s only trade post with the West during the Edo period (1603–1868), and foreign influences from countries like Portugal, the Netherlands, and China shaped a unique local culture. The city is also known for suffering an atomic bombing by the United States on August 9, 1945, that killed more than 70,000 people.

Nagasaki’s hilly landscape has helped it win recognition for having one of Japan’s Three Major Night Views, looking out over the port. Within the city are several UNESCO World Heritage sites, including Ōura Church and other Hidden Christian Sites in the Nagasaki Region, and some of the Sites of Japan’s Meiji Industrial Revolution. 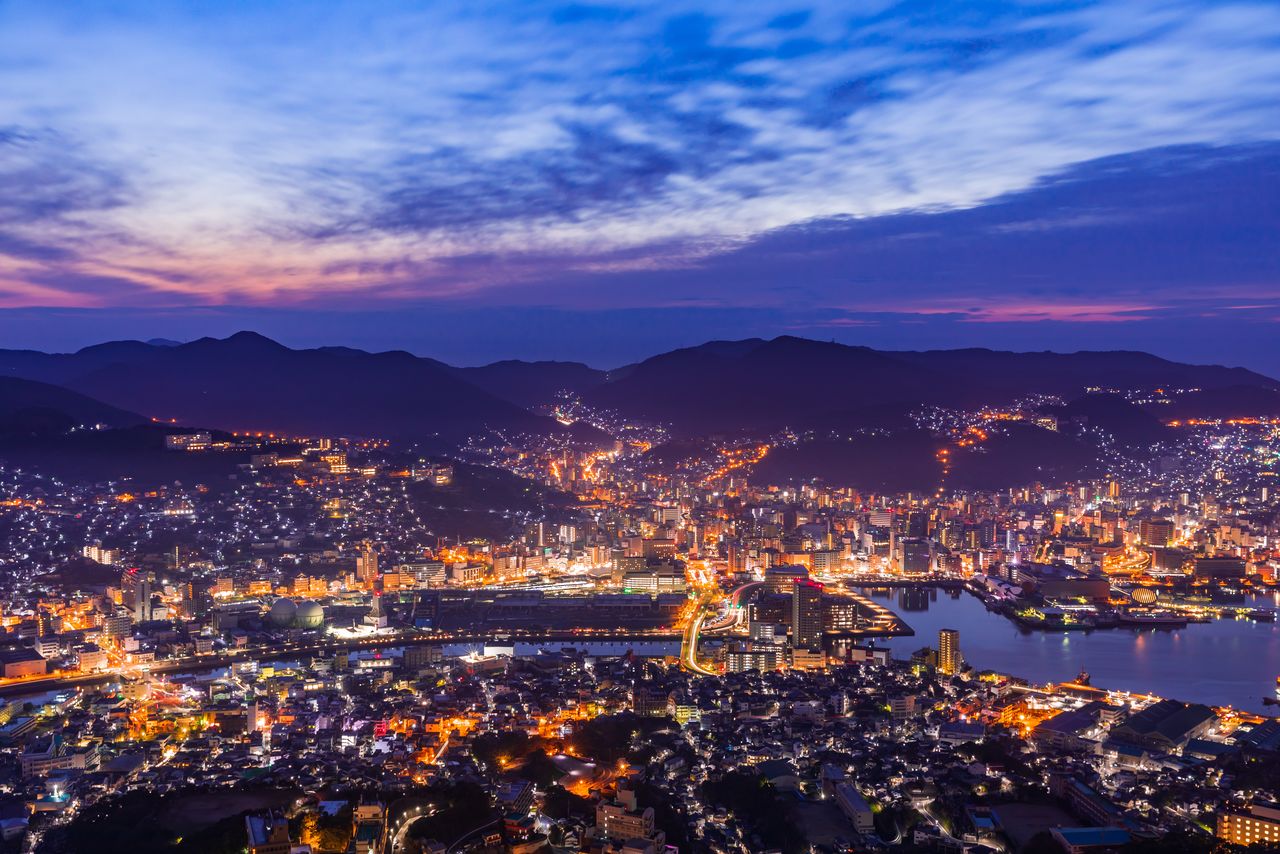 A spectacular view of Nagasaki from Mount Inasa. (© Pixta)

A classic Nagasaki tourist spot, located on a hill with a view of the port, this consists of six residences of former foreign residents, which were moved to the site and restored. There are the homes of the Scottish merchant Thomas Glover and others who played a part in Japan’s modernization during the Meiji era (1868–1912), allowing visitors to learn about the history and culture of the city during this time. Seasonal flowers bloom throughout the year, and there are illuminations from mid-July to early October. The garden is accessible from Ōura Church via a seven-minute tram ride. 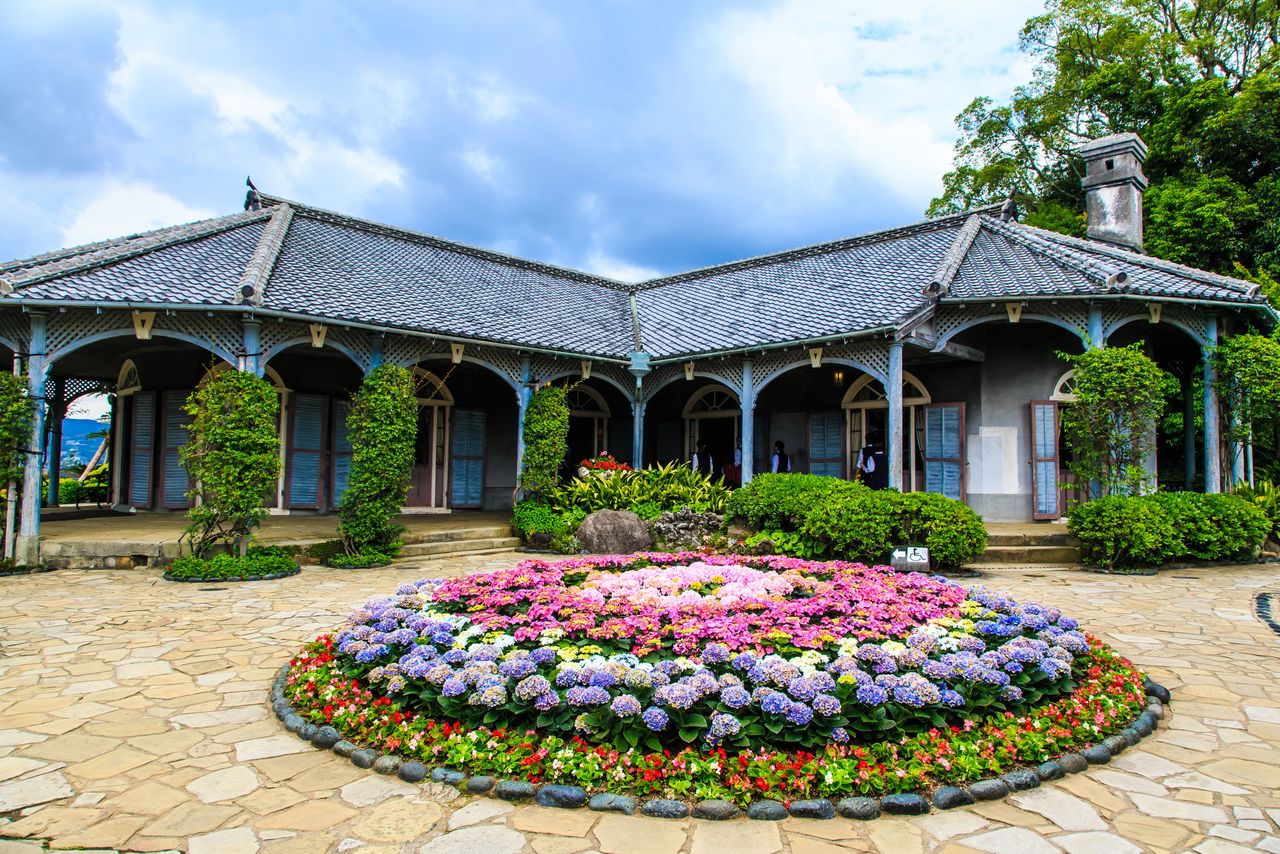 While Nagasaki is famous for its Meganebashi (Spectacles Bridge), Isahaya Park, built on the ruins of a former castle, actually has a larger double arch stone bridge, which is twice the size of the one in Nagasaki, at 49.25 meters. It originally spanned the Honmyōgawa river, some 500 meters away, from 1839 until it was moved to its present location in 1960. The park is a 15-minute walk from Isahaya Station. 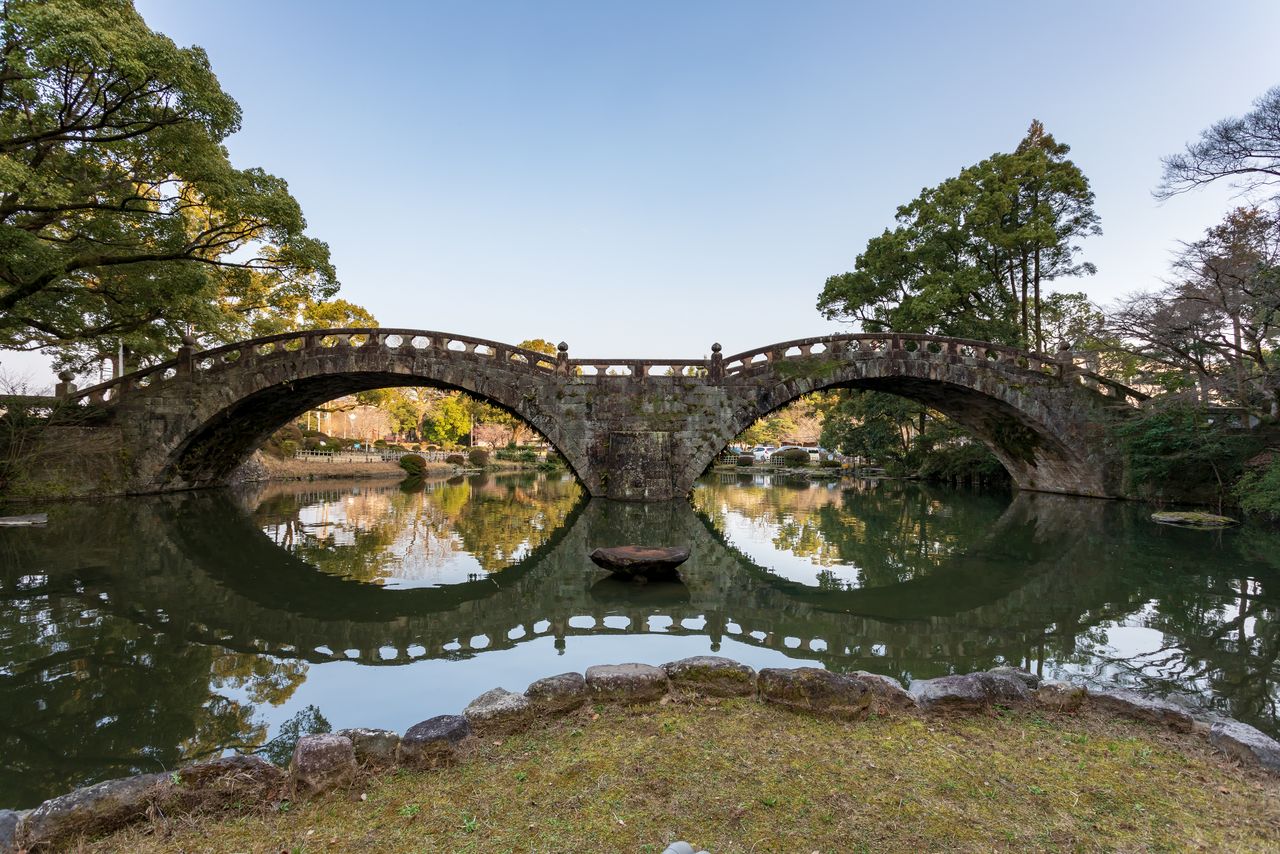 This is one of Japan’s Top 100 Cherry Blossoms sites, and is also known for its sweet flags, which flower from late May to early June. The park is built on the site of the former Kushima Castle, which was the base of the Ōmura daimyō for some 270 years from 1599. There are illuminations during the Ōmura Flower Festival from late March to late June, when flower lovers gather in the park. The park is 10 minutes by bus from Shin-Ōmura Station. 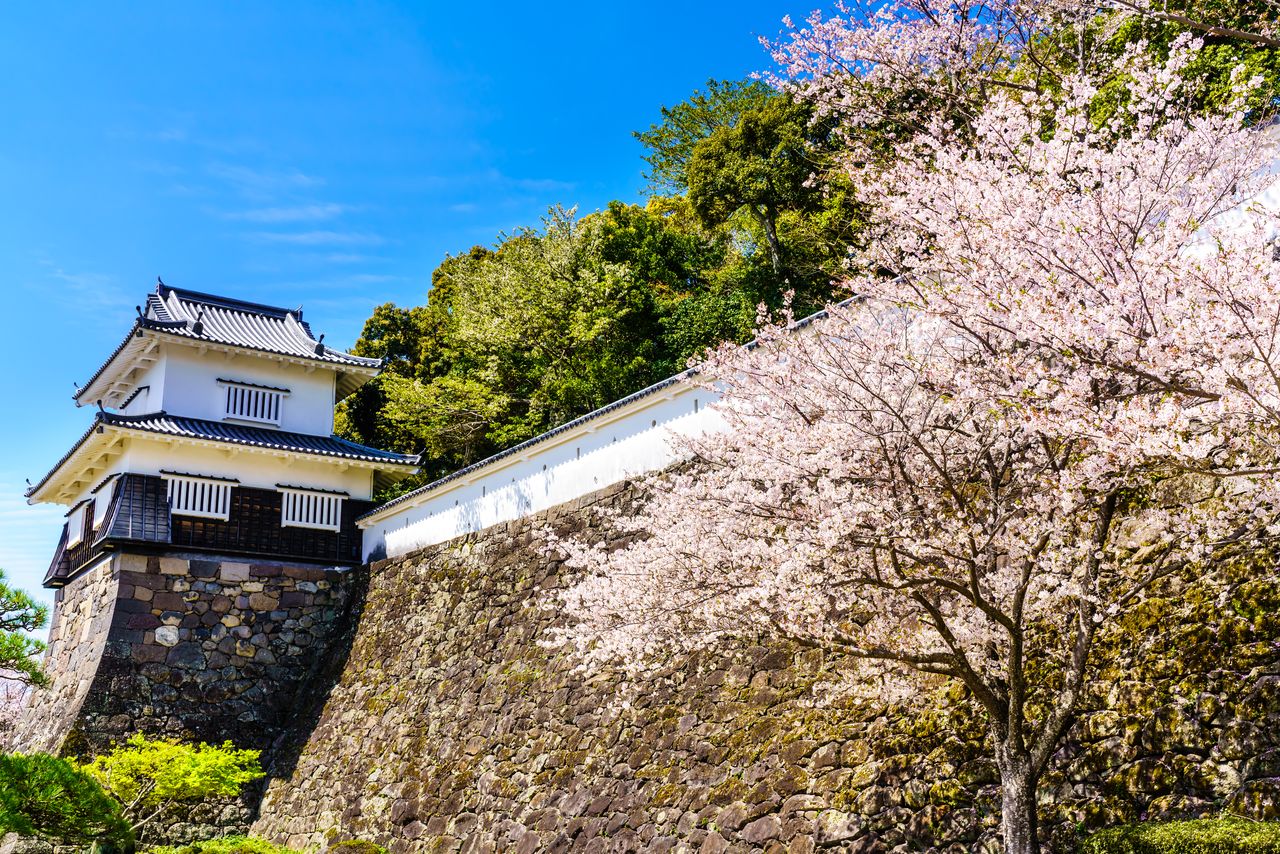 Along with Takeo Onsen, this is one of Saga Prefecture’s top hot spring areas. It prospered as a post town in the Edo period, and the German naturalist Philipp Franz von Siebold is said to have visited in 1826. The clear spring water is high in sodium bicarbonate and reputed as being good for beautiful skin. The local tōfu is also recommended after bathing, and there is a ninja village theme park. A two-minute walk from Ureshino Onsen Station. 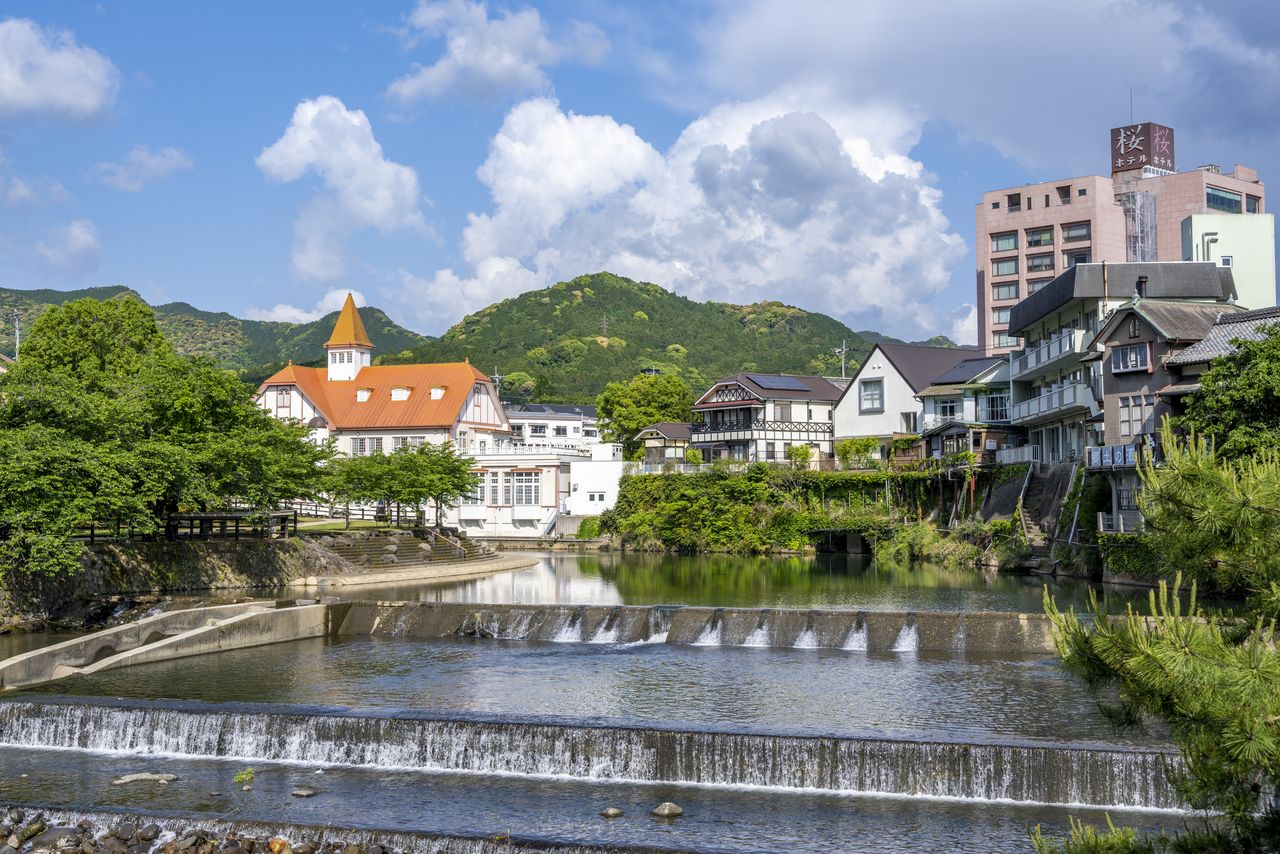 A hot springs location with 1,300 years of history. The clear, alkaline waters are said to be good for recovery from fatigue. The vermilion Rōmon gate is a symbol of the onsen district, which was built in 1915. It was designed by Tatsuno Kingo, born in Saga Prefecture, who was also the creator behind Tokyo’s famous red-brick station. A two-minute walk from Takeo Onsen Station. 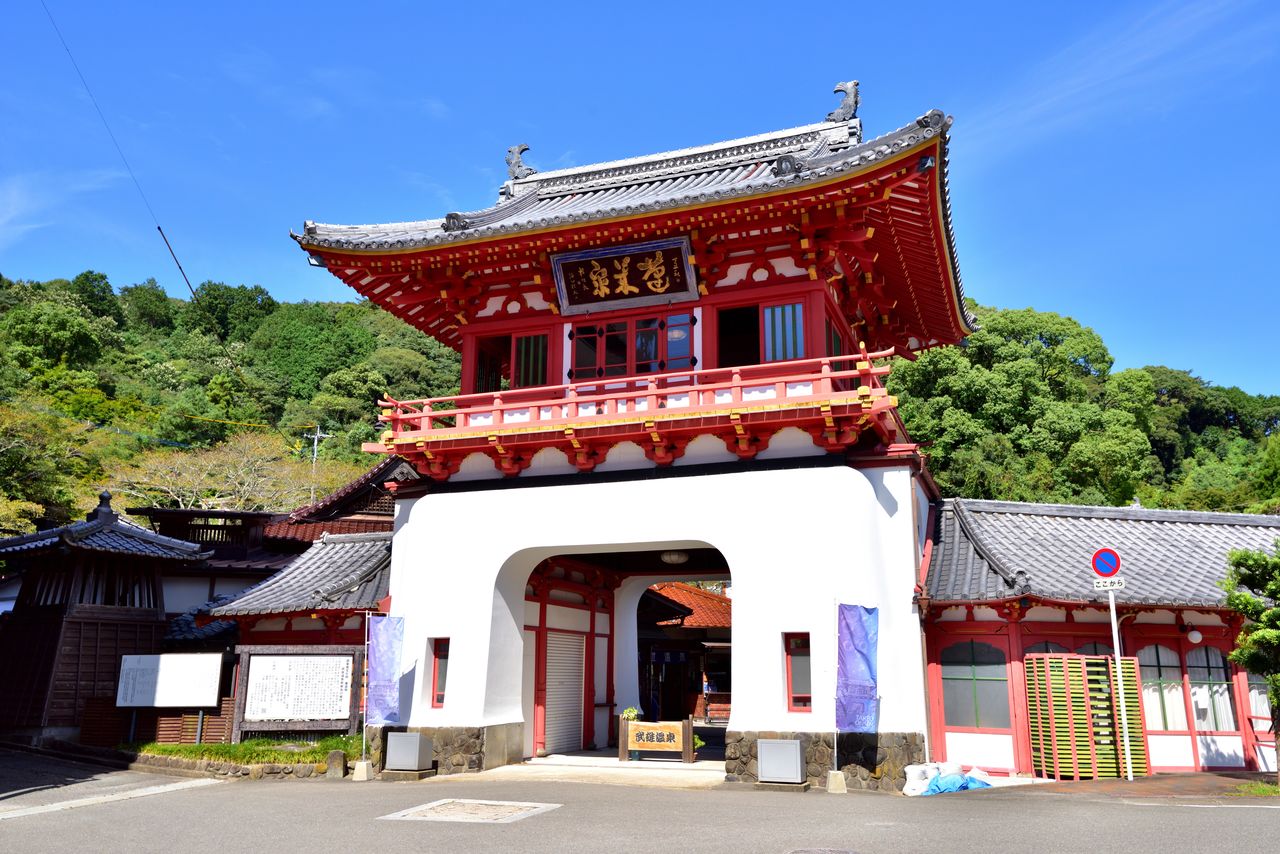