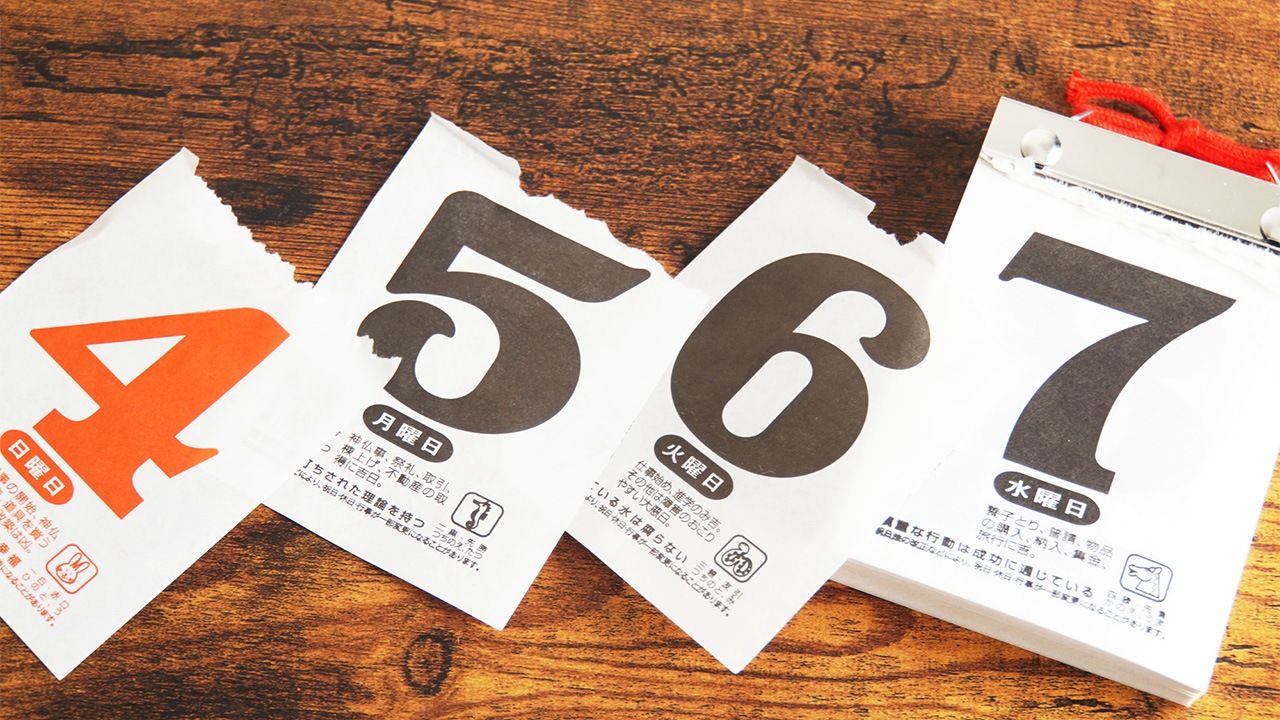 Culture Lifestyle History May 10, 2019
Japanese calendars often include traditional aspects alongside the days and months.

Japan is said to have drawn up its first calendar in 604, based on techniques developed in China and brought to its islands via the Korean Peninsula. Over the subsequent centuries, seasonal events and observances have filled out the traditional record of the year. Months in the former lunar calendar started when it was a new moon, while a full moon marked their midway point. As each year had only 354 days, it was sometimes necessary to add an intercalary month.

Although Japan adopted the standard Gregorian calendar in 1873, many aspects of its former calendar are still in use today. Some festivals are still held to match traditional dates, and calendar printers may include the latter on their publications. 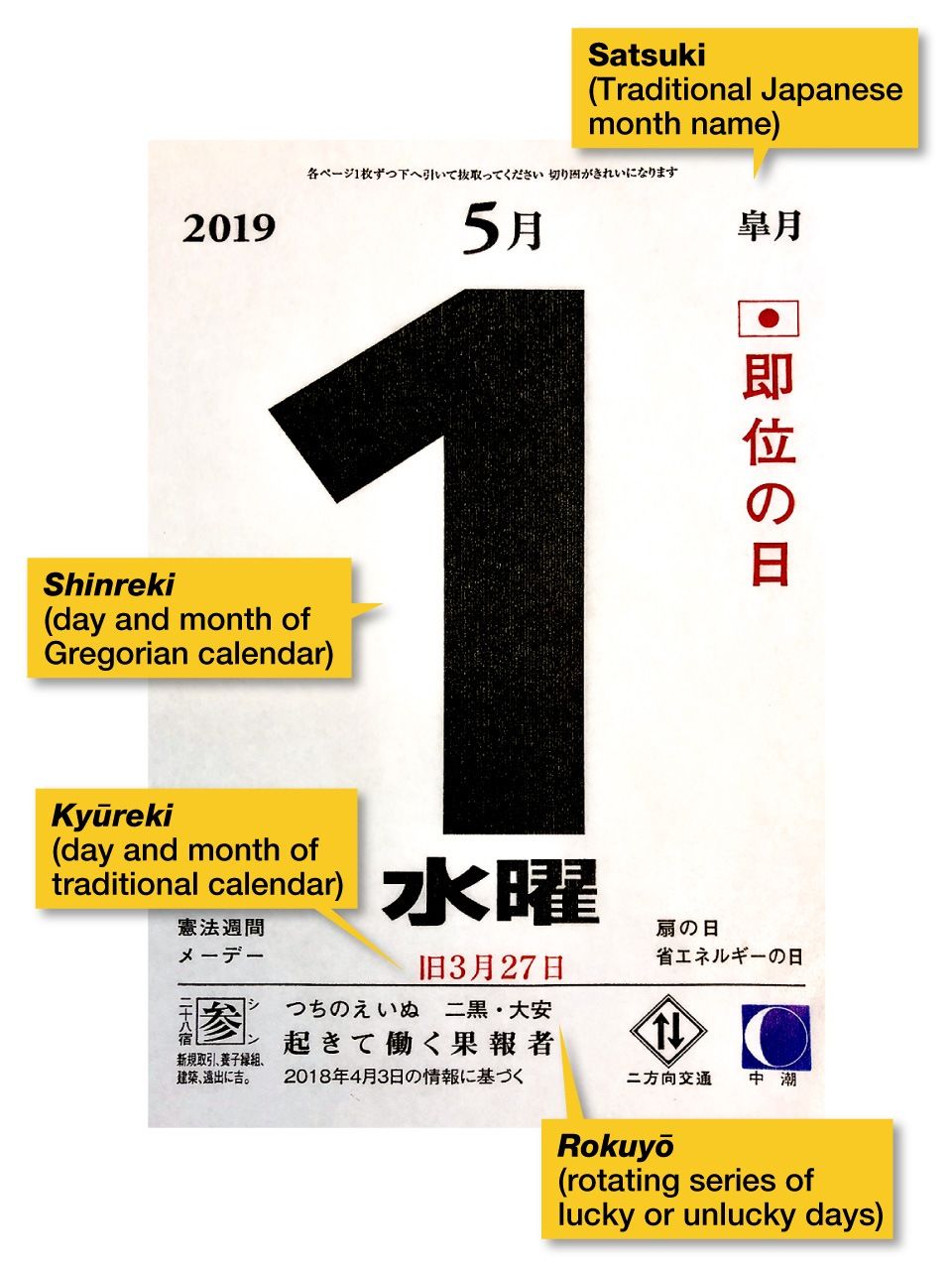 A calendar for May 1, 2019, with several traditional features.

Japan uses its own system of era names for denoting years alongside the international standard. For instance, the year 2018 was also Heisei 30, the thirtieth year of the Heisei era (1989–2019). The system was introduced in 645, and there have been 248 era names in total. Since 1868, there has been just one era name associated with each emperor, but historically they changed more frequently.

As Emperor Naruhito ascended to the throne on May 1, 2019, it is now the Reiwa era. This means that while January to April of 2019 was Heisei 31, May to December is Reiwa 1. After the new era name was announced on April 1, some publishers started selling calendars for the year with Reiwa included.

The eto or zodiacal animals form a 12-year cycle. The system originally came from China and spread through other countries in the region, with slight variations in the animals used. In Japan, the order is rat, ox, tiger, rabbit, dragon, snake, horse, sheep, monkey, rooster, dog, and boar. Illustrations and photographs of the animals are prominent on New Year cards.

The 12 months of Japan’s traditional calendar were given informal names, which are still sometimes seen today. Each starts later than its equivalent in the Gregorian calendar—for example the first month begins in late January or in February. Even though the original seasonal associations behind some of the names do not exactly match the current system, it is not uncommon for them appear on calendars, as with Satsuki for May, as shown in the above picture.

The five sekku are seasonal festivals that take place on days deemed to be auspicious. On January 7 (jinjitsu no sekku), people eat nanakusa-gayu (seven-herb rice porridge), which was traditionally associated with prayers for good harvests and health in the year ahead. March 3 (momo no sekku) is the Hinamatsuri, a festival celebrating daughters, and May 5 (tango no sekku) is Boys’ Day, although the modern national holiday is known as Children’s Day. For Tanabata, or the star festival, on July 7 it is common to write and display wishes on colored paper. On September 9 (chōyō no sekku), the least well known of these festivals, chrysanthemums are commonly displayed at temples. 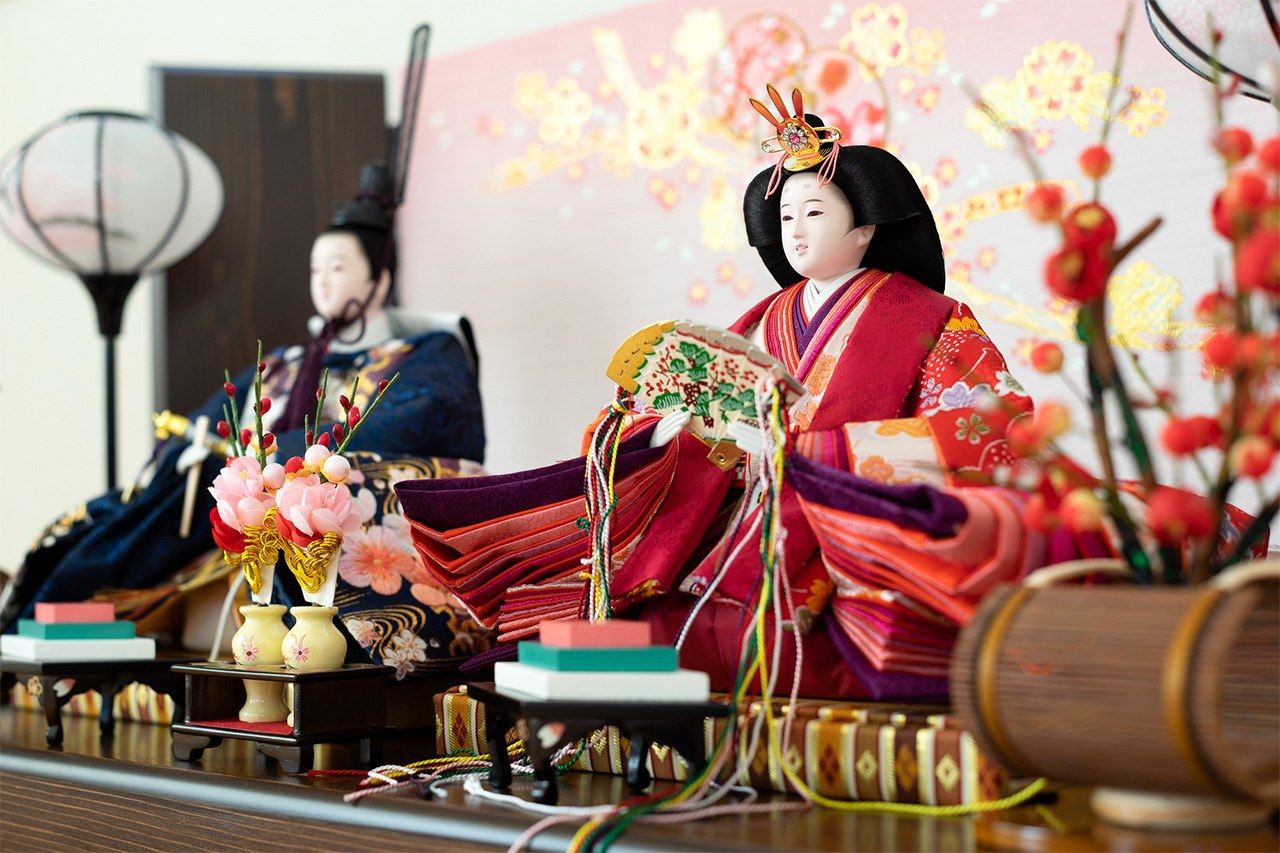 Dolls on display for Hinamatsuri on March 3.

The 24 divisions of the year used in the Chinese calendar crossed over to Japan with some adaptations. Farmers once referred to these sekki when planning agricultural activities. The dates in the Gregorian calendar may vary by a day depending on the year. Japan also devised a calendar with each of the 24 sekki divided further into three kō, creating a total of 72 microseasons.

The rokuyō is a repeated six-day sequence printed on some calendars that indicates whether each day is auspicious, particularly for activities like weddings and funerals.