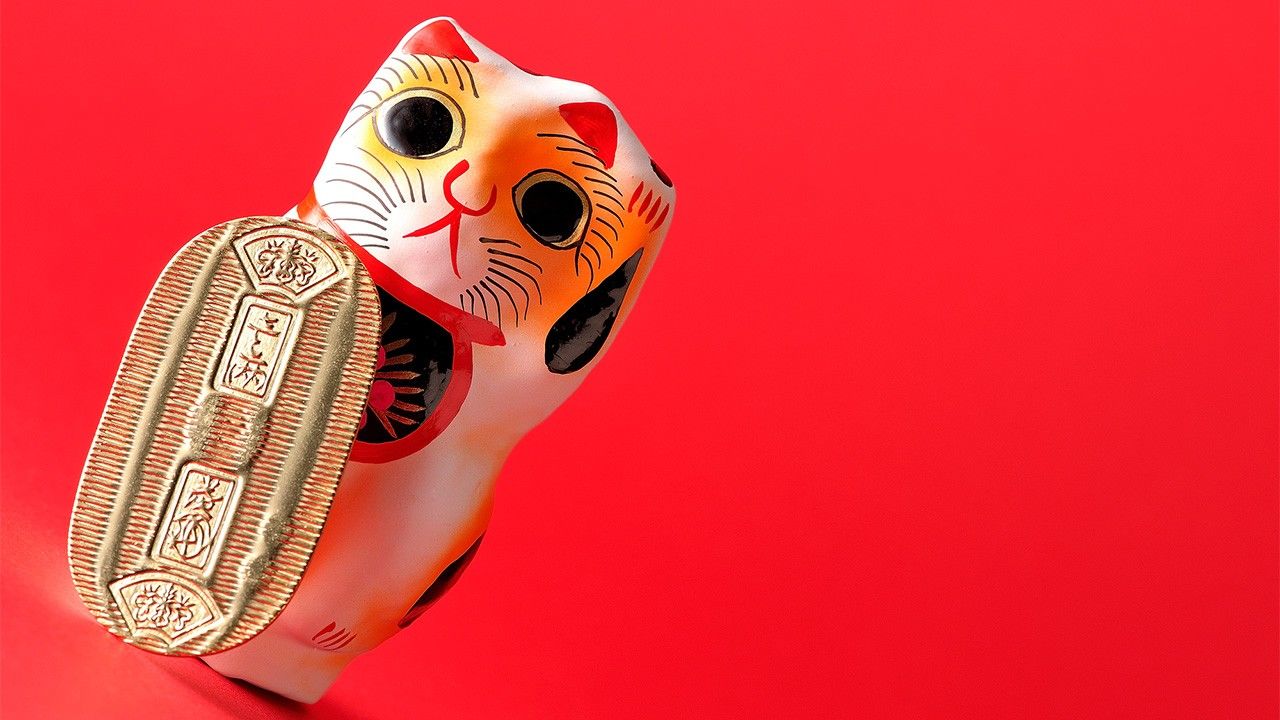 Language Culture Aug 23, 2022
Whether baffled by riches or picking up sticks, cats and dogs make their appearance in a number of Japanese proverbs.

Cats are popular pets in Japan, but as the following proverbs underline, they are not necessarily associated with practical contributions.

猫に小判 — Neko ni koban. The koban was a gold coin in the Edo period (1603–1868), and “giving koban to a cat” means providing something to someone who does not understand or appreciate its value, and thereby cannot benefit from it.

猫に鰹節 — Neko ni katsuobushi. Meanwhile, katsuobushi are dried bonito flakes. This phrase, meaning “placing katsuobushi alongside a cat,” imagines placing the tempting fishy treat next to the animal, and represents a dangerous situation or one where a high level of vigilance is needed.

猫の手も借りたい — Neko no te mo karitai. To say that one “even wants to borrow a cat’s paws,” despite knowing this feline companion is not going to help out very much, is a way of describing how extremely busy one is.

Among the next mixed bag of sayings are those that emphasize cats’ diminutive and cute side.

猫の額 — Neko no hitai. A “cat’s forehead” is used to refer to something that is extremely small, such as, commonly, a garden or plot of land.

猫をかぶる — Neko o kaburu. To metaphorically “put on a cat” or act like the animal is to pretend to be quiet and harmless, hiding one’s true nature. It also describes someone putting on an air of innocence.

猫も杓子も — Neko mo shakushi mo. When saying that all kinds of people were present at an event, one English phrase is “Every Tom, Dick, and Harry.” The Japanese equivalent is to say that “even cats and ladles” were there.

Turning next to the canine side of things, we see that dogs are connected with various kinds of quarrels in some Japanese proverbs, whether as participants or spectators.

犬猿の仲 — Ken’en no naka. To have a relationship “like dogs and monkeys” means to be hostile to each other or on extremely bad terms.

犬の遠吠え — Inu no tōboe. When someone criticizes other people behind their backs, this backbiting may be compared to the “distant howls of a dog,” which does not want to approach close enough to get in a real fight.

夫婦喧嘩は犬も食わない — Fūfu genka wa inu mo kuwanai. Arguments between husbands and wives are often sparked by small causes that are difficult for outsiders to understand, and quickly resolved. In Japan, there is a saying that “even dogs do not eat marital quarrels.” Dogs are well known for not being fussy about what they gobble down, but even they do not “eat” (or get involved in) the altercations of married couples. The saying advises people, too, to keep their distance.

There are two sides to everything, as this final set of proverbs demonstrates.

飼い犬に手を噛まれる — Kaiinu ni te o kamareru. Dogs are typically loyal pets, so being “bitten in the hand by one’s own dog” is symbolic of betrayal by a trusted subordinate.

犬が西向きゃ尾は東 — Inu ga nishimukya o wa higashi. “If a dog faces west, its tail is in the east.” This is a way of saying someone is stating the obvious.

犬も歩けば棒に当たる — Inu mo arukeba bō ni ataru. “If a dog takes a walk, it will find a stick.” This old proverb can be read in two different ways. According to one reading, the dog gets hit with the stick, and so the phrase warns that stepping forward brings the risk of disaster. However, in another, contradictory reading, the stick is the plaything that dogs love to carry around. In this interpretation, it is better to take action than do nothing, as it might lead to reward.

(Originally written in English. Banner photo: A cat with a koban. © Pixta.)