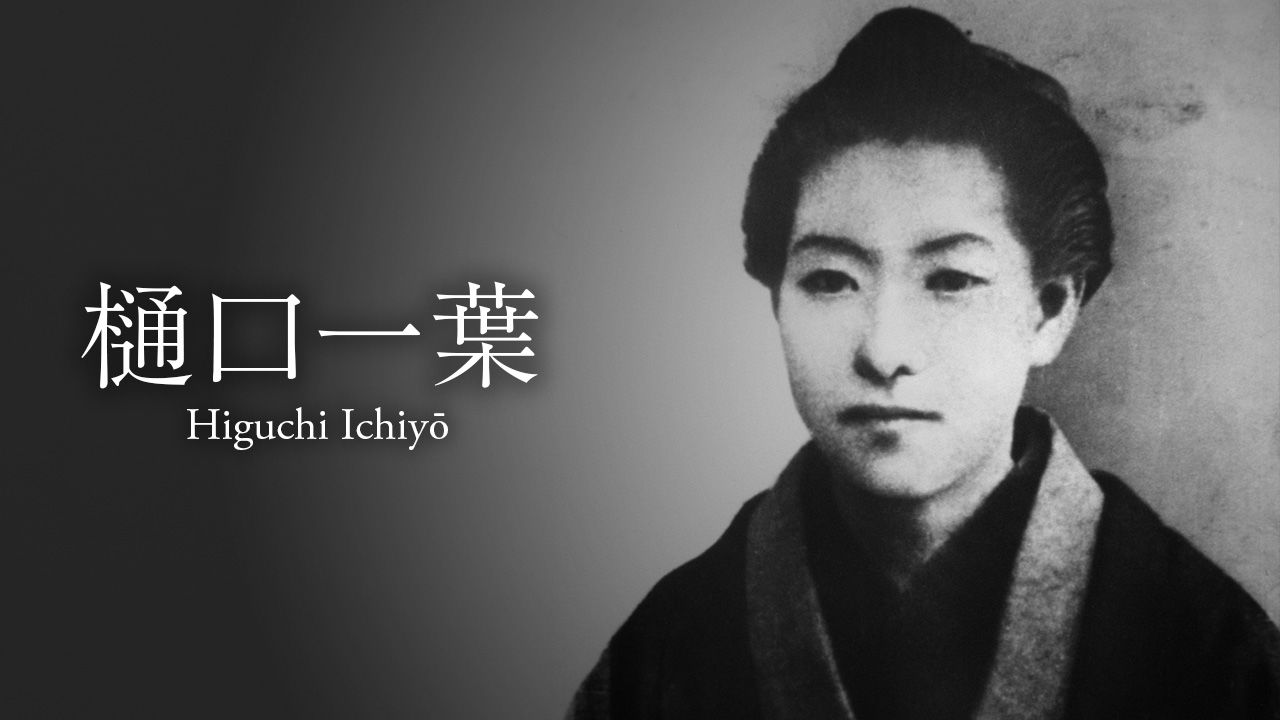 Culture History May 2, 2022
Despite poverty and illness, Higuchi Ichiyō was one of the pioneers of modern Japanese fiction, writing stories that established her place in the nation’s literary canon before she died at the age of 24. The year 2022 marks 150 years since her birth.

The writer Higuchi Ichiyō was born as Higuchi Natsu in what is now Chiyoda in Tokyo 150 years ago, on May 2, 1872. She went from relative wealth to poverty, and obscurity to fame in a life full of drama as Japan’s first female professional writer before she died at the age of just 24. Her best-known works include “Takekurabe” (trans. “Child’s Play”), “Nigorie” (trans. “Troubled Waters”), and “Jūsan’ya” (trans. “The Thirteenth Night”) (all translated by Robert Lyons Danly). Due to her early death, she only wrote 24 stories. While her diaries are also of literary interest and she left copious waka poems, only a slim volume of her short stories is readily available today. Her classical literary style can make her seem difficult to approach, but she is highly regarded, and research into her oeuvre from various angles continues in the twenty-first century. Since 2004, her portrait has appeared on the ¥5,000 banknote, and her major works have been translated into contemporary Japanese by writers like Matsuura Rieko and Kawakami Mieko.

Ichiyō’s parents were farmers from what is now Yamanashi Prefecture who eloped to Edo (now Tokyo). They worked hard, and her father Noriyoshi won status as a shogunate vassal, although in the following year of 1868, the shogunate fell with the Meiji Restoration. Even so, as Noriyoshi was now a former samurai, he was able to get a position under the Tokyo government, allowing him to build a relatively prosperous household. After one girl and two boys, Higuchi Ichiyō was born in 1872, followed by another daughter two years later.

Her mother Taki did not believe that education was necessary for girls. Ichiyō was an enthusiastic reader from a young age and studious, but her mother made her stop attending school at age 11 to help with the housework. Her father opposed this decision and wanted her to study further, but Ichiyō was a quiet girl, unable to express her wishes. She wrote in her diary of giving up her studies in floods of tears. After this, she took correspondence courses in waka poetry and continued to learn alone at her desk. She was very short-sighted, so she did not like sewing and other manual work.

Observing her silent persistence in study, Ichiyō’s father sent her to waka classes at the Haginoya academy run by Nakajima Utako. Many upper-class children attended this school, learning about waka and calligraphy, and writing poems according to set themes. Ichiyō showed a remarkable talent, standing out for her waka. Among the other students was Tanabe Kaho, who later married the philosopher Miyake Setsurei. Tanabe made her literary debut in 1888 with the story “Yabu no uguisu” (trans. by Rebecca Copeland as “Warbler in the Grove”), and made a great impression on the 16-year-old Ichiyō.

The summer of 1889, when Ichiyō was 17, was a major turning point in her life. Her father died of illness, leaving debts from a failed business venture. He had raised capital through moneylending and a real-estate business on the side of his government job, but his attempt to start up a wagon transportation contracting association foundered, and his worries brought on a terminal decline in his physical health. Afterward, Ichiyō was pressed to pay off the debts, as her oldest brother had already passed away, her older sister was married, and she could not rely on her second oldest brother, who was a craftsman. For several months, she worked at the Haginoya academy as a kind of servant, and her mother and younger sister took on work like washing and needlework, as the household faced economic hardship. Extreme poverty brought multiple visits to the pawnshop even as it encouraged her toward the goal of becoming a writer.

Through a connection, in the spring of 1891 (when she was 19) she became a follower of Nakarai Tōsui, who wrote stories for the Tokyo Asahi Shimbun newspaper. Around this time in Japan, newspapers had fiction writers on staff, including Ozaki Kōyō, and later Natsume Sōseki. Ichiyō learned from her mentor the basics of how to write popular fiction that would appeal to the public. From her diary, she also seems to have felt some romantic interest in Tōsui, who was a decade older. In March 1892, her debut work “Yamizakura” (trans. by Robert Lyons Danly as “Flowers at Dusk”) appeared in a literary magazine founded by Tōsui. It depicts moments between a young man and girl who have known each other since early childhood, and the death of the girl after pining away from unrequited love. Ichiyō continued to publish new pieces, many of which were conventional tragic love stories. 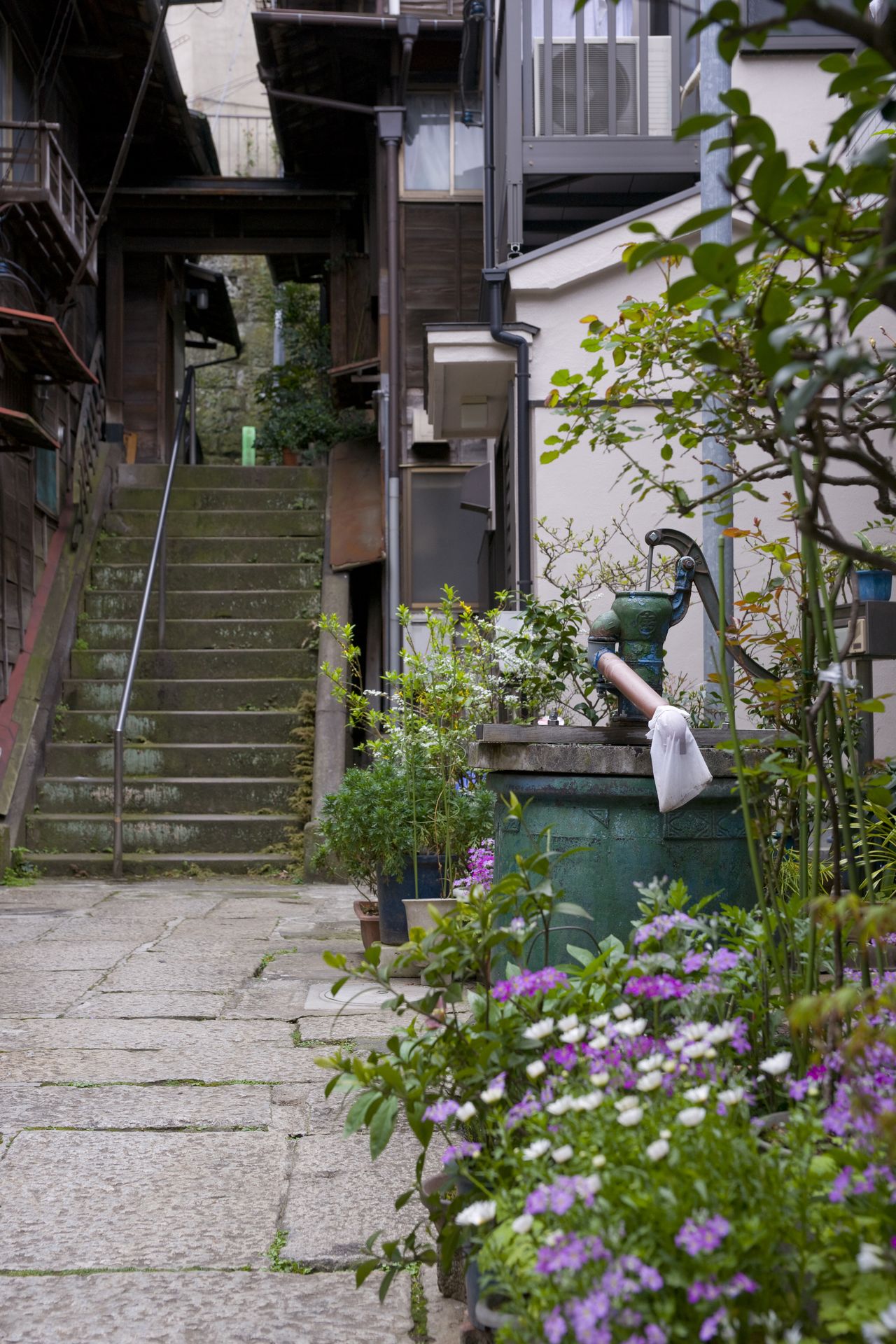 Tōsui did not long continue as Ichiyō’s mentor. After she revealed her feelings for him, her teachers and friends at Haginoya broke off the connection out of concern for her virtue. She continued to find opportunities to publish, such as through magazines introduced by Tanabe Kaho, but won no particular attention, and the family’s financial struggles continued. The Higuchi household decided to try and resolve the issue by starting a business. From their sense of pride as former samurai, they looked for a store on land that was unlikely to be seen by anyone they knew.

Due to their lack of capital, they chose a location in what is now Taitō, Tokyo, alongside the Yoshiwara pleasure quarters. This would later become the setting for “Child’s Play.” They found a small, low-rent nagaya (row house), which served as both a residence and a store selling household goods and cheap sweets. It was a mosquito-infested area with bad drainage and many residents mired in poverty. A rickshaw driver lived next door. Here, Ichiyō encountered different kinds of people that she had not associated with before. What she thought was a beggar dressed in rags outside the store turned out to be a customer. While she was surprised at how many rickshaws she saw heading for the pleasure quarters, she learned that there were many sightseers taking women with them, so the number of visitors did not necessarily mean large profits for the brothels. Their own store was short on funds, and its focus on cheap sweets for children did not translate into much income. While the three women did their best to learn the ropes of their new business, the debts piled up, and the store folded after just 10 months.

They moved to what is now Bunkyō in May 1894. There were many dubious stores in the neighborhood; just next door was the kind of sake shop that might appear in the later story “Troubled Waters.” Ichiyō became friendly with the women who worked there, who would ask her to write letters for them to the customers or tell her about their lives. While her mother and sister continued to earn money by plying their needles, at the house in Bunkyō, Ichiyō wrote from a desperate necessity, achieving fame through a number of unique works completed in what became known as “the miraculous 14 months.”

Stories of the Vulnerable

Even after the family started its business beside Yoshiwara, Ichiyō did not give up on writing fiction, as she was asked for contributions by people involved with the Bungakukai magazine. Sometimes, she left her sister in charge of the store when she went to the library. Her immersion in a completely different environment led her to consider people in precarious situations and fostered a change in the subjects of her stories.

Modern Japanese fiction has its beginnings in the assertion by Tsubouchi Shōyō, who had studied English literature and drama, that the mission of literature is to reproduce human psychology. Yet Shōyō’s Tōsei shosei katagi (Portraits of Contemporary Students), Futabatei Shimei’s Ukigumo (trans. by Marleigh Grayer Ryan), and Mori Ōgai’s “Maihime” (trans. by Richard Bowring as “The Dancing Girl”) all center on middle-class intellectuals. Around the time of the Sino-Japanese War of 1894–95, when economic divides and strains were growing, there was a boom in fiction focusing on the vulnerable people who made up most of the population. Newspapers and magazines carried series that introduced the lives of residents in urban slums, deploring their miserable conditions, and raising social interest in the poor. One might say that Higuchi Ichiyō was part of this movement. She was also greatly influenced by the progressive young people who gathered around Bungakukai.

Ichiyō’s masterpiece “Child’s Play” is about how a beautiful 14-year-old girl becomes a prostitute in Yoshiwara, telling of how she comes to face up to that fate. Most girls entered the sex trade after being sold by their parents. The story is lyrical but cool-headed in its depiction of how other neighborhood children cruelly trample on the little time that remains to the lively heroine Midori. She is twice hurt by schoolmates like Chōkichi and Shinnyo (also known as Nobuyuki), facing humiliation and the pain of rejection by one she has come to love. Finally, on the day of the temple fair, she realizes that her time of childhood freedom is over and greatly changes in the way she acts. The work was acclaimed by Mori Ōgai and other literary giants of the day, and ensured Ichiyō’s position in the canon. 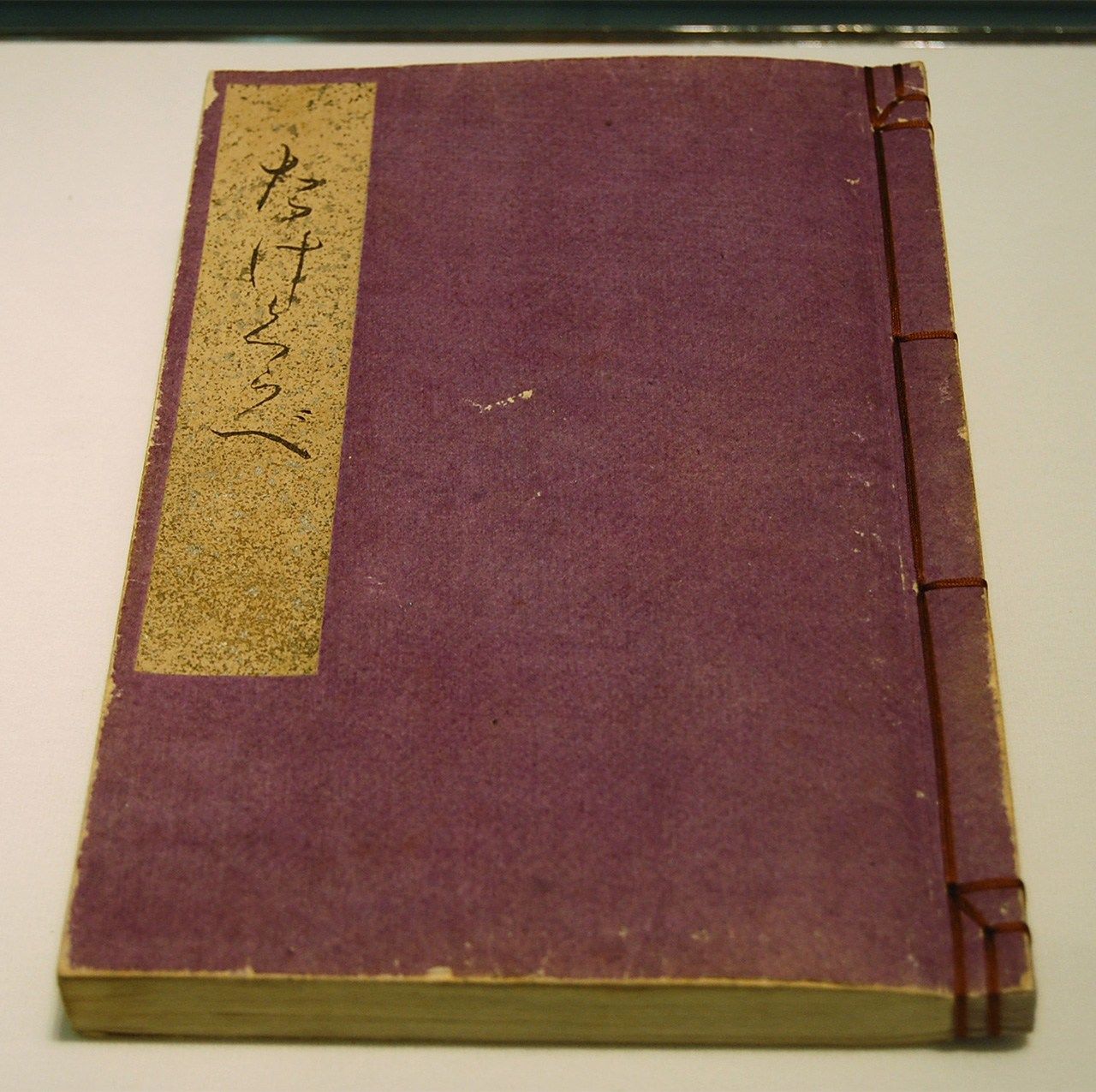 In “Troubled Waters,” Oriki is a popular sake-shop waitress who was having an affair with a married man called Genshichi until around one year before, when he went bankrupt. Now, she has started seeing another wealthy customer, but just after readers learn of her loneliness and impoverished upbringing, she is stabbed by Genshichi, who had been stalking her.

“The Thirteenth Night” is about a woman who married a bureaucrat drawn by her beauty, and has since suffered seven years of domestic violence. It shows the pain and suffering of a powerless life, as she wishes to leave him, but cannot see how to get away.

From just these descriptions of her most famous stories, one can see how she dug down to reveal the harsh realities for women in the Meiji era (1868–1912). The works also vividly portray the breakdowns in communication between men and women. The overwhelming loneliness of the heroines moves the hearts of readers, and the tragic themes have a universality that remains affecting to the present day.

Ichiyō died from tuberculosis on November 23, 1896, at the age of 24. Her stories leave many points unexplained, and readers must use their imaginations to supply plot details and the characters’ feelings through multiple encounters with the text. This is another major attraction of Ichiyō’s stories.

(Originally written in Japanese and published on May 2, 2022. Banner image: Portrait of Higuchi Ichiyō. © Jiji.)