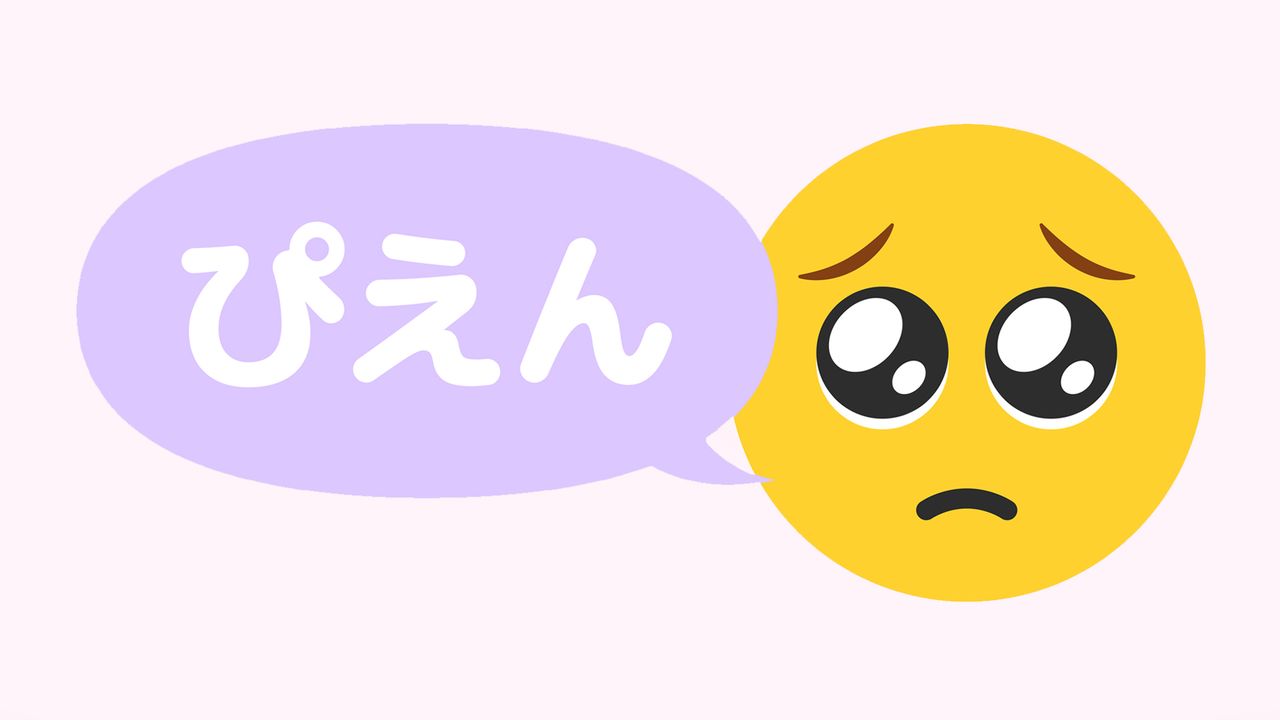 Endearing Dejection: “Pien” Picked as One of Japan’s Words of 2020

Language Society Dec 11, 2020
Many of the words of 2020 chosen by dictionary publishers were connected with the COVID-19 pandemic, but there was one unexpected, and unexpectedly adorable, winner.

It was a tough year for many in 2020, but dictionary publisher Sanseidō selected the cutest of distressed voices for its word of the year. Pien, which took off in popularity among young Japanese people, represents the sound of crying to express mild sadness or disappointment. In online usage, it is frequently paired with the puppy eyes of the “pleading face” emoji (🥺).

Unlike the “Words of the Year” contest or the ranking of the most searched keywords online, dictionary publishers aim to pick terms that will stick around. In a year dominated by COVID-19, words related to the pandemic stood out, but Sanseidō chose to make a less obvious selection. Dictionary compiler Ono Masahiro commented as follows.

When you’re feeling troubled or when things don’t go your way, this is a word to express that slightly despondent feeling. For example, “I came to the store everyone’s talking about, but it’s closed today. Pien.”

Compared with the passionate wailing of bien, it’s an onomatopoeic term that represents a more endearing, tearful voice. It can also be used as an adverb, such as in pien toshita kaotsuki, an endearingly dejected expression.

The second to fourth positions in Sanseidō’s list, however, were connected to the pandemic.

The authorities called on residents to wear masks and show self-restraint (jishuku) for example by refraining from going out. Some members of the public, seen as overzealous in unofficially working to enforce these policies, were dubbed keisatsu (police), which was the second-ranked word on the list, as part of the compounds masuku keisatsu—self-appointed “mask police” warning those around them to cover up their faces—or jishuku keisatsu.

Rimōto (remote) was an alternative to onrain (online) as seen in phrases like rimōto kaigi (virtual meetings), rimōto kisei (online visits to the family home) and rimōto nomi (remote drinking, with friends coming together via online networking tools to share a few glasses). However, its adaptability to abbreviation, as in rimobae (looking good remotely/online), a portmanteau of rimōto and haeru (to shine or stand out), gave it an extra edge.

Six more terms were selected for a special COVID-19 group separate from the top 10: sōsharu disutansu (social distance), sutei hōmu (stay at home), kurasutā (cluster), rokkudaun (lockdown), Amabie (a supernatural spirit that purportedly protects against disease), and shushi (a word for “fingers” often used when pressing home the need to wash them thoroughly). The publisher stated hopes that with the passing of the pandemic, there would be no need to include them in the dictionary.

Rival dictionary publisher Shōgakukan chose the phrase san mitsu (three Cs) as its word of the year. As runner-up, it picked koronaka, a word meaning literally “coronavirus calamity” that was often used to refer to the pandemic. 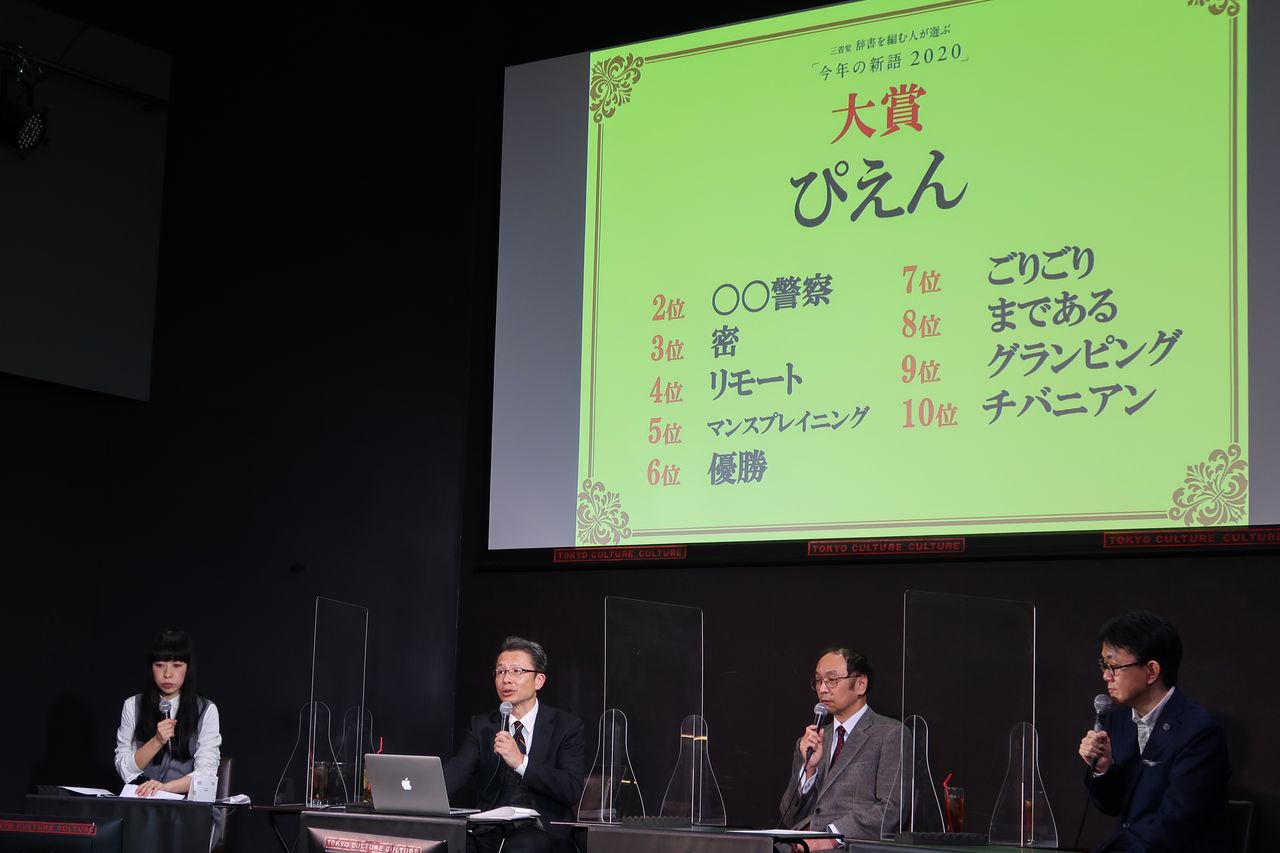 Shōgakukan’s Top New Words of the Year for 2020

三密 — San mitsu [Winner]. The “three Cs” to avoid in the phrase devised to reduce the risk of infection.

コロナ禍 — Koronaka [Runner-up]. The “coronavirus calamity” was one of a number of common phrases in 2020 that used korona to refer to COVID-19, including uizu korona (with corona) for the period when people must live alongside the ongoing pandemic, and afutā korona (after corona) looking ahead to when it is over.