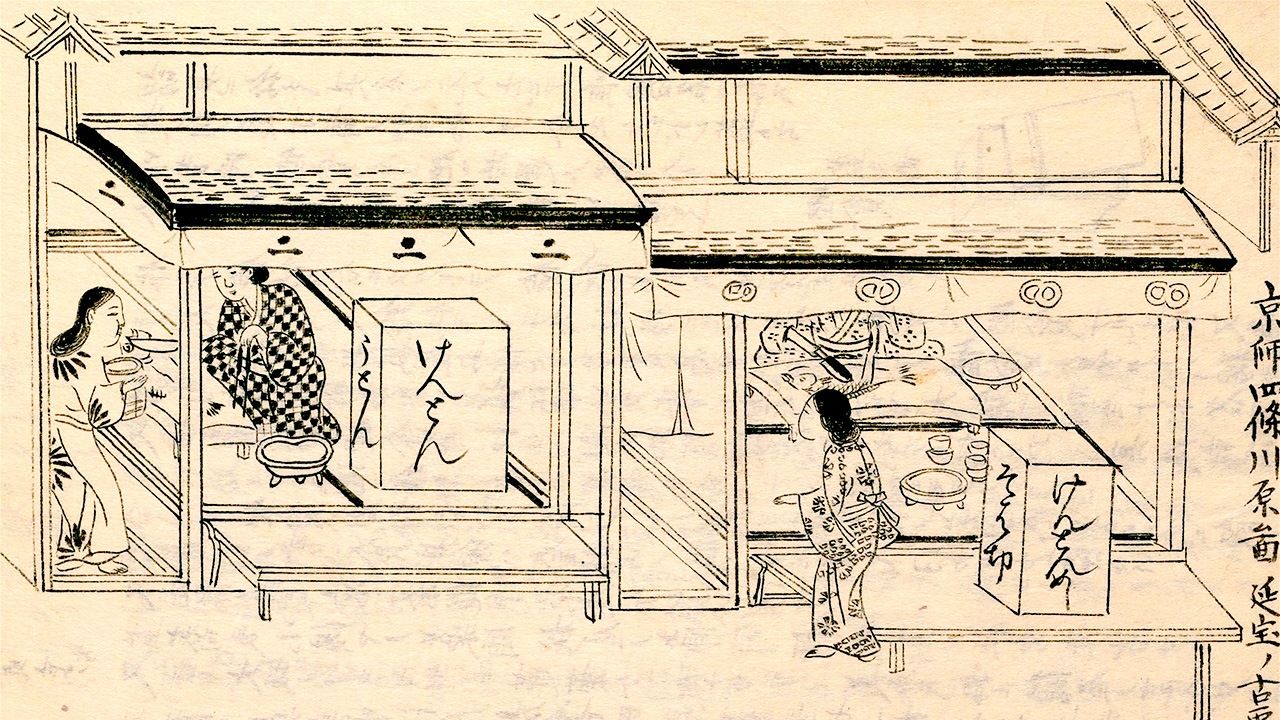 Some Prefer Noodles: Soba and Udon in the Edo Period

History Culture Nov 20, 2020
Noodles were a popular dish in Japanese cities during the Edo period (1603–1868), and soba stalls were particularly prevalent in Edo to feed the large numbers of men living alone there.

Soba in the East, Udon in the West

The encyclopedic Edo period (1603–1868) work Morisada mankō (Morisada’s Sketches) examined various differences between east and west Japan. In the realm of food, and noodles in particular, author Kitagawa Morisada noted that there had been soba shops in Edo (now Tokyo) since the middle of the seventeenth century. At the same time, udon noodles were more popular in Kyoto and Osaka. Today, it is said that Kantō people prefer soba, while Kansai folk like udon, and this broad difference in tastes dates back for centuries.

In Edo, soba piled in a seiro or steaming basket and served with tsuyu dipping sauce was called mori, like today’s mori soba. There was also kake in which soba was served in a bowl with hot broth poured over it. 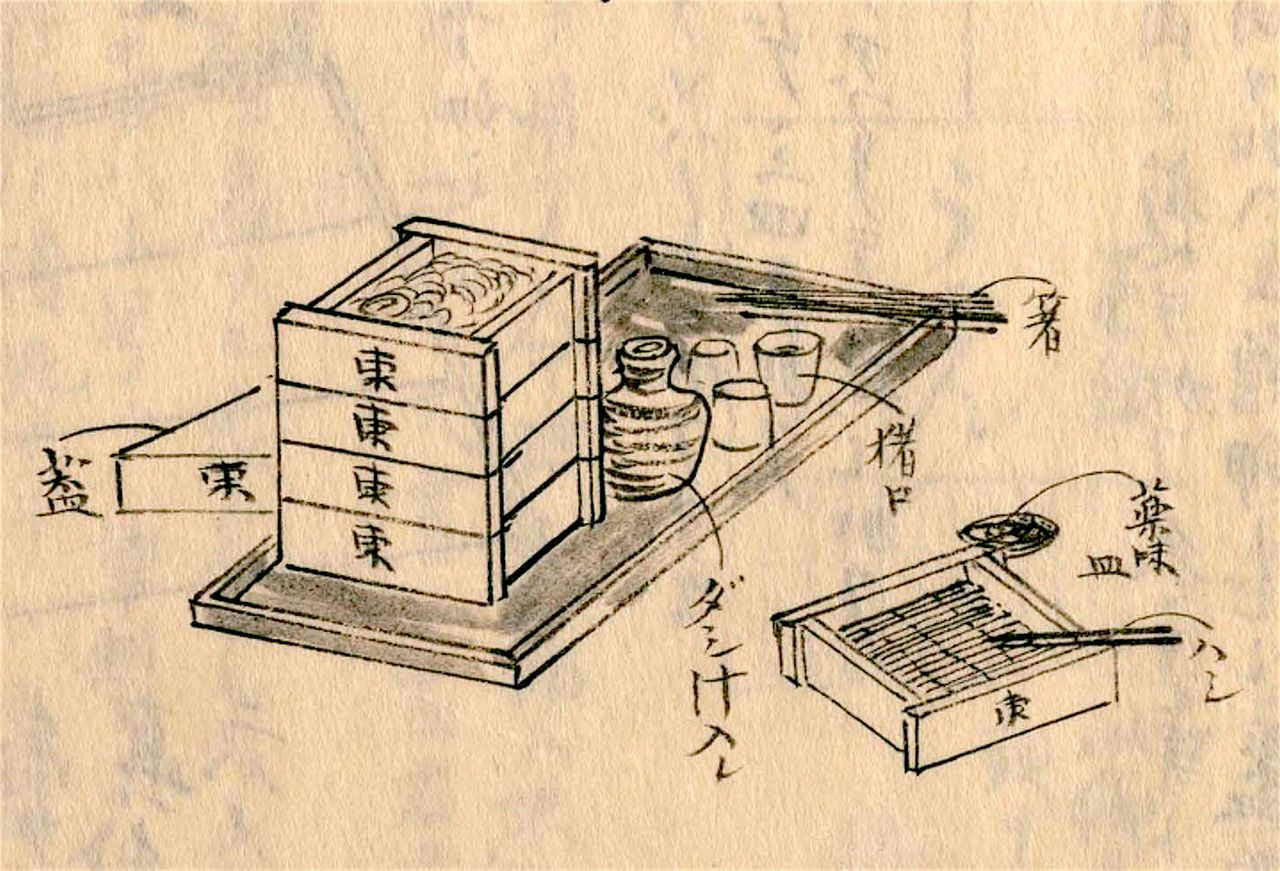 Mori soba in Edo, served in boxes rather than in dishes, with dipping sauce.

Both udon in Kyoto and Osaka and soba in Edo were known as nihachi (literally “two-eights”). Today, soba made with two parts wheat to eight parts buckwheat is called nihachi, but udon is not given the name, as it is made with 100% wheat.

One theory goes that the original meaning of the word nihachi had nothing to do with its ingredients and was related to its price of 16 mon (equivalent to around ¥520 in current coinage). The cost of two times eight mon was the same for both western udon and eastern soba. This lines up better with all-wheat udon being known as nihachi, and is the explanation given in Morisada’s Sketches.

Incidentally, the arithmetic book Jinkōki (Treatise on Numbers Great and Small), an Edo period bestseller, included multiplication tables. Although it is unclear how far ordinary citizens would have known them, this must have been essential knowledge for merchants.

When inflation came to noodles, and the price rose to 24 mon by the mid-nineteenth century, however, they were still known as nihachi, rather than sanpachi, or “three-eights.” 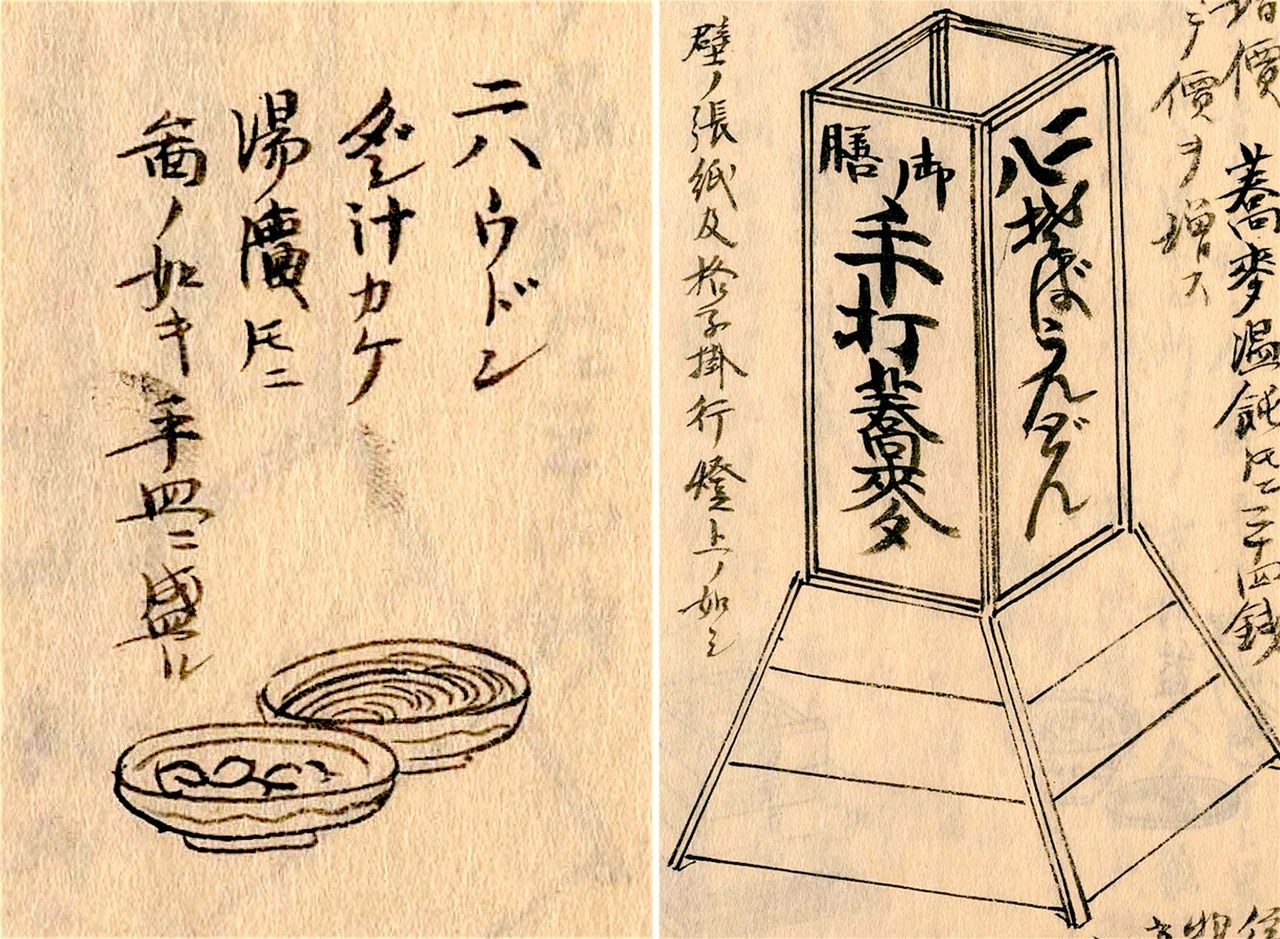 Nihachi udon, as served in Kyoto and Osaka on flat dishes (left); a sign for an Edo soba shop (right). 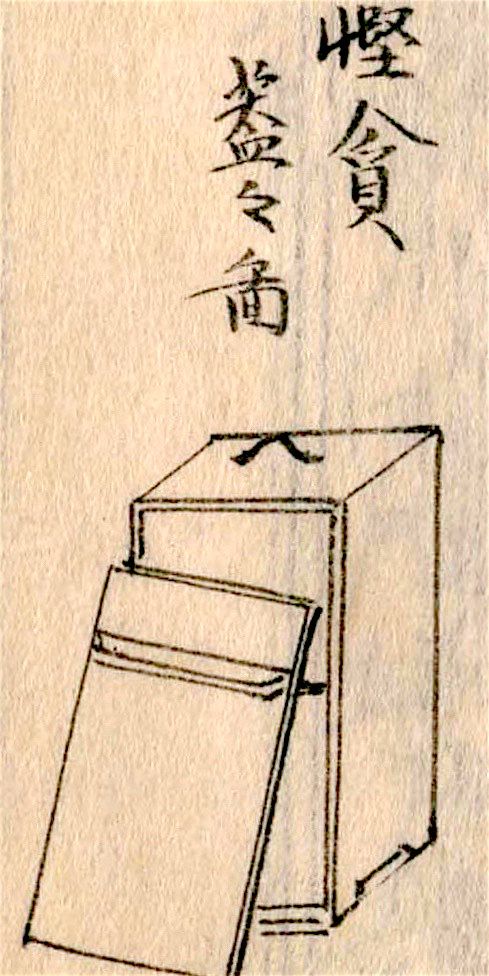 A kendonbuta box for delivering noodles.

Like today, broth in Kansai was typically light in flavor compared with the stronger broth of Kantō. Morisada declined to judge which was superior, but as he wrote about the presentation in detail, he thought that the Kansai variety was for drinking, while that from Kantō was for dipping the soba.

Morisada writes that both forms of noodles were also known as kendon. The Buddhist term kendon refers to a stingy, covetous nature, and it came to be applied in turn to the cheap meals. In the last years of the Edo period, the word had all but disappeared, apart from in describing the kendonbuta, or boxes used to deliver the noodles. But it still lives on today in the term kendonbako for the spring-stabilized metal boxes attached to a rack on the backs of delivery motorbikes.

For every noodle shop in the shopping streets of Kyoto and Osaka, there would be four or five in Edo. Demand was greater in the eastern city.

This was due to the sheer number of men in Edo. While there are various estimates, it is thought that there were 1.8 men for every woman. This included many single men from the provinces who had come looking for work, as well as the samurai vassals obliged to spend every other year in the city with their daimyō under the sankin kōtai system instituted by Tokugawa Ieyasu. Their wives, who normally took charge of cooking, were left behind in the domains.

Soba shops proved useful for feeding these hungry men. Many of them operated as yatai food stalls. These were known as yotaka soba vendors.

Yotaka was a word for a kind of prostitute. Unlike the sex workers in the shogunate-approved pleasure quarters of Yoshiwara, yotaka were illegal and had to attract their customers discreetly.

The yotaka soba stalls are said to have taken their name from these prostitutes being among their customers. They were also illegal. Huge conflagrations like the 1657 Great Fire of Meireki were a regularly occurring disaster, and the shogunate banned the use of fire at yatai in 1686. Despite operating outside the law, though, yotaka soba stalls flourished.

Observing their success, around 1716 a soba shop applied for an official license to run a yatai, and this led to a growth in legitimate soba stall business. 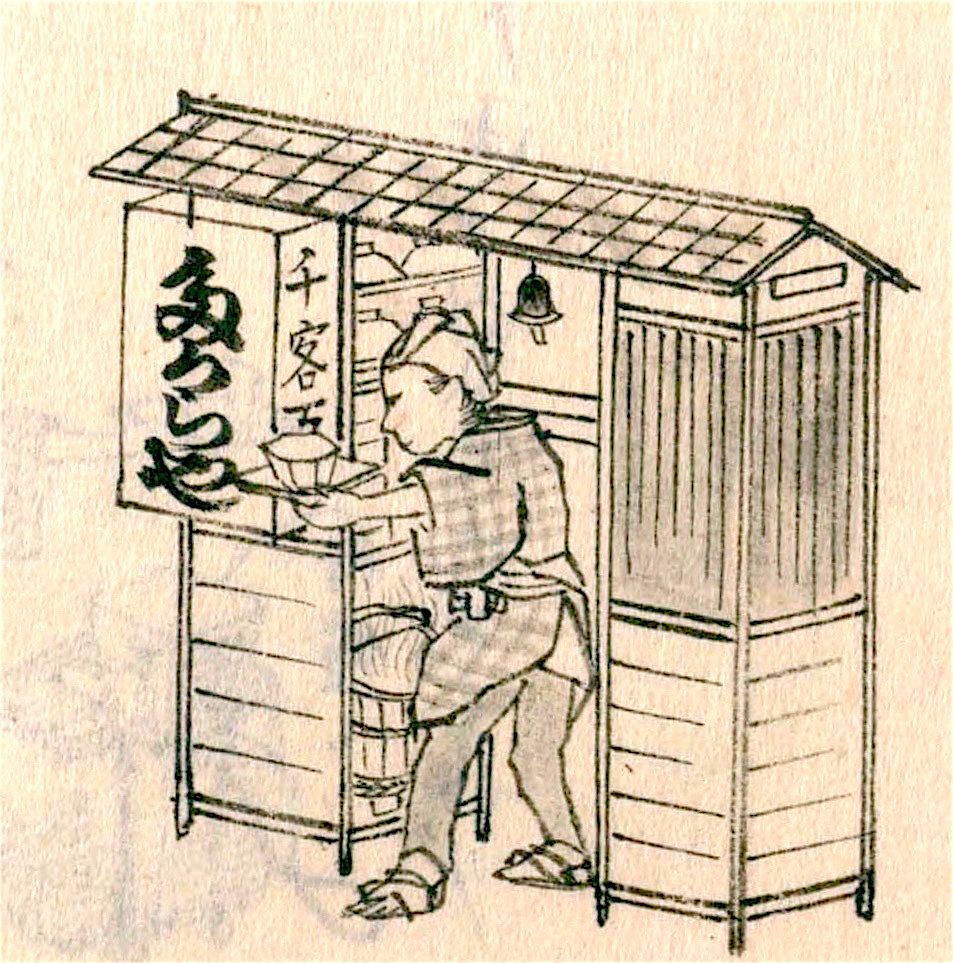 While it is unthinkable that all the yatai took steps to be properly licensed, they popped up across the city, staying open until late at night. They must have been a welcome sight to many men living alone, filling a role somewhat like today’s convenience stores.

The soba stalls became a familiar feature of the Edo landscape. (Indeed, food stalls satisfied Edoite appetites with sushi, eel, and tempura, in addition to soba, as modern Japanese cuisine took shape.) Morisada wrote that they would always have wind chimes hanging on them. For Morisada, born in western Japan, the stalls, accompanied by their tinkling music, must have been fascinating.