Distilling the Secrets of Japanese Whisky

Food and Drink Jun 22, 2018
Japanese whisky has gone from strength to strength in recent years, winning popularity among drinkers around the world and garnering prizes in international competitions. A new book in English by the aficionados Brian Ashcraft and Kawasaki Yūji provides an overview of the Japanese drink’s history and tips on delicious selections that won’t break the bank. 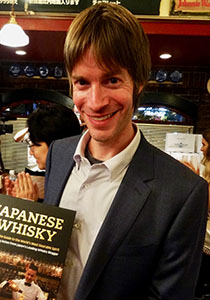 Author and journalist. Born in Dallas, Texas, in 1978. Studied art history at Cornell University. Moved to Osaka in 2001 and began teaching English. Started writing for Wired in 2003 and began writing full-time in 2005 for video game news site Kotaku, where he is now a senior editor. Writes columns for the Japan Times and has authored or coauthored five books, including Japanese Whisky: The Ultimate Guide to the World’s Most Desirable Spirit (2018) and Japanese Tattoos: History, Culture, Design, (2016). 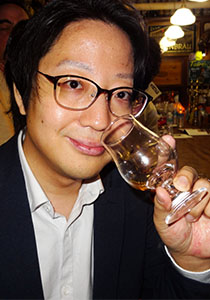 The Toast of the World

Every year, the drinks website TheDrinksReport.com presents the World Whiskies Awards to recognize excellence in whisky. It wasn’t surprising that in 2018 the accolades for the world’s best blended malt and single malt went to Japanese whiskies—Hakushū 25 Year Old and Taketsuru 17 Year Old. For another feather in Japan’s cap, the World’s Best Blended Limited Release Award was presented to Ichiro’s Malt and Grain Limited Edition from the small player and relative newcomer Venture Whisky. 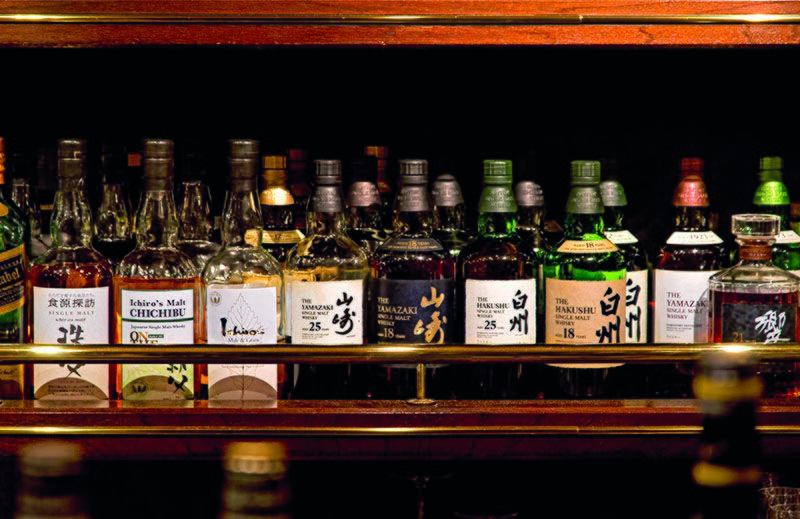 Bottles of whisky are lined up at Bar Cordon Noir in Kyoto.

Ever since Suntory’s Yamazaki 12 Year Old single malt became the first Japanese whisky to win a gold medal at the prestigious International Spirits Challenge in 2003, Japan has gone from strength to strength in whisky making. Awards competitions now have separate categories for Japanese whisky, and Japanese distillers are dominant players on the global scene. Indeed, an Associated Press article that ran in the Independent in 2017 carried a headline that captured just how far upstart Japan has come: “Japan beating Scotland at its own game to become whisky world leader.”

The international recognition of premium Japanese whisky, along with a domestic boom in whisky highballs, caught makers by surprise and brought soaring demand and prices. At one duty-free shop at Haneda Airport, the daily stock of 12 bottles of Suntory Hibiki sells out in 10 minutes every morning, while bottles of Yamazaki are being snapped up for ¥50,000 in Tokyo’s Ginza, according to Nikkei Asian Review. Some buyers are picking up Japanese whiskies as an investment, and Suntory recently announced it will stop selling Hibiki 17 Year Old (featured in the film Lost in Translation) and Hakushū 12 Year Old due to dwindling supplies. Vintage whiskies are now increasingly rare in Japan, and if you walk into a liquor shop these days, you’ll be lucky if you can find any domestic whisky with an age statement. 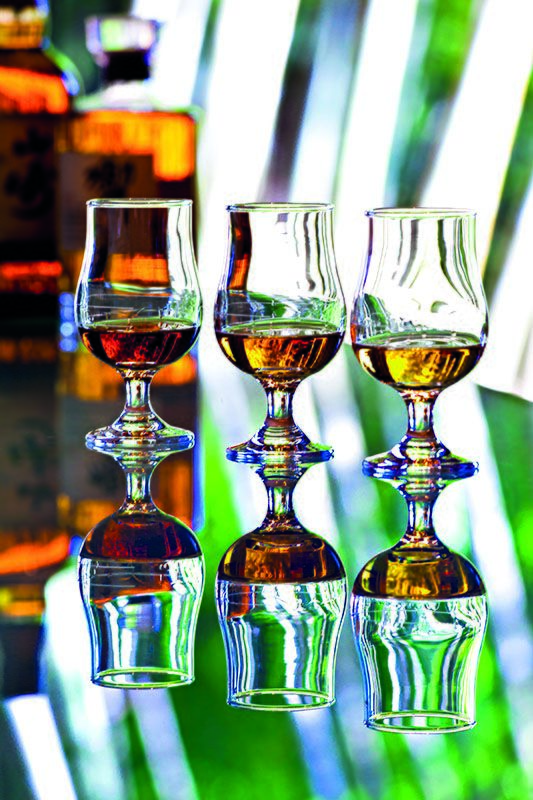 Deep Dive into the Japanese Dram

For those who are intrigued by, or already enamored of, Japanese whisky, there are many questions. When will aged Japanese whisky be available again at more reasonable prices? Are there good alternatives to the most sought-after blends? Perhaps more importantly, what makes Japanese whisky Japanese? The distilling process isn’t Japanese, most makers import their barley, and nearly all woods used for aging Japanese whisky are from North America or Europe. And yet, it has a unique Japanese character.

In their new book Japanese Whisky: The Ultimate Guide to the World’s Most Desirable Spirit, authors Brian Ashcraft and Kawasaki Yūji present the story of Japanese whisky, its unique heritage and production, and advice on which tipples to choose. Lavishly illustrated, the book contains insights about everything from Japan’s barley to casks to whisky bars, and profiles the big brands as well as up-and-coming distillers such as Venture Whisky, founded by Akuto Ichirō in 2004, and its Chichibu Distillery in Saitama Prefecture. 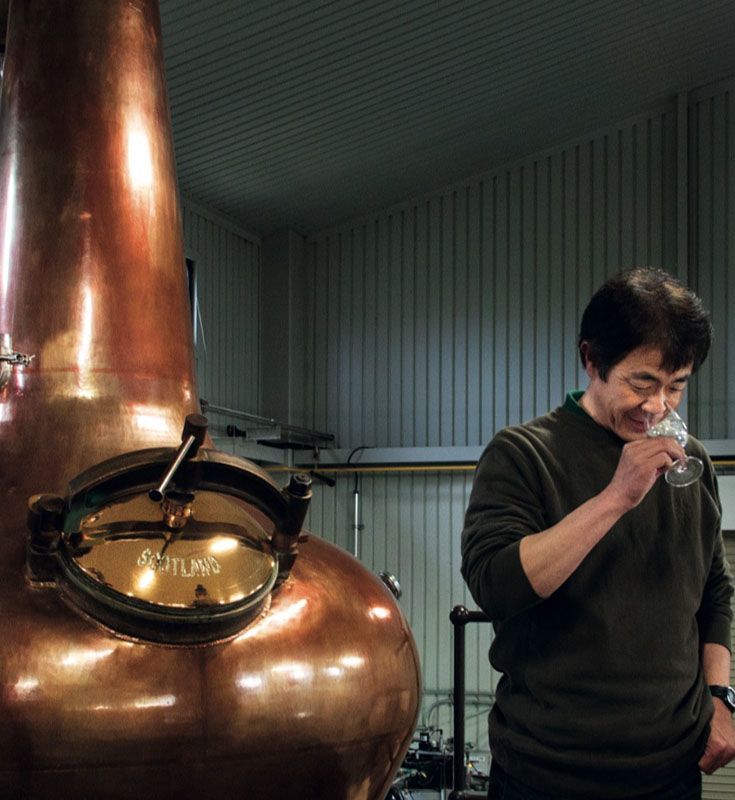 “The simple fact that Japanese people make it makes it Japanese, but it goes beyond that,” says Ashcraft, 39. “In the Meiji period [1868–1912] there was a slogan, wakon-yōsai, or Japanese spirit and Western knowhow. So even if a product made in Japan is superficially the same as one made overseas, it’s going to be something Japanese because of differences in culture, language, food, climate . . . This applies to anything from blue jeans to cameras, cars and trains. There are elements of the culture manifesting in the finished product.”

Part of that is the importance of Shintō. Like its strong connections to sake, Shintō is manifest in the world of Japanese whisky in everything from small shrines, sacred garlands（shimenawa), and torī gates seen at distilleries to the premium placed on purification and cleanliness. A big part of the reason that Japan’s first distillery was founded at Yamazaki between Kyoto and Osaka is the prized natural spring water there, which is even mentioned in the Man'yōshū, the oldest collection of Japanese poetry.

In addition, Japanese whisky benefits from the fact that there are no strict regulations on production, whereas in Scotland, for instance, whisky must be aged in oak barrels for at least three years before it can be called scotch. Japanese distillers respect the outlines of that tradition, but are free to experiment with such elements as using native mizunara oak, cherry, chestnut and cedar for casks. The distilling process in Japan has other quirks—major makers Suntory and Nikka Whisky Distilling tend to do everything in-house and do not cooperate, while Nikka’s Yoichi Distillery is the world’s only whisky-making facility that still fires its stills with coal, lending the amber liquor an additional flavor dimension. 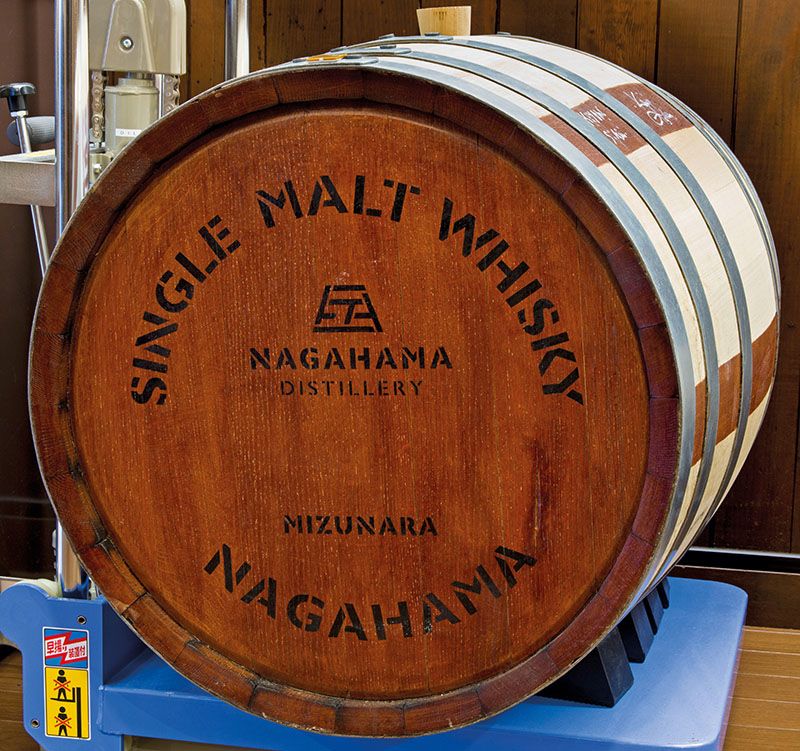 Mizunara is one of the rarest oak trees in the world, and trees must be over 150 years old to be big enough for use in whisky cask-making. Japanese distilleries have used mizunara casks since the 1930s. Aging whisky in mizunara is said to impart notes of coconut, aloe wood, cinnamon, and Asian spices.

Meanwhile, the sake tradition has exerted a strong influence on domestic whisky, with many distillers coming from sake-making families—Venture Whisky’s Akuto is the twenty-first generation of liquor makers in his family, which began brewing sake in 1625. The most famous of these, however, is chemist Taketsuru Masataka, the son of a prominent Hiroshima sake family who founded Nikka and is regarded as one of the fathers of Japanese whisky.

In his book, Ashcraft asks Nikka chief blender Sakuma Tadashi what makes domestic whisky special. His answer: A drive to continually improve instead of merely honoring tradition. “At Nikka, it’s ingrained into everyone that we need to make whisky that is better than scotch,” Sakuma said. “That’s why if we change things, then we can make even more delicious whisky. Perhaps that is the difference with Japanese whisky.” 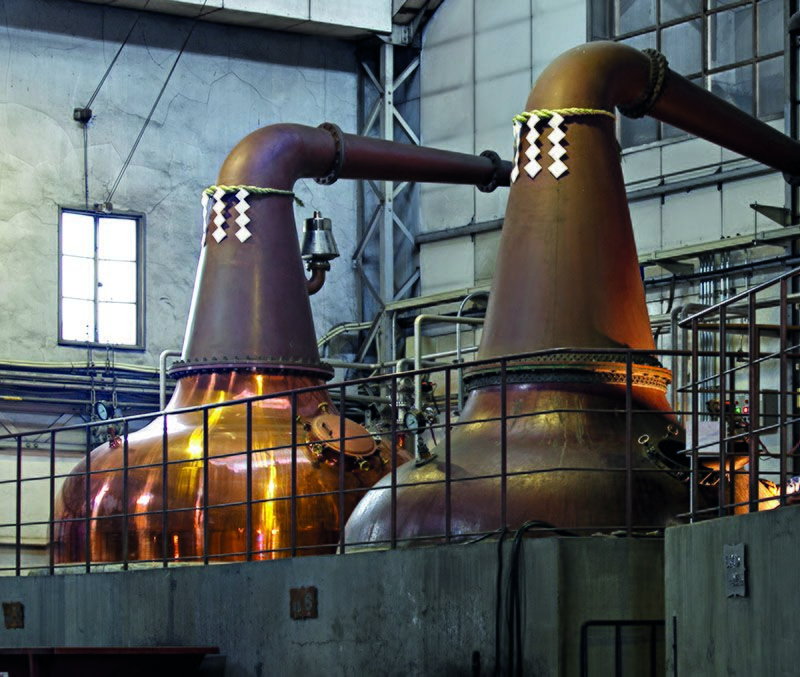 Ashcraft wanted to write Japanese Whisky partly because he lives in Osaka, where Torī Shinjirō founded Suntory and opened Japan’s first commercial whisky distillery, Yamazaki. Ashcraft doesn’t maintain a whisky collection because he believes it should be drunk, not preserved. As such, he’s always on the lookout for a good tipple, and after visiting over a dozen distilleries across Japan as part of his research, he’s eager to share tips on excellent whiskies that don’t have age statements or eye-watering prices. He recommends Hibiki Harmony, Yoichi Single Malt, Kirin Fuji Sanroku, White Oak Akashi Single Malt, and Ichiro’s Malt and Grain World Blended Whisky. 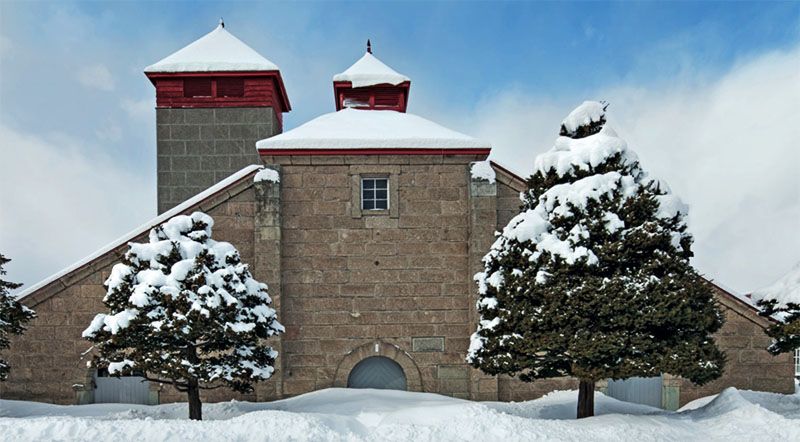 Drinkers can get additional tips from more than 100 tasting notes by whisky blogger Kawasaki. Aside from pointing out aromas, his reviews are replete with colorful turns of phrase. For instance, he likens Nikka’s Miyagikyō Single Malt 12 Year Old to “Japan’s picturesque rural roads and the breezy, cool tunnels that make their way through the mountains,” and Honbo Shuzō’s rare Mars Whisky Malt of Kagoshima H. Bolina to “brand-new calfskin leather gloves.”

“If we describe a whisky like a comfy old pair of jeans, it could convince someone who has never drunk whisky to actually try some,” says Kawasaki, who began his blog to make whisky appreciation more appealing to everyday Japanese people. “If asked about my favorite whiskies, one I wouldn’t hesitate to recommend to people in Japan and overseas is Hibiki. It has very delicate layering of flavors like an orchestra with an overall atmosphere of a tranquil sunlit tearoom.”

Looking to the Future

Despite the supply squeeze, the authors are sanguine about the future of whisky made in Japan. Suntory is building more storage capacity at its distillery in Yamanashi Prefecture and a whisky cellar in Shiga Prefecture. Meanwhile, newer, smaller makers such as Venture Whisky and Honbo Shuzō are helping meet supply shortfalls.

“We had a perfect storm of a product that was made in limited quantities, and then the entire world suddenly became interested,” says Ashcraft. “Makers like Suntory are investing in capacity but the problem is that as soon as you produce it, it needs time and wood. So it just becomes a waiting game. But I think the supply problem has an upside in that it shows how good these guys are at blending their limited stock—the Yoichi non-aged single malt, for instance, has become better and better. In a way, the shortage has been good because it’s focused some of these makers to really show what they can do.”

(Banner photo: Whisky casks lined up in a warehouse at Suntory's Yamazaki Distillery in Osaka Prefecture. All photos © Ueda Idzuhiko).