Culture Jul 12, 2016
The rope tied around a shrine space, or across its entrance, to mark its sacred nature is called the shimenawa. Traditionally woven from hemp, but nowadays more frequently rice or wheat straw, this rope and its shide paper streamers is a common part of New Year decorations as well. 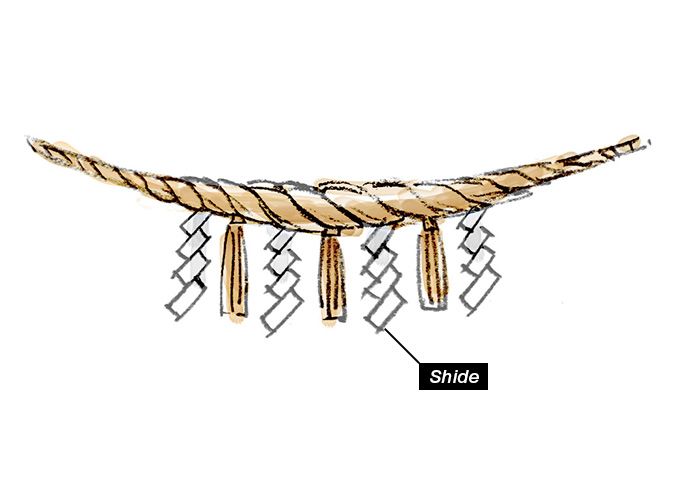 The shimenawa is a special rope tied around or across an object or space to denote its sanctity or purity. Tassels usually hang from the rope at intervals. Suspended streamers known as shide, made from washi (Japanese paper) and folded into zigzag shapes, are another common feature of shimenawa. Shimenawa that are suspended across a space are usually thicker in the center and taper toward the ends, while those tied around a sacred object are generally of a consistent thickness. A shimenawa invariably hangs beneath the eaves of the haiden, and one is frequently affixed to the torii as well, making it one of the first things one sees when visiting a shrine. Shimenawa also encircle sacred trees (shinboku). In Japanese homes, one often sees a shimenawa in front of the household shrine, and it forms the base of the shimekazari, a New Year decoration hung above the front door to welcome the kami of the new year into one’s home.

Traditionally, shimenawa were woven from hemp, but legal restrictions on the cultivation of that plant have led to shortages, and rice straw and wheat straw are more common nowadays. 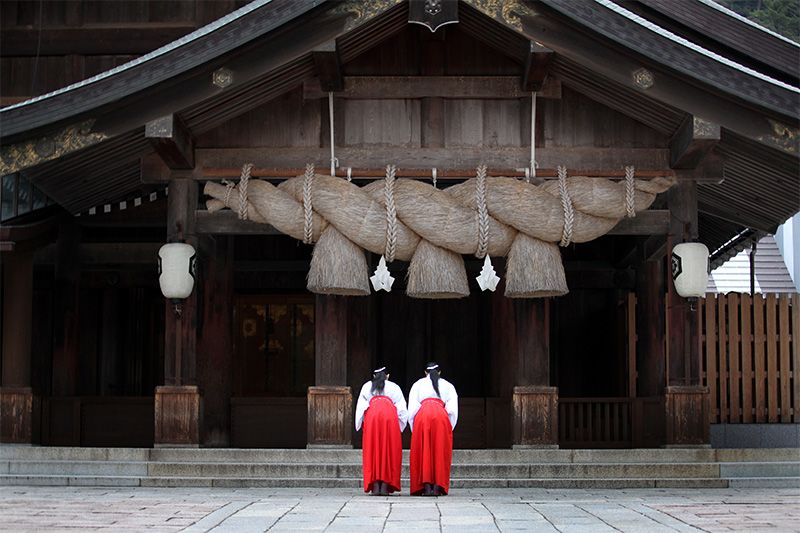 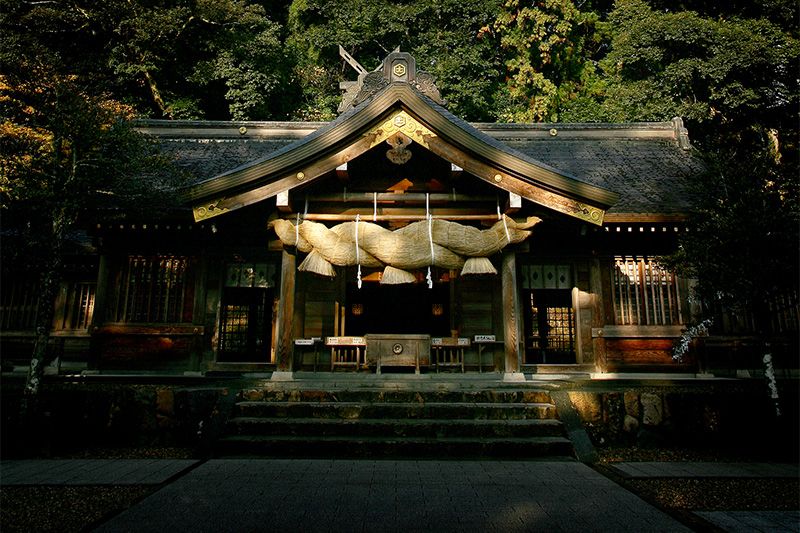