Torii: Gates to the Sacred Spaces

Culture Jun 27, 2016
The torii gate at the entrance to a shrine’s grounds is a sight known to everyone who has visited Japan. Whether made of wood or concrete, unvarnished or painted bright red, the torii is a sign that the worshipper is leaving the profane world behind. 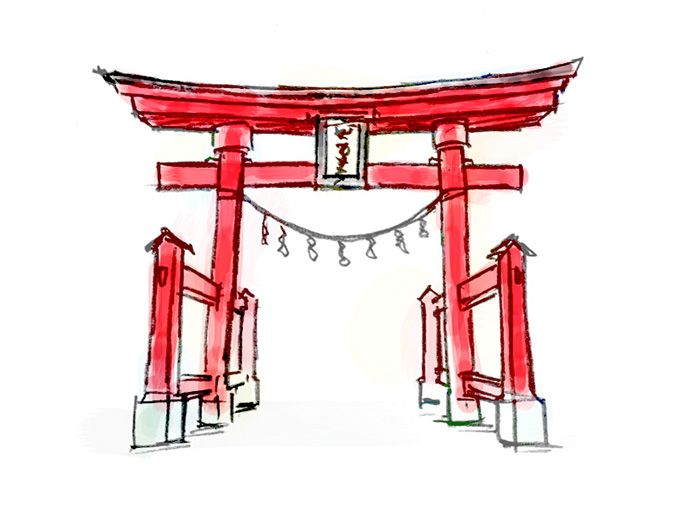 The torii is a gate that stands at the entrance to the sacred area around the shrine. The distinctive form of the torii is recognized by people around the world as an icon marking the presence of a Shintō shrine. This gate signals that you are about to enter hallowed space, and it is customary to bow one’s head before passing beneath it.

The size and number of the torii depend on the scale of the shrine. When a shrine has multiple torii, the outermost, situated at the entrance to the shrine precinct, is typically the largest. It is called ichi no torii, or first gate. Each subsequent gate (ni no torii, san no torii, etc.) marks a transition to ever more sacred space as one approaches the sanctuary.

The basic form of the torii is two posts topped by a lintel called the kasagi and joined by another horizontal member, the nuki, directly beneath the kasagi. Different lineages display their own variations on this theme, such as torii with a rudimentary roof (ryōbu torii) and triple-arched gates (miwa torii). The practice of painting the entire torii bright vermilion is limited to certain shrine lineages, and unpainted wood is typical of most lineages. Stone gates are not uncommon, and torii of metal, concrete, and fiber-reinforced plastic are on the rise. 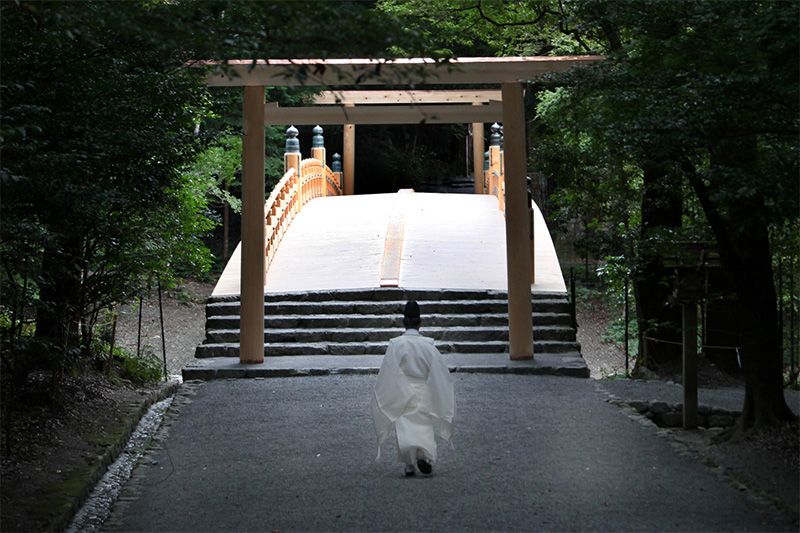 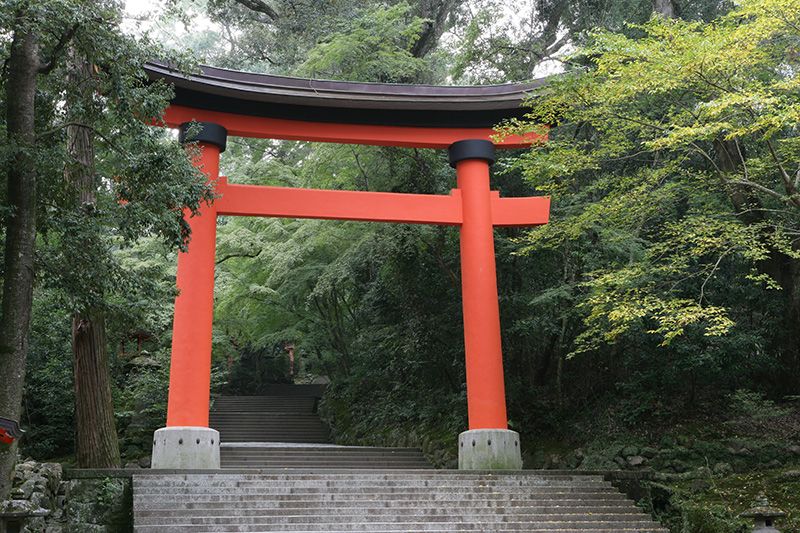 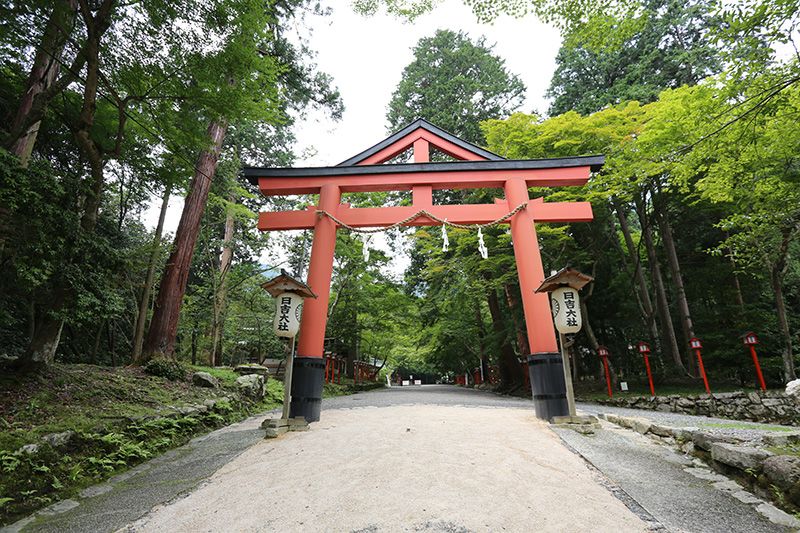 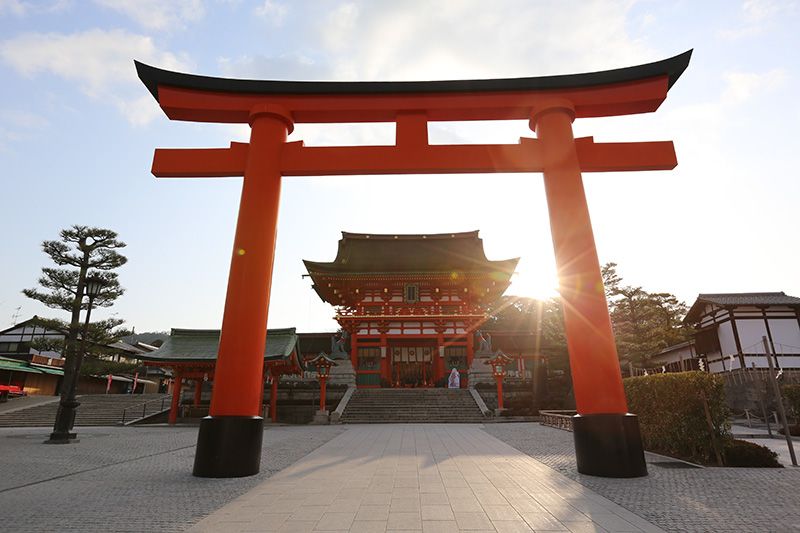 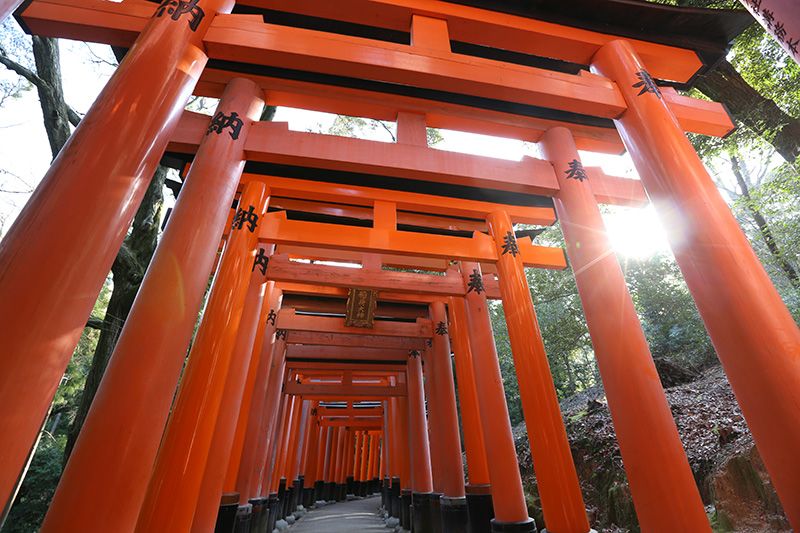 One of the famed torii arcades at Fushimi Inari Taisha, Kyoto 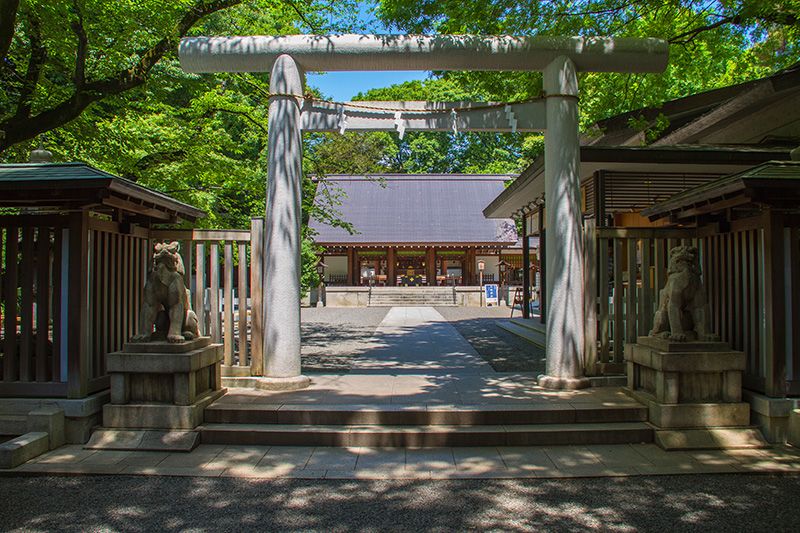 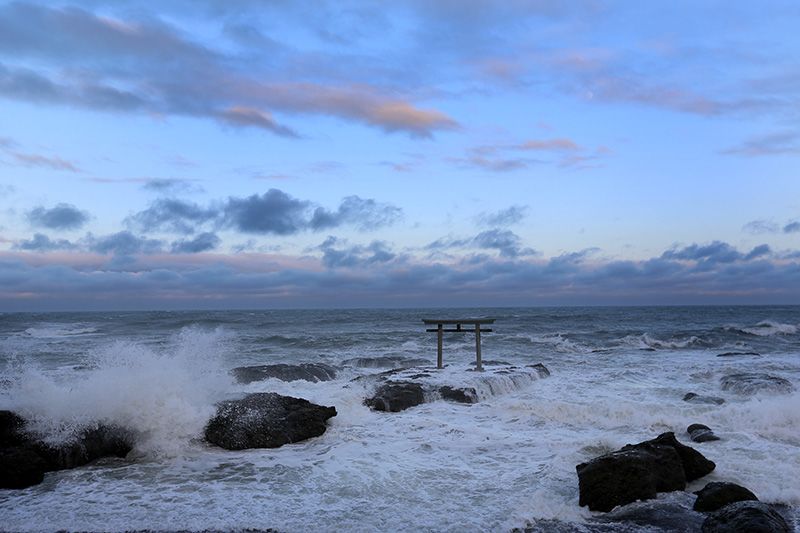 (Photo of Nogi Shrine by Nippon.com. All other photos by Nakano Haruo. Illustrations by Izuka Takeshi.)