Culture Jul 25, 2016
Stone statues called komainu depicting shishi, "lion-dogs," stand at either side of the entrance to the shrine or the haiden worship hall. These fierce guardians are meant to protect the shrine from evil. 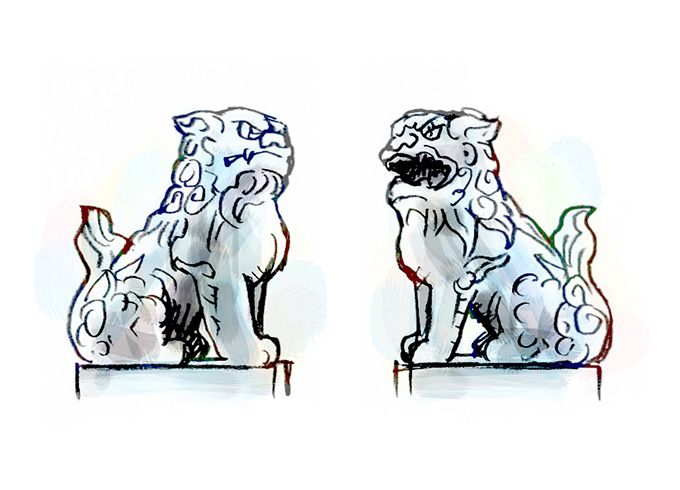 A pair of stone lion-dogs (shishi) often flank the sandō near the entrance to the shrine or the haiden (worship hall). These komainu, as the statues are known, are guardian figures believed to protect the space around the kami from evil.

The ultimate origins of these lionlike figures probably extend back to ancient India or even Egypt, but the more immediate source would appear to be Chinese. Guardian lions and other divine beasts were probably imported from Tang China, along with Buddhism, via the Korean Peninsula, accounting for their alternate name, kōrai-inu, or Korean dogs. (No extant prototypes have been found in Korea.)

Most komainu closely resemble the so-called Chinese lion-dog (kara-jishi). Typically, one of the creatures is depicted with its mouth open and the other with its mouth closed. This tradition has no relationship to Shintō per se but derives from Buddhist iconography, where it is used to represent the sacred utterance Aum (with a coming from the open mouth and um from closed lips).

Many shrines eschew the lion-dog figure for an animal associated with the kami worshipped there. At Mitsumine Shrine (Saitama Prefecture), dedicated to the wolf deity Ōguchi-no-magami, two wolves stand guard. Inari shrines have fox statues, Tenmangū shrines have oxen, and Hie Sannō Shrine in Tokyo has monkeys. 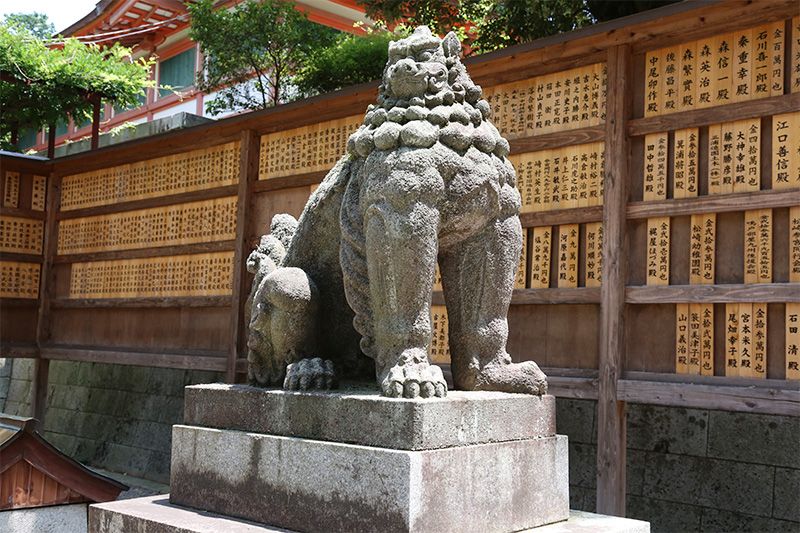 The komainu to the left of the entrance to Kashii-gū Shrine, Fukuoka, Fukuoka Prefecture. 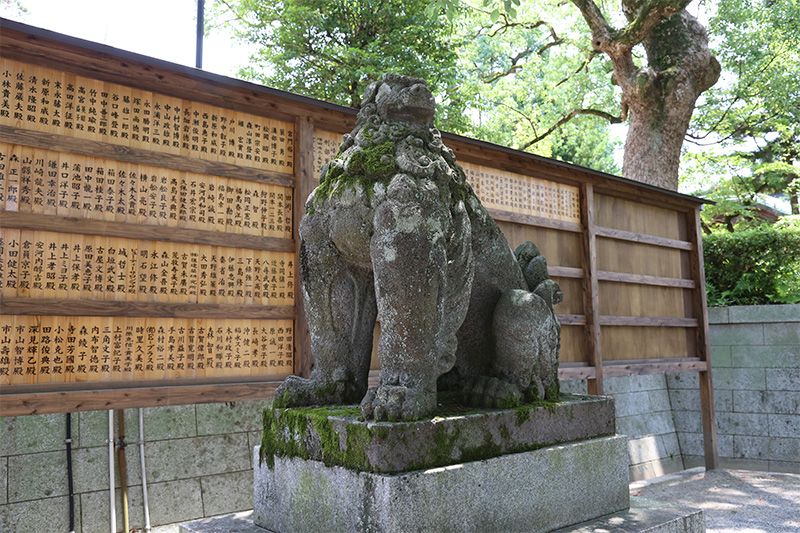 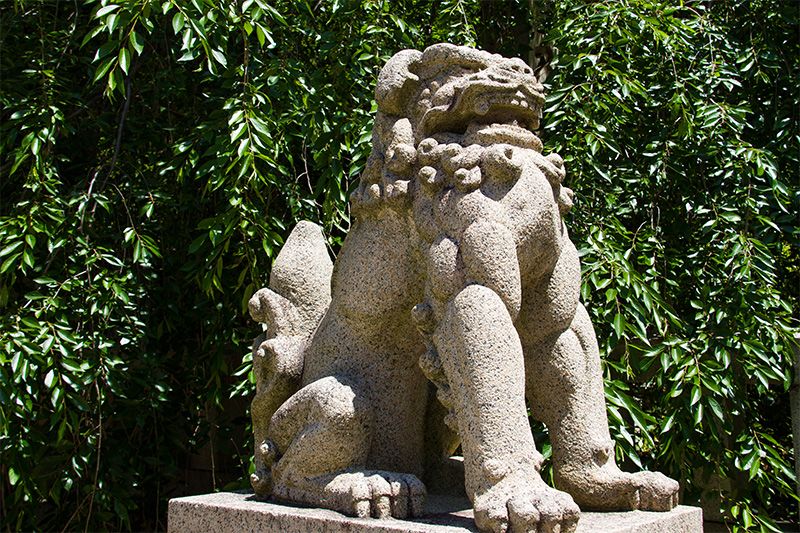 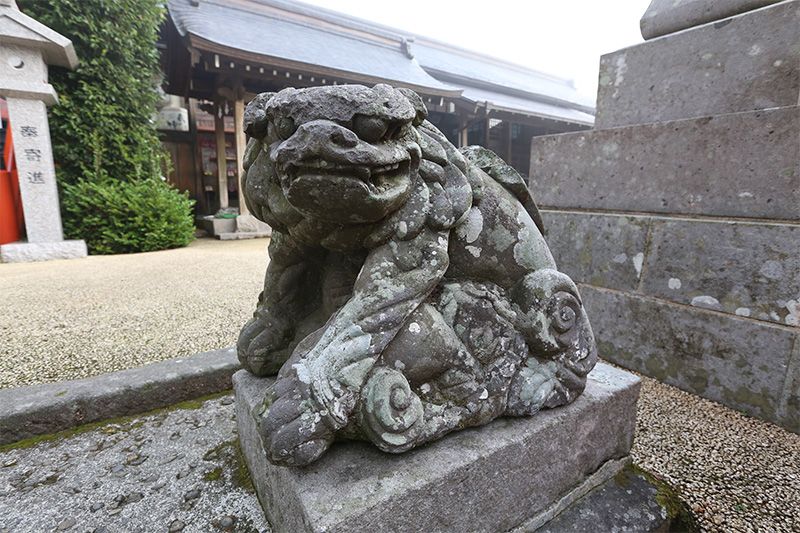