“Tamagaki”: Fence Around the Sacred Space

Culture Aug 9, 2016
A fence called the tamagaki encloses the shrine's innermost sanctum, setting it off from the outside world and marking a border between the sacred and the profane. Some shrines feature more than one tamagaki, which in its earliest form was a living hedge surrounded by a brushwood fence. 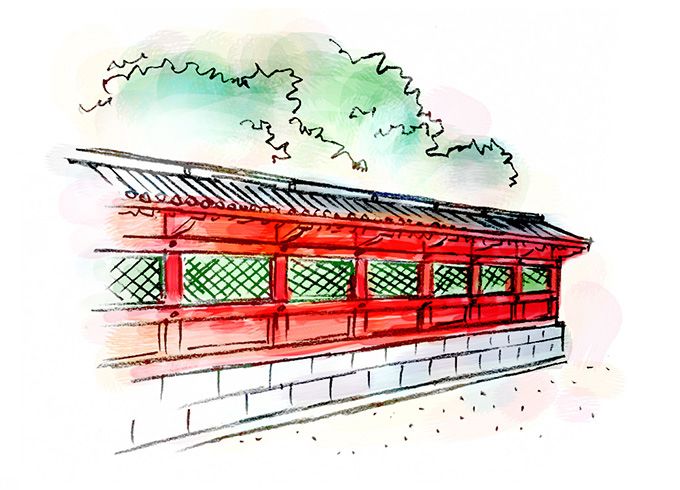 Beyond the haiden lies the honden, where the kami is enshrined. A fence called the tamagaki encloses the honden, setting it off from the outside world. It marks the border between the sacred and the profane. The number of tamagaki varies according to the size of the shrine. In the case of multiple fences, the innermost fence is generally called the mizugaki, while the outer fences are variously called tamagaki, aragaki (rough fence), or itagaki (board fence). The Inner Shrine (Naikū) of Ise Shrine is enclosed by four parallel barriers. In this case, the innermost fence is called the mizugaki or ichi no tamagaki; the next two are referred to as ni no tamagaki and san no tamagaki; and the outermost is called the itagaki. 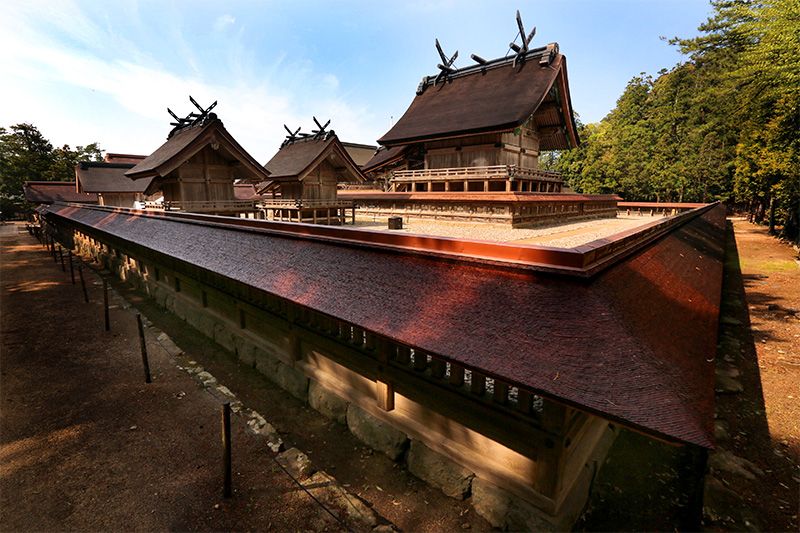 The oldest form of tamagaki is a living hedge surrounded by a brushwood fence, and the material most typically used for the hedge is an evergreen tree called the sakaki (Cleyera japonica). The character for sakaki, 榊—invented in Japan, not imported from China like most kanji characters—combines the radical for tree with the radical for god or divinity, conveying the special role of the sakaki in Shintō ritual. Originally, the forests surrounding shrines consisted mainly of sakaki and other broadleaf evergreens. Sakaki sprigs with shide streamers (tamagushi) are typically inserted into the shrine’s, outer fence at intervals, a reminder of the living fences used in ancient times. 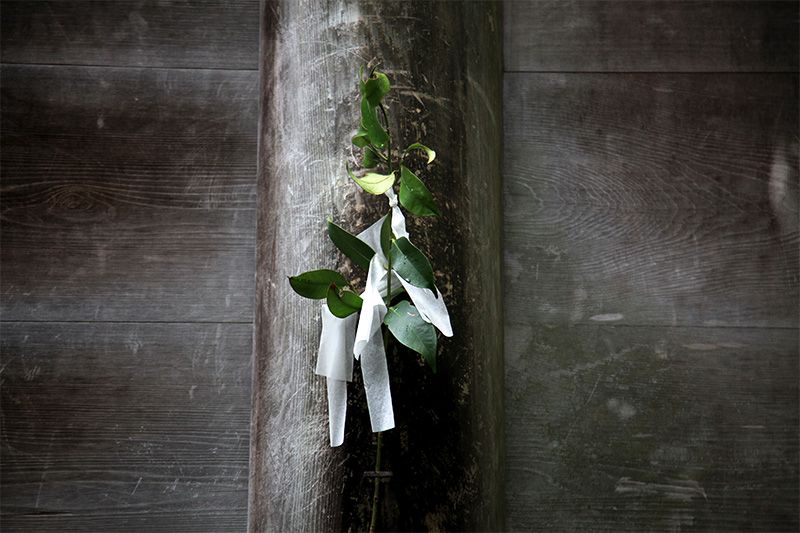 A sakaki sprig set in a fence at Ise Shrine.