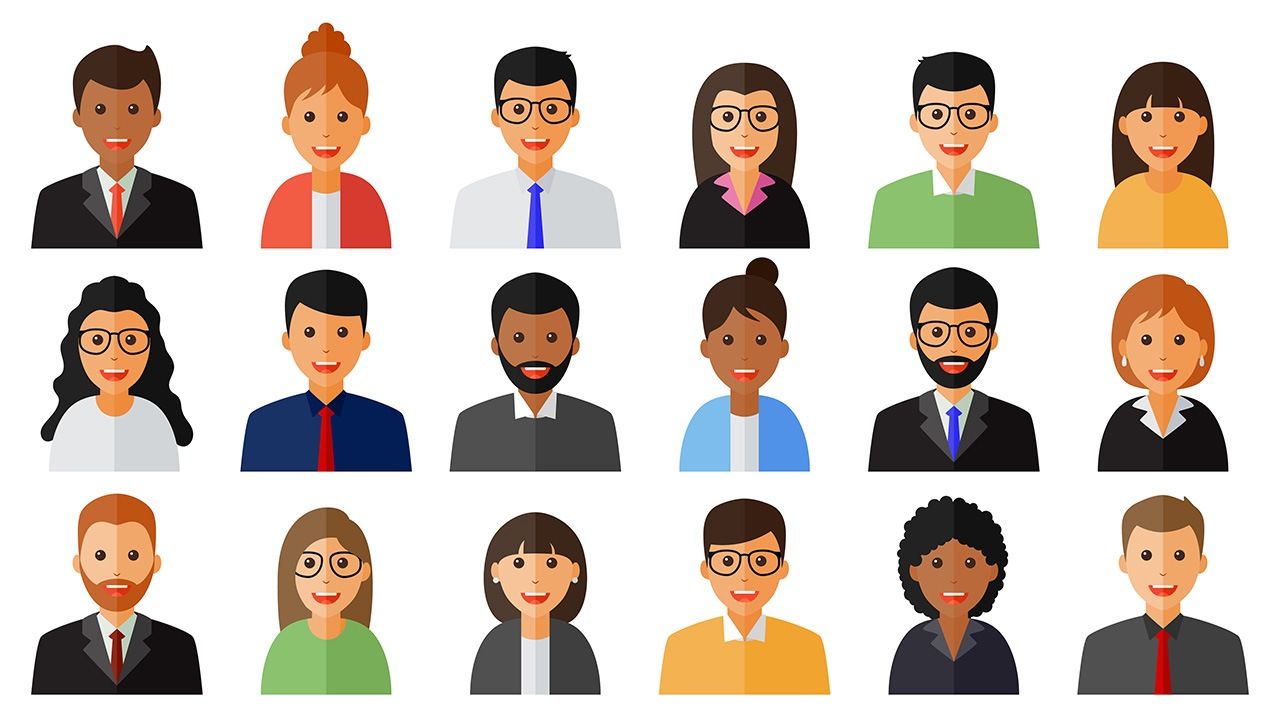 Recruitment and career development company Disco conducted a survey in December 2020 aimed at major companies in Japan, asking about hiring of highly qualified foreign workers. Of the 494 companies that responded, 35.4% recruited international students in 2020, indicating a slight increase from the previous year.

In the 2019 survey, when companies had been asked about their intentions to hire international students the following year, 50.6% said they planned to do so. It appears though that their plans were affected by the COVID-19 pandemic and in many cases did not lead to actual recruitment. The rate of companies intending to recruit in 2021 stood at 39.2%. 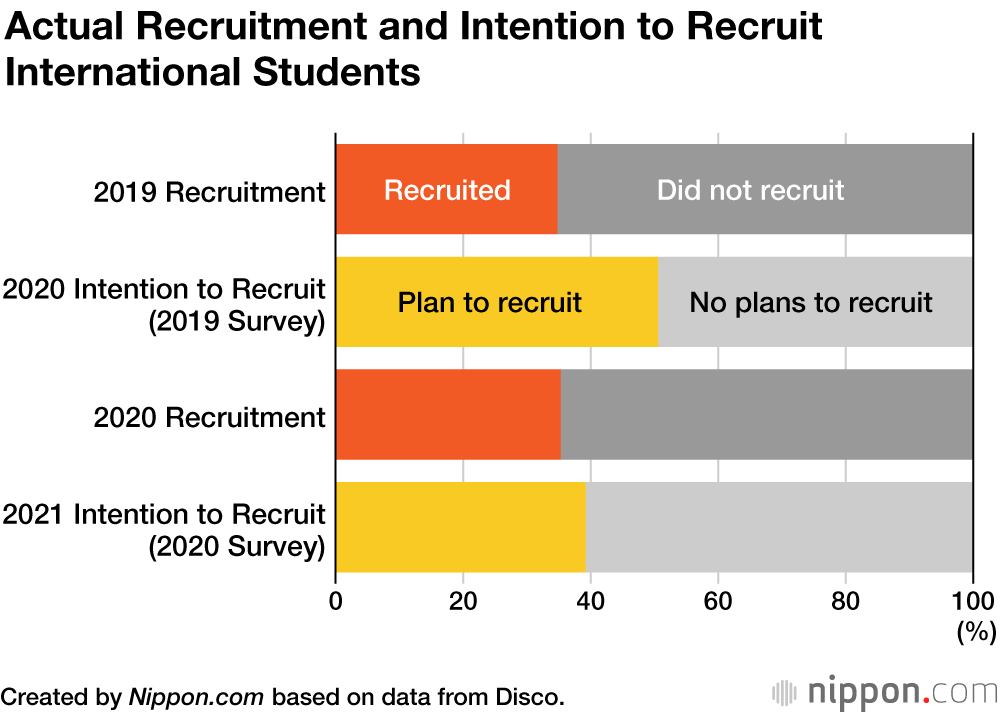 The most common reason given for recruiting international students was to secure highly skilled personnel. This accounted for 70% of those that recruited humanities graduates and 80% of those who hired science graduates. It seems companies expect these personnel not to be bound by preconceived notions and to be able to revitalize the company and enhance diversity.

Meanwhile, the qualifications they desired in international students included Japanese language ability, communication skills, and working well with others. 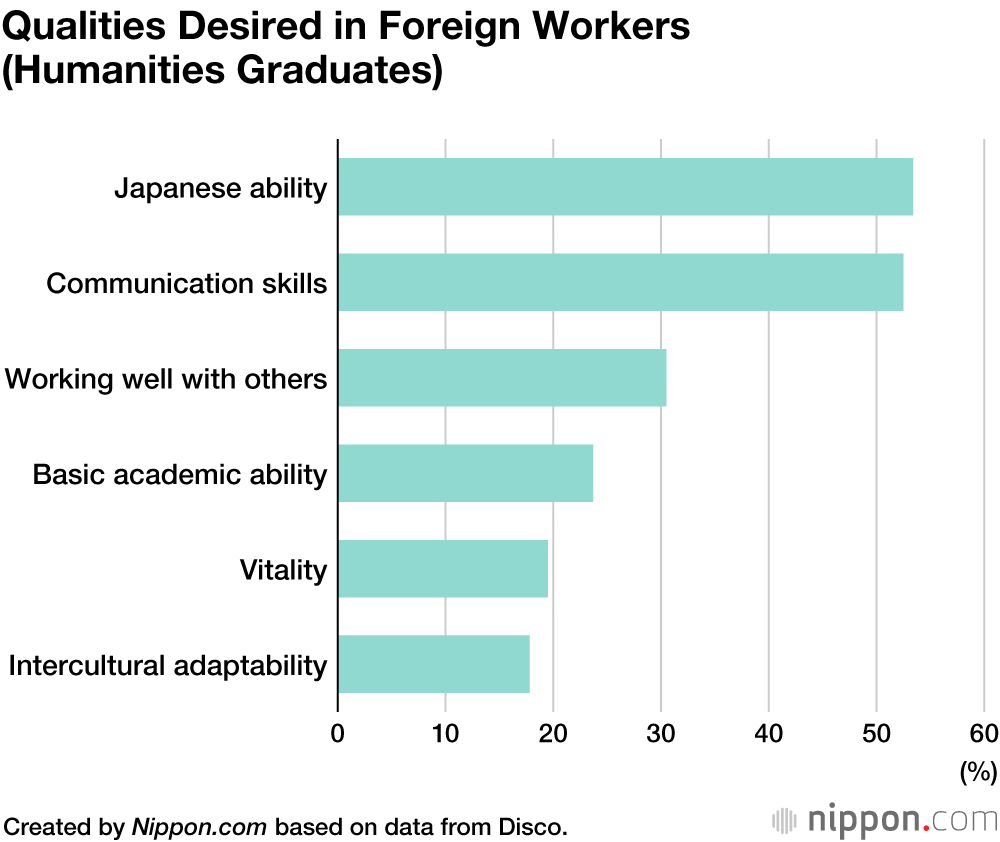 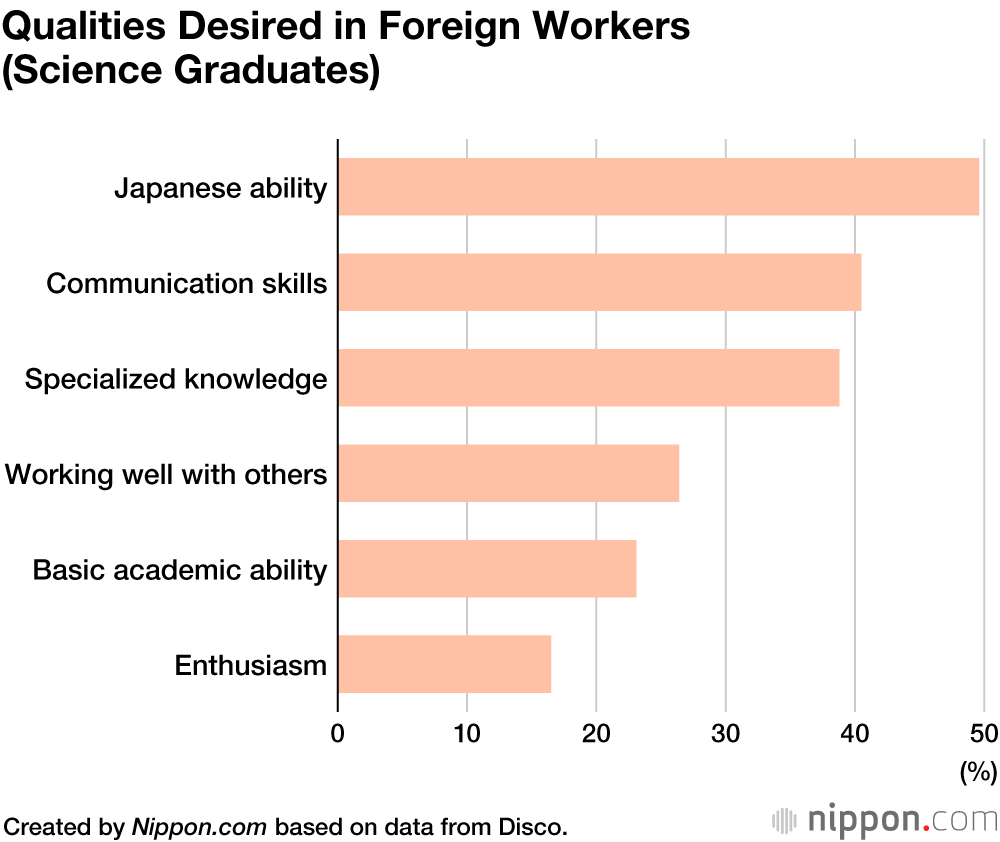 A lot of companies expected recruits to either be fluent or have advanced business language skills in Japanese and 85.9% of companies stated that they hold their interviews completely in Japanese, so international students face a high linguistic hurdle. 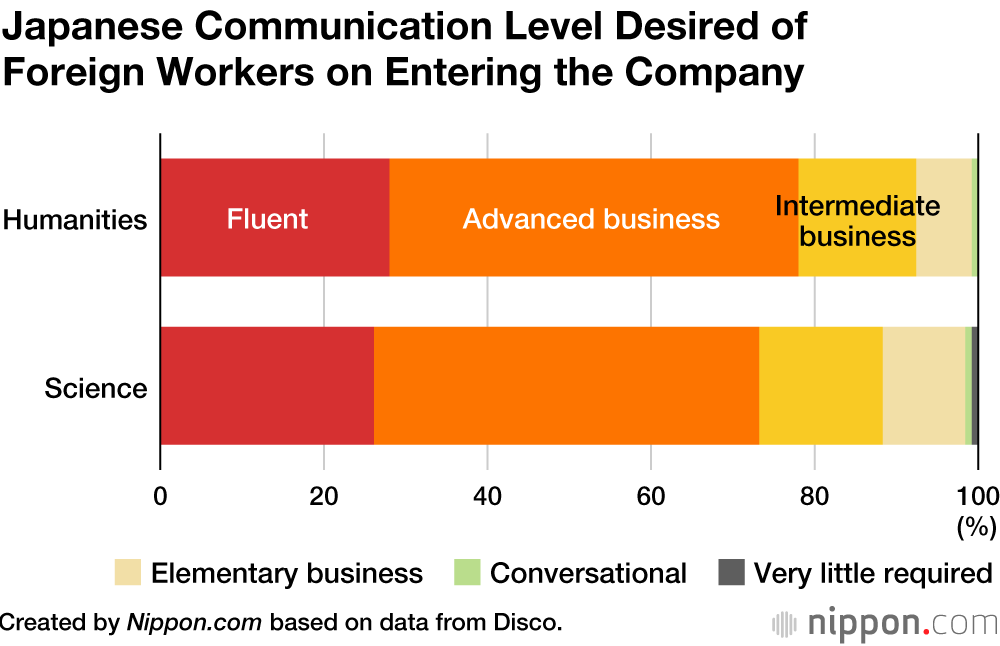 By country and region categories, recruitment from China was the highest with 62.8% of companies, ahead of Southeast Asia, other Asian countries, and then South Korea and Taiwan. Asked about the regions that companies wanted to recruit from in the future, 68.6% said Southeast Asia, and 30% of the total particularly indicated Vietnam. Taiwan was also popular with 34.9% of companies. Western international students, who were fewer in number, were much less sought after for recruitment and very few actually hired.

Companies were also questioned about the retention of foreign workers who were able to make it through the stiff hiring competition. According to 13.6% of companies, the job turnover rate for foreign workers three years after joining a company was higher than for new Japanese graduate employees, while 21.2% responded that the rate was lower than that for Japanese. There is a common tendency to think that the turnover rate is higher for international students. However, Disco’s analysis of the surveys over the last three years finds no significant gap between the rate for international students and that for Japanese employees.