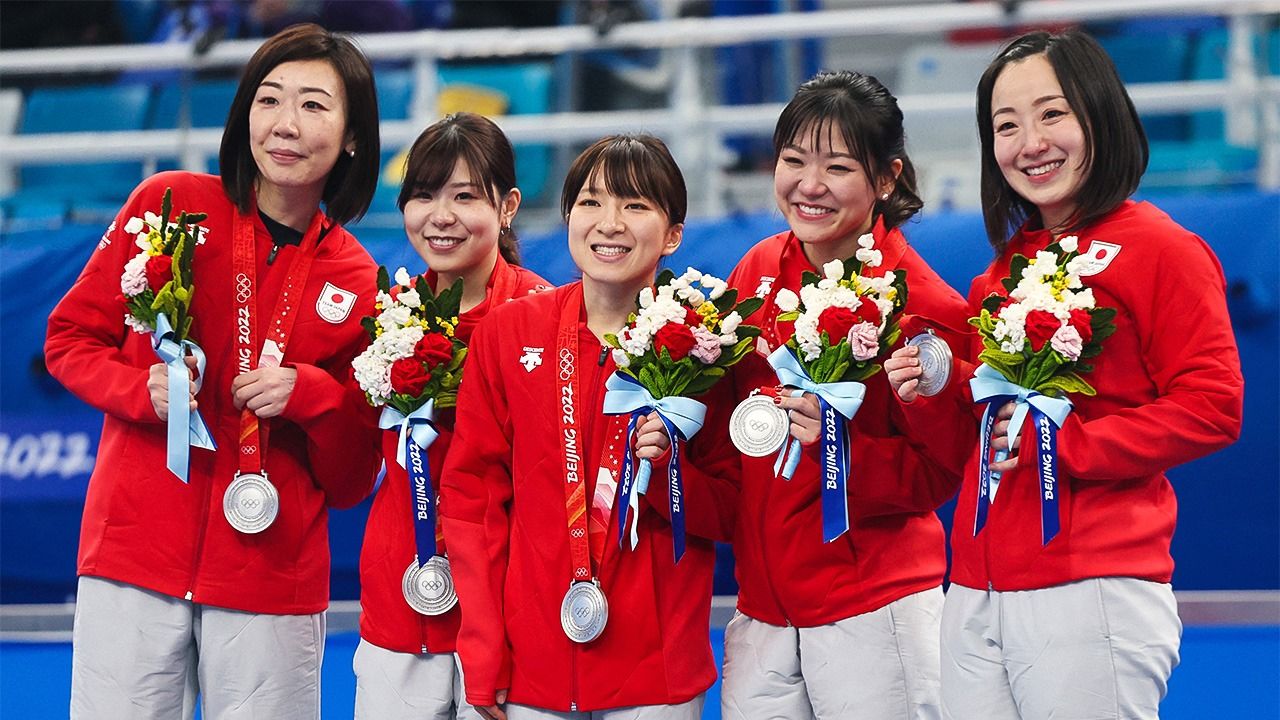 Japan’s women’s curling team Loco Solare improved on its third-place finish in Pyeongchang in 2018, but lost out to Britain 10-3 in the final.

Competing against a strong Russian trio, Sakamoto managed to secure bronze with a well-rounded performance.

The team finished fourth in both the ski jumping and cross-country sections, but third overall, winning its first medal in the event since it took gold in 1994.

Takagi won her first individual gold of the games, competing in her seventh race in five events. This brings her total at Beijing 2022 to four medals, and her overall total to seven, including those won at Pyeongchang in 2018.

After winning silver medals in the previous two Olympics, Watabe had to settle for bronze in Beijing.

The same lineup of Takagi Miho, Takagi Nana, and Satō Ayano that won the gold medal in Pyeongyang in 2018 came second behind Canada this time.

Takagi won a second silver, after her first in the 1500-meter event.

Kobayashi added to his gold medal in the normal hill with silver in this event.

Morishige won bronze after two Olympics without medals for Japan in what has been one of its stronger winter events.

Hirano won gold in the event at the third attempt, after silver in 2014 and 2018. Due to his appearance in the skateboarding event in the delayed Tokyo Summer Olympics in 2021, he only had six months to prepare, but secured the win with a triple cork and 1440 in his final run.

US skater Nathan Chen dominated, but Kagiyama stole the spotlight among Japanese skaters on his Olympic debut, while Hanyū Yuzuru could only finish fourth.

Followed up his silver medal at Pyeongchang in 2018 with bronze this time.

Improved on her eighth-place performance at Pyeongchang in 2018. Her sister Ruki also finished in fifth place.

Japan won its first medal in the event, which was first held at Sochi in 2014.

Mentored by ski jump legend Kasai Noriaki, Kobayashi was hotly tipped to do well. He took his first Olympic gold, and Japan’s first for ski jump since the Nagano Olympics in 1998.

Greatly improved on his eleventh-place finish at Pyeongchang in 2018.