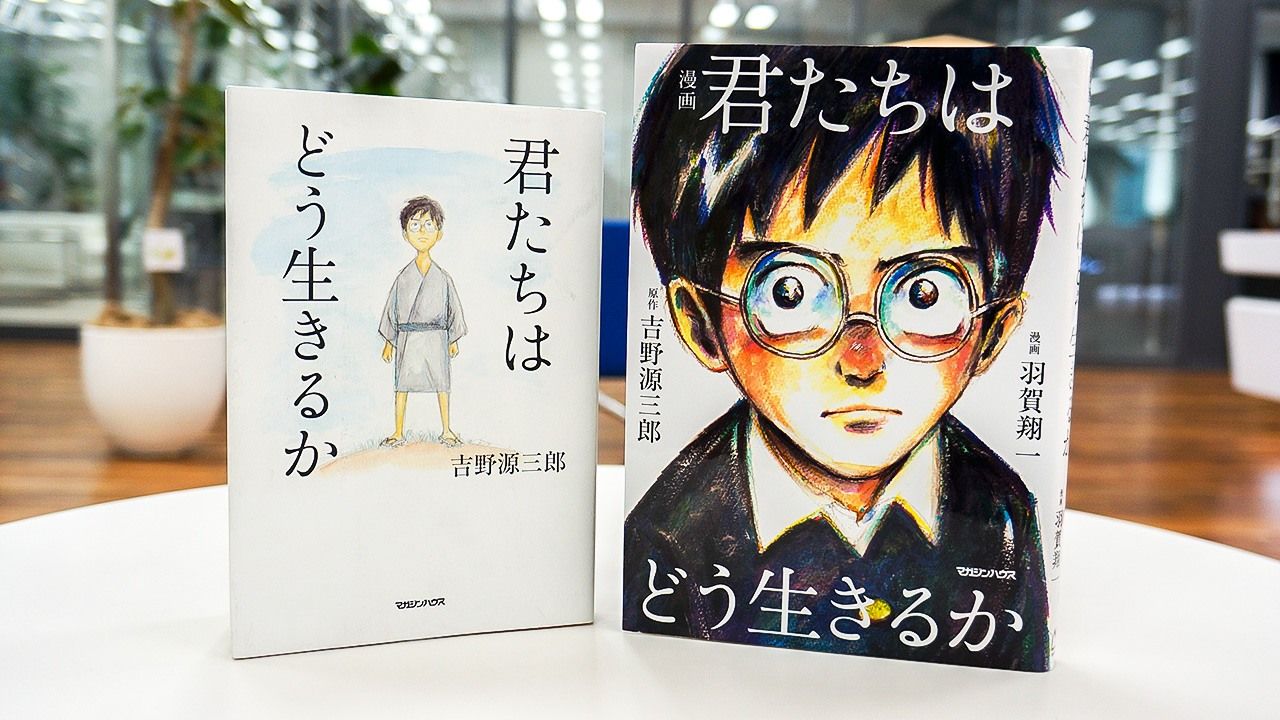 “How Do You Live?”: Prewar Children’s Book a 2018 Bestseller and Inspiration Behind Miyazaki’s Next Anime

Japan’s best-selling book of 2018 was a manga version of Kimitachi wa dō ikiru ka (How Do You Live?) created by Haga Shōichi. Its success brought fresh attention to the original 1937 children’s book by Yoshino Genzaburō, which finished ninth in the 2018 sales ranking. The story follows junior-high school student Koperu-kun—his nickname taken from Copernicus—as he learns to think for himself through the guidance of his uncle and the introduction of a number of philosophical concepts. It is also a story of friendship, bullying, and the consequences of a broken promise, as well as a commentary on social issues. Miyazaki Hayao has taken the title for his next movie, which he has come out of retirement to make.

The novel’s crossing over of genres, as both a children’s book and philosophy reference, is linked to how it came about in the first place.

Yoshino Genzaburō (1899–1981) spent most of his career as an editor and journalist. After graduating from Tokyo Imperial University (now the University of Tokyo), though, he began by working in the university library. Misfortune fell in 1931 when he was arrested for helping arrange a communist meeting. As he was still registered in the army, Yoshino was court-martialed and given a severe sentence of four years. His friends, concerned for his health and mental state, reached out to the writer Yamamoto Yūzō, who visited Yoshino in prison and arranged for his sentence to be reduced to eighteen months plus three years’ probation. As Yoshino was unable to return to his former job and found it difficult to get other work, Yamamoto engaged him in 1935 as the chief editor on a 16-book series titled Nihon shōkokumin bunko (A Library for Young Japanese Nationals). How Do You Live? was one of those books. The concept behind the whole series was to provide children with knowledge that had been cut from the public school curriculum in the interwar period and covered a wide range of topics from science and sports to literature and art.

Yamamoto originally planned to write How Do You Live? himself; however, he fell sick and turned to his trusted friend Yoshino to write it instead. Yoshino diligently followed the style of many of the other books in the series and created a philosophy textbook, but Yamamoto asked that he turn it into a novel. As it was the final book in the series, and realizing this may be the last time they could publish before the wartime censors stopped them, they included Marx’s product relations theory, the influence of ancient Greek culture on Buddhism, and heroic figures in Western culture, as well as an antimilitary message questioning patriotism and what makes a great leader.

After World War II, Yoshino edited the book twice. The first time in particular he cut more than 40 pages of text to make it more relevant for postwar children. Along with general updates to language, he cut mention of imperialism and criticism of capitalism and unpatriotic behavior, while switching focus away from the gap between the rich and poor levels of society. Since then, the book has been republished a number of times by different publishers up to the present.

In August 2017, the first manga version was released; it is already becoming a long-seller on its own. It shifted over 1.5 million copies during the 2018 book ranking period (November 26, 2017, to November 24, 2018) set by the book wholesaler Nippan, and has topped 2 million sales in total. It is a simplified interpretation of the original book, so some key elements have been changed or left out; however, dedicated readers have the added enjoyment of comparing the two works to see what has been altered. In particular, an allusion to the indebtedness that Yoshino felt toward Yamamoto has been added to the manga version. 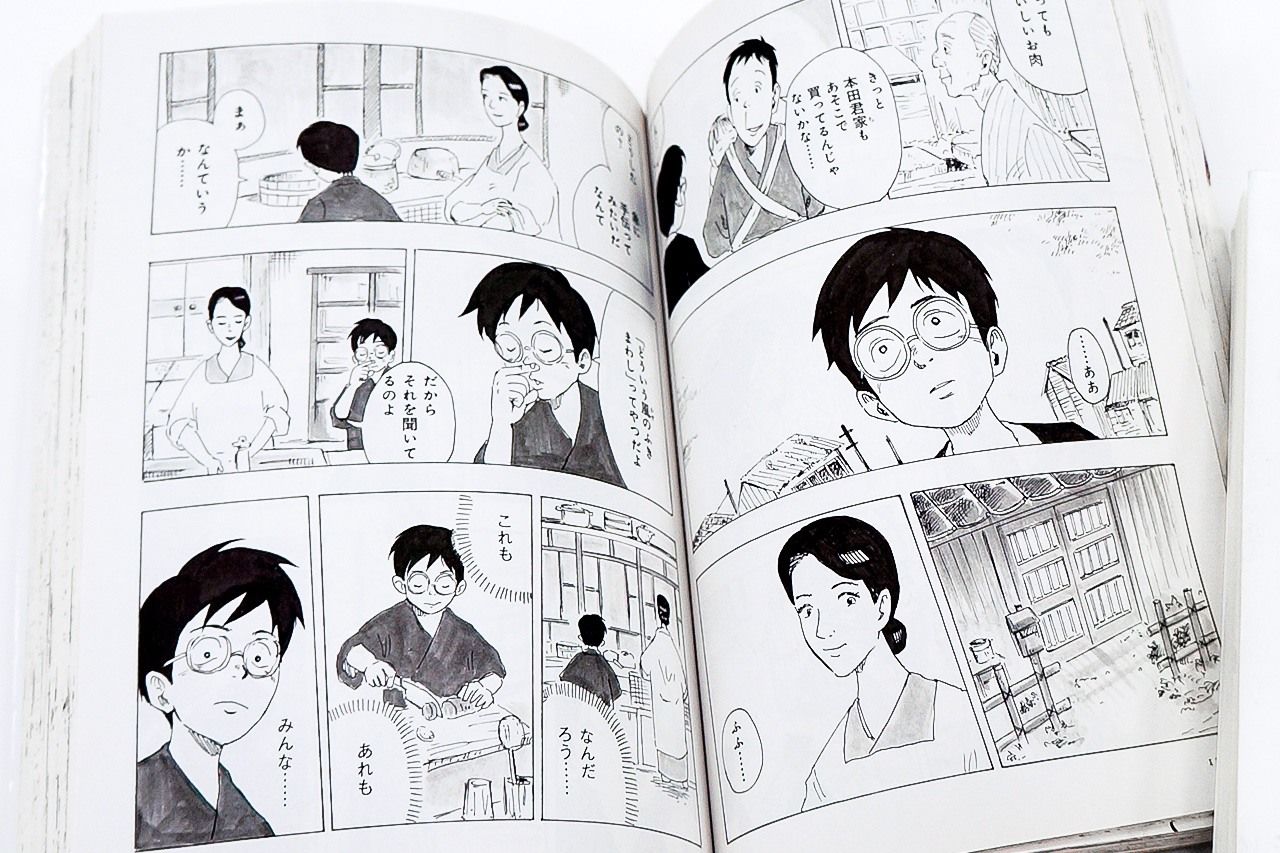 The main reason for the manga’s runaway success, though, was the announcement by Miyazaki Hayao in October 2017 that the tentative title of his next animated movie will also be Kimitachi wa dō ikiru ka. Miyazaki states that the main character has a great interest in the original 1937 book, and Studio Ghibli producer Suzuki Toshio says it will be dedicated to Miyazaki’s grandson. The movie is currently expected to be finished in 2020 and is being described as an action-adventure fantasy. Rumors indicate that it will be similar in vein to his 1986 animation Tenkū no shiro Rapyuta (Castle in the Sky).