Culture Aug 29, 2016
When not engaging in religious rites, priests and shrine personnel may rest in the shamusho, or shrine office. Here visitors can also obtain talismans to protect their homes and selves with the blessing of the shrine’s kami. 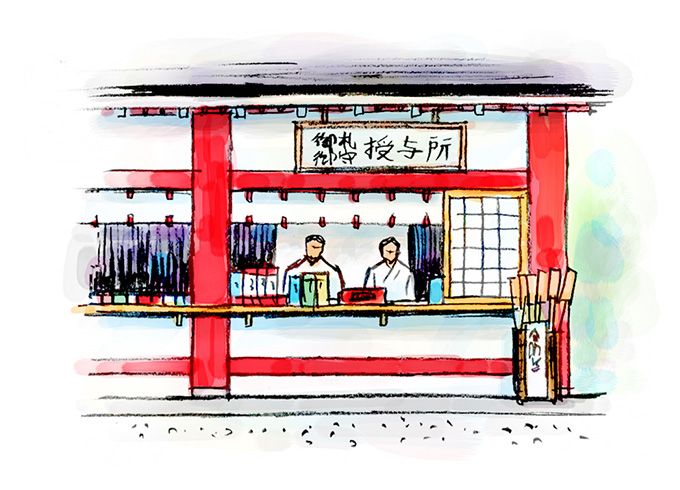 The shamusho is a building inside the compound for the conduct of shrine business other than sacred rites and ceremonies. This is where the priests, priestesses, and other shrine personnel rest when they are not performing their sacred duties. It is also where shrines hold lectures and take requests for special prayers or rites. The shamusho has a public counter, where it sells a variety of tokens, amulets, and oracles, described below. Customarily, one speaks of “receiving” such items instead of “buying” them, since they are considered religious objects rather than commercial items.

Chief among the objects available at the shamusho are shinsatsu, amulets believed to contain something of the kami’s spiritual power. These are relatively large talismans that worshippers take home and place in their household shrines. (The shinsatsu distributed by Ise Shrine are called taima-fuda.) Mamori-fuda are basically miniature shinsatsu designed to be carried on one’s person. Hamaya—literally, “demon-breaking arrows”—are decorative arrows displayed conspicuously in the home to ward off misfortune. Ema are wooden votive plaques, some of which have a picture painted on one side. Worshippers write their prayers on the reverse and then submit them to the shrine to be offered up to the kami. An omikuji is a strip of paper with a fortune written on it. Each omikuji, drawn at random, provides a general prediction of good or bad luck and more specific forecasts regarding various aspects of one’s daily life. 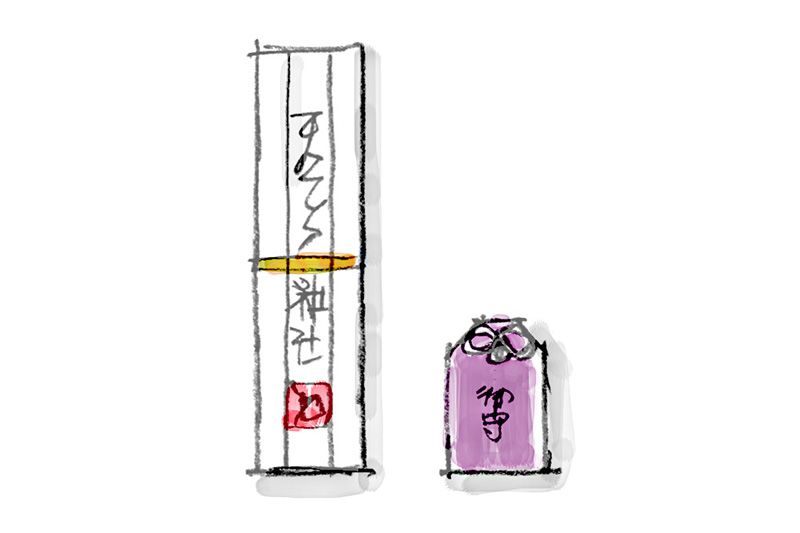 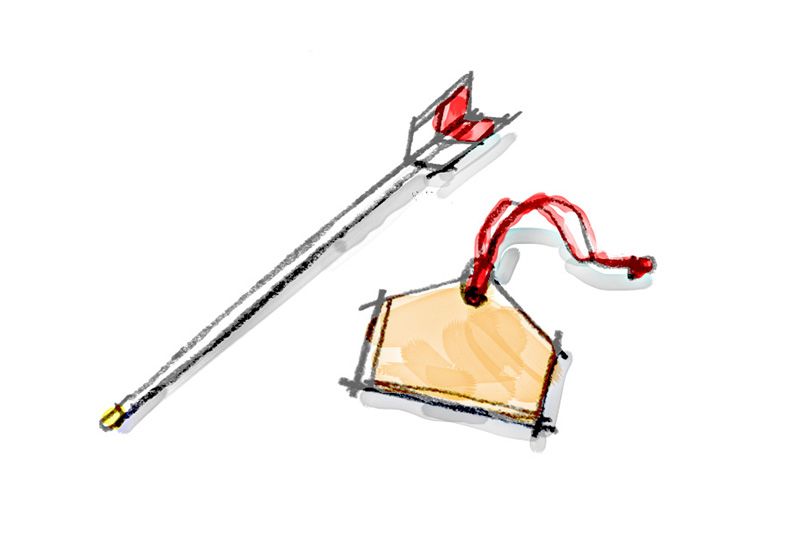 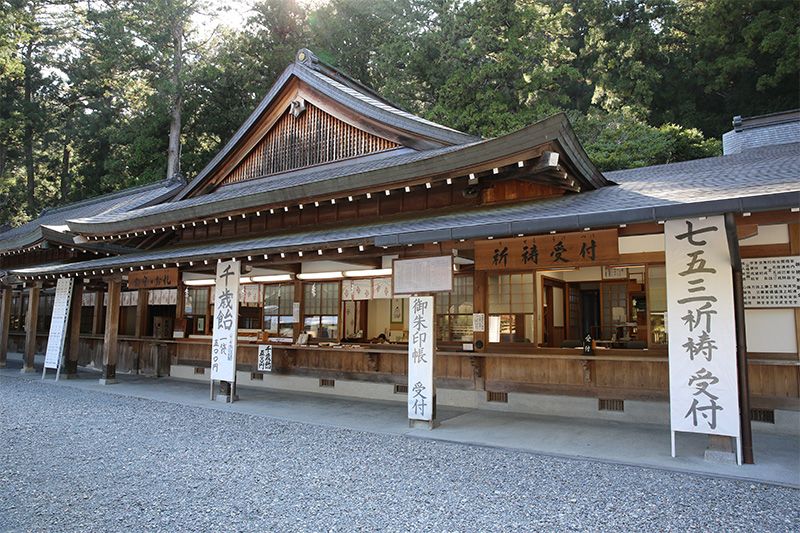 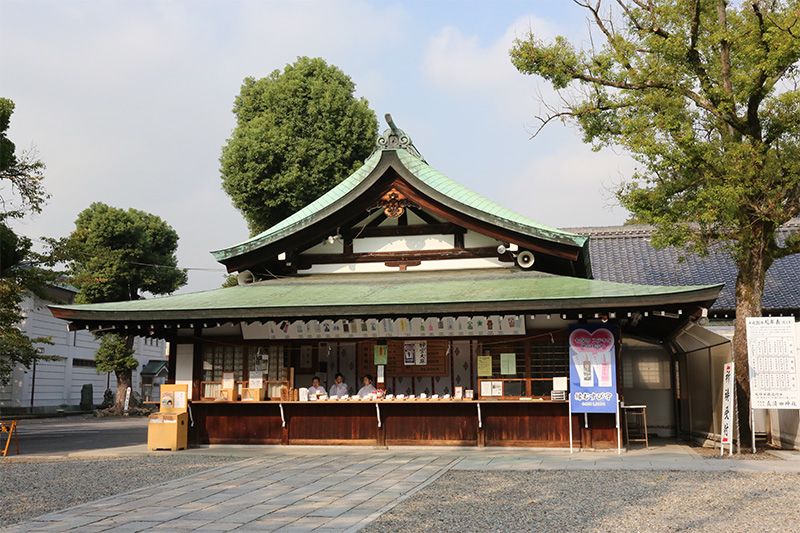 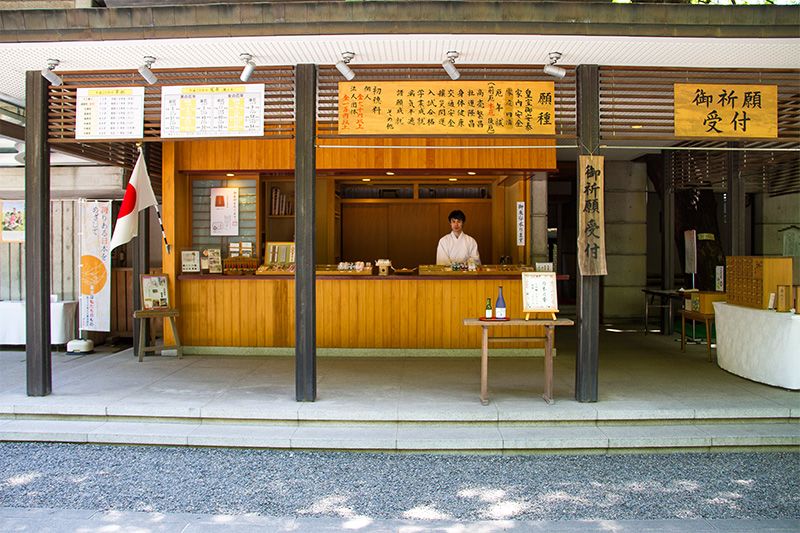