Dictionary Dreams and Debuts: The Top New Japanese Words for 2018

Language Society Books Dec 27, 2018
A roundup of the latest Japanese words and phrases that made a splash in 2018, as chosen by dictionary publishers.

Ever feel like you don’t have enough penciled in on your calendar? On December 3, dictionary publisher Shōgakukan announced that its word of the year is kūhaku kyōfushō, or “a morbid fear of blank spaces” in one’s diary or planner. This phobia can lead people to note down imaginary future events just to reduce anxiety. Shōgakukan connected it with the desire for more social media friends as an expression of self-worth.

The first of its two runners up was sotsukon, or “to graduate from marriage,” defined by the publisher as a husband and wife remaining married while pursuing their own individual lives and not interfering with what the other is doing. The second was gohan ronpō, or “gohan logic,” playing on the double meaning of “meal” and “rice” that gohan has in Japanese. It refers to the way politicians sidestep unwelcome questions by interpreting them to their own benefit.

Another of Japan’s big dictionary publishers, Sanseidō, announced its own word of the year on December 5. After last year’s popularity for the portmanteau insuta-bae­, meaning “to stand out on Instagram,” Sanseidō picked the second half in the verb form—baeru, or “to stand out”—as its top word for 2018. Originally a standalone verb pronounced haeru, the suffix form baeru has taken on its own life as a way of describing something that looks impressive or stylish, without requiring that it is actually posted on social media.

Two more variations on existing words followed in the ranking. In second place was the verb moyaru, a shortened form of moya moya suru, which describes “feeling vague resentment or displeasure toward another person.” In third place was wakarimi, a version of the verb wakaru, meaning to “understand” or “sympathize,” that is popular with young Japanese. 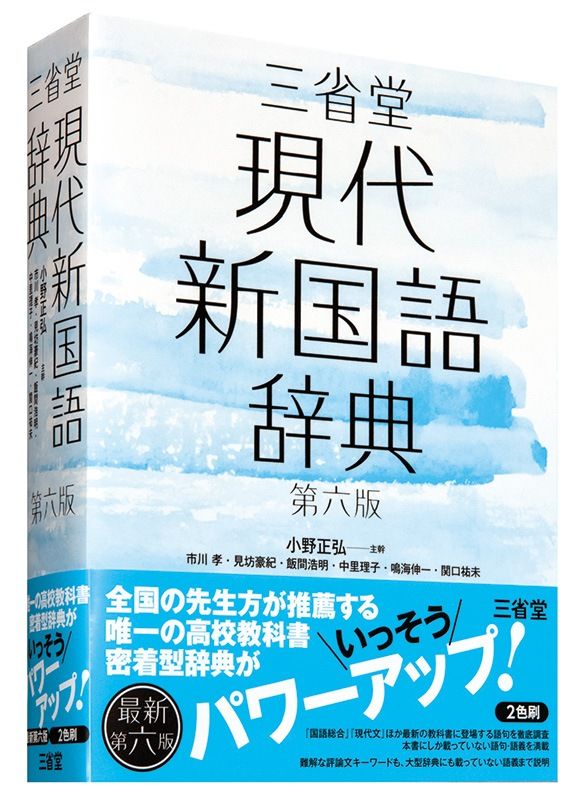 Specialists help decide what new words go into dictionaries, and editions for 2018 include many fresh entries.

The predominance of Internet slang in the sixth edition of the Sanseidō gendai shin-kokugo jiten (Sanseidō New Contemporary Japanese Dictionary), aimed at high school students, made headlines when the new version hit shelves in October 2018. Among the roughly 1,000 new words included in a total of 77,500 were kusa, the Japanese word for “grass” that evolved into an equivalent of “lol” and was one of the publisher’s words of 2017; numa (literally “marsh”), used to describe getting deeply stuck into, for example, a hobby; and giga, an abbreviation for “gigabyte” commonly used when talking about smartphone data. The editors, however, said that they were not intending to highlight the unusual, and that the words included have become part of everyday online usage. 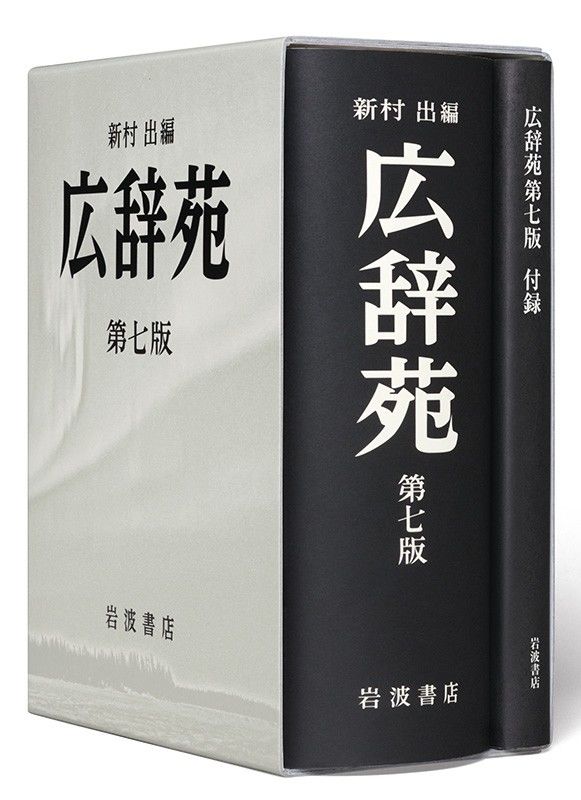 Also in 2018, Iwanami Shoten released the first new edition of its prestigious Kōjien dictionary in 10 years. The seventh edition includes 250,000 words, including such examples from tech as kuraudo or “cloud” and kasō tsūka or “cryptocurrency,” but found no room for guguru or “to google” (meaning to search the web, most frequently with the Google search engine that provides the verb form), despite its common usage. Many of its choices showed a similar tendency for conservatism, but a spokesperson was unrepentant. “It is not the role of Kōjien to lead from the front in including new words, but to feature such terms as we are certain have established themselves in the Japanese language.”

As it was the first update for the best-selling dictionary in a decade, there was much interest in any changes. The definition for the abbreviation LGBT, given as “people whose sexual orientation differs from the majority,” came under scrutiny upon making its first appearance in the dictionary. Some Internet users made the criticism that the “transgender” portion of the term is related to gender identity rather than sexual orientation. A correction was later posted on the Kōjien website.

Shōgakukan’s Top New Words of the Year for 2018

— Kūhaku kyōfushō [Winner]. A “morbid fear of blank spaces” may cause people to write invented plans into a schedule to feel like they are leading full lives or to demonstrate that they are working hard at their jobs.

Sotsukon [Runner-up]. A “graduation from marriage” in which husband and wife live their own separate lives while remaining married. Former sumō star Hanada Kōji used the term slightly differently in 2018 to describe his amicable divorce.

— Gohan ronpō [Runner-up]. “Gohan logic,” as used by evasive politicians, plays on the double meaning of gohan as both “rice” and “meal.” The way they twist the question to give a preferred answer is like taking the enquiry, “Did you have breakfast?” to mean “Did you have rice this morning?” and saying “No,” because actually they ate bread.

— Okuribito. Somebody who owns more than ¥100 million. A play on the synonym meaning “one who sends off,” the title of a popular 2008 film about a mortician, this version builds instead on the number oku, meaning “100 million.”

— Fea purē pointo. After the teams finished level on points, goal difference, and goals scored, Japan progressed to the second round of the 2018 FIFA World Cup at the expense of Senegal due to “fair play points,” based on factors including yellow cards.

— Marutto. A popular variation on marugoto, meaning “whole” or “in its entirety.”

— Jitahara. An abbreviation of jitan harasumento, or “hours-shortening harassment,” used to describe the unsophisticated attitude of bosses who seek to reduce overtime by simply hurrying employees home, even though they still have work to do.

— Imifu. A casual shortening of imifumei (意味不明), an expression meaning “the meaning is unclear,” or “it doesn’t make sense.”

— Kaigo datsumō. “Nursing hair removal” refers to the shaving of pubic and other hair performed in preparation for receiving nursing care to make tasks like washing easier.

— Tarōsei. A rōnin student is one who spends an extra year studying to retake entrance examinations. A tarōsei is a student who has been a rōnin for several years.

— Hanpa naitte. Both of Sanseidō’s honorable mentions were in the top 10 words in the well-known list produced by Jiyū Kokumin Sha. The first describes the “amazing” skill of Japanese national team player Ōsako Yūya, who scored a crucial goal in the 2018 FIFA World Cup. It was not considered for the main list, as hanpa nai is already in many of Sanseidō’s dictionaries, but the intensifying suffix tte caught selectors’ interest.

— So da nē. The overall winner for Jiyū Kokumin Sha, a Hokkaidō variation on the common phrase sō da ne, or “Yeah, that’s it,” was an often-heard cry of encouragement among Japan’s bronze-medal-winning Olympic curling team.

— Charai. This adjective, primarily used to describe young men, might be translated as “player”—a charai guy is flighty to the point of being untrustworthy, interested only in casual hookups with the opposite sex.

— Pochiru. Inspired by the pochi onomatopoeia for a button or computer key being clicked, this verb means “to hit the ‘buy’ button while shopping online.”

— Kusa. The character literally means “grass.” Online laughter can be written with the letter W, standing for warau, “to laugh.” Uproarious, sustained laughter (something like “lololol” in English) is wwwww, which net users likened to the blades of grass in a lawn

— Nijigen. The “two-dimensional” world, as opposed to the three-dimensional one we occupy in real life, refers to the manga, anime, computer games, and other virtual spaces where people seek an escape from their everyday reality.

— Numa. Literally “swamp” or “marsh,” this word stands in for any hobby or pastime that sucks people in and doesn’t let them get away so easily.

Some New Words in the Seventh Edition of Kōjien

— Anzen shinwa. The “safety myth” rose to prominence in the language following the March 11, 2011, Tōhoku earthquake and tsunami that punctured people’s belief in the safety of nuclear power.

— Gattsuri. This adverb comes into play when people want to stress how vigorously they perform an action. It’s commonly used with eating: gattsuri taberu means “to really sink your teeth into a meal.”

— Gochi. A shortened form of gochisō, or “feast,” this is a casual way to talk about how you treated someone—or were treated—to a meal.

— Norinori. The verb noru can mean “to get into the swing of something.” This adjectival form describes a person who has lost herself in the moment, whether it be while dancing or singing a karaoke song.

(Originally published in Japanese on December 13, 2018. Banner photo: Baeru was chosen by Sanseidō as its word of 2018.)