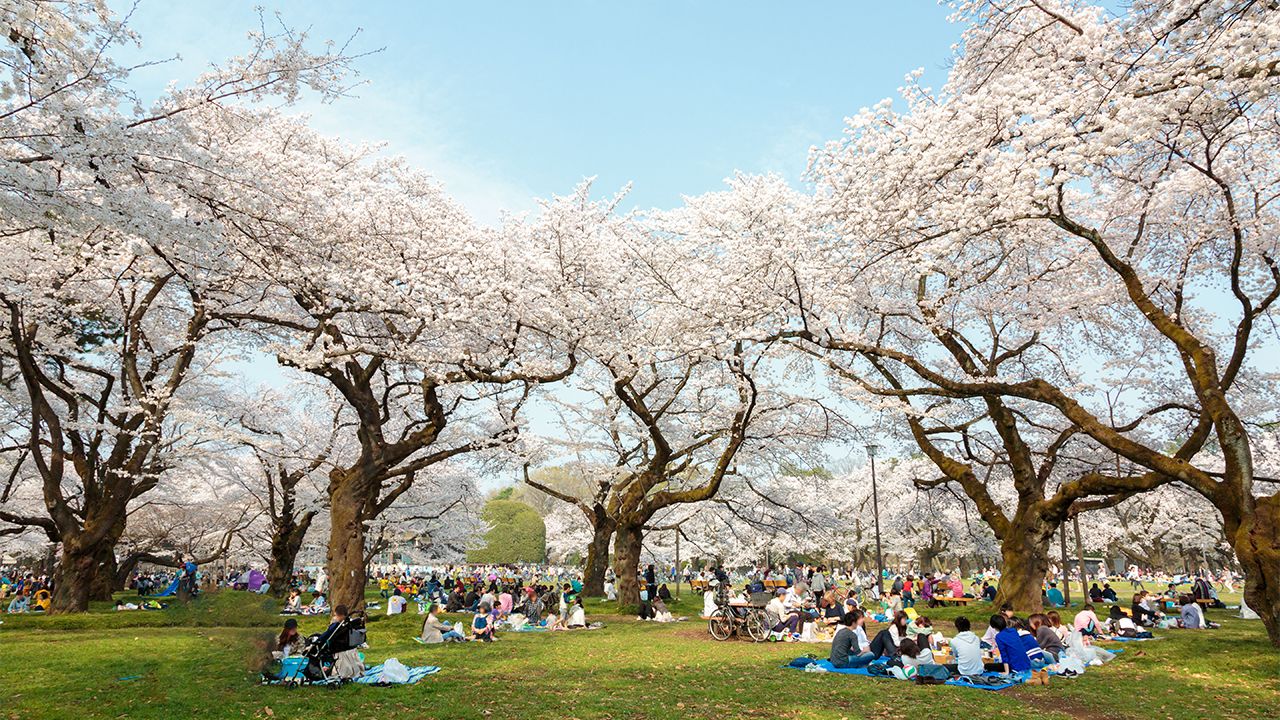 Travel Feb 27, 2020
Koganei Park is a vast, grassy meadow that is nearly five times as large as Hibiya Park and 1.5 times the size of Ueno Park. The 1,700 yamazakura, satozakura, and somei yoshino trees blossom at different times, so the blossoms can be enjoyed for a full month.

The row of yamazakura on both banks of the Tama Aqueduct, flowing near Koganei Park, is also a noted hanami spot. While the sakuras in the park were planted when it opened in 1954, those along the aqueduct have been around since 1737, when eighth Tokugawa shogun Yoshimune planted them as part of a project to build irrigation canals for new rice paddies. The number of trees along the canal has declined with the rise in traffic and other environmental factors, so local groups are now working to restore the area to its former magnificence.