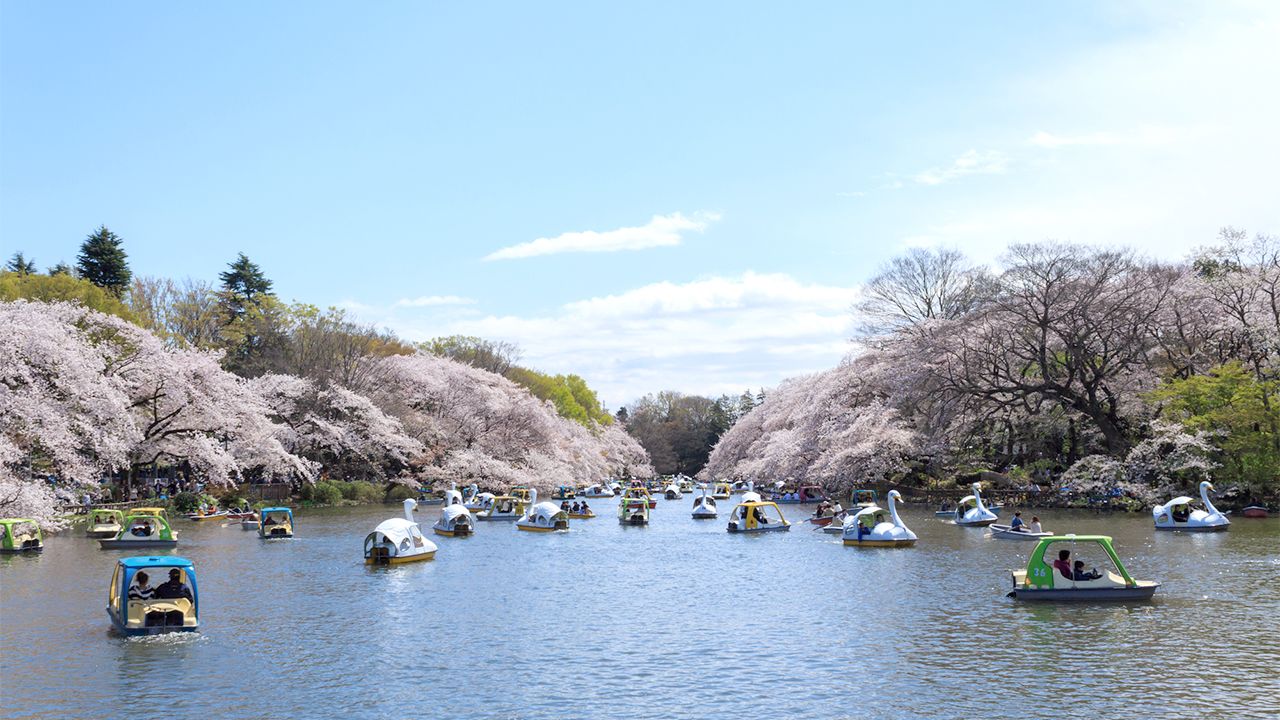 Travel Feb 27, 2020
Inokashira Park opened in 1917 as Japan’s first suburban public park. Given the subsequent spread of Tokyo’s urban sprawl, it has become a valued place to relax for area residents. The fallen petals from the approximately 500 cherry trees around Inokashira Pond create a magical, light pink carpet on the water’s surface.

Inokashira Pond has long been known as a site of scenic beauty, being portrayed by ukiyo-e artist Hiroshige in his series of “One Hundred Famous Views of Edo,” and was also an important source of water for Edo (now Tokyo) residents. Boats can be rented for ¥600 an hour, giving visitors a view of the blossoms from the water. Other attractions in the park include a zoo and the Ghibli Museum, Mitaka (reservations required), featuring the works of animation filmmaker Miyazaki Hayao.