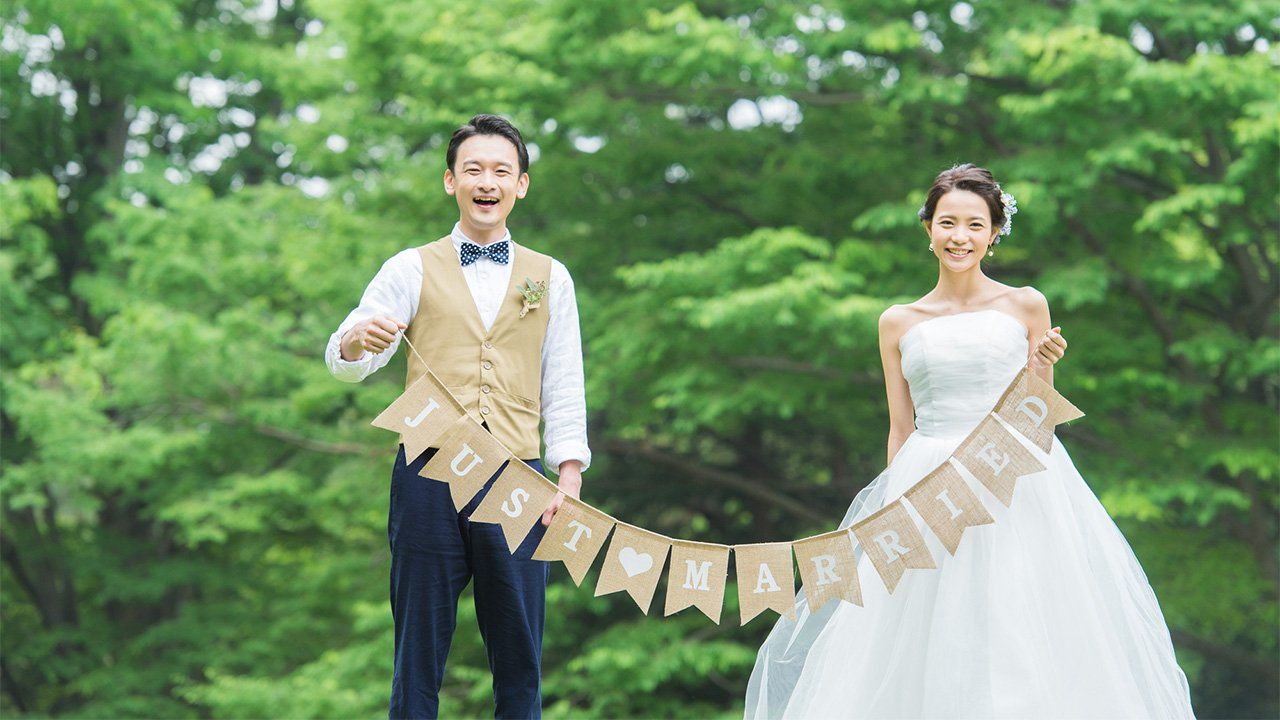 “Konkatsu”: One in Six Japanese Marriages Comes Through Matchmaking Services

Society Oct 19, 2021
Of those people who got married in Japan, 16.5% found their partner through some kind of matchmaking service.

According to a private sector survey regarding marriage matchmaking or spouse-hunting activities known as konkatsu, of those people who got married in Japan in 2020, 16.5% met their spouse through konkatsu services, such as marriage agencies, online marriage matchmaking services, as well as at matchmaking parties and events. This was a 3.5 percentage point increase from the previous year and a record high for the third year in a row.

The 2021 survey was run online May through June and received responses from 50,000 men and women aged 20 to 49. This is an annual survey conducted by Recruit Bridal Research Institute, operated by the human resources company Recruit. 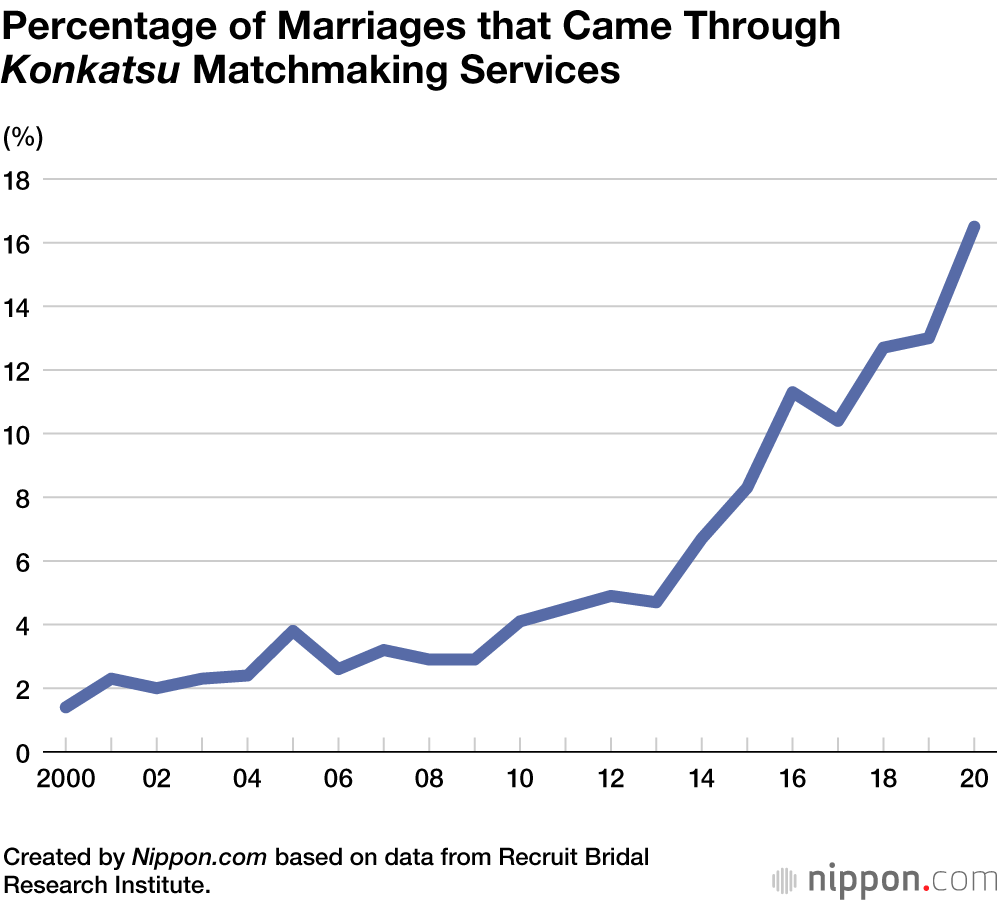 Breaking down the 2020 marriages by service used, there was a 0.8-point year-on-year drop to 2.7% for people who used marriage agencies. Marriages through konkatsu matchmaking parties and events also fell by 0.5 points to 2.7%. Marriages from online konkatsu services, on the other hand, rose by 4.8 points during the same period to 11.1%, indicating that use of these led to more cases of people getting married.

There was a further increase by 2.7 points to 33.1% for those who got married in 2020 who had experience of using a konkatsu service, while the percentage of those who used a service and got married through it rose by 7.1 points to 49.9%. These two rates were both the highest on record. 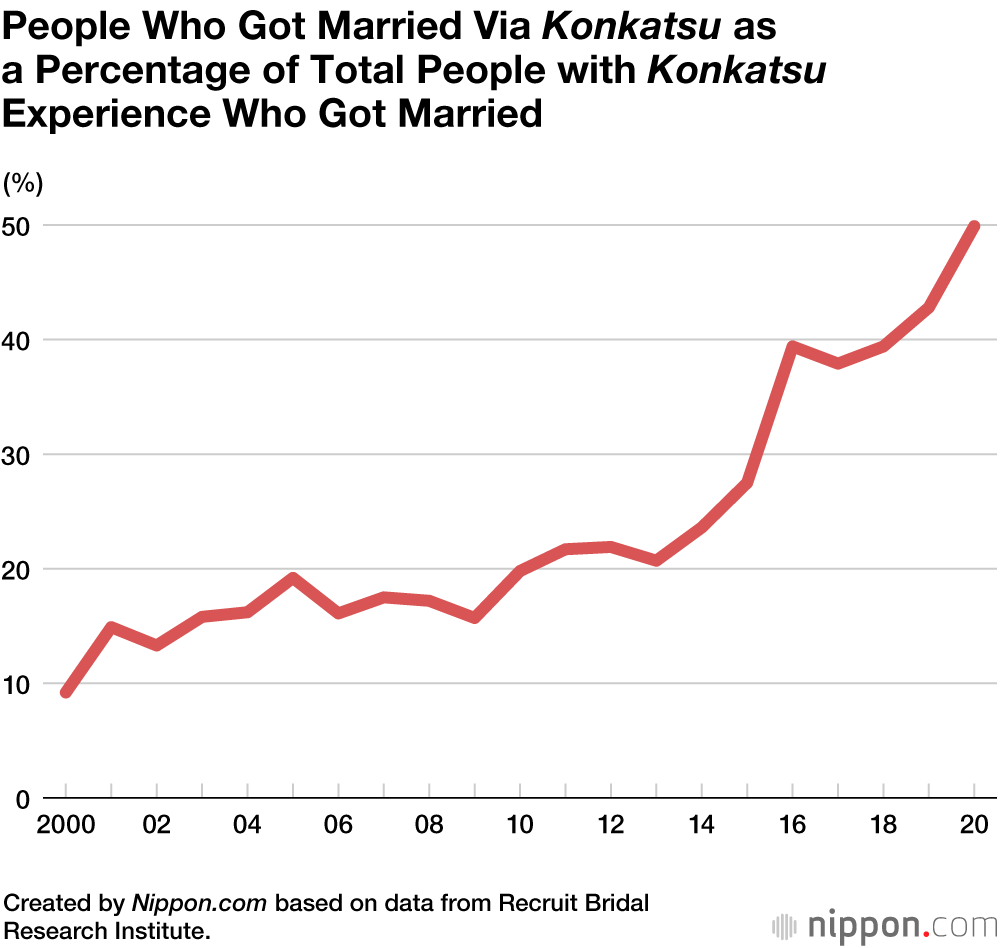 Among single people who wanted to find love or a spouse, those who had used a konkatsu service increased to 27.2%, a four-year consecutive rise. The survey revealed that more people are using online konkatsu matchmaking services in particular, and that they have become an established way of meeting a future spouse.