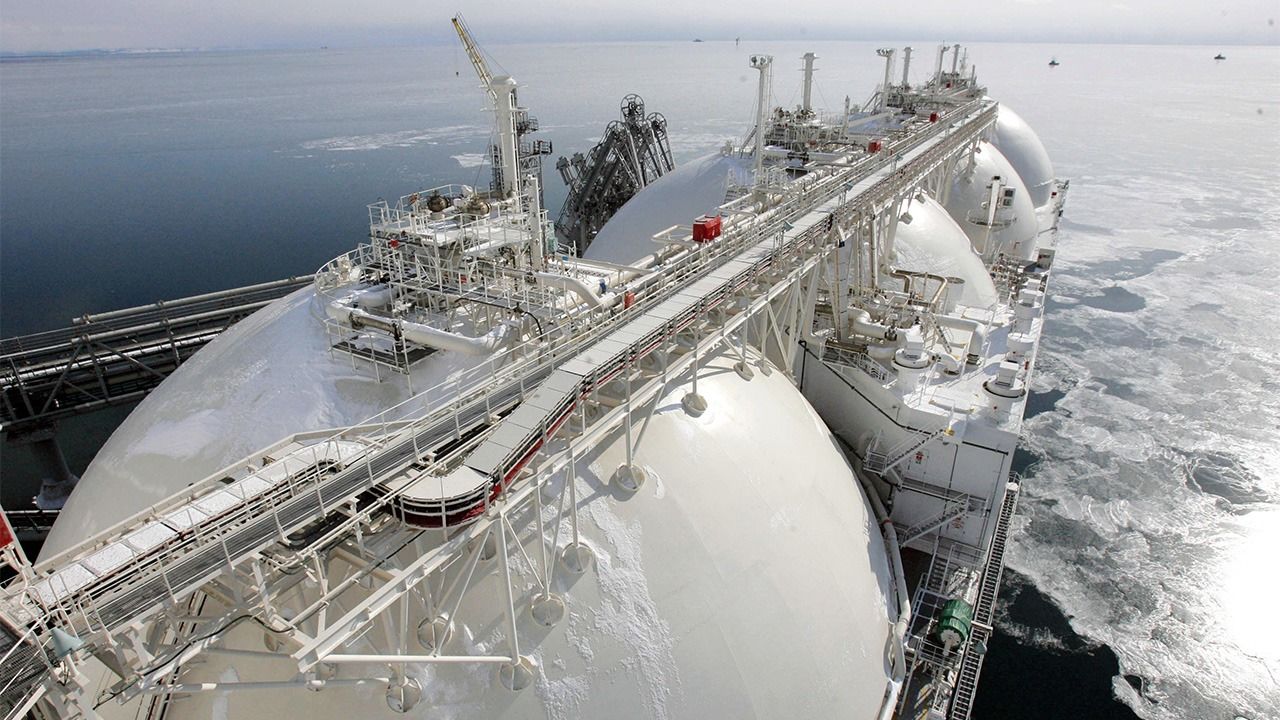 Japanese Trade with Russia in 2021

Economy Politics World Mar 2, 2022
Following Russia’s invasion of Ukraine from February 24, 2022, Japan has moved to impose sanctions together with the United States, European Union members, and other nations. A statistical look at Japan’s 2021 trade with Russia, which has provided Japan with liquefied natural gas and other energy resources.

Trade statistics from Japan’s Ministry of Finance show that in calendar year 2021, the value of Japanese imports from Russia rose 34.8% from 2020, to ¥1.5 trillion. This represents 1.8% of Japan’s total import value of ¥84.6 trillion. Imports from Russia were mainly energy resources—including liquefied natural gas, coal, and oil—and nonferrous metals for industrial use. 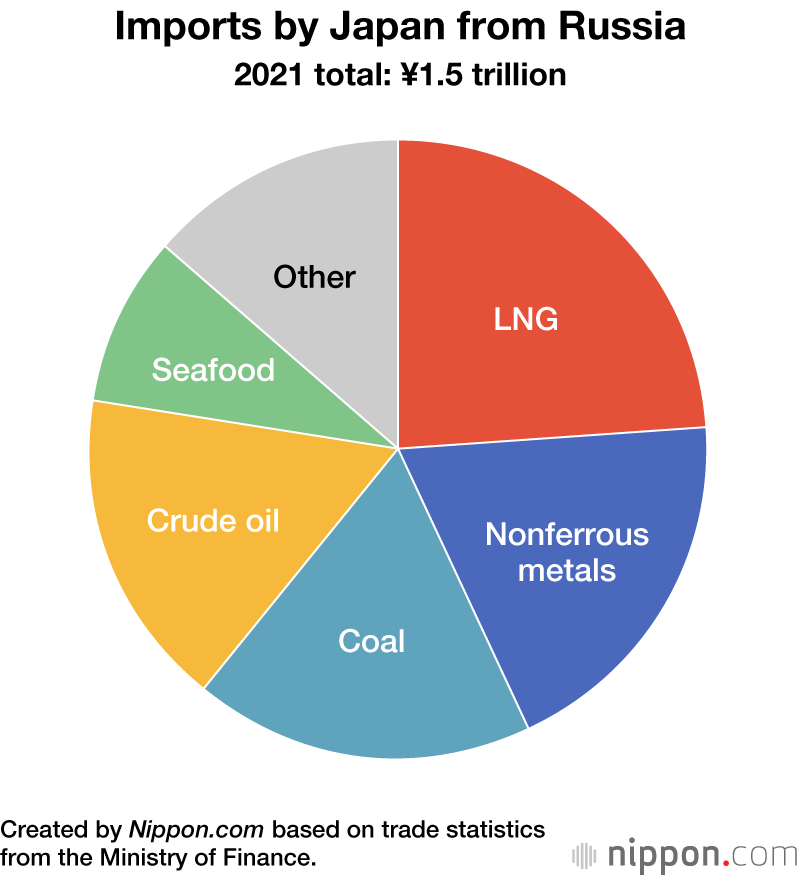 Japan began importing LNG from Russia with the start of operations at the Sakhalin-2 oil and gas development in 2009. Investors included Mitsubishi and Mitsui & Co. of Japan. Although exact figures vary by year, Russia has supplied around 7%–8% of Japan’s LNG imports. 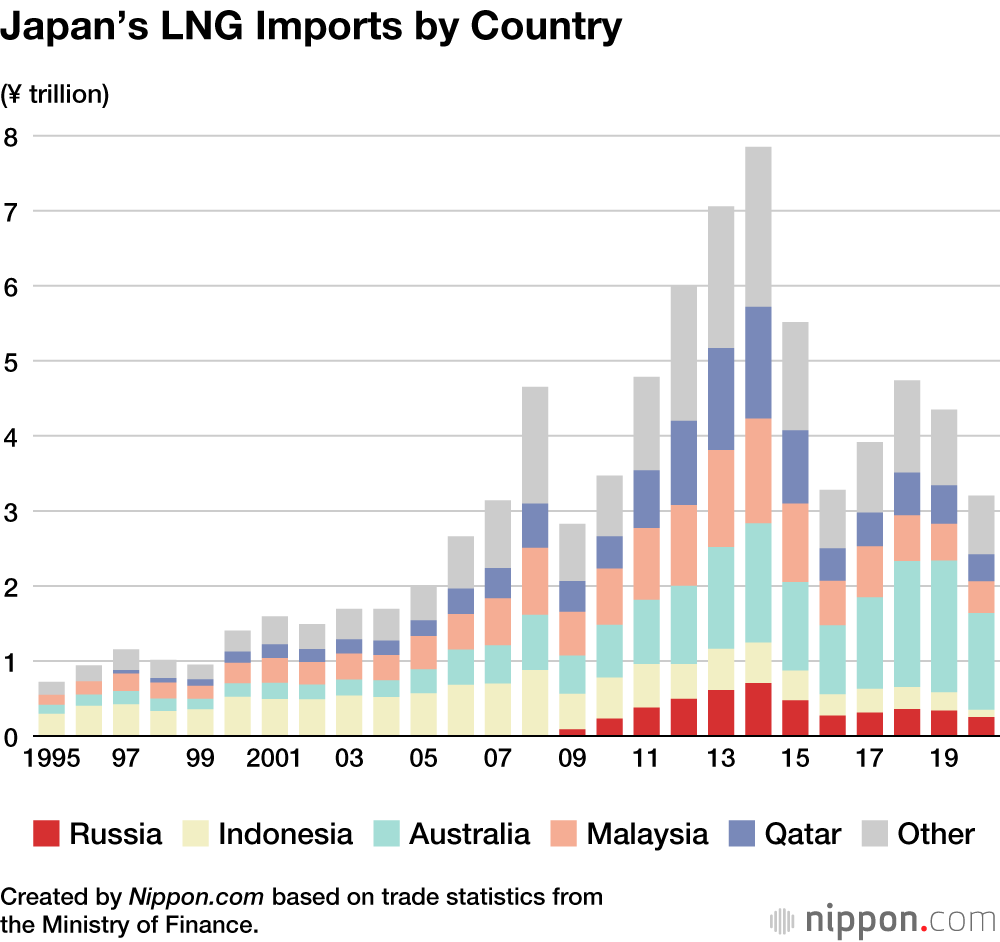 Japanese exports to Russia in 2021 increased by 37.4% to ¥862.4 billion, mainly in the form of automobiles and automobile components. Japan has imposed sanctions on the export of semiconductors and related products to Russia, but the total export value for these goods in 2021 was just ¥584 million, accounting for 0.1% of the overall value. 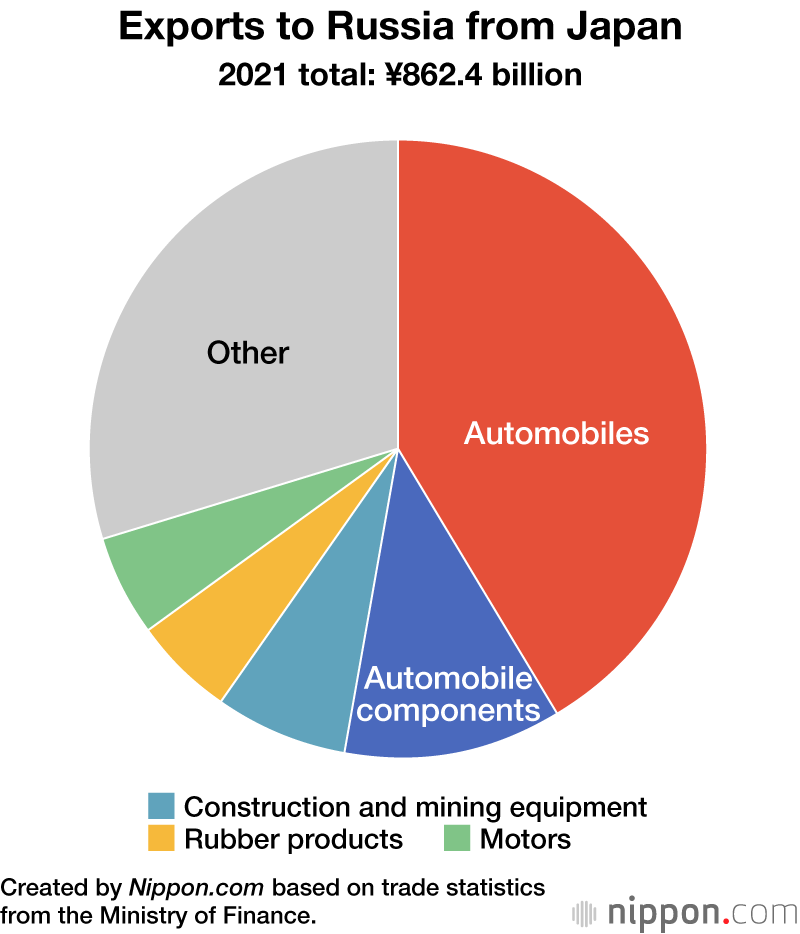 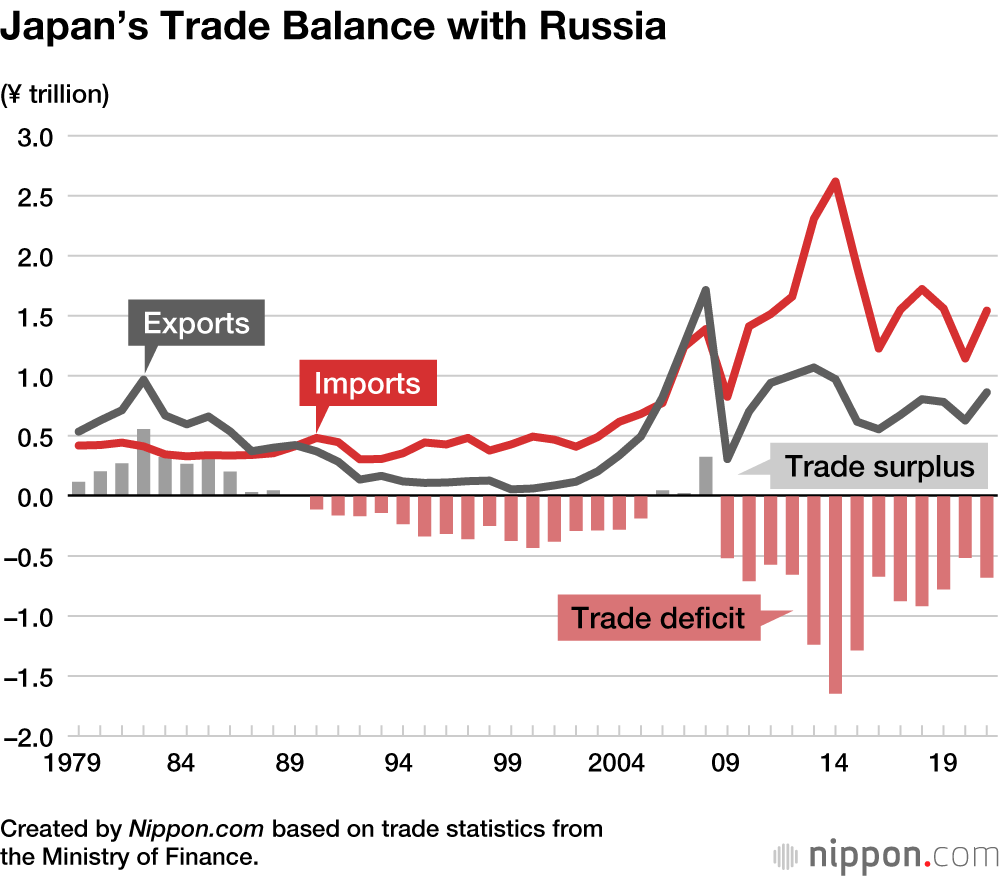