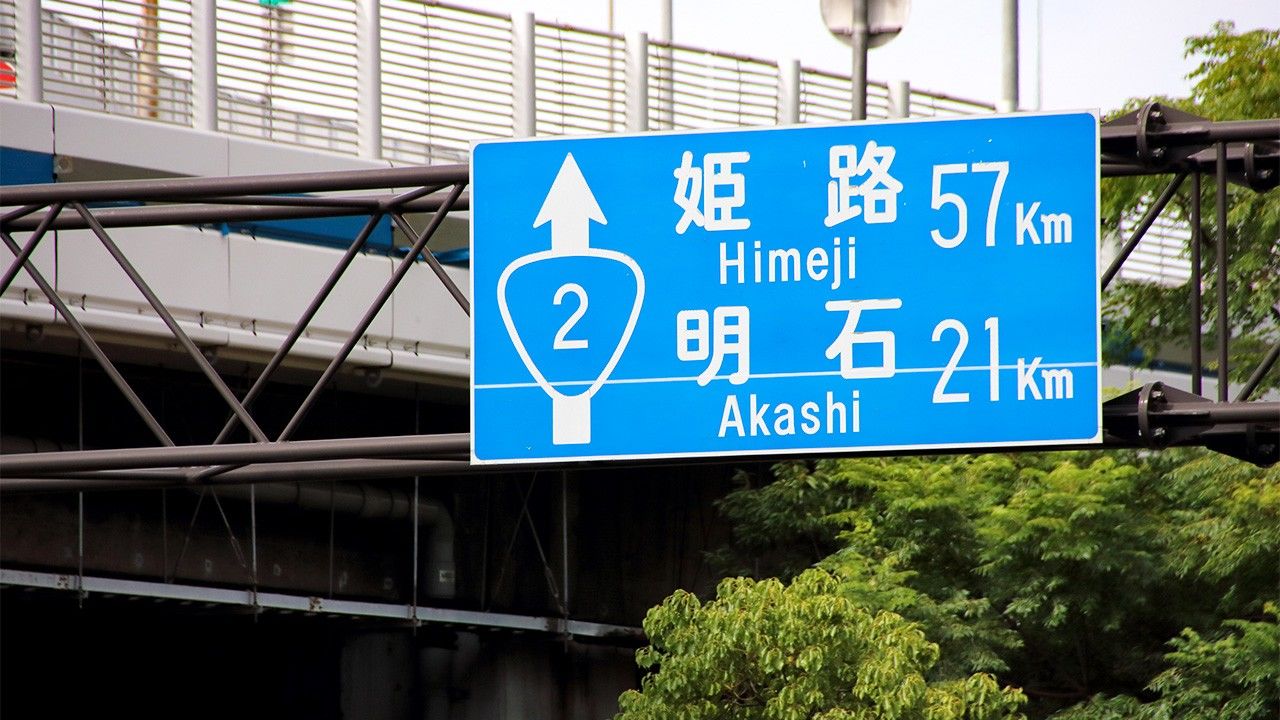 Education Culture Nov 2, 2022
Signs on highways and at railway stations in Japan show place names in both Japanese and Roman letters, although the rōmaji system employed can vary. The Hepburn system dominates, but the Kunrei and Nihon systems are also seen around the country.

Japanese words spelled in rōmaji, or the Roman alphabet, are ubiquitous in Japan, appearing on signage on roads and at train stations as well as on product labels and in advertisements. Elementary school children first learn to spell Japanese words using the Kunrei system, but the Hepburn system is the most widely used. A less well-known Nihon system also exists.

A survey on Japanese language use by Japan’s Agency for Cultural Affairs sheds light on the prominence of the different systems. Concerning the Romanized spelling of the Hyōgo Prefecture city 明石, 75.4% of respondents chose the Hepburn spelling “Akashi” and 23.3% the Kunrei spelling “Akasi.” Hepburn was also the dominant form when rendering the prefecture 愛知, with 88.0% spelling it “Aichi” compared to 10.8% who chose the Kunrei form “Aiti.”

The various rōmaji styles have distinct backgrounds. The Hepburn system was devised by a group that included US missionary James Curtis Hepburn, to whom history has assigned sole naming credit after he adopted the form for the third edition of a popular Japanese-English dictionary, published in 1886. The Kunrei system derives from the earlier Nihon system and is the first form that most children learn. As Hepburn is easier for people with English-language backgrounds to pronounce, it has become the dominant form and is used on important documents like passports and road signs. 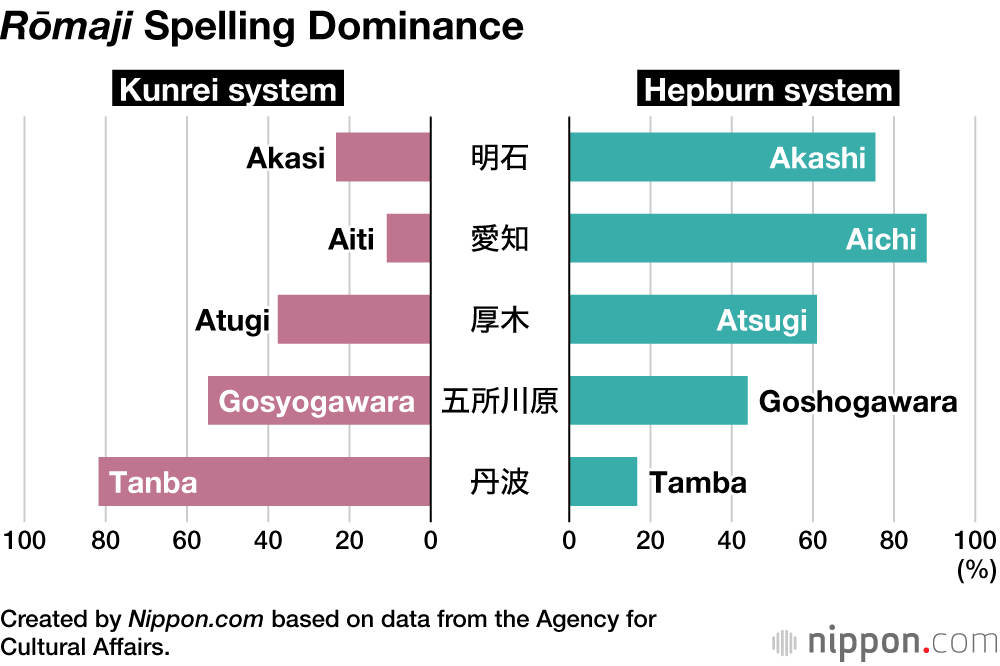 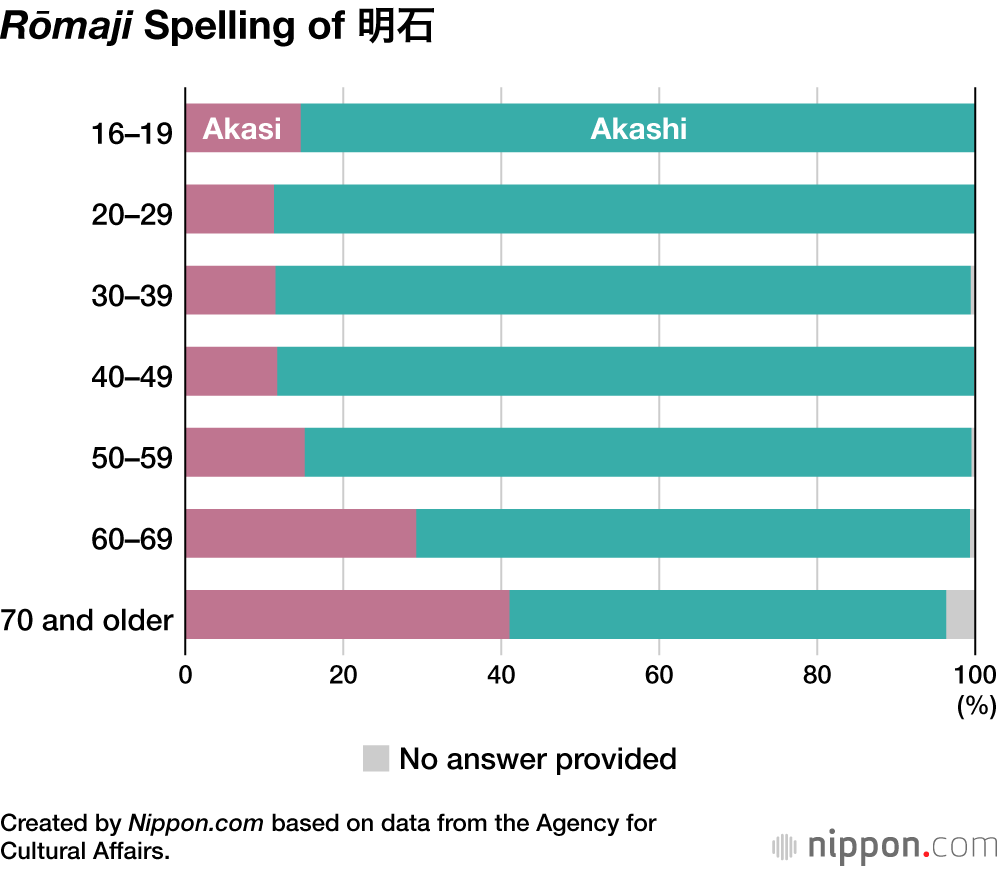 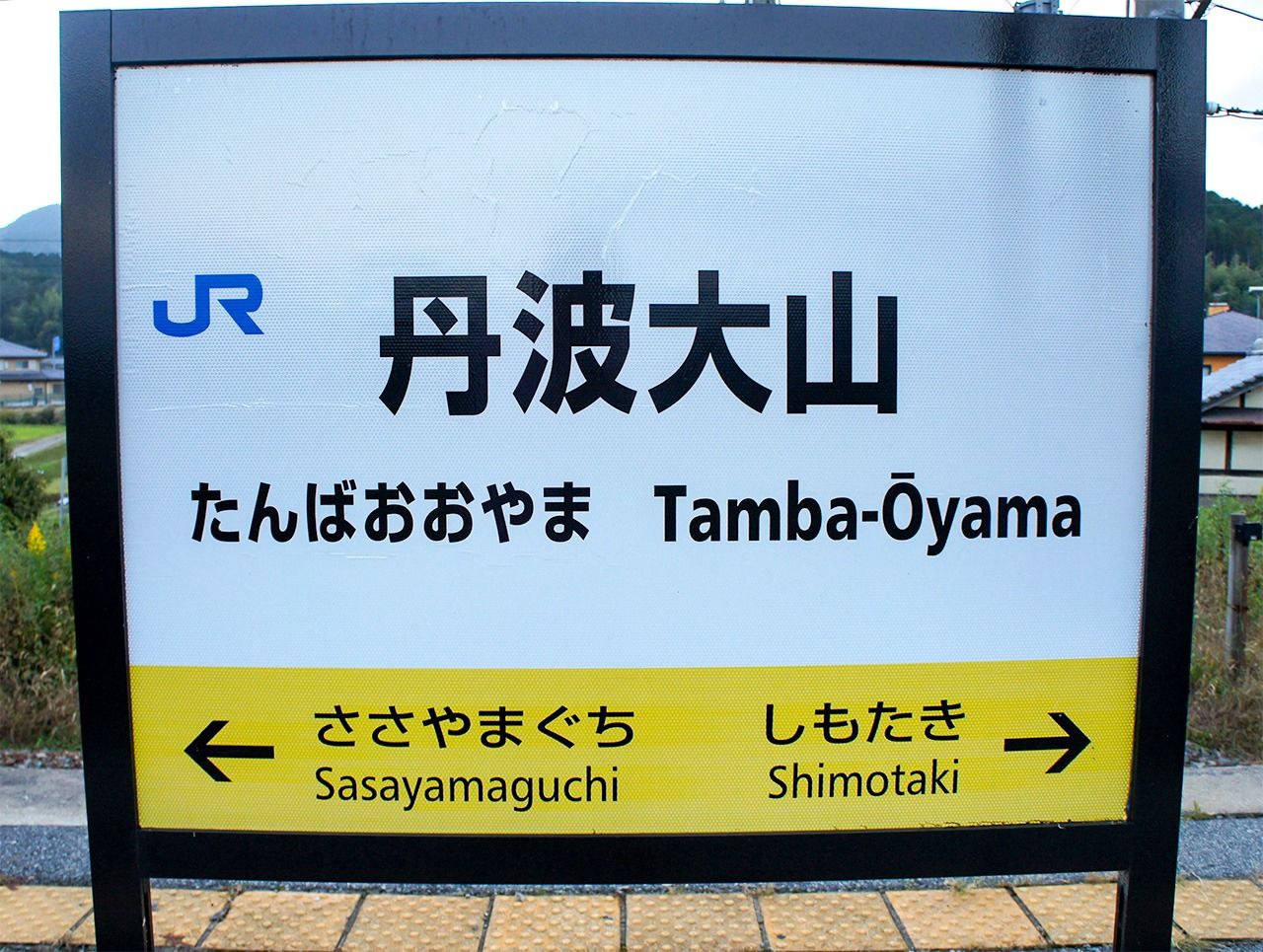 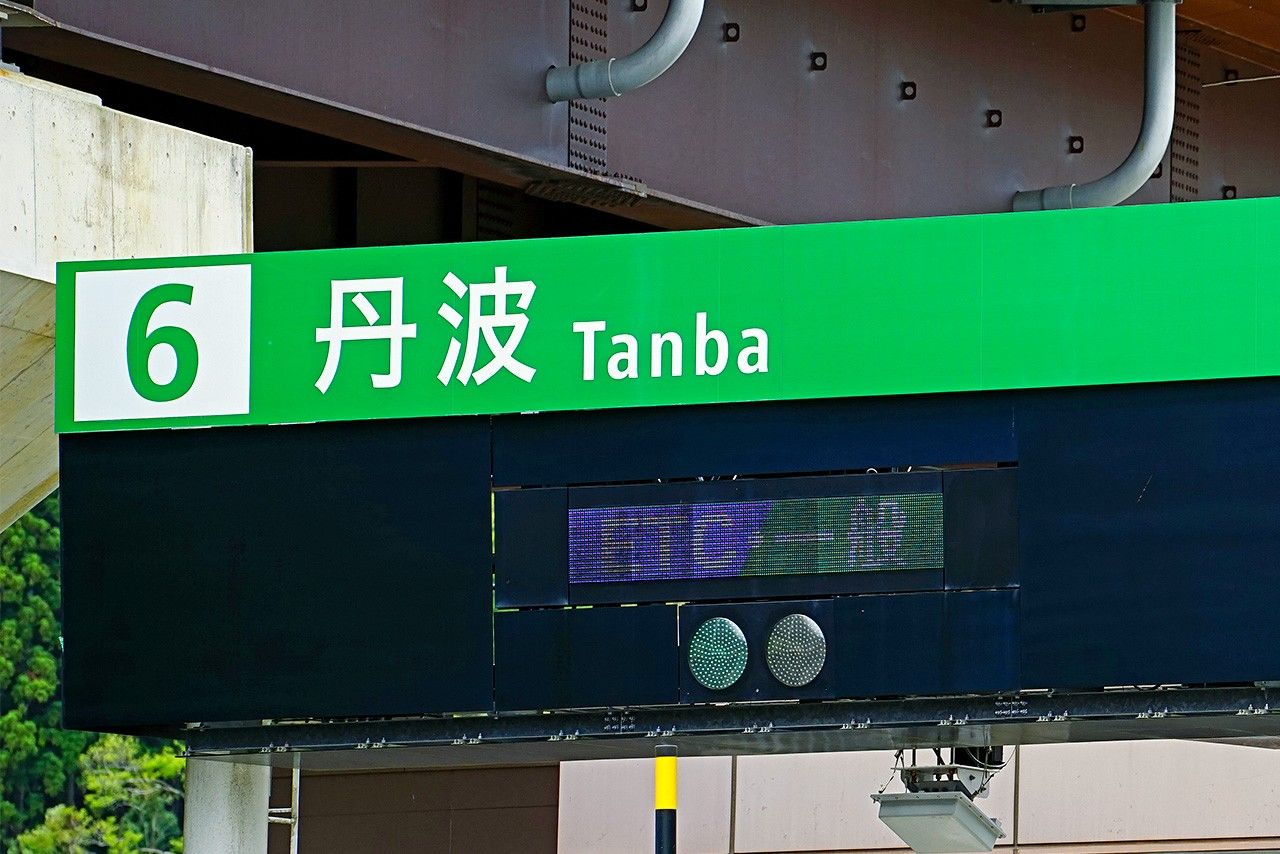 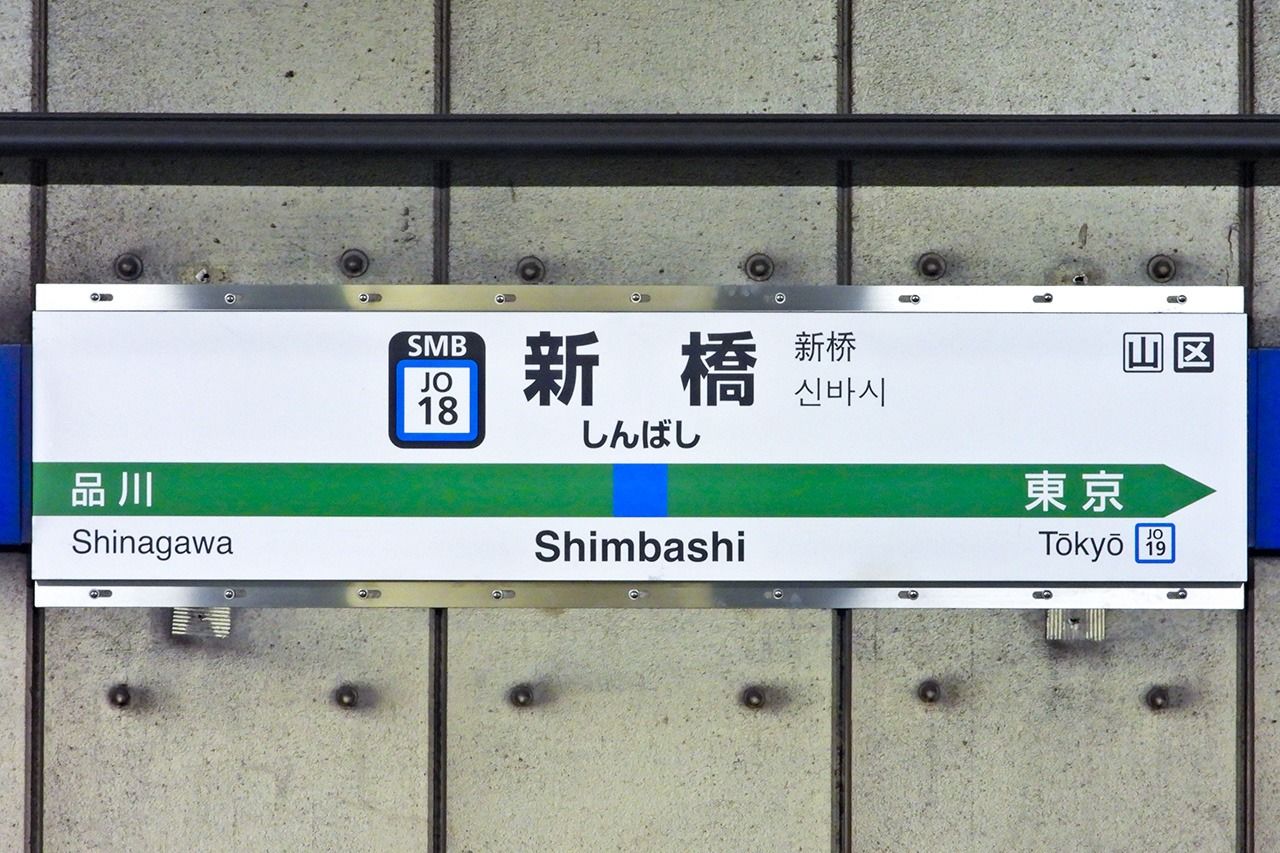 A sign for Shimbashi Station illustrates how in the Hepburn system, the hiragana character ん is spelled as an “m” when coming before a “b,” “m,” or “p.” (© Pixta)

The survey also looked at the frequency people used rōmaji when typing Japanese. Respondents in their twenties, thirties, and forties, who rely heavily on digital devices like computers and smartphones in their work and personal lives, used it most often. Overall, 54.7% of people said they used it either regularly or occasionally, although many said that the existence of three overlapping systems resulted in some confusion regarding spelling.

A government advisory council that follows changes in Japanese language usage is planning to consult with experts and conduct a broad survey over several years to draw up recommendations for rōmaji spelling of Japanese words. 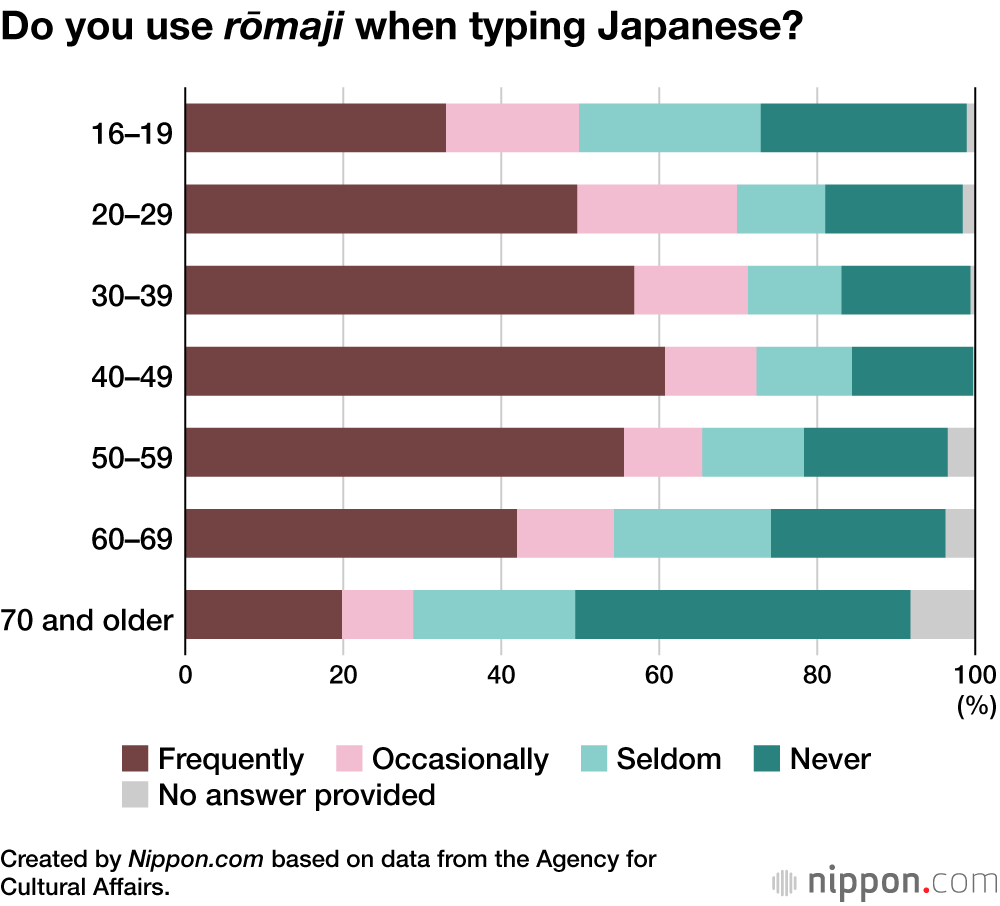 (Originally published in Japanese. “Akashi” and “Himeji” on a road sign spelled with the Hepburn system. © Pixta.)