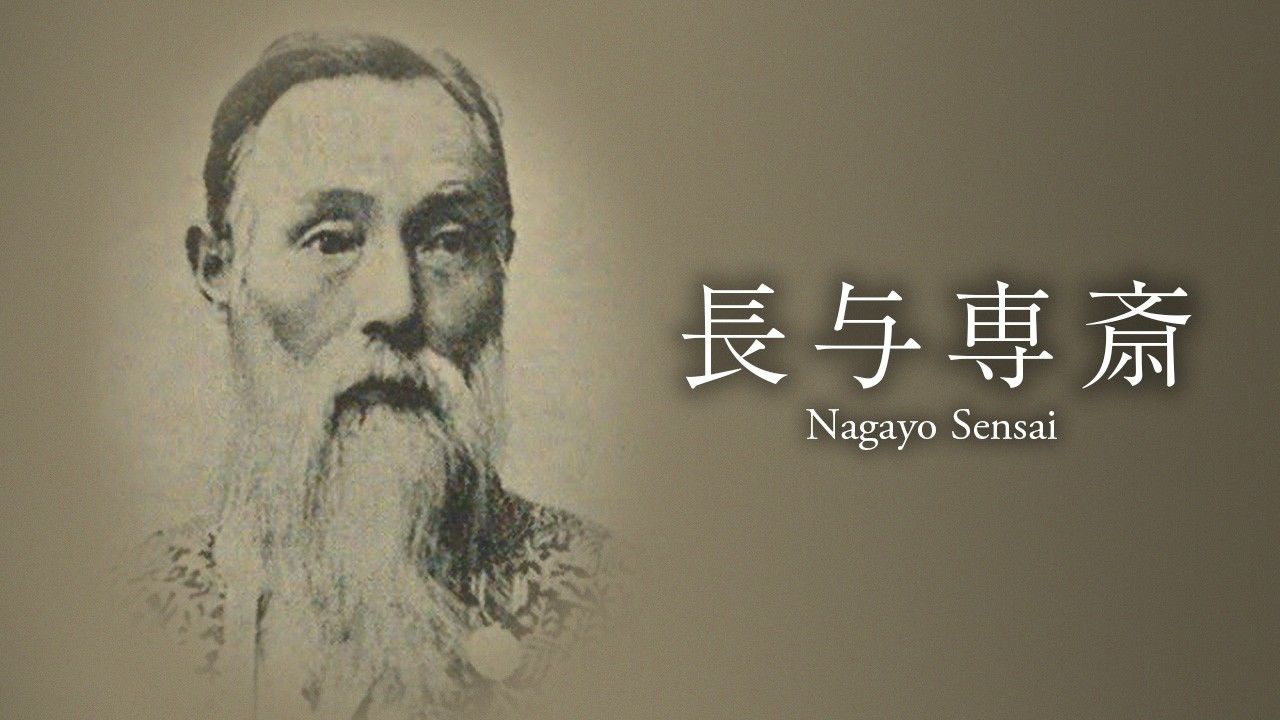 Society Health History Lifestyle Jul 4, 2022
Nagayo Sensai designed systems that helped modernize the fields of medicine and hygiene in Japan. He also worked on infectious disease countermeasures and recognized the talent of Gotō Shinpei and Kitasato Shibasaburō. A look at the life of the official who revolutionized Japanese health systems during the turbulent years around the Meiji Restoration.

The Turning Point of the Iwakura Mission

Nagayo Sensai was a medical scholar who helped build the foundations for Japan’s medical systems following the Meiji Restoration, and is also known for his role in establishing early hygiene-related governance. It was Sensai who coined the Japanese term eisei, equivalent to “hygiene,” borrowing a word from the ancient Chinese Taoist text Zhuangzi (historically Romanized as Chuang Tzu).

Sensai was born in 1838 in the Ōmura Domain, Hizen Province (present day Nagasaki Prefecture), into a family of physicians. His father died suddenly when he was just four, and he was subsequently adopted by his grandfather Nagayo Shuntatsu, who raised him to become a doctor. Shuntatsu was renowned as a practitioner of traditional Chinese medicine, but was deeply impressed by Kaitai shinsho (New Book of Anatomy, a translation by Maeno Ryōtaku and others of a Dutch anatomical text), and turned his attention to Dutch medical studies, although it was forbidden in Japan at the time. This led to his dismissal as an official, and a subsequent period of hardship, but as enthusiasm for Dutch medical studies grew, he was seen as a leader in the field. As a consequence, he was re-employed by the domain government, and saved many lives during a smallpox epidemic in the region using the cowpox vaccine, a cutting-edge medical technique at the time.

In 1854, Sensai’s grandfather sent him to Tekijuku, a school founded by Ogata Kōan, a scholar of Dutch medicine and other Western science subjects. He excelled at his studies, and eventually became the school’s eleventh head, as successor to Fukuzawa Yukichi. Tekijuku taught a wide range of subjects aside from medicine, and its alumni included Ōmura Masujirō, Hashimoto Sanai, and many who would become key statesmen after the Meiji Restoration, but it did not satisfy Sensai’s thirst for medical knowledge. In 1861, he traveled to Nagasaki with Kōan’s encouragement, where he studied physics, chemistry, anatomy and other subjects at the Igaku Denshūsho (Medical Training Institute) established by Dutch naval physician J. L. C. Pompe van Meerdervoort.

Later, he briefly returned to Ōmura to take over his family’s business, before the domain government sent him back to Nagasaki to study Western medicine under Pompe van Meerdervoort’s successor Antonio Bauduin, at Seitokukan, a medical institution established by the shogunate. In 1868, he was appointed as the institution’s head, and following the Meiji Restoration, he was appointed president when the school was renamed Nagasaki Igakukō (predecessor to the Nagasaki University School of Medical Sciences). The institution’s educational program was divided into preparatory and regular courses, the former covering scientific knowledge, including mathematics, physics, chemistry, and biology, while the latter focused on medicine, a system that formed the foundation for Japan’s modern medical courses.

In 1871, with the creation of the Ministry of Education, he traveled to Tokyo and worked as a professor in the ministry, his first step into the central bureaucracy. The next turning point in his career came when he was chosen as a member of the Iwakura Mission, a study group that traveled to the United States and Europe. He left with the group in November 1871, visiting Western medical institutions that were far more advanced than those in Japan. Furthermore, he saw that Western medical and hygiene authorities emphasized prevention over treatment, which proved a decisive factor in his subsequent endeavors. He was especially impressed in the Netherlands with the importance placed on the living and urban environment, in particular on development of water and sewer services and on home hygiene.

After his return to Japan in 1873, Sensai was appointed head of the ministry’s Medical Affairs Bureau. When this bureau was transferred to the jurisdiction of the Ministry of Home Affairs in 1875, Sensai chose the term eisei to express health and hygiene as a whole, changing the agency’s name to Eiseikyoku (Hygiene Bureau), of which he became the first director. In 1876, he established the Smallpox Prevention Regulation and later inaugurated the Vaccination Proclamation, requiring that all people be vaccinated against smallpox. In his autobiography, Sensai wrote of his discovery that Western governments had dedicated administrative bodies responsible for maintaining the health of all citizens. He aspired to create such an administration within the new Meiji government, and served as director of the resulting Hygiene Bureau for 18 years.

Sensai was responsible for instigating many of modern Japan’s medical structures, but among them, of particular note is the examination system to become a qualified doctor. At the time, practitioners of traditional Chinese medicine had a strong influence, and Sensai anticipated that the implementation of examinations based on Western subjects would aggravate them, leading to trouble. Traditionally, the medical profession was hereditary or directly transmitted from master to pupil, and exams were considered unnecessary. Nevertheless, Sensai implemented an examination system in 1879, which he believed was essential in order to raise the standard of medical practice in Japan. Existing physicians were licensed by the Ministry of Education without being required to take the exams, but efforts were also made to gradually increase the number of examinees who had trained in Western medicine. This resulted in a decline in Chinese medical practice, achieving a paradigm shift from Eastern to Western medicine. Furthermore, medical educational systems were developed for teaching Western medicine, in response to the changing times.

Sensai also worked to reform pharmaceutical systems. Burgeoning trade following the Meiji Restoration led to increased imports of Western medicines into Japan, but there was still a lack of understanding of the medicines, and unscrupulous Western merchants were selling defective and fake drugs, some with harmful effects. Consequently, in 1874, an office was established to inspect imported medicines, first in Tokyo, with further offices later created in Yokohama and Osaka. But inspections were lenient​, and were unable to exercise the required capability. This spurred the formulation in 1883 of the Japanese Pharmacopoeia, a standard text to regulate the quality of drugs, which was issued nationwide the following year. Dai Nippon Seiyaku (now Dainippon Pharmaceutical) was founded in 1885, bringing together Japanese chemists, with the aim to realize the domestic manufacture of drugs that conformed with the JP. This was the start of modern Japan’s pharmaceutical industry.

Sensai also left his mark in the development of infectious disease countermeasures. Cholera outbreaks occurred in Japan in the Edo period in 1822 and 1858, and again in the Meiji era, successively in 1877, 1879, 1882 and 1886. Over 100,000 people died from the disease in both 1879 and 1886. Sensai realized that the infection was being spread through water, and instigated construction in 1883 of a sewage system in Kanda, the area of Tokyo that had been hardest hit. This spurred the construction of waterworks in Yokohama, Nagasaki, Osaka, Kobe, Hiroshima, and elsewhere across the country. Sensai thought government and citizens should cooperate in countering infectious disease, and he opposed restrictions similar to modern-day lockdowns. He believed that using governmental authority​ to force the isolation of citizens would hamper the success of hygiene governance. Japan’s COVID-19 response of requesting citizens to exercise self-restraint was possibly influenced by Sensai’s approach.

Among his other achievements, he advocated for the establishment of designated swimming areas at Futamiura Beach in Ise (Mie Prefecture) and Yuigahama in Kamakura (Kanagawa Prefecture) to promote public health. He also helped establish Kamakura Kaihin In, a seaside sanatorium. We should never forget Sensai’s efforts for the health and wellbeing of the population at large.

A Good Eye for Talent

Sensai also recognized the talent of Kitasato Shibasaburō. Kitasato was the first person to grow the tetanus bacillus in pure culture, and discovered antitoxins, but after he returned to Japan in 1892, he was not invited to Tokyo’s Imperial University (now, the University of Tokyo), and remained unemployed. It was Sensai who rescued Kitasato from his predicament. After talking with Fukuzawa Yukichi, his friend since his time at Tekijuku, Sensai helped found Japan’s first facility for the research into infectious disease for Kitasato, developing the organization, while Fukuzawa prepared the land and building. Fukuzawa approached Morimura Ichizaemon for financial assistance, and the private Institute for Study of Infectious Disease was launched in 1892. The institute was later bequeathed to the nation. In 1914, when jurisdiction for the institute was transferred from the Ministry of Home Affairs to the Ministry of Education, Kitasato resigned as director and established a new medical research center, the Kitasato Institute, with his own funds. This institute grew to produce many leading Japanese researchers in the field.

One more name that must not be forgotten is Gotō Shinpei. Gotō was a statesman who held a succession of posts, including minister of communications, minister for foreign affairs, mayor of Tokyo, home minister, and president of the Reconstruction Institute established after the Great Kantō Earthquake of 1923. But the foundation to his illustrious career was his time as a physician and then head of a hospital before being appointed director of the Hygiene Bureau following Sensai’s retirement. Gotō’s later success was no doubt in part due to his selection by Sensai.

As a technical bureaucrat, Sensai applied his medical knowledge to help to establish modern Japan’s medical and hygiene systems. His forefathers had been physicians, and many of his sons followed the family tradition. His eldest son, Shōkichi, studied medicine in Germany and established Japan’s first specialized gastrointestinal hospital after he returned to Tokyo. It was a renowned facility, even treating the author Natsume Sōseki for gastric ulcer. Shōkichi was also active in the Dai Nihon Shiritsu Eisei Kai (now the Japan Public Health Association), founded by Sensai based on his belief in the importance of public and private collaboration for the development of the hygiene industry. His third son, Matarō, studied pathology, also in Germany. After returning to Japan he was a professor at Tokyo Imperial University, later becoming dean of its Faculty of Medicine. He was chosen as the first director of the Japanese Cancer Association, and led cancer research in Japan.

Sensai’s fourth son, Yūkichi, joined the business world, and became the first president of Dōmei Tsushin, the official news agency of the Empire of Japan. His fifth son, Yoshirō, was an author and dramatist, and a member of the Shirakaba-ha literary society, whose works include his screenplay Seidō no Kirisuto (Christ in Bronze).